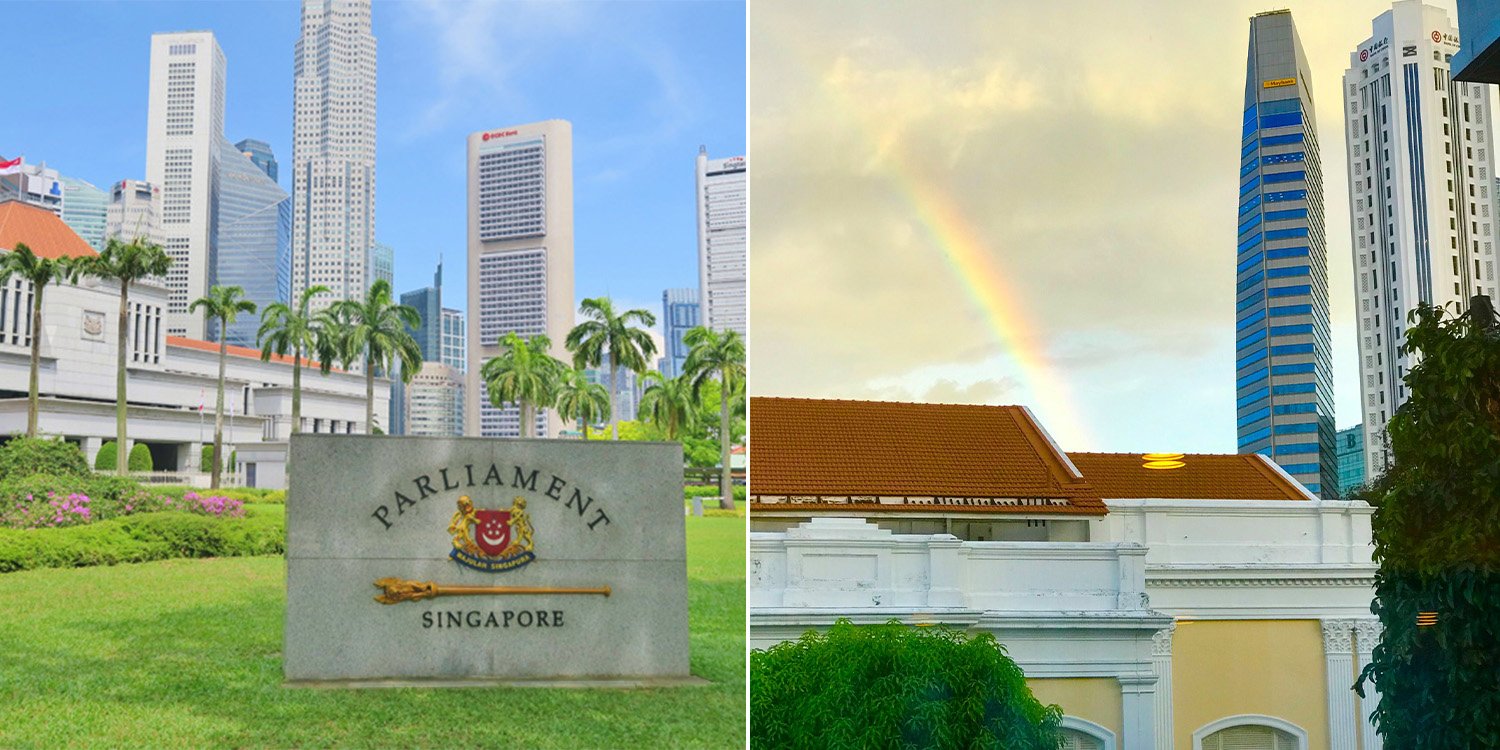 They say that rainbows are a reminder of a ray of hope after dark clouds and fierce winds.

Perhaps the spotting of a rainbow over Parliament House signifies just that.

On Monday (24 Aug), Prime Minister Lee Hsien Loong took a picture of a delightful rainbow over Parliament House as the swearing-in of Members of Parliament (MP) was competed.

Maybe the darkest days are indeed behind us.

As you may know, Covid-19 has impacted every Singaporean’s life, and we now face many difficulties.

Times are hard, and being the people in power means being responsible for how Singapore will deal with this.

The next few months will be especially crucial.

Yet, these challenges may well have a happy ending, if the rainbow is any indication. We’ve talked a bit before about PM Lee’s more than competent photography skills, and it turns out that he’s pretty good at capturing rainbow images too.

It comes after all the MPs were sworn in too.

We’re not really the superstitious sort, but PM Lee took a gander and proposed that perhaps the rainbow is a sign of hope and optimism.

Indeed, may the debates be robust and the policies scrutinised thoroughly.

Yesterday, as you may or may not know, was the first day of Parliament since it dissolved on 23 Jun.

You can catch a summary of President Halimah Yacob’s speech to open the session here.

At the same time, the General Election saw the tide swing against the PAP, as it garnered just 61% of the vote.

The Government had called for the election as one had to be held by Apr 2021, despite the risks during a Covid-19 pandemic.

But what’s done is done, and business will resume from now as the Government looks to push more policies to deal with the battered economy.

Congratulations to all sworn-in MPs

Time is of the essence now, and for better or worse, we have a new Parliament.

We’re all certainly looking forward to what’s in store, what with a stronger Opposition and new, more diverse voices voted in.

Congratulations to all sworn-in MPs!

Featured image adapted from Parliament of Singapore and Facebook.