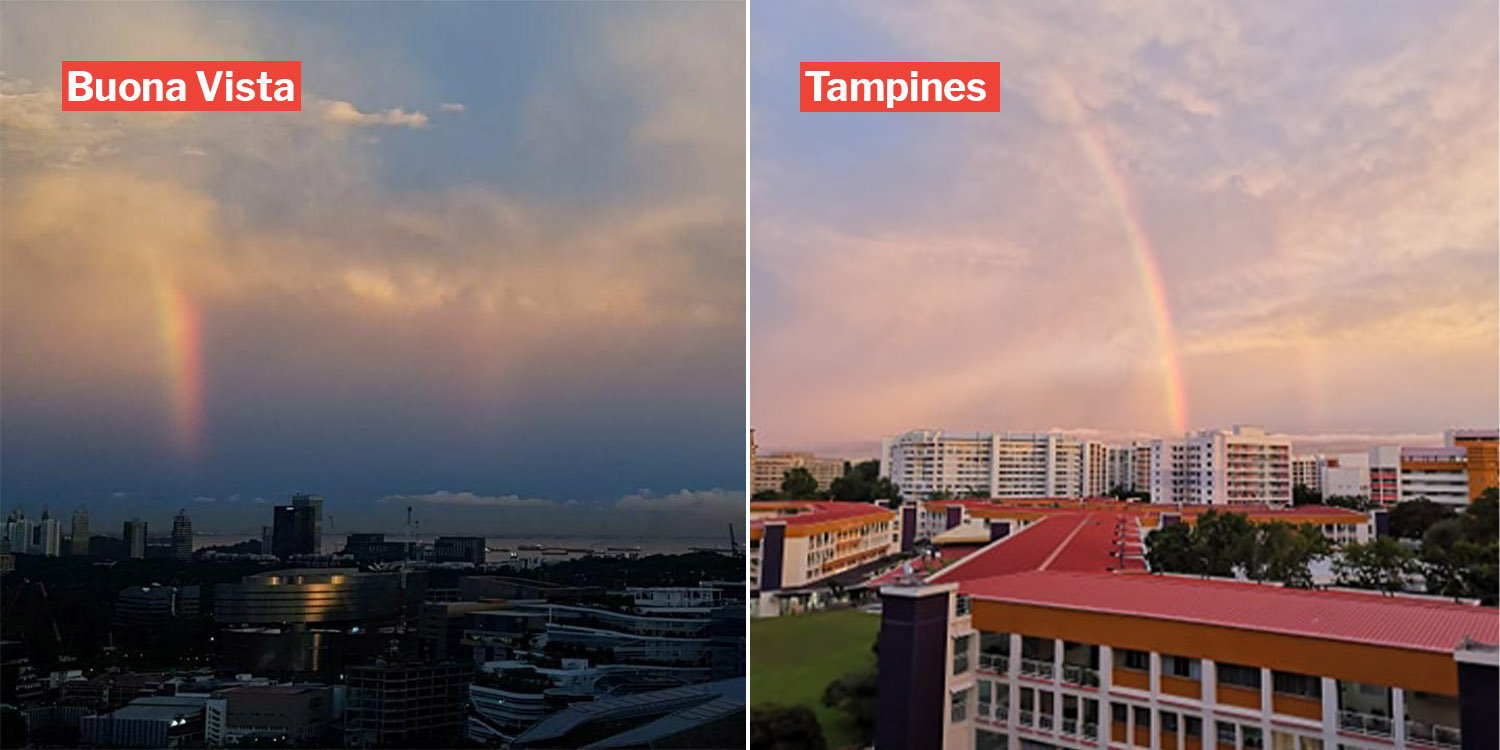 It’s 1 Jun and Singapore will be out of the ‘Circuit Breaker’ from tomorrow, 2 Jun onwards. And what better way to do so than with rainbows seen across the island after a heavy downpour?

Singaporeans reported viewing a majestic rainbow out of the sky in several locations, from west to east.

We’ve compiled some pictures our readers sent us, and we dare say that nobody was really disadvantaged by their location — pretty much everyone got a wonderful view.

From an unknown central area of Singapore, there appears to be not one, but two rainbows sprouting out of the rain 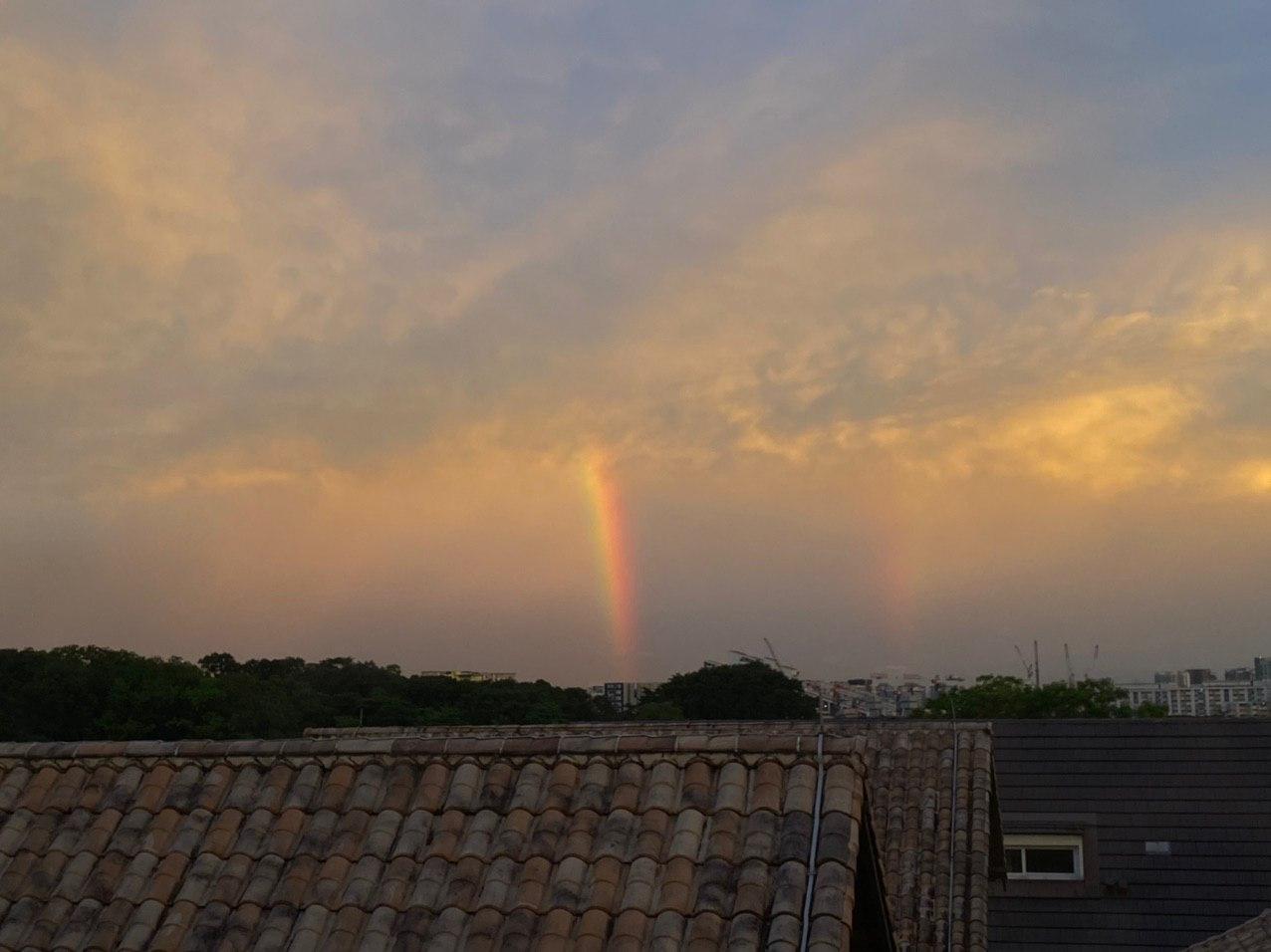 Double rainbow, what does it mean?

Large-than-life rainbow spotted in the East

Easties probably got the best seats in the house as they were treated to this sight of probably the longest rainbow of the pics we received, from a Tampines resident. 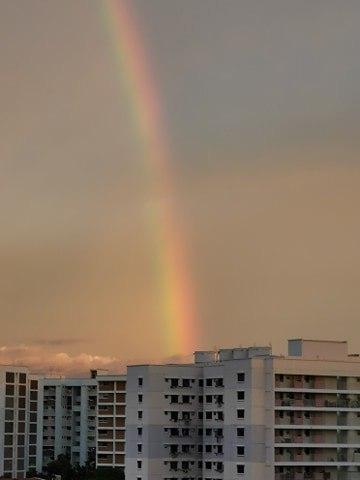 So long it was that we can’t even see the rainbow’s tail. 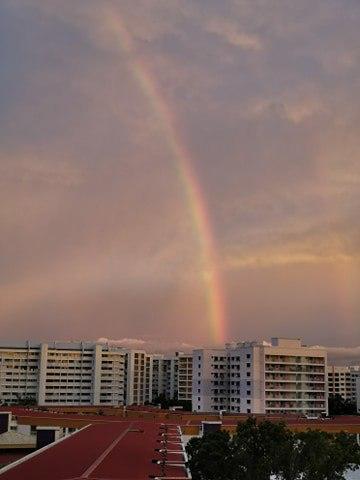 Another picture taken in the East shows the extent of the rainbow going further than even our imaginations can take us. 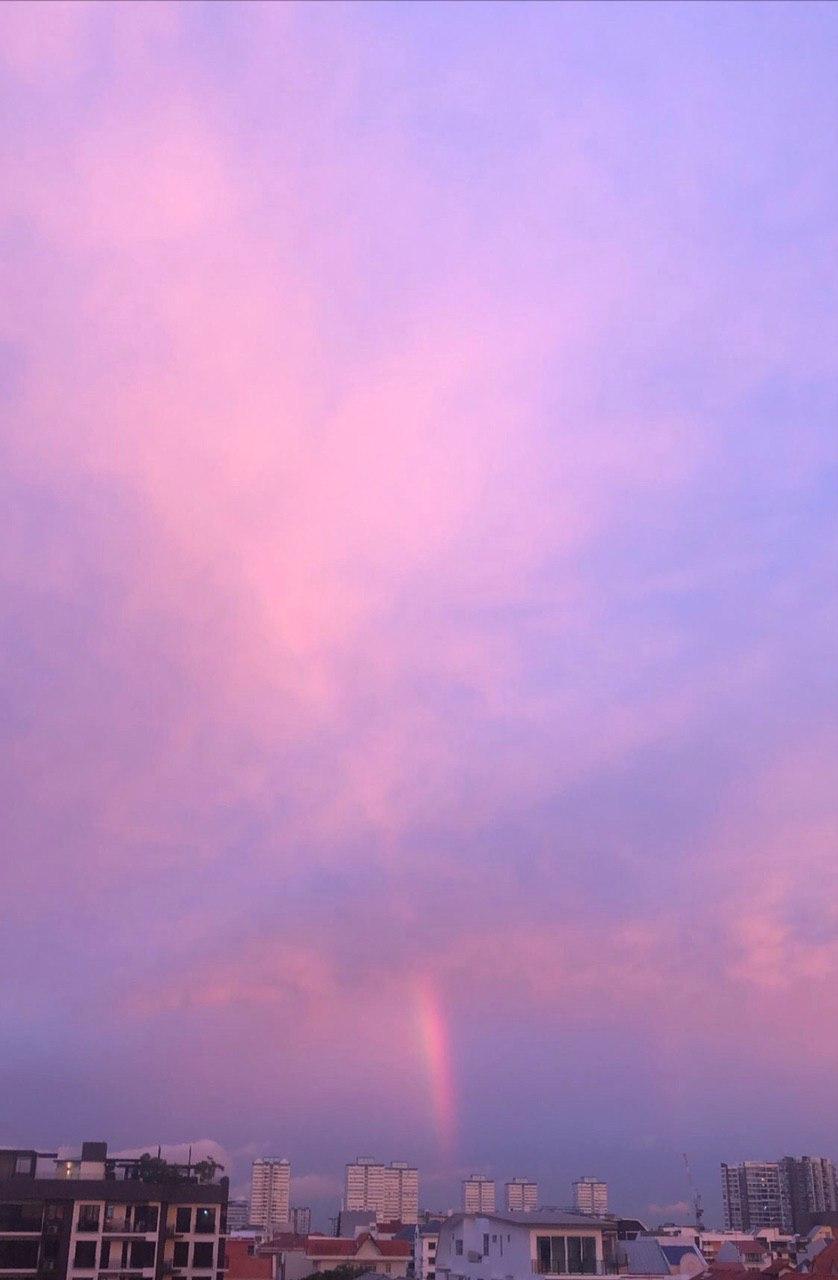 A reader in Bedok also got to witness a sight for sore eyes. Looks like the Easties have won this round. 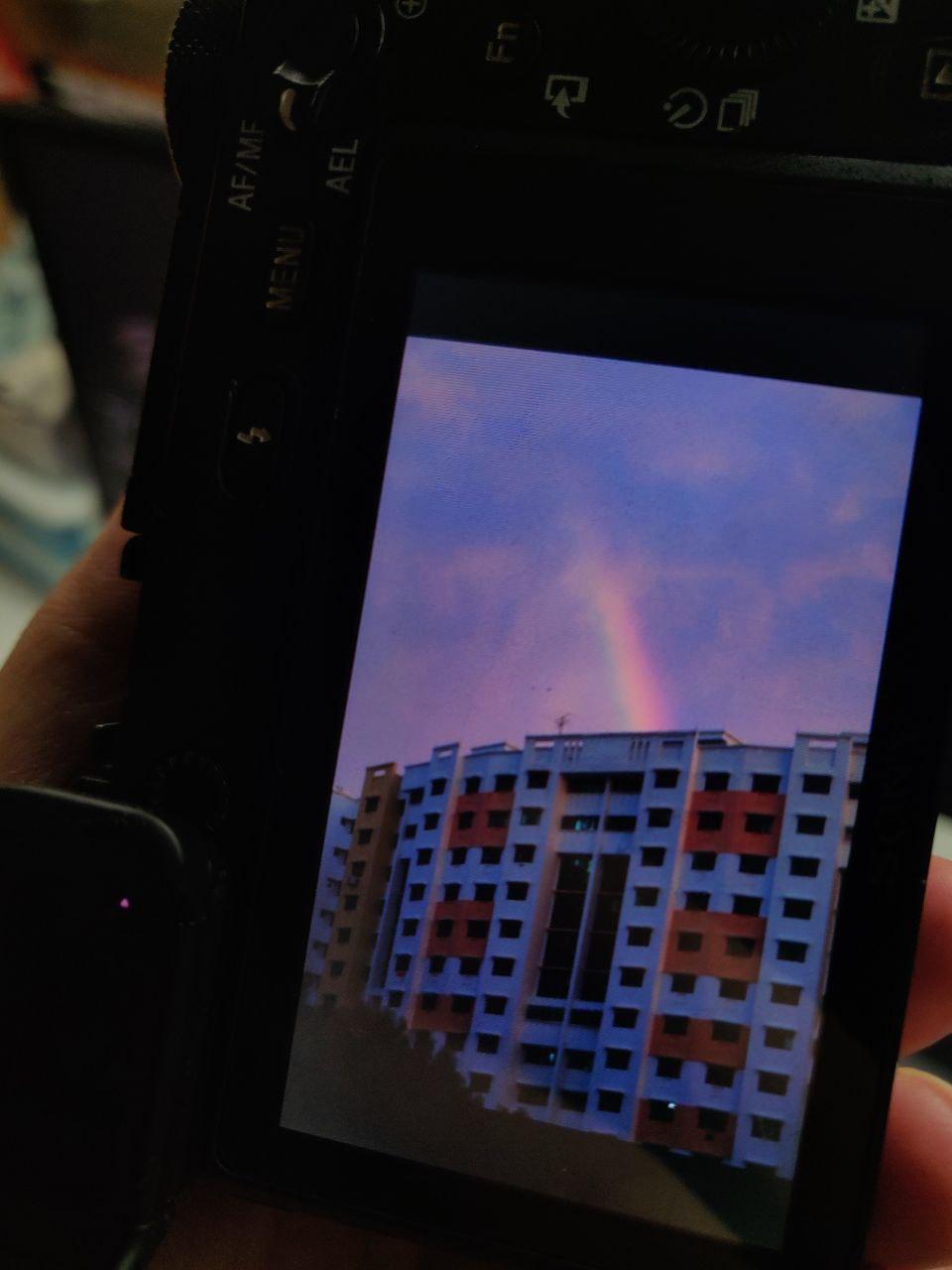 Cloud chasers in the north-east

Those in the north-east saw more clouds than rainbow, but it was a magnificent and colourful sight regardless — one half-expects a Buddha to come sailing from the clouds. 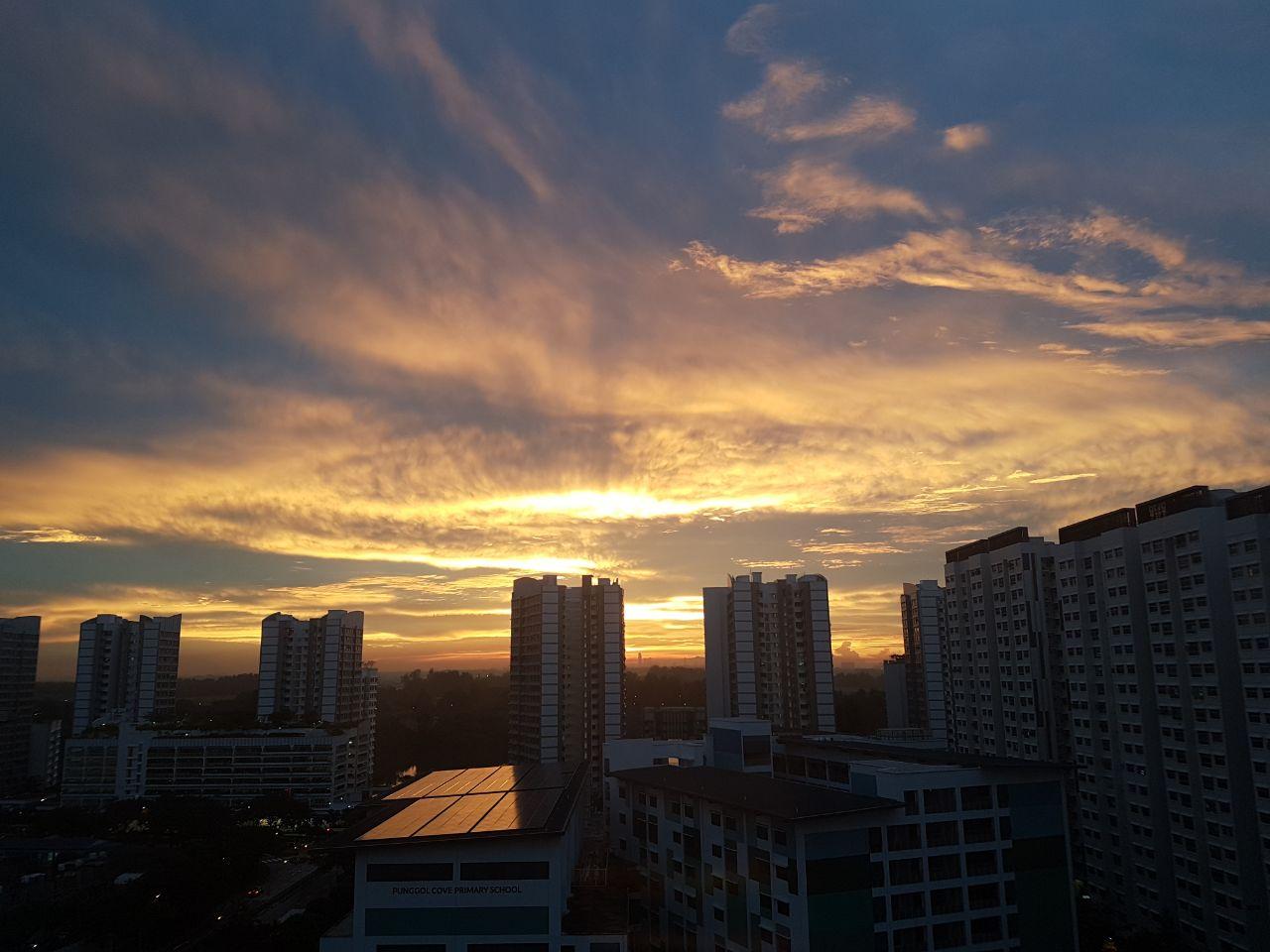 Further along the west coast in Buona Vista, the rainbow appears distant yet no less beautiful. 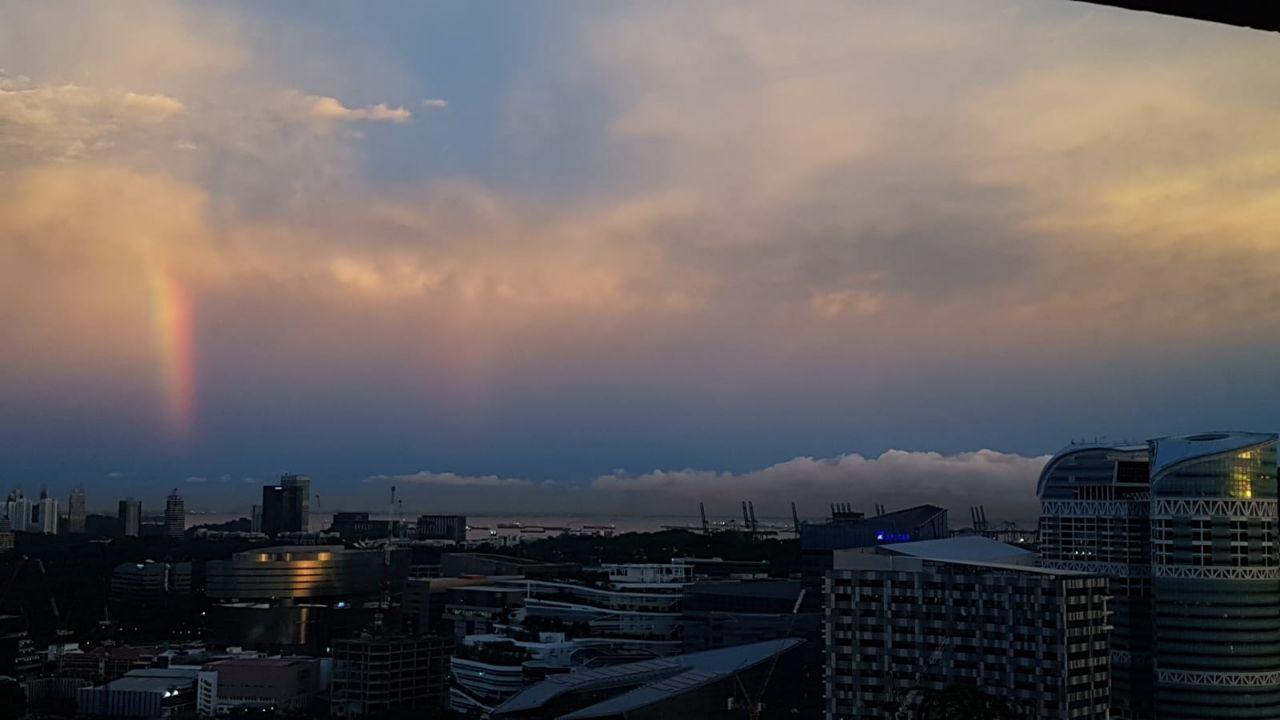 Reminiscent of the day when we witnessed a paddlepop sky, this MS News reader in the West didn’t see a rainbow but was treated to a light show anyway. 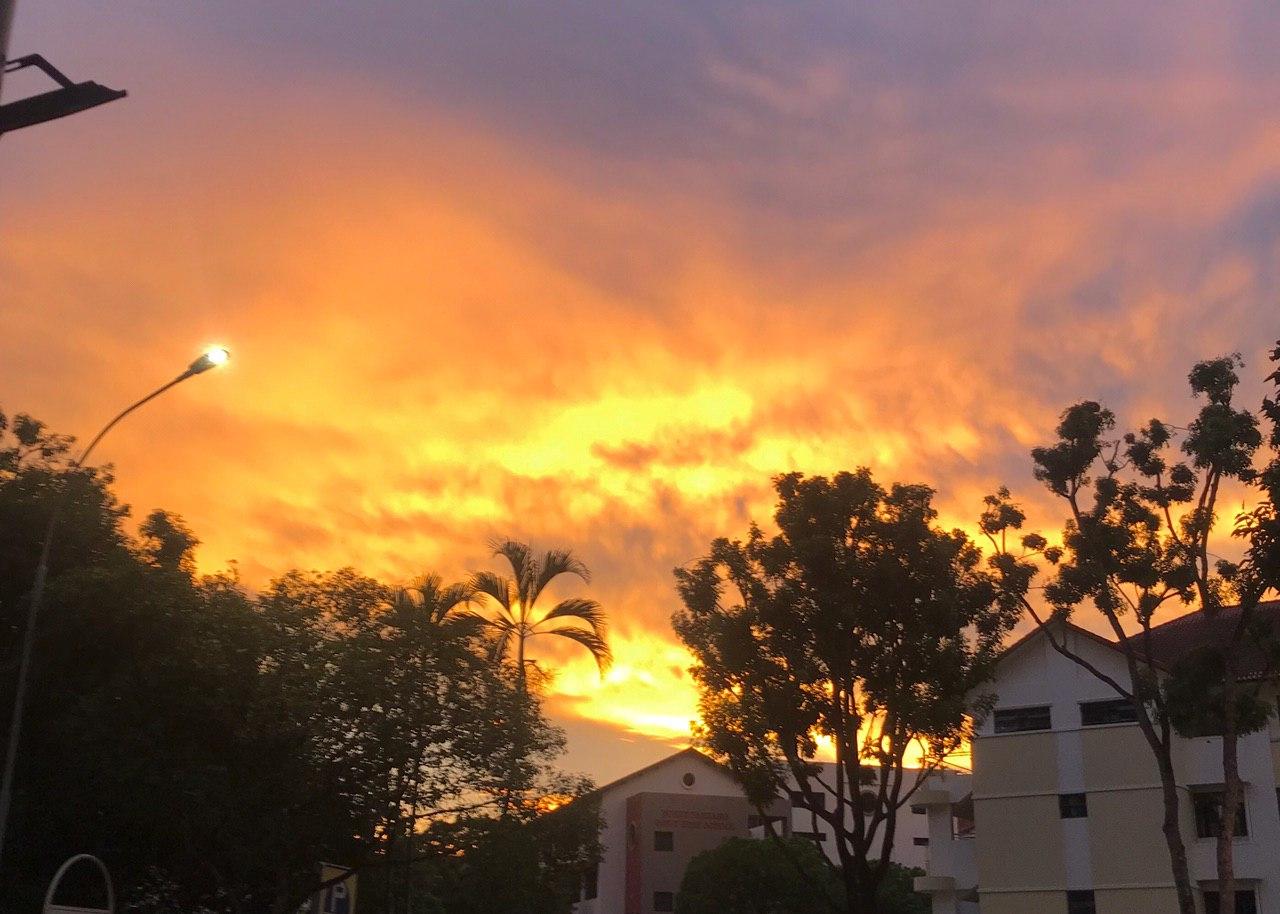 Northerners lucky despite lack of rainbow

Those in the North and North-West weren’t so lucky either, but the almost ominous orange skies belie hope that we can come out from Covid-19. 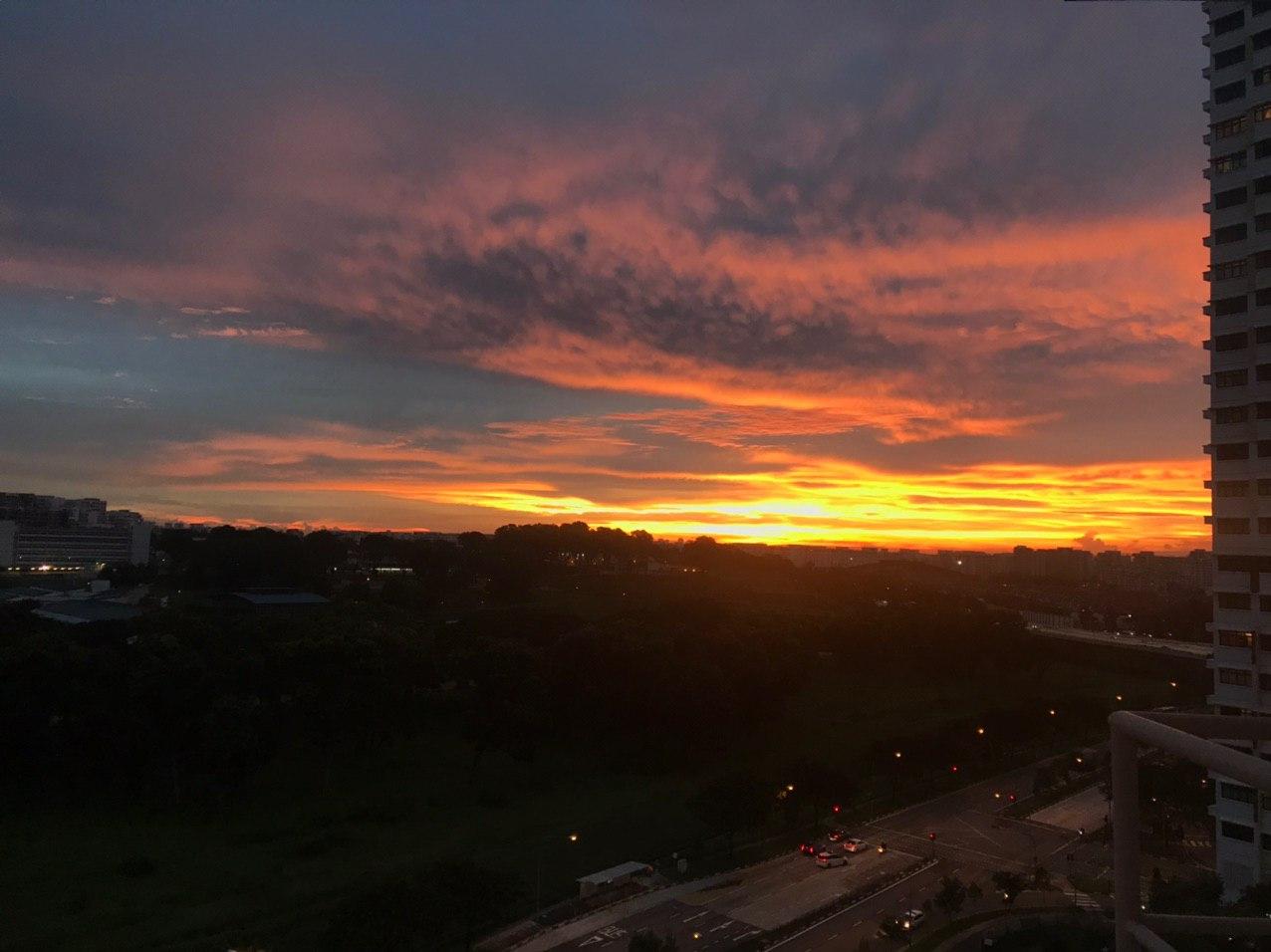 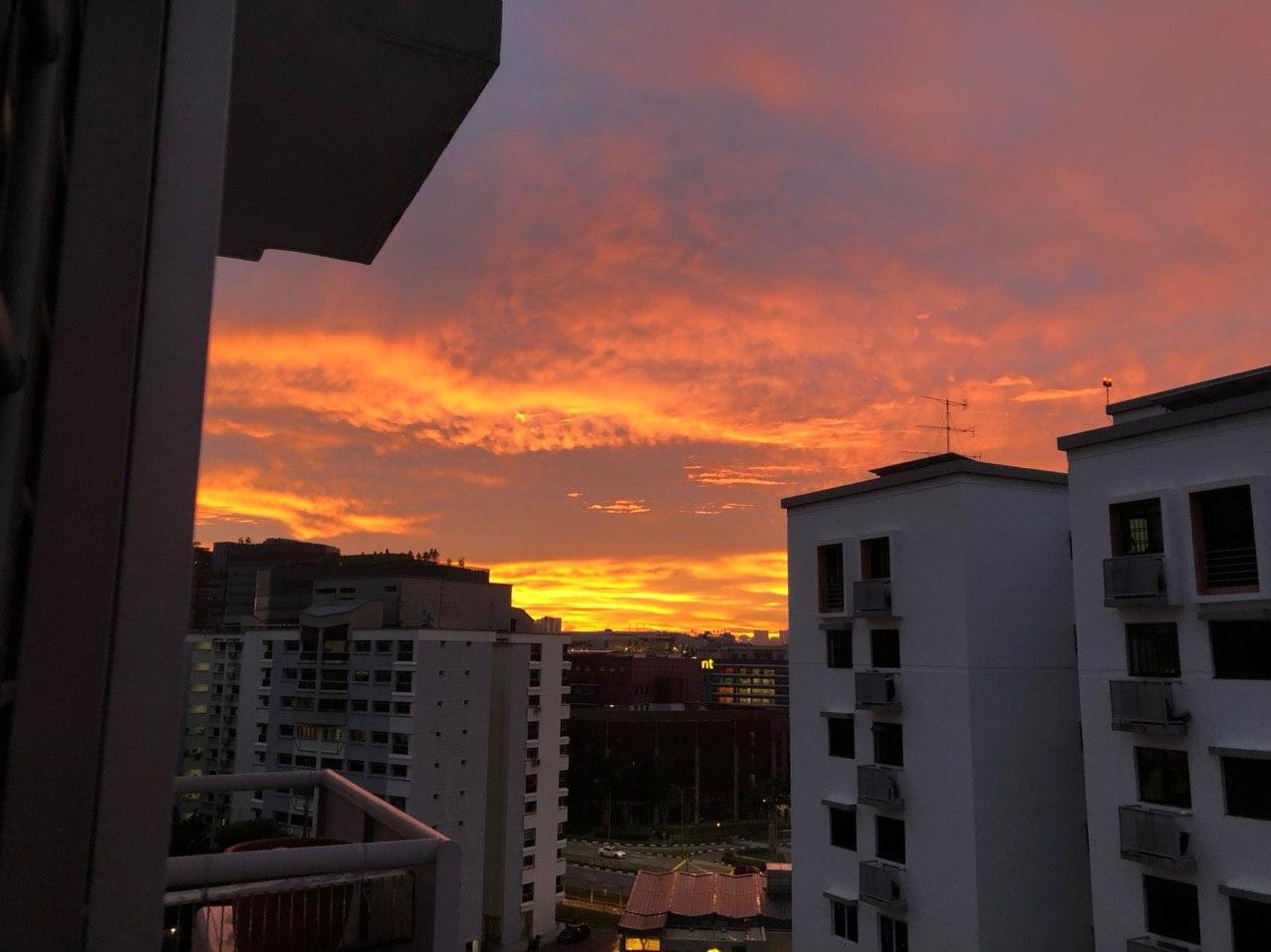 As we dream of the impending day where we can meet our friends and loved ones again for a cup of kopi, the sight of a rainbow signals the potential end of dreary days staying at home.

Our loved ones may not be in our arms yet, but at least we get to witness this phenomenon virtually together. Here’s hoping that the next time this happens, we’ll be safe outside.