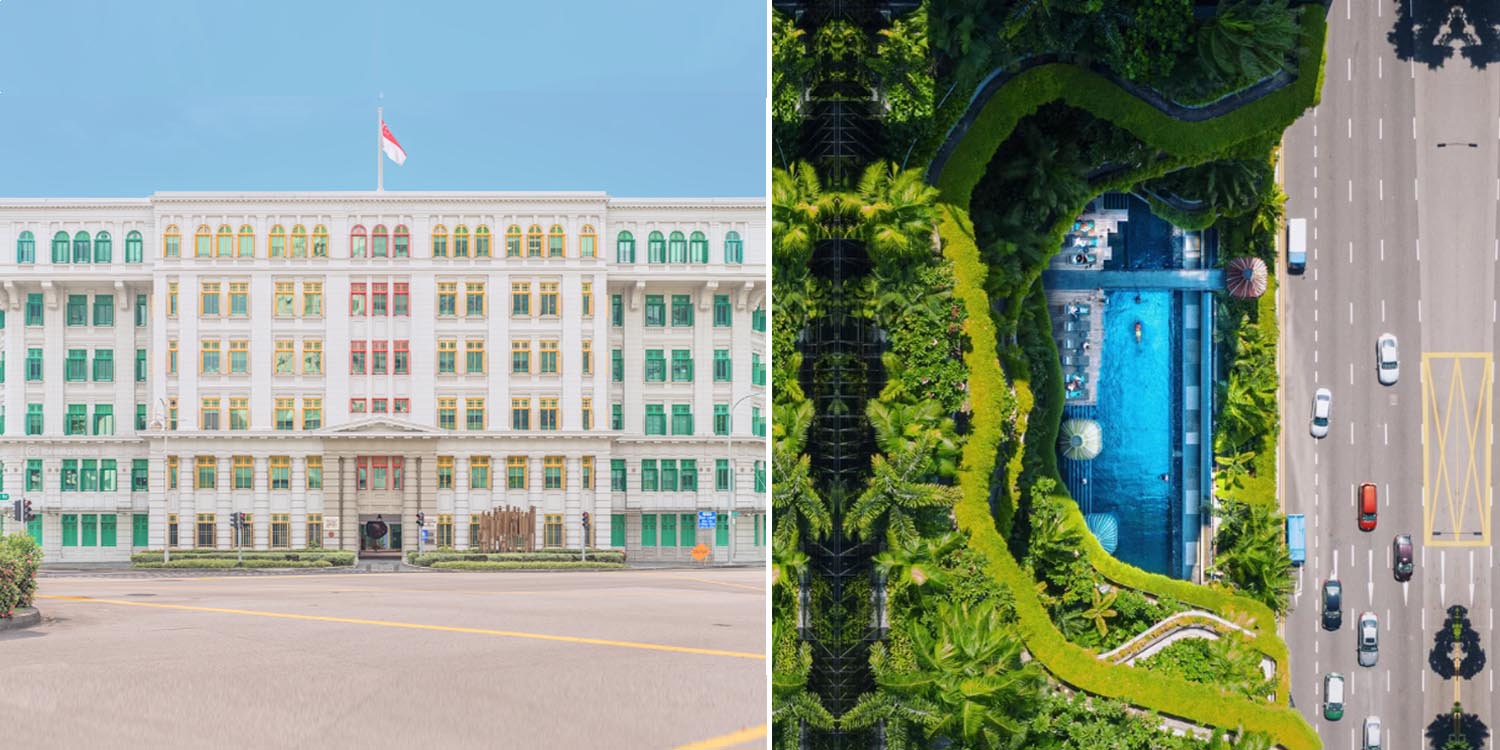 Cathartic views of our island.

The ‘Circuit Breaker’ has rendered our bustling metropolitan city into rows of silent streets & heartlands. We’ve noticed that some have snapped views of Singapore looking dismally empty.

But why not capture the beauty of our quiet neighbourhoods instead?

Here are 10 aesthetic people-free views for some of those feel-good vibes as we approach the scheduled end of “Circuit Breaker”.

Otherwise known as the “MICA building” near Clarke Quay, this light-toned image of the Old Hill Street Police Station is the ultimate pastel dream. 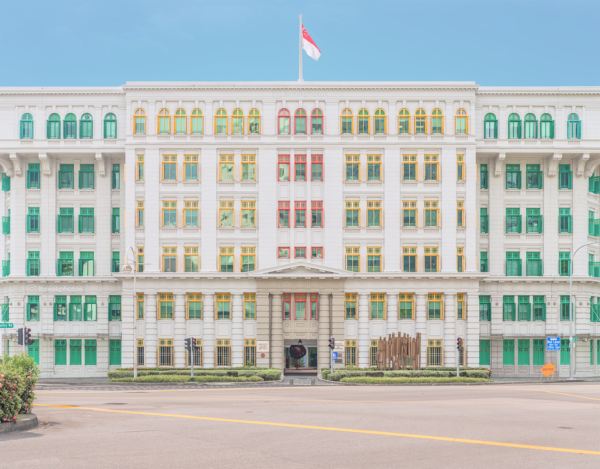 An original capture by u/ibreakphotos, the perfect blend of vibrancy from the colours and the edited fade give it such a pretty soft-hued glow.

As pointed out by a commentor, the grandeur truly gives us some Grand Budapest Hotel vibes — pulling an “accidental Wes Anderson”. 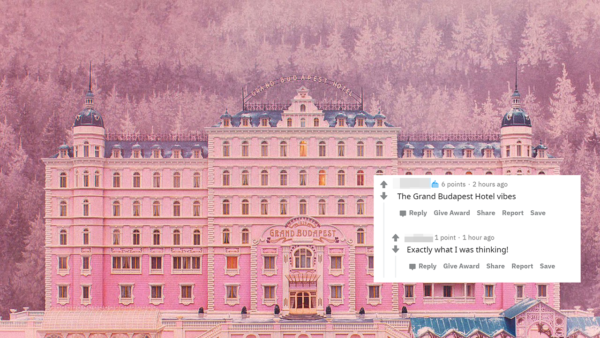 Cycle shots show panels of the same location at different times through the day. Stitched together, you usually get stunning gradients — much like this Sengkang montage. 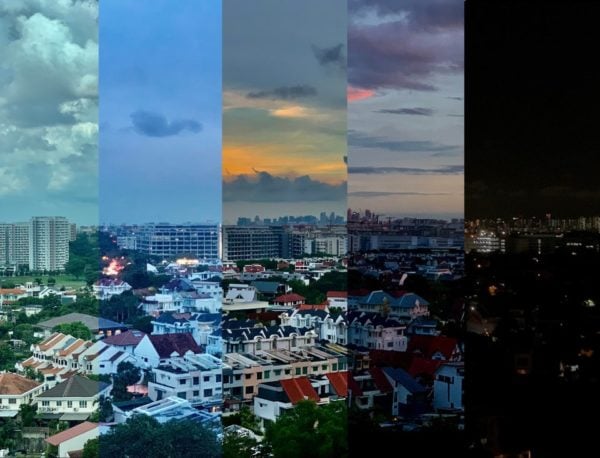 From the crispness of blue hour to the the beautiful orange and pink hues of sunset, we can’t help but feel a strange sense of calm.

Typically, photographers who take cycle shots have the luxury of a tripod and a wireless remote.

Here, Redditor u/dydxandintegrate used points in the house as a reference to keep images consistent instead. Truly an amazing effort.

With people pining for swimming pools to be opened again, this photo might just do the trick until that happens. 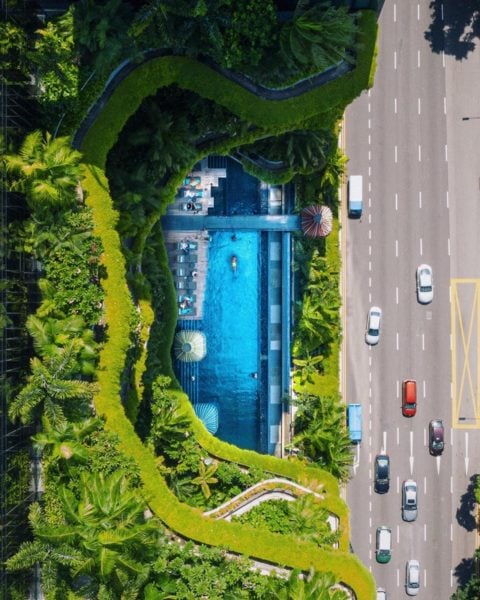 This image captured by u/derryainsworth of the iconic pool at Park Royal Hotel will leave your longing for the feeling of cool water lapping on your skin slightly satiated.

The pristine blue-tinged water surrounded by lush greenery makes for a perfect getaway from our concrete jungle.

Since stay-cations are out of the question, why not take an e-vacation with this photo?

Closely resembling the fiery logo of Mozilla Firefox, this image of a sunrise along Tanjong Rhu View was captured by u/dommett8. 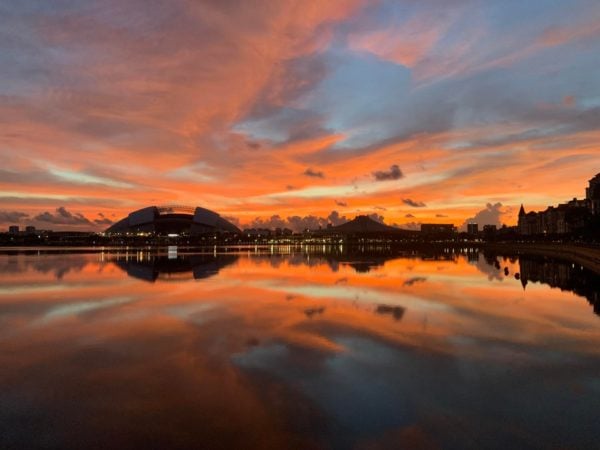 Likely on a morning run, we can only imagine the awe that must have struck u/dommett8 with such a glorious sunrise — just one of the many perks of waking up early to exercise.

The silhouette of the National Stadium’s dome that we know so well fits in so perfectly in this serene setting.

Apparently a master at creating wallpaper-worthy photos, u/MrRoswin gives us this picturesque image of tranquility. A frequented cycling path along Lorong Halus, this idyllic image of emptiness is truly a breath of fresh air.

If you close your eyes, you can almost hear the crickets and feel the gentle breeze brushing along your cheeks as a koel calls in the background.

Typically dotted with crowds that can be seen from the opposite bank, there’s something relaxing about seeing the Merlion Park completely empty. 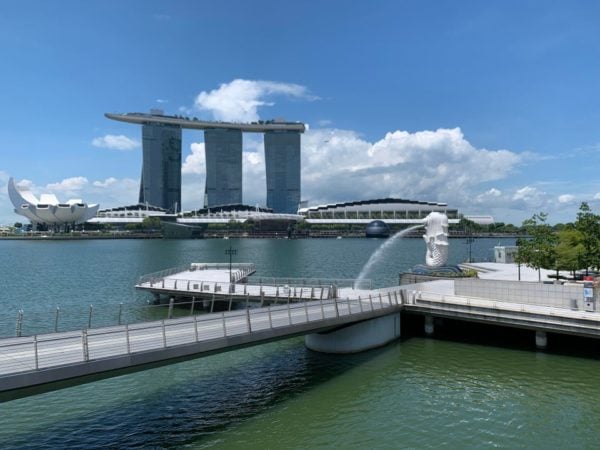 On u/zhrmghg’s post, a commentor brought up a good point – that this is indeed the ideal time to take postcard-worthy views of iconic landmarks.

In another image from u/Bcpjw, we see this same serenity of the park at sunset. 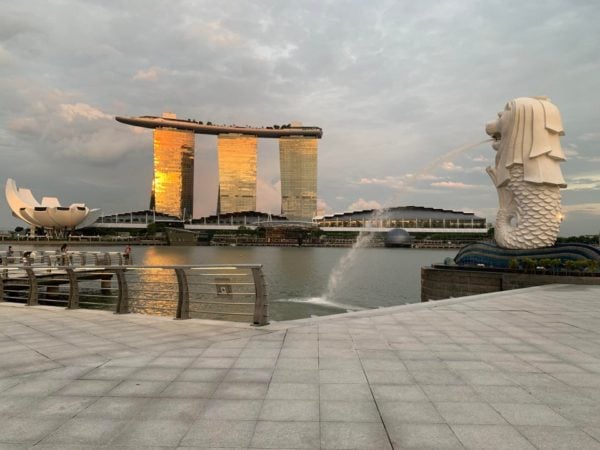 The elegance of golden metallic hues reflected off Marina Bay Sands just adds another layer to this empty aesthetic.

Yet another sunrise image, but we really couldn’t resist. Ask to be relieved from stress and you will receive — albeit in the form of a Reddit photo. 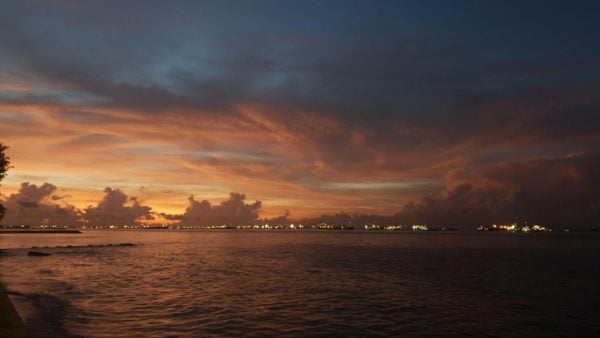 Also a hotspot for crowds during the weekend, imagine having the beach to yourself one day.

That’s precisely what u/d00psy captured and believe it or not, it was taken without a filter.

Parked within walking distance from many key attractions such as CHJIMES and the National Museum of Singapore, it’s unusual to see the Carlton this empty. User u/jensonslog shared a cool, balanced image of the atrium that lies outside the hotel.

The sculpture featured is created by the world-famous Botero, and although we can’t admire it in person, it remains a gorgeous centrepiece which adds understated elegance to the room.

Now without people hurrying in and out of the building, the bronzed fowl appear to guard the hotel’s doors, rather than just being a decorative piece.

This post by u/lswchung80 not only brings us a gorgeous view that’s hard to come by in Singapore, but a poetic write-up as well. Attributing the clear skies to fewer operating factories, u/lsechung80 so succinctly contrasts Mother Nature against the backdrop of our urban environment.

Truly a sight for sore eyes after being stuck in our home buildings for so long.

The splendour of our island

While we can’t go outside to physically experience these beauties, there is an up side to this. Prior to “Circuit Breaker”, streets were always constantly filled with people commuting to-and-fro.

Now with that out of the equation, perhaps its high-time we took a step back to appreciate the beauty of our island city we so often overlook.

We hope that with 2 weeks left on the CB clock, that these cathartic images will bring you some solace as they did for us.