Enlisting For BMT Changed My Mind About Migrating From Singapore Too

Even though I’ve lived in Singapore for all 20 years of my life, I had never truly felt a sense of belonging.

As I saw Singapore’s transformation into a modern garden city, one thing was weighing my mind down. 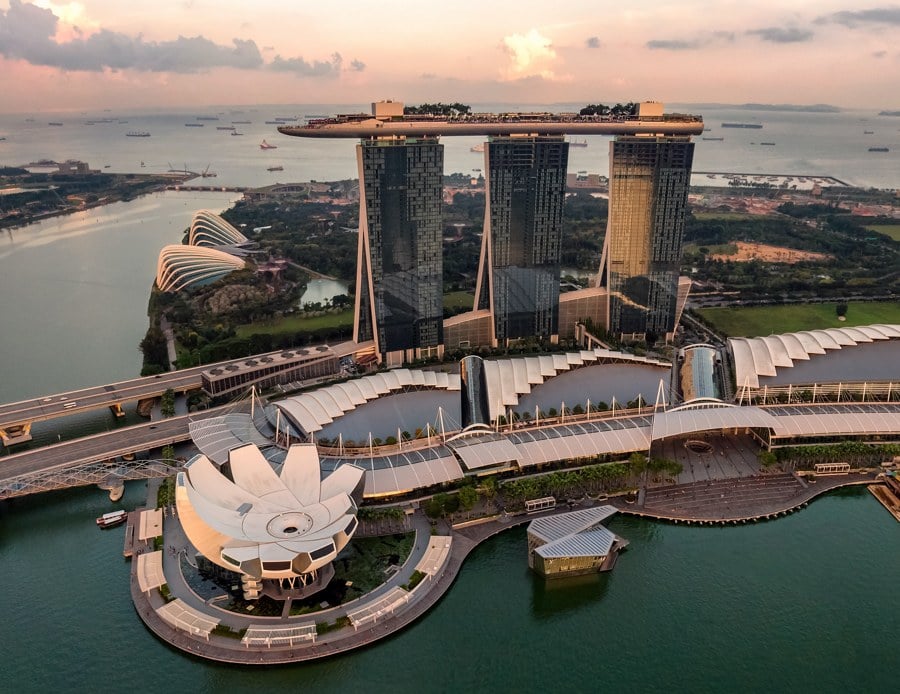 I had difficulties getting attached to a place that was constantly changing, and regularly ridding herself of the old things I used to hold dear in my childhood.

I bade farewell to the grass field near my grandma’s house when it turned into a towering condominium, and the old-school provision shop that smelled of dried shrimp, which made way for a convenience store. 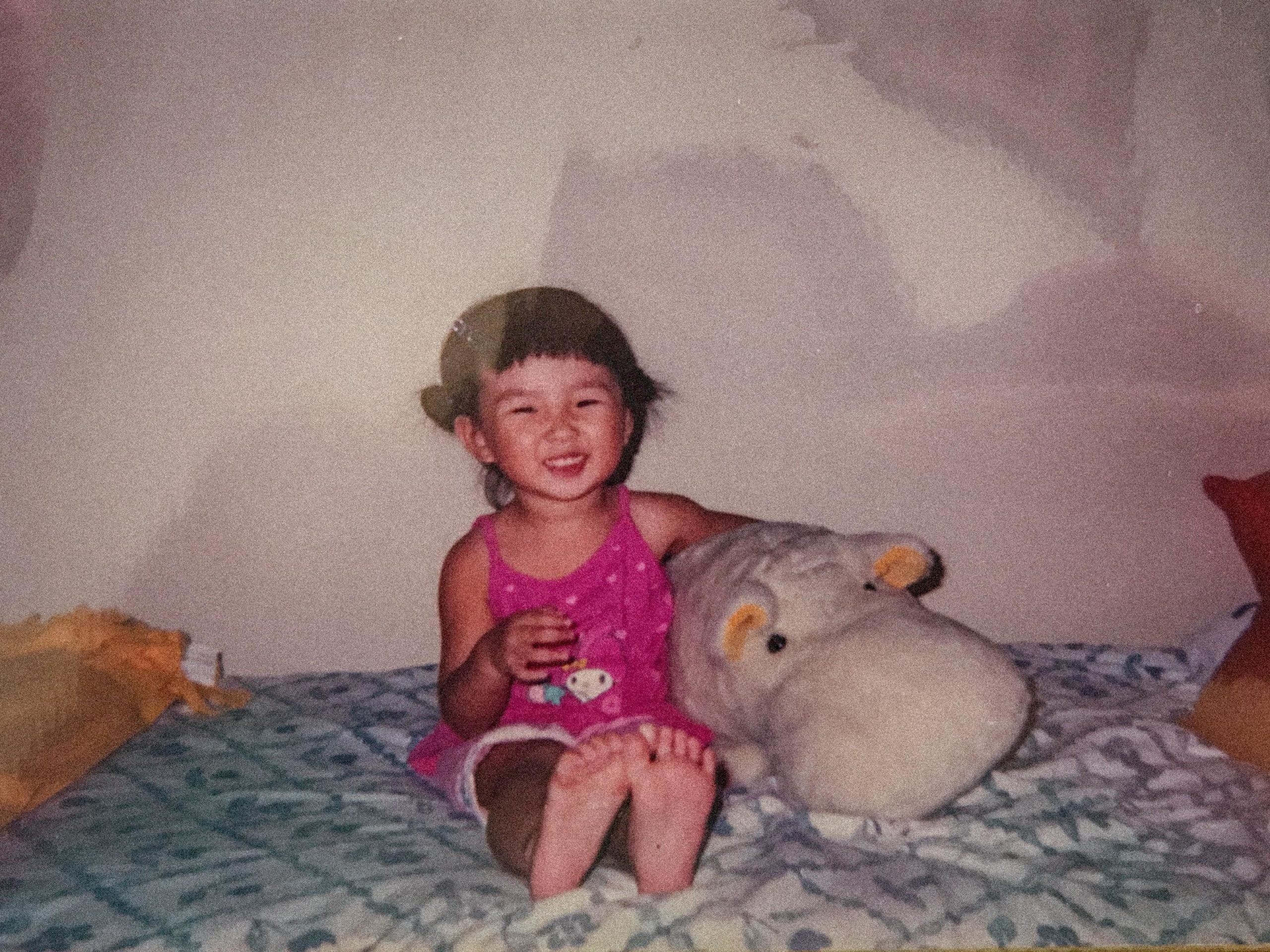 Having to grapple with so many changes in my childhood, it was hard for me to reconcile the idea of home with a place that was evolving so much.

That was until I decided to make one of the most polarising decisions of my life — signing on with the Singapore Armed Forces (SAF). 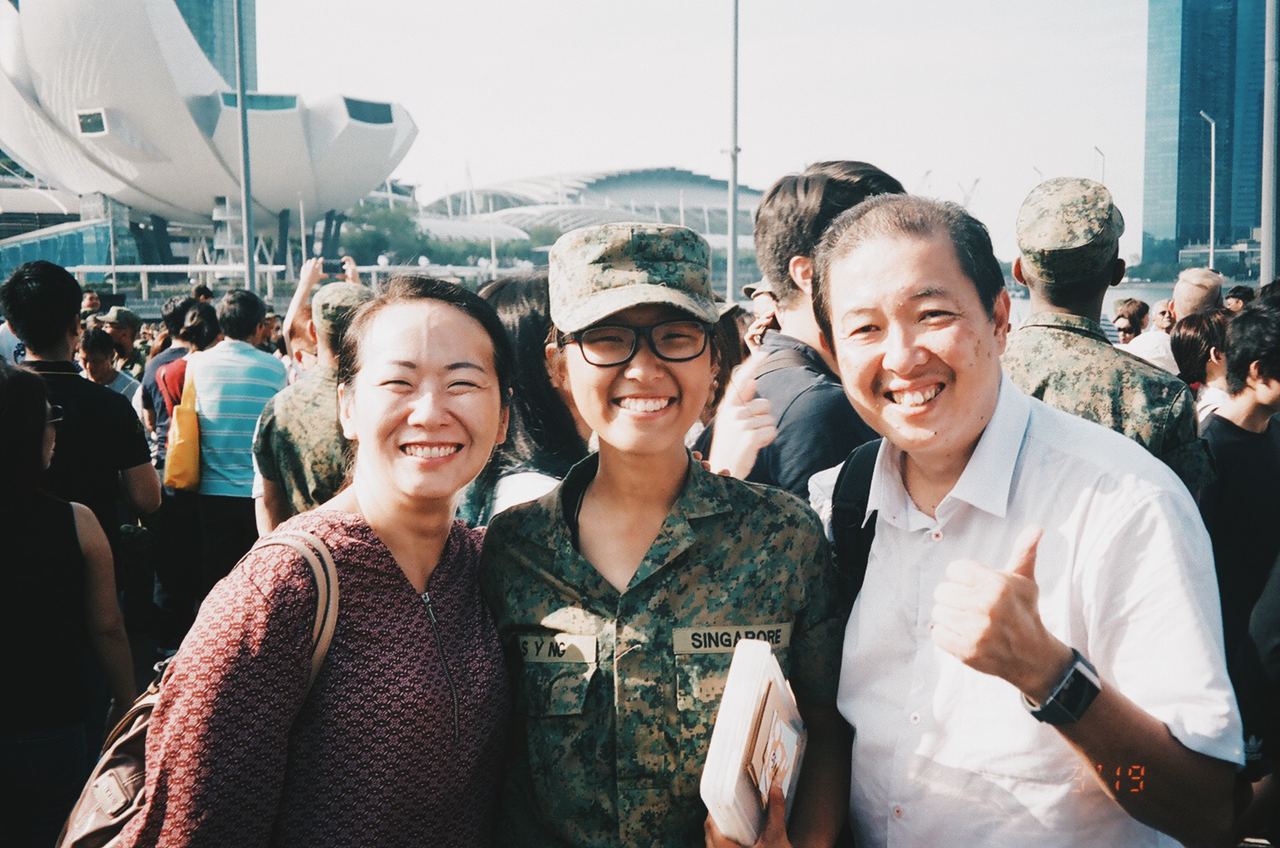 And it was one of the best choices I’ve ever made in my life so far.

I was called “crazy” after voluntarily enlisting for BMT

Naturally, when people found out what I did, they called me “crazy”.

Many of them thought I probably wouldn’t even make it through Basic Military Training (BMT) as they poked fun at my chopstick-esque arms.

A part of me thought I was absolutely insane too, but I did it anyway.

I believe every experience has a takeaway regardless of the experience itself.

And one of the lessons I got from my time in BMT was a sense of belonging for Singapore I had never felt before.

Talking about BMT brings people together

Singaporeans should be no strangers to botak NS boys complaining about things that they have to “endure” in camp.

This mandatory experience for all males in Singapore, is actually one that unites us. 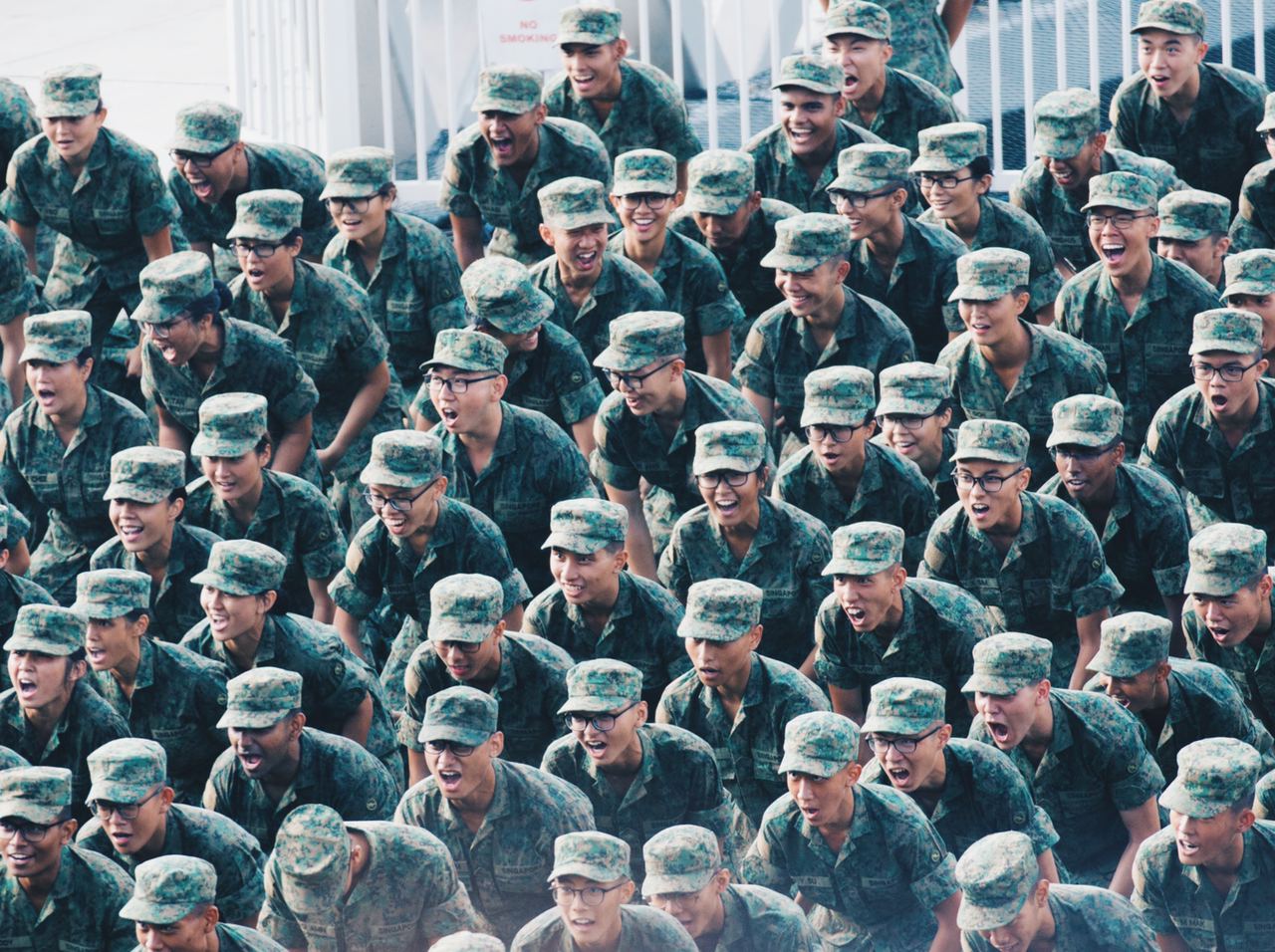 Many of my guy friends at the time were shoulder-deep in games like Defence of the Ancients (DOTA) or football — neither were activities I could relate with.

However, when the first wave of enlistees in my batch hit, all they could talk about was army army army. My bros and I during Passing Out Parade

Only difference? I was one of them now. I realised this more than ever when I got to meet new people during university orientations.

Once army experiences were brought up, it feels like I’ve known the person for years, even though I knew nothing about them at all. The conversation segued from awkward to comfortable right away.

Even for girls who often confused Corporals (CPL) and Colonels (COL), I can now bring them into the conversation by explaining things from a female’s point of view.

There’s a sense of belonging in that that I can’t really explain, but a feeling I know many of you may feel as well.

Changed my mind about migrating

So strong is this sense of belonging, that it has changed what I think about leaving Singapore too.

When I was younger, I was hellbent on migrating because the idea of settling down in other countries was always so novel and attractive to me. 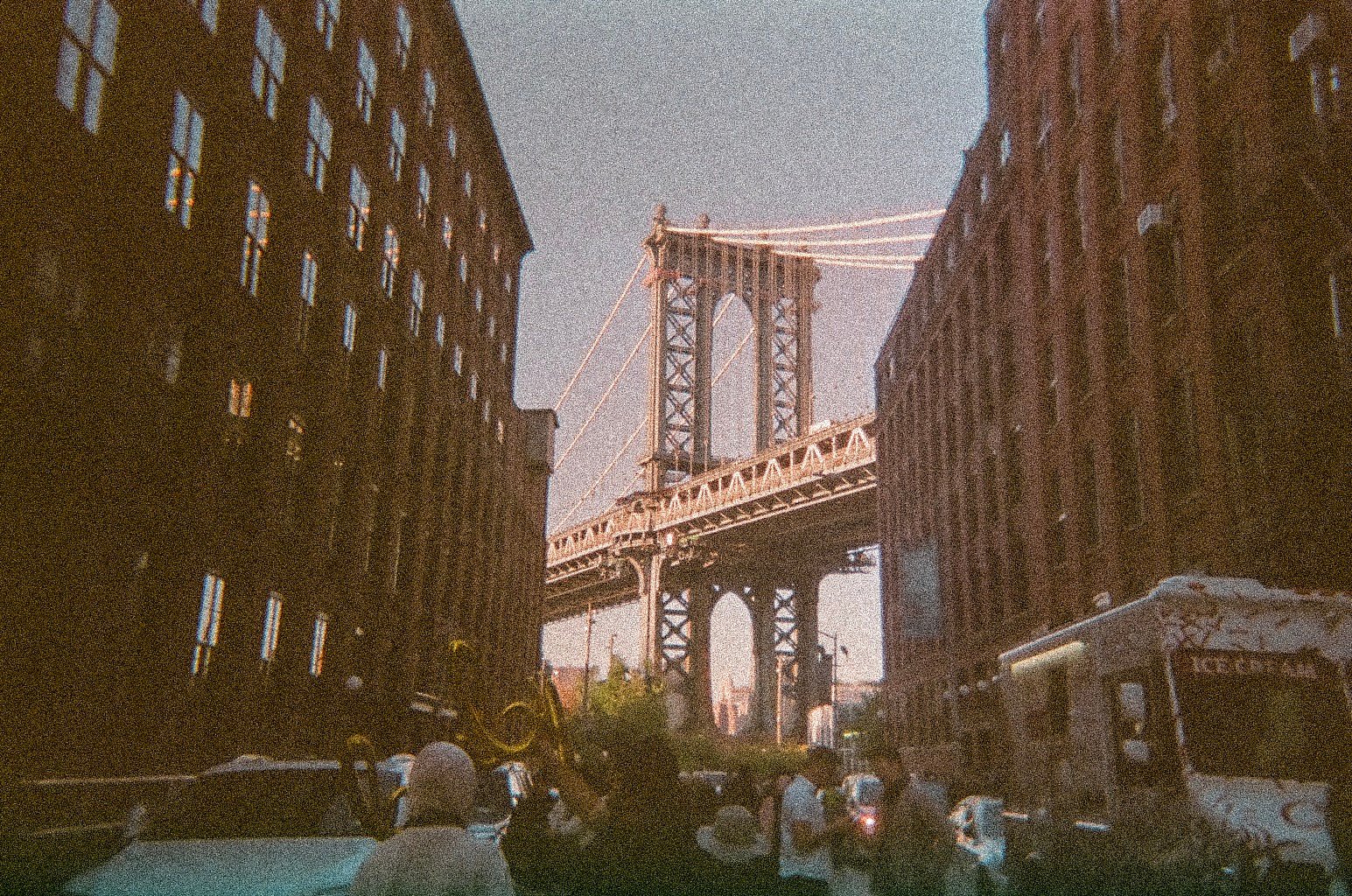 My time in BMT, however, turned that around quite a fair bit.

Prolonged periods of time away from home and limited time with my loved ones were the norm for me — and many others too I’m sure.

Even though I’ve always regarded myself as independent and being capable of living away from family for long periods of time, being stuck in camp made me miss home terribly. 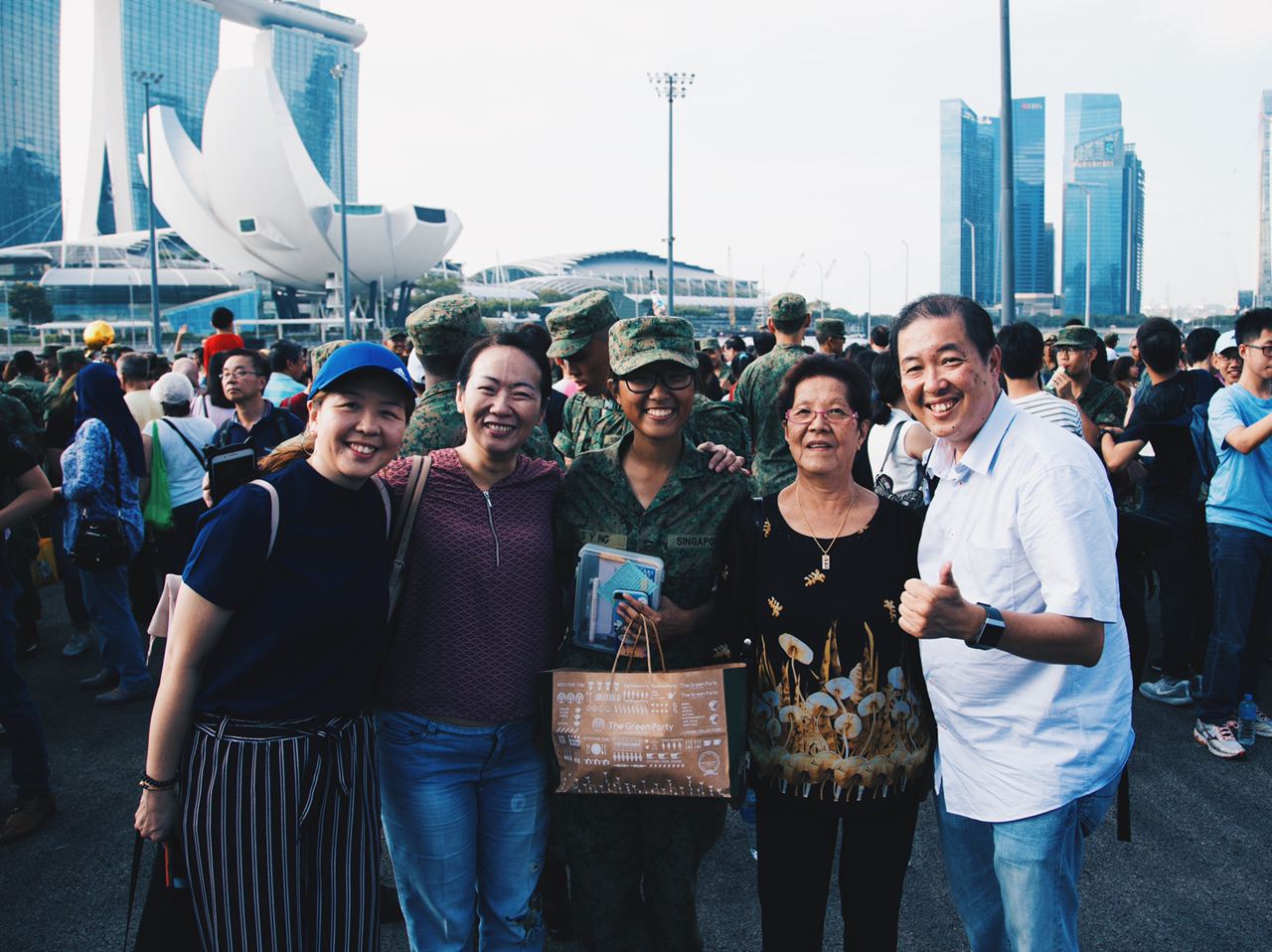 My family who supported me through it all

So if I couldn’t even tahan being on a different side of the country as my family for a while, how was I supposed to leave my home and migrate for real?

Singapore is truly my home

From the time I’ve graduated JC till now, I’d like to think I’ve matured a fair bit — and I attribute it to my time in the force.

Perhaps this personal growth is expected from people who go through this experience, but what I never expected is to come out with a newfound sense of belonging for this country. 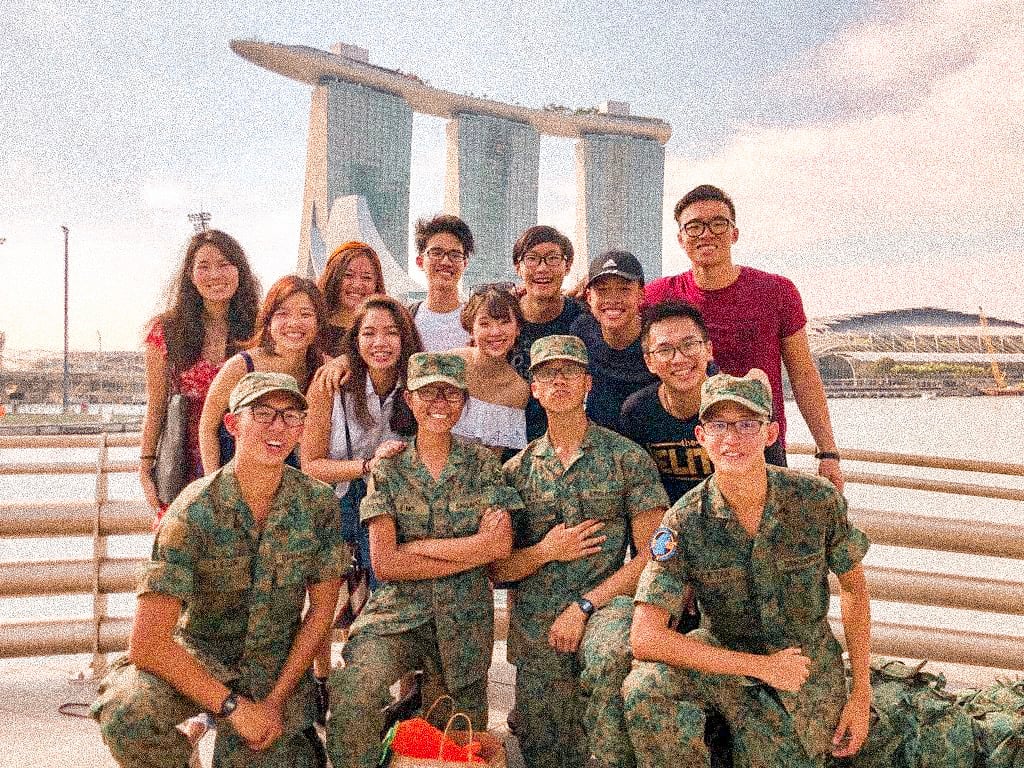 Friends who stuck by me during my highs and lows

Now when someone asks if I feel at home in Singapore, I will no longer greet the question with a pause and uncertain grin.

I can say it out loudly and proudly, that yes, Singapore is home, truly, and it is where I belong.

All images courtesy of writer unless stated otherwise.