Must Share News – Independent News For Singaporeans
Home Lifestyle Places 10 Pics Of Old Singapore That Make Us Wish We Were There... 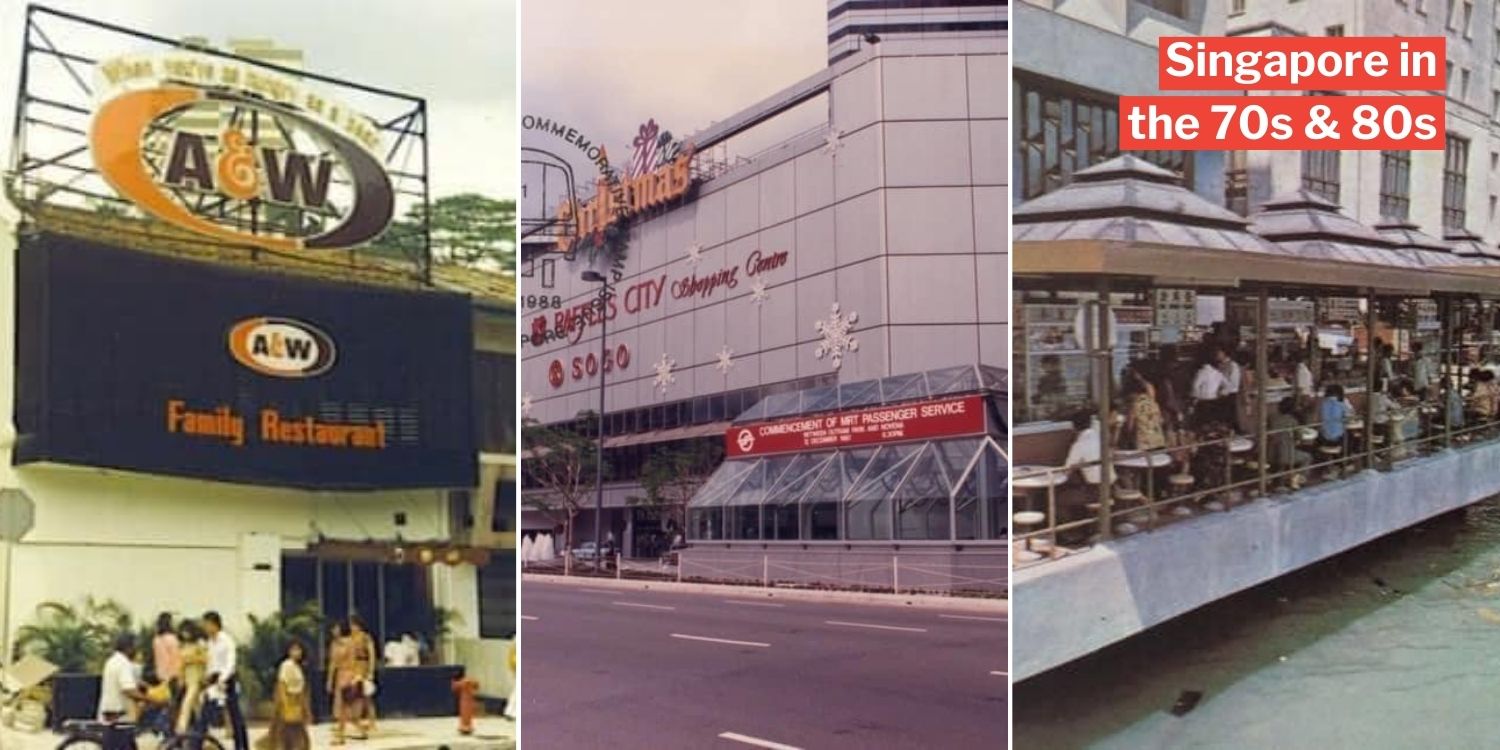 Pics Of Old Singapore Make Us Nostalgic For The Past

We can all agree by now that 2020 has been a rough year, and we’d rather be doing anything else than put up with it anymore.

To cope, some have gone on staycations or explored our country, but those stuck at home may need an escape of the less literal sort.

Perhaps we can interest you in this nostalgic album by Daily Quote Singapore on Facebook, which compiled old photos from our nation’s past. 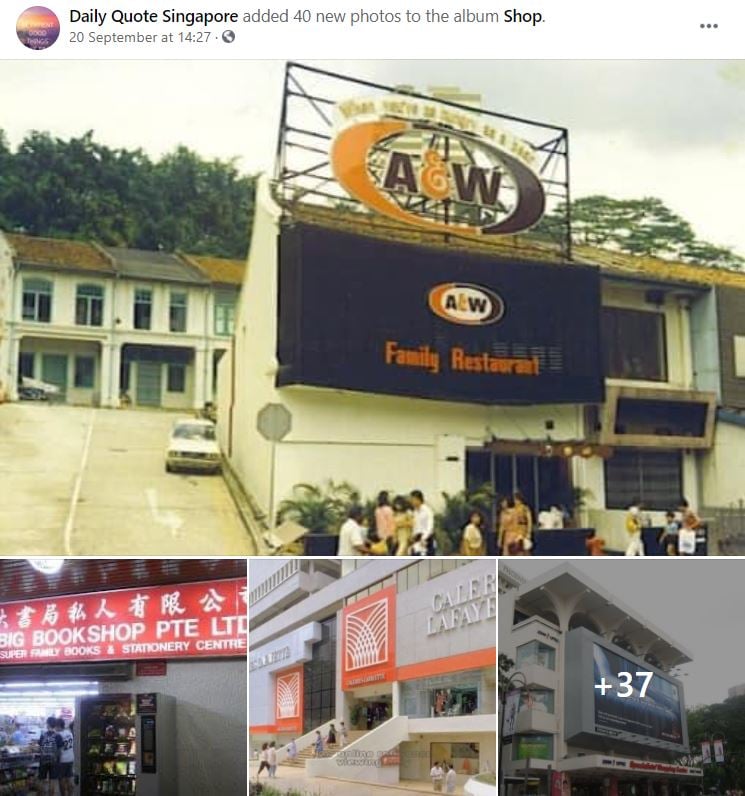 Have your folks browse through it with you, and you’ll surely have an unforgettable family trip down memory lane.

Malls your parents had dates at before you were born

Imagining your parents being youthful like you are now is probably difficult, but they were in their prime once, and so were some of the quieter malls today.

Before the Shake Shack craze descended on Singapore and occupied part of Liat Towers, the building went through a mini renaissance. 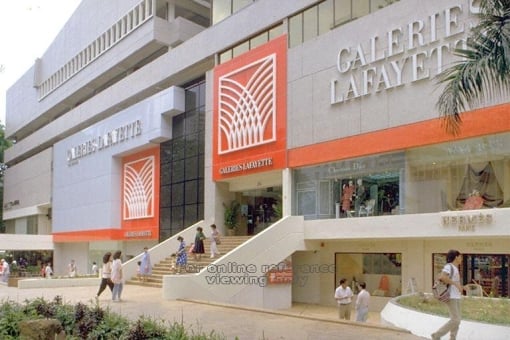 High-end French department store Galeries Lafayette offered affordable and trendy outfits before H&M even existed, so your mum probably did most of her hauls there.

The store closed permanently in Mar 1996, spelling the end of its brief presence in Singapore.

In an age when department stores were all the thrill, SOGO was undoubtedly a household name among shoppers. 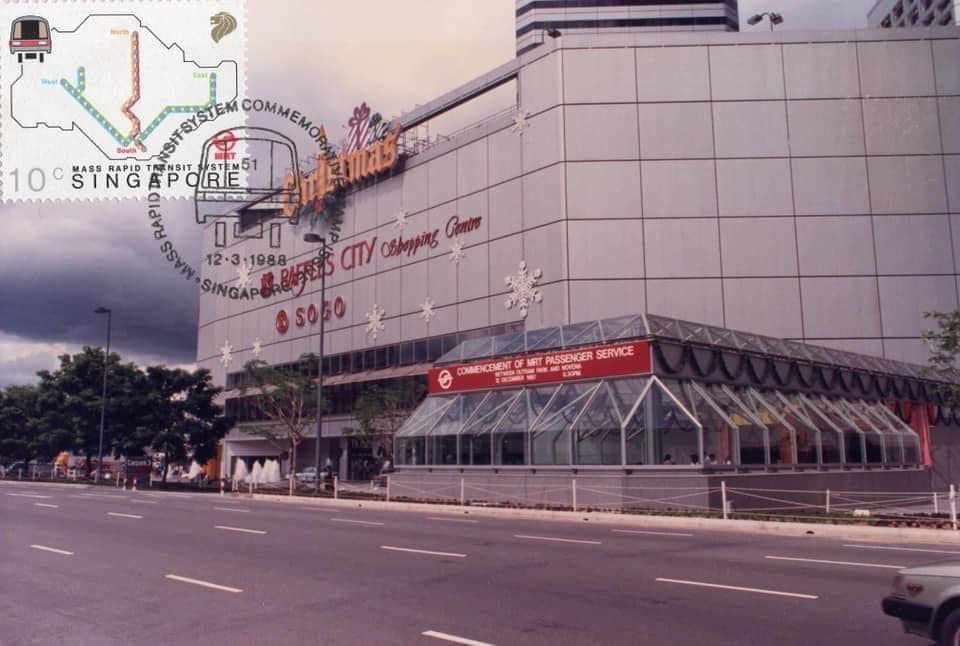 The flagship outlet of the Japanese department store held its fort here for 14 years before closing in Oct 2000 due to financial problems.

The 1988 photo also gives a glimpse of the commencement of MRT services at Raffles City, shortly after the first ever MRT route started with only 5 stations the year before.

Here’s a peek inside, with the iconic glass bridge spanning the length of the atrium. 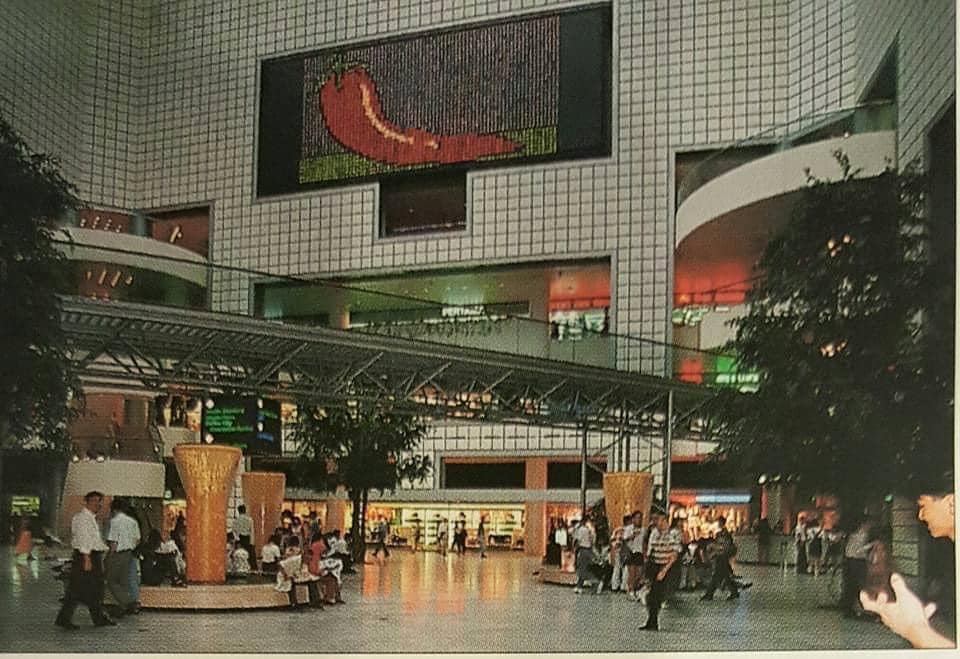 Not far from the seemingly unchanging Raffles City Shopping Centre is Plaza Singapura, which interior you might not immediately recognise as one of an Orchard Road mall. 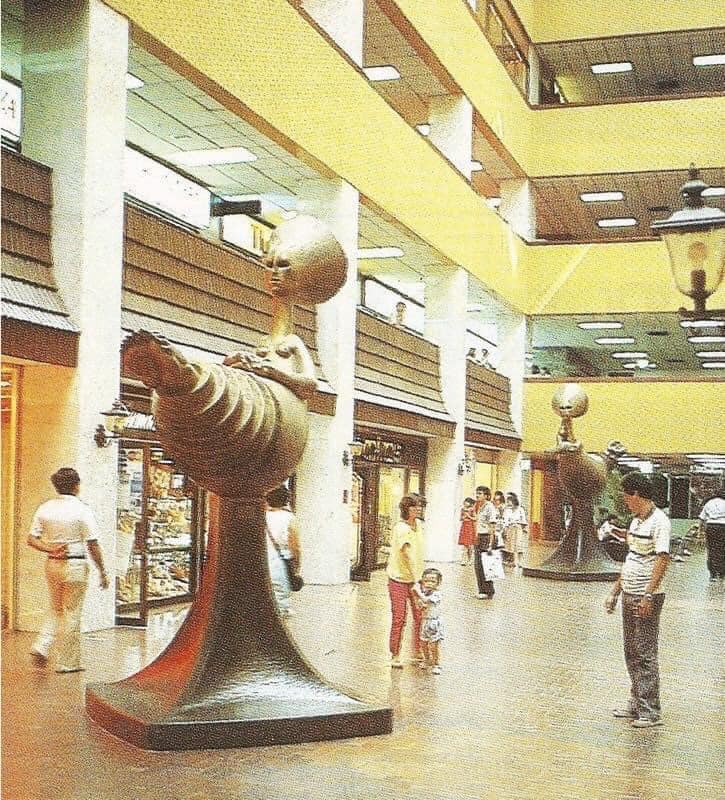 Besides the unique sculptures by late artist Ng Eng Teng, netizens reminisced stores like Yaohan, which for a while became the nickname many called the mall by instead of its official name.

Yaohan now ceases to exist, but the sculptures have since been relocated to University Cultural Centre in Kent Ridge. 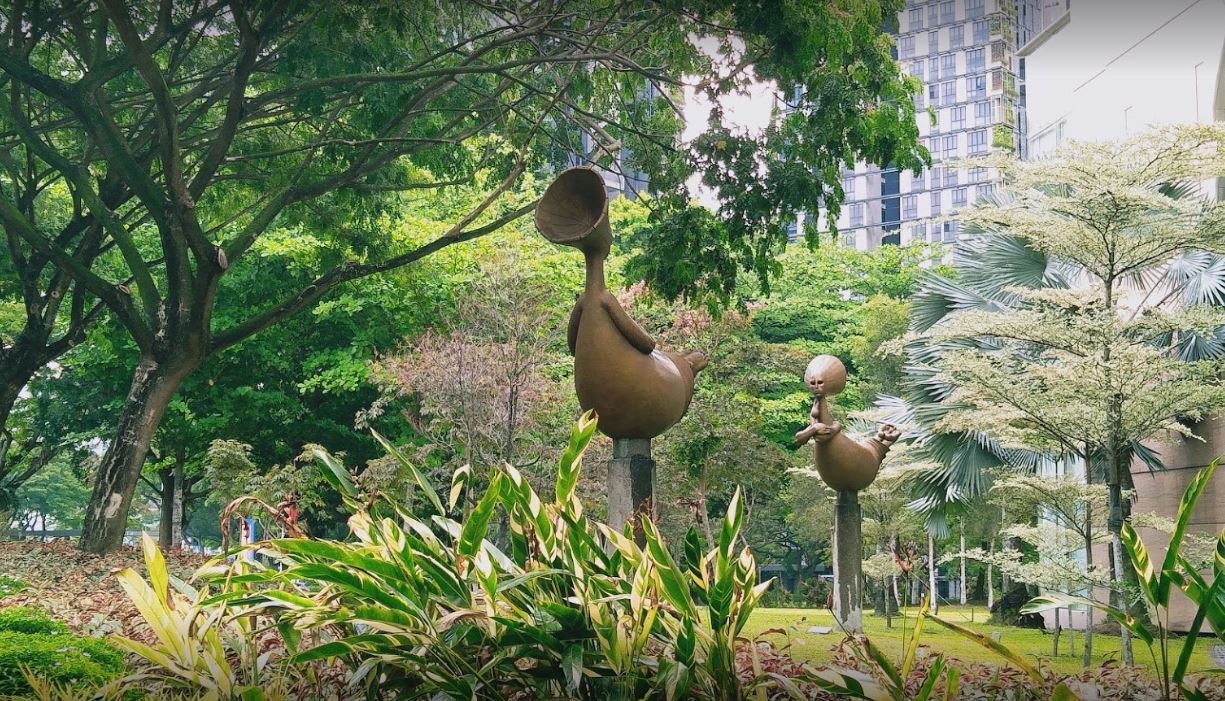 Popular lepak spots back in the day

Of course, town wasn’t the only place to paktor, as residential areas also have some legendary malls to boast, like Parkway Parade. 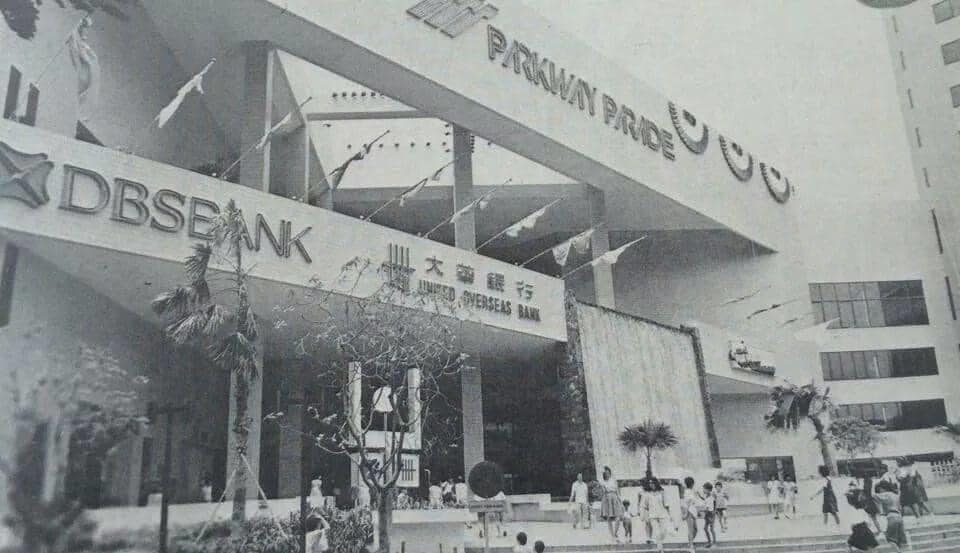 Having been around since 1984, those who frequent the Marine Parade mall today would be surprised to see that the exterior looks almost exactly the same.

It may not be as legendary as Specialists’ Shopping Centre which used to occupy the area that is now Orchard Gateway from 1972 to 2008, but Easties appreciate Parkway nonetheless. 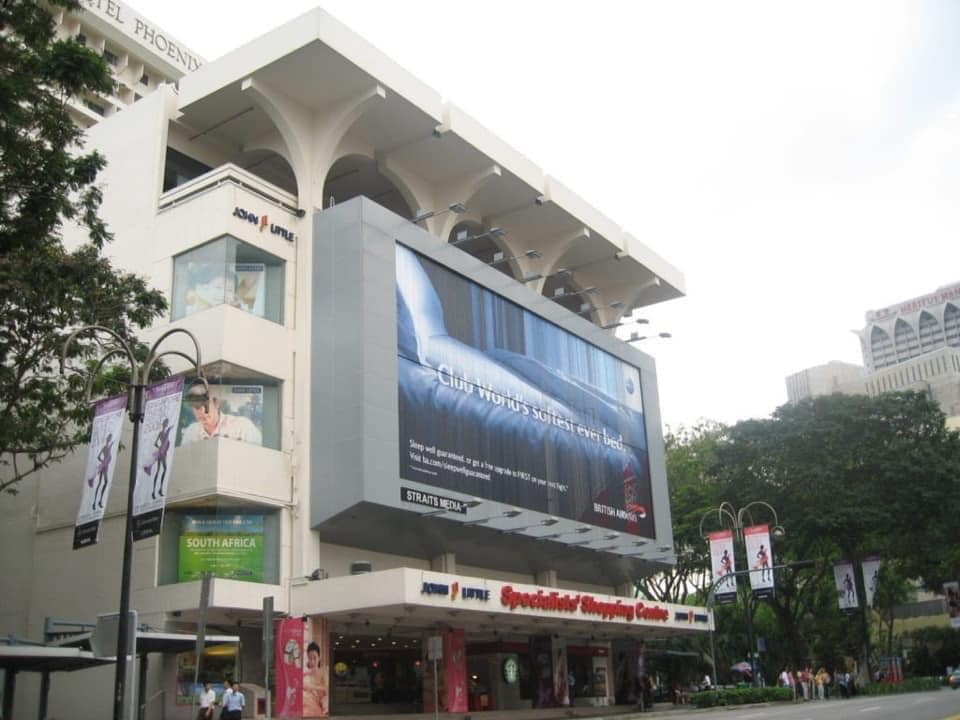 True heartlanders, however, would probably buy what they need at neighbourhood markets first, like Siglap Market, a private wet market built in the 1940s, which made way for Siglap Centre in 1989. 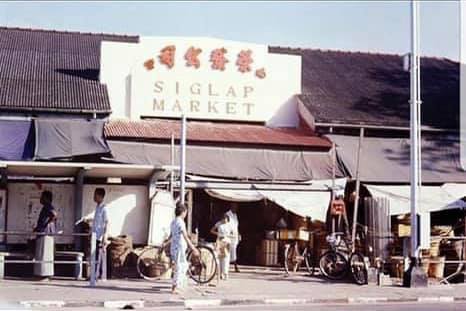 Long before fast food invaded our diets and aircon became the air we breathed, open air makan places were the mainstay in Singapore, like this nook called Sembawang Patio. 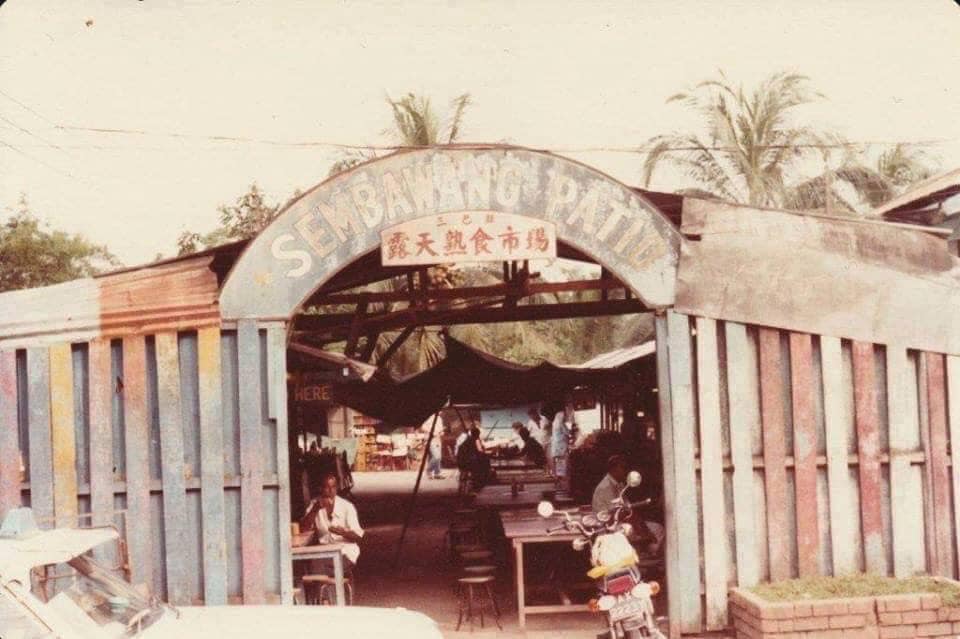 Comprising various stalls selling everything from satay to mee goreng, the place was often abuzz with visitors late into the night. A modern Patio has taken over the spot recently, but much later after Sembawang Patio’s closure in the 1980s.

Dining by the water was once a normal affair at Boat Quay Hawker Centre, which had seats on platforms hovering above the river. With sampans floating mere metres away, you didn’t need to venture to the open sea for a marine experience — just make your way to Battery Road.

Fast food wasn’t as affordable then as they are now, until A&W introduced Coney Day on Tuesdays, when their famous Coney Dogs were sold for only $1.

Students from schools in central Singapore would then swarm their Kirk Terrace outlet near Dhoby Ghaut to relish the treat. 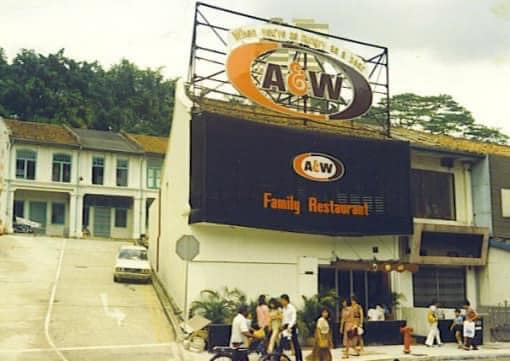 Now you can get that same deal any day at IKEA, so there isn’t much of that thrill anymore.

Old pics of Singapore make us miss the past

Most of the above places are no longer around now, mainly for necessary reasons like building upgrades.

Though many of us won’t know what they were like in their glory days, we can tell they left indelible marks in Singaporeans’ memories.

More than that, nostalgia for simpler times is palpable from reading netizens’ comments, which create a rather heartwarming feeling.

For the briefest moment while browsing these pics, we can’t help but wish we were there instead of here in 2020. To view the album in full, visit Daily Quote Singapore’s page here.