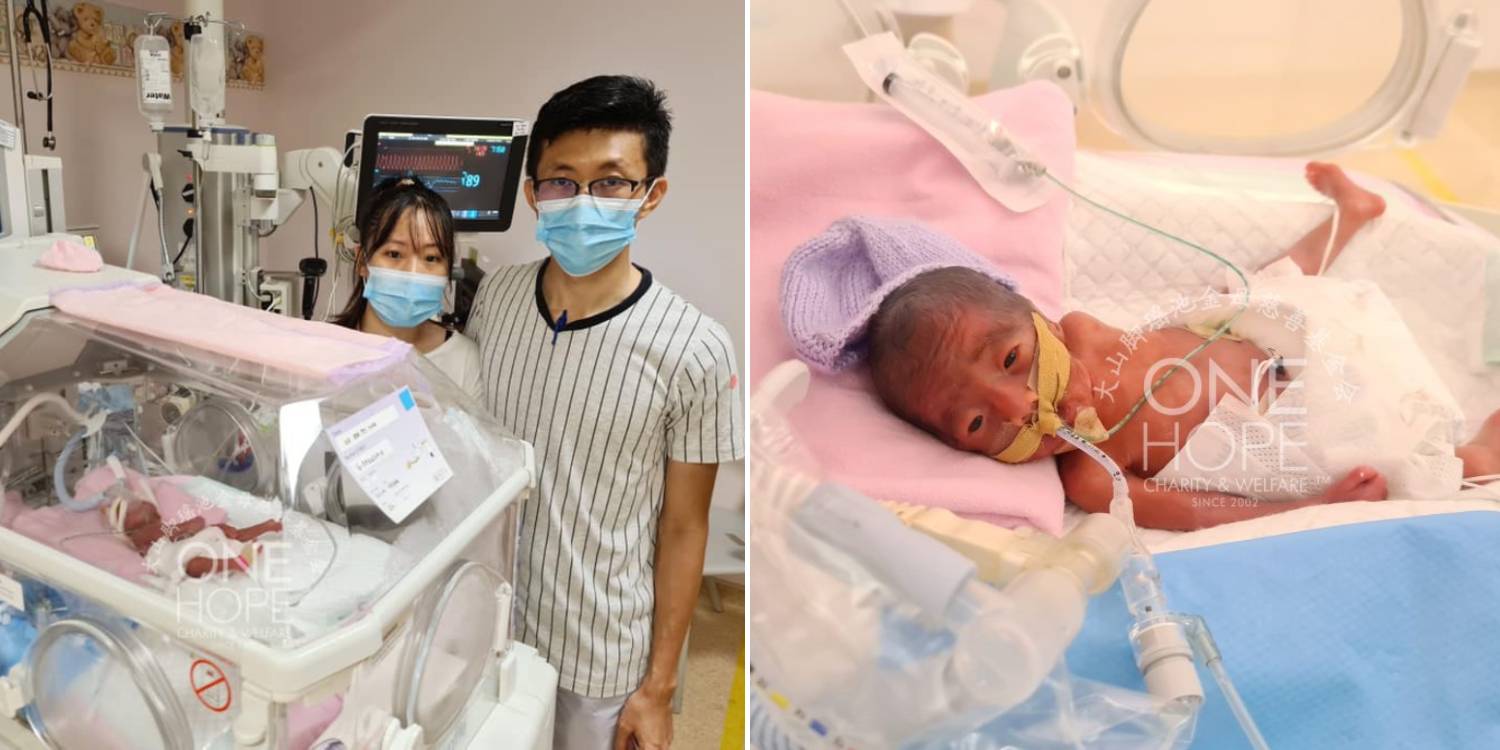 Her parents are only able to afford a small portion.

Couple Needs $400,000 For Medical Fees After Birth Of Premature Baby

UPDATE (1 Mar 2021): The couple has achieved their fundraising goal as of 7pm.

Carrying a little one in your womb for 40 weeks is not an easy feat.

The process typically entails a myriad of negative side effects such as morning sickness, perpetual backaches, and mood swings — just to name a few.

Above all else, worrying about your little one’s well-being all throughout the pregnancy is an awfully taxing task all mothers can resonate with.

Unfortunately for this couple, the full three trimesters came to a halt when their premature baby was born at 24 weeks. 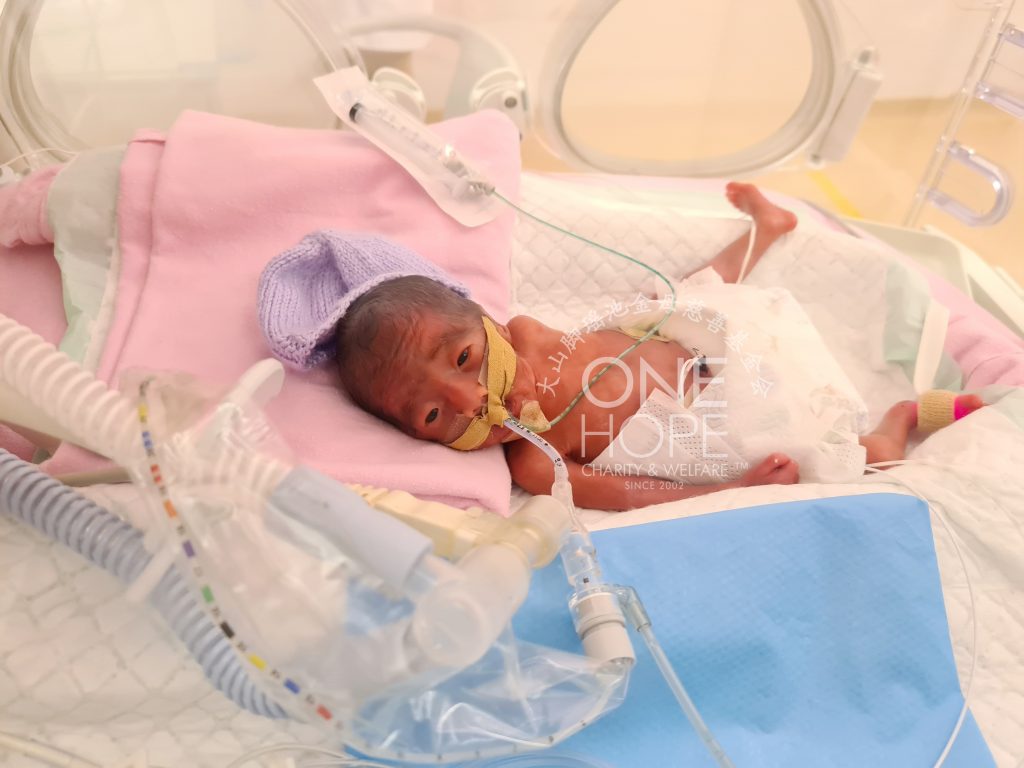 Little Eloise Ang came into this world weighing only 670 grams. Now, the couple is seeking help to foot her medical bills via a charity.

Supposed to return to Malaysia to deliver baby

According to One Hope Charity & Welfare, the couple was supposed to return to Sungai Petani Kedah, Malaysia, at the 8th-month mark. 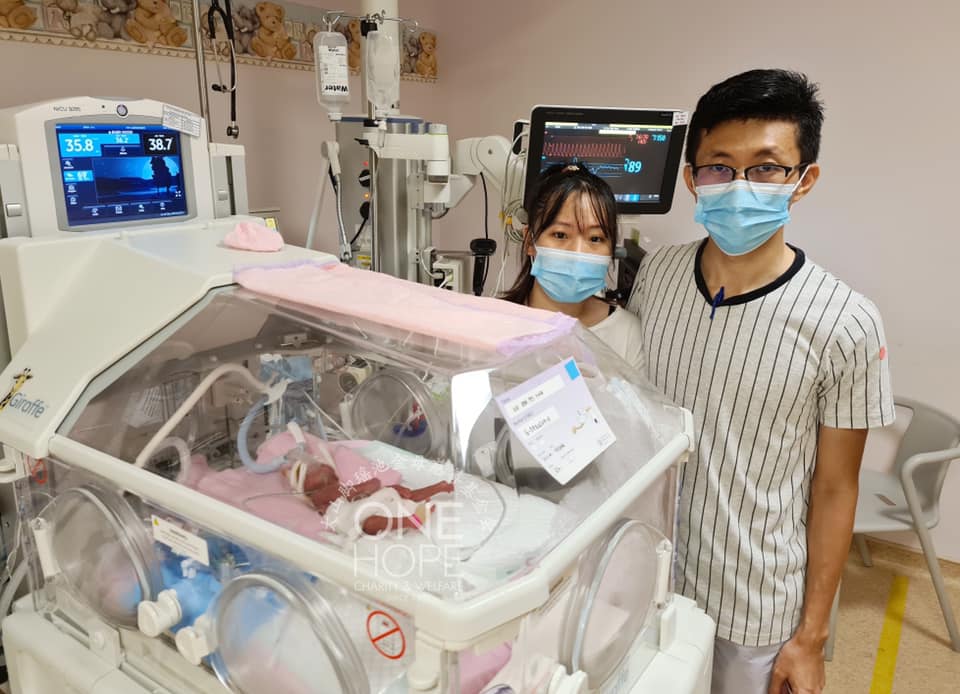 However, the plan changed when mother Ms Koh, felt immense pain in her abdominal area on 21 Feb.

Worried about her baby that she’d been carrying in her womb tirelessly for months, she rushed down to the hospital for a medical check-up.

Initially given a gesterol shot by doctors in aid to keep the baby inside her womb till its full trimester, a later check-up revealed that her cervix had dilated enough for the birth of her child.

Thus, little Eloise Ang Xuan Rui was born on 22 Feb at 3am.

Eloise weighed only 670 grams at birth, and had a body size of an adult-sized hand. 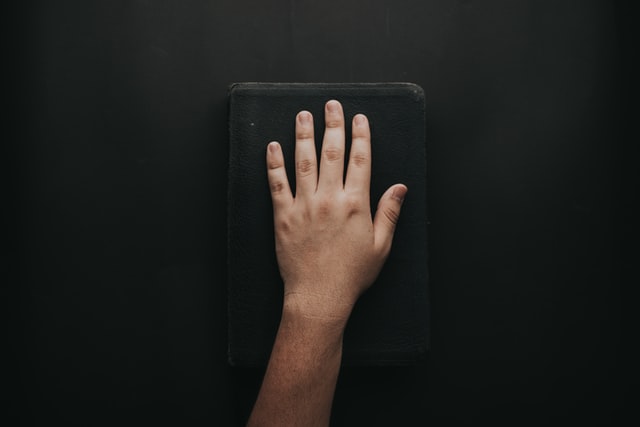 For the uninitiated, the average weight of a newborn ranges from 2.5kg to 4.5kg.

At only 24 weeks, she is medically considered to be a ‘micro preemie’ baby.

Not only are important organs such as her lungs and brain not yet fully developed, but her skin was described to be “transparent enough that her bloodstream could be seen with a naked eye”, according to One Hope Charity.

Needs to be incubated till expected delivery date

As of today, little Eloise is still unable to breathe on her own.

She needs to be monitored 24/7, and relies on a breathing aid to breathe properly. 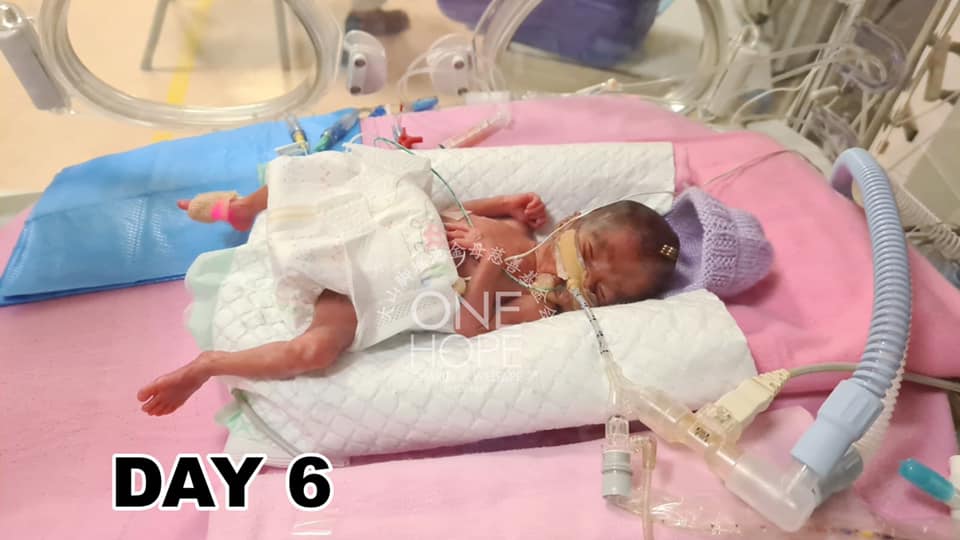 Currently in the Neonatal Intensive Care Unit (NICU) for incubation, Eloise will only be able to leave the incubator at her initial expected delivery date. 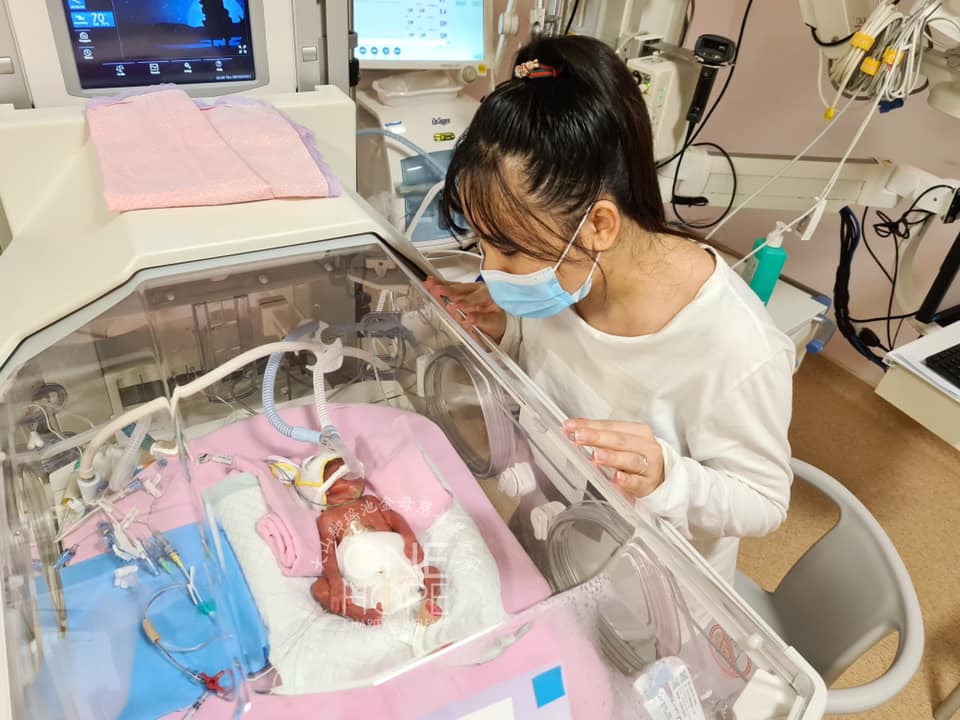 Her mother will not be able to embrace her in her arms till then.

Because Eloise has to stay in hospital for many weeks, her medical fees are considerable — estimated to be approximately $400,000.

Her parents are currently only able to afford only $17,000 of it.

The father Mr Ang works at a construction company earning only $2,700 monthly.

To alleviate their financial burden, One Hope Charity & Welfare is currently working with the hospital to lower the medical fees.

At the same time, the charity organisation hopes to raise funds from the public to help the young couple, and little Eloise, pull through this tough time.

For more details on how to donate, click here.

While the little fighter remains incubated, we hope that she perseveres and remains strong — as will her parents.

She might have been born early, but deserves a shot at life just like any other baby.

Featured image adapted from Facebook and One Hope Charity & Welfare.