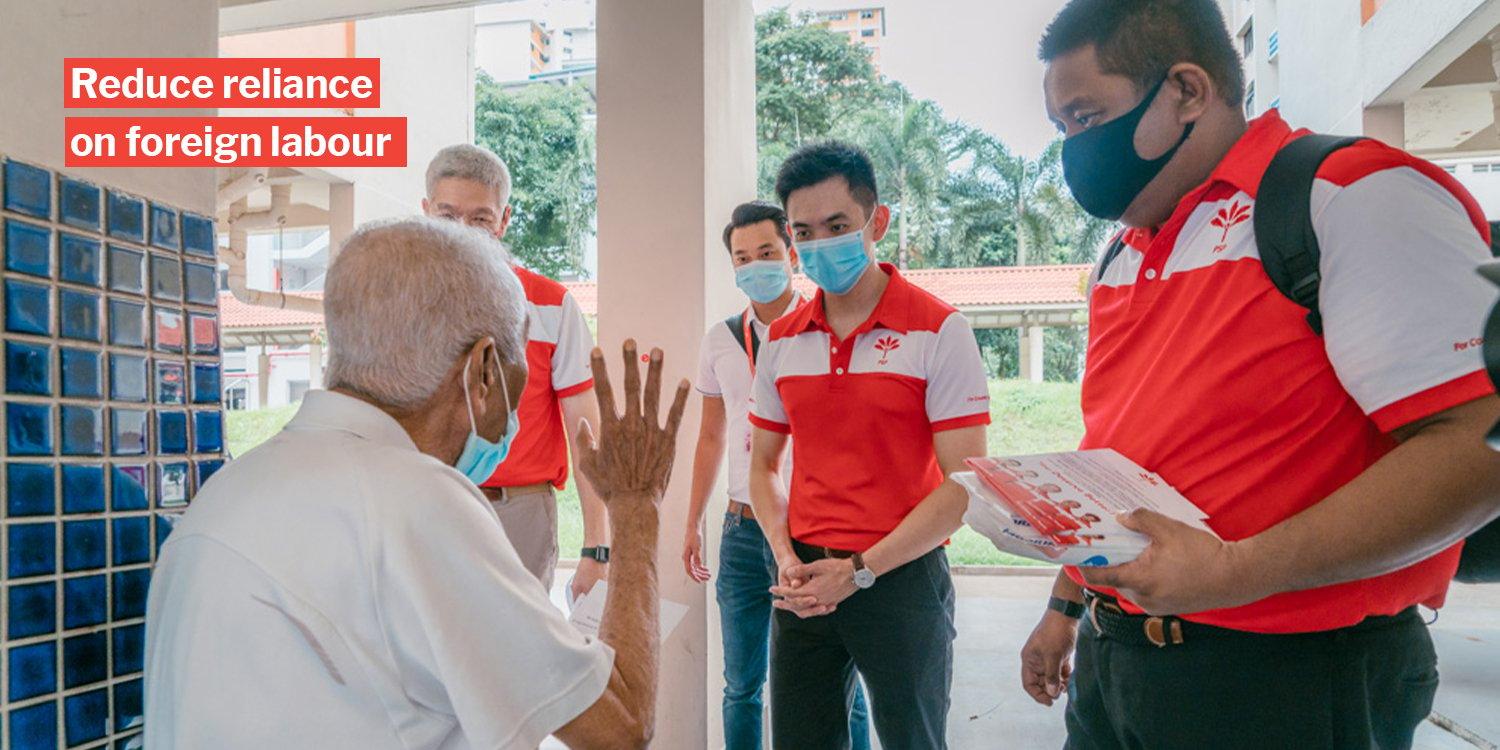 You can read the full manifesto here, available in English, Chinese, Malay, and Tamil.

While the party was only introduced in Aug 2019, they’ve grown quickly thanks to the leadership of ex-PAP MP Dr Tan Cheng Bock, and are contesting in 9 constituencies this GE

With members like Lee Hsien Yang in their ranks, many seem hopeful that the party can make a splash in Parliament by wrestling a GRC or 2 from the PAP.

Read on to find out about some of the proposals.

1. Citizens get priority for jobs

The goal is to help smaller businesses (SNMEs) more, while ensuring that jobs go to Singaporeans.

PSP aim to do this by introducing various quotas on foreign worker passes, as well as a review of free trade agreements (FTA) such as the Comprehensive Economic Cooperation Agreement (CECA).

At the same time, they also wish to give support and investment to SMEs while reducing business costs, as well as improving productivity through investing in equipment instead of hiring cheaper foreign labour. 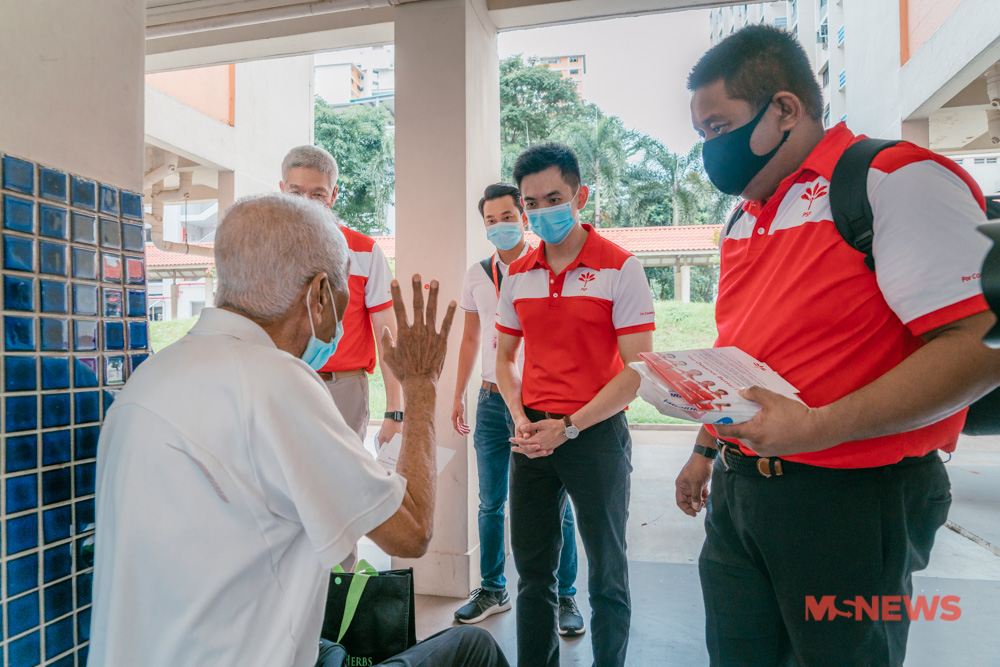 They also wish to increase the ComCare payout, which is for those aged 65 and above

PSP state that their immediate priority is to help Singaporeans get through the Covid-19 crisis.

To that end, they propose freezing tax & fee increases for the next 5 years.

4. No GST for basic necessities

This follows on from the last point about helping Singaporeans during Covid-19.

The loss of money that’ll come from this will be made up for by cutting public spending, as well as using investment returns from GIC, Singapore’s sovereign wealth fund.

A goal of PSP is to make housing more affordable, especially for young Singaporeans.

Specifically young Singaporeans, because they wish to encourage more entrepreneurship among this age group.

They also wish to peg new flat prices to people’s income levels, although it’s not known what this’ll mean for those with higher income who wish to buy cheaper flats.

An oft-repeated argument by opponents is that Government ministers are paid too much. A famous rebuke to this by Emeritus Senior Minister Goh Chok Tong stated that these high salaries are required to lure top talents from the private sector.

PSP, however, wants ministerial salaries pegged to median incomes instead of private executives.

The median for monthly household income in Singapore in 2019 was $9,425, according to SingStat.

To fund social spending and yet reduce taxes — the money has to come from somewhere. PSP proposes that we spend more frugally on public services instead.

Large projects have to be scrutinised to ensure that there are justifications for their spending.

They also argue that public services, including public transport and utilities, shouldn’t be profit making. They wish to uphold personal sacrifice as well as frugality — which they say is the ethos of public service. 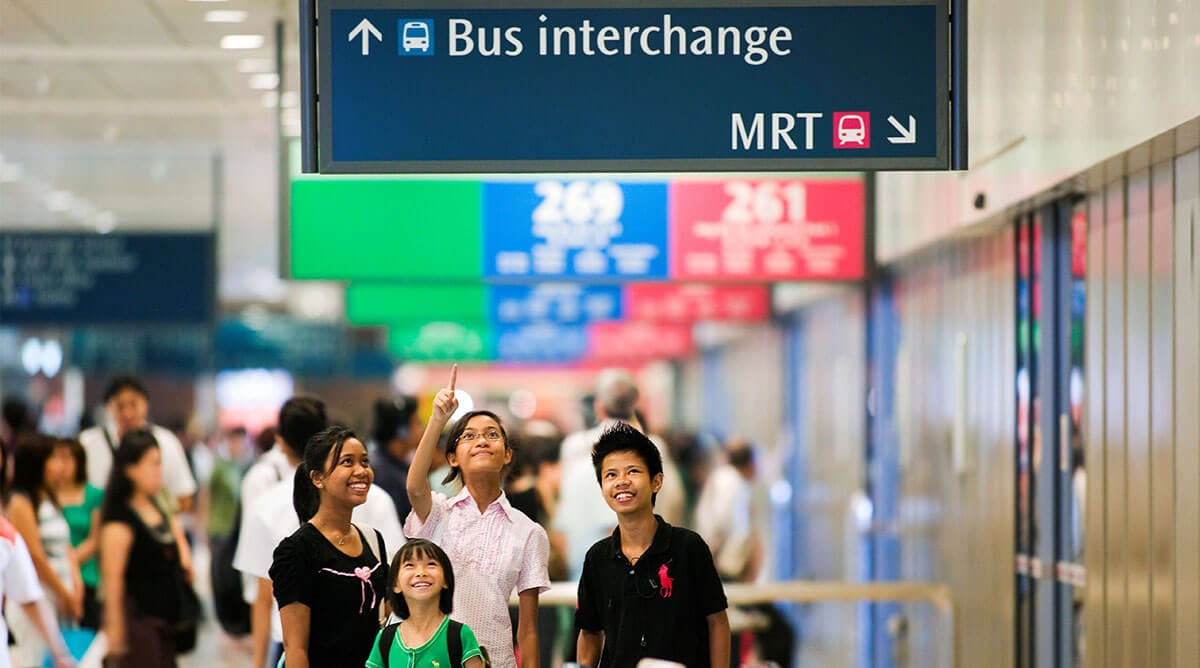 PSP wish for a society where there is no fear to speak up, as well as freedom of expression.

They also want to encourage a diversity of views, so that a richer national fabric can be weaved.

While no opposition party can hope to form the Government at this GE, a manifesto lays out what plans a party has should they be elected.

More importantly, these are ideas that one may not normally see without the existence of competition, and there may be a net benefit to a party manifesto even if the ydon’t get elected. Singapore benefits either way.

What do you think about PSP’s manifesto, and how does it compare to the PAP and WP? Let us know in the comments.