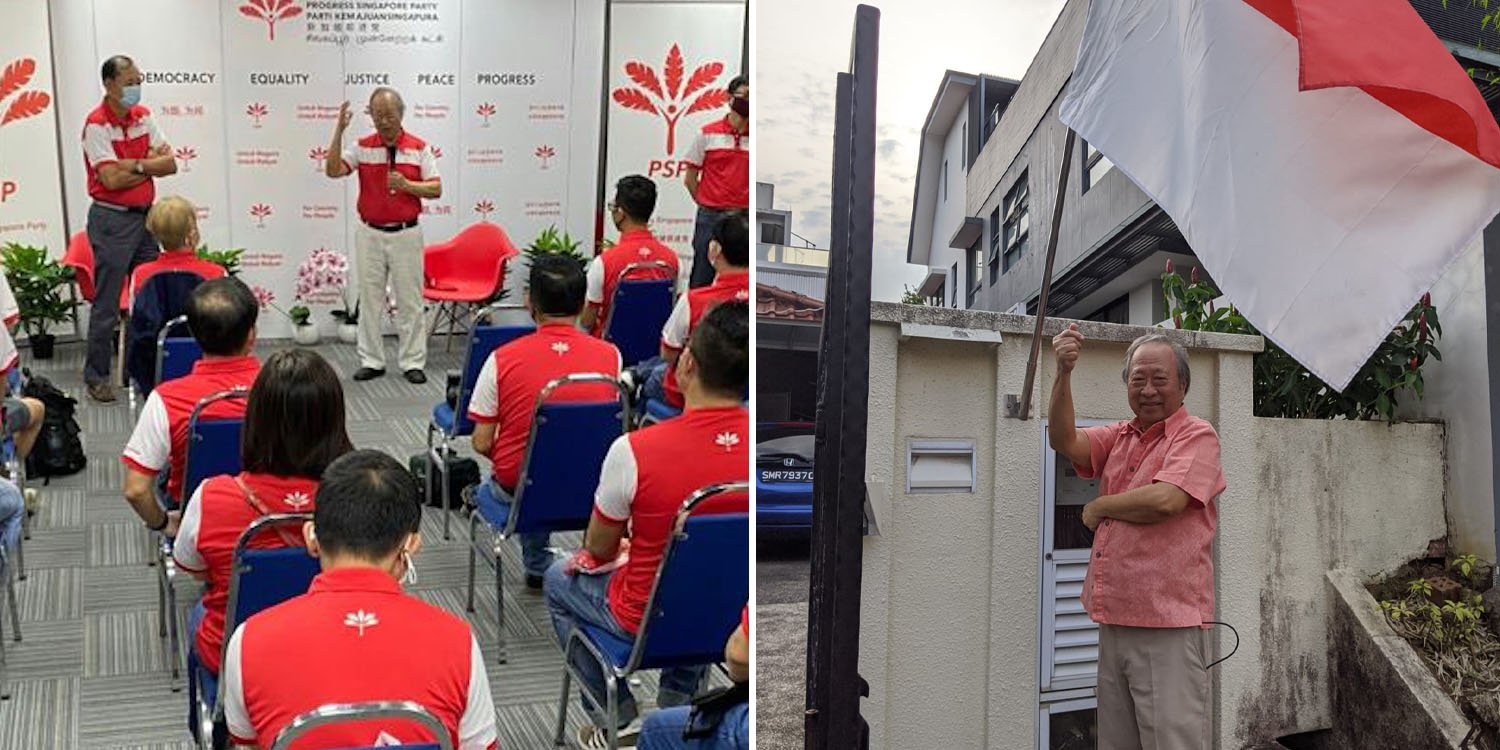 Overwhelming Response From S’poreans Wanting To Join PSP After GE2020

Slightly over a month ago, Singaporeans were all hyped up for election week.

While the election craze has died down, Progress Singapore Party (PSP) leader Tan Cheng Bock has been keeping busy. 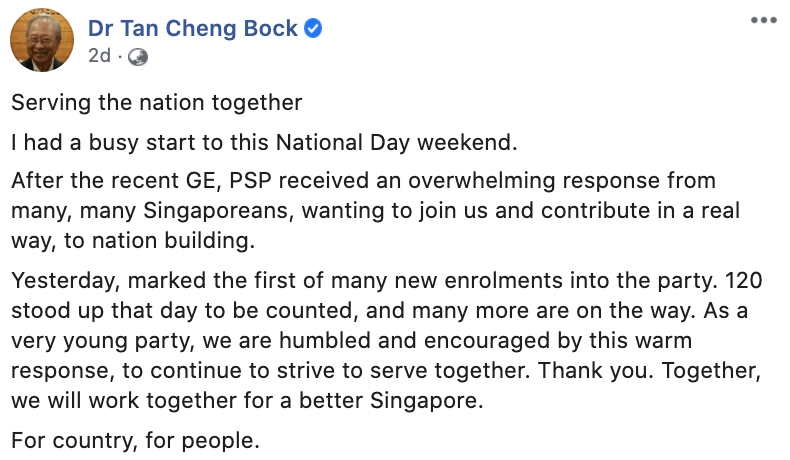 With much optimism, he mentioned how this is only the beginning for the young party.

According to Dr Tan, PSP received an “overwhelming response” from many Singaporeans wanting to join the party after GE2020. 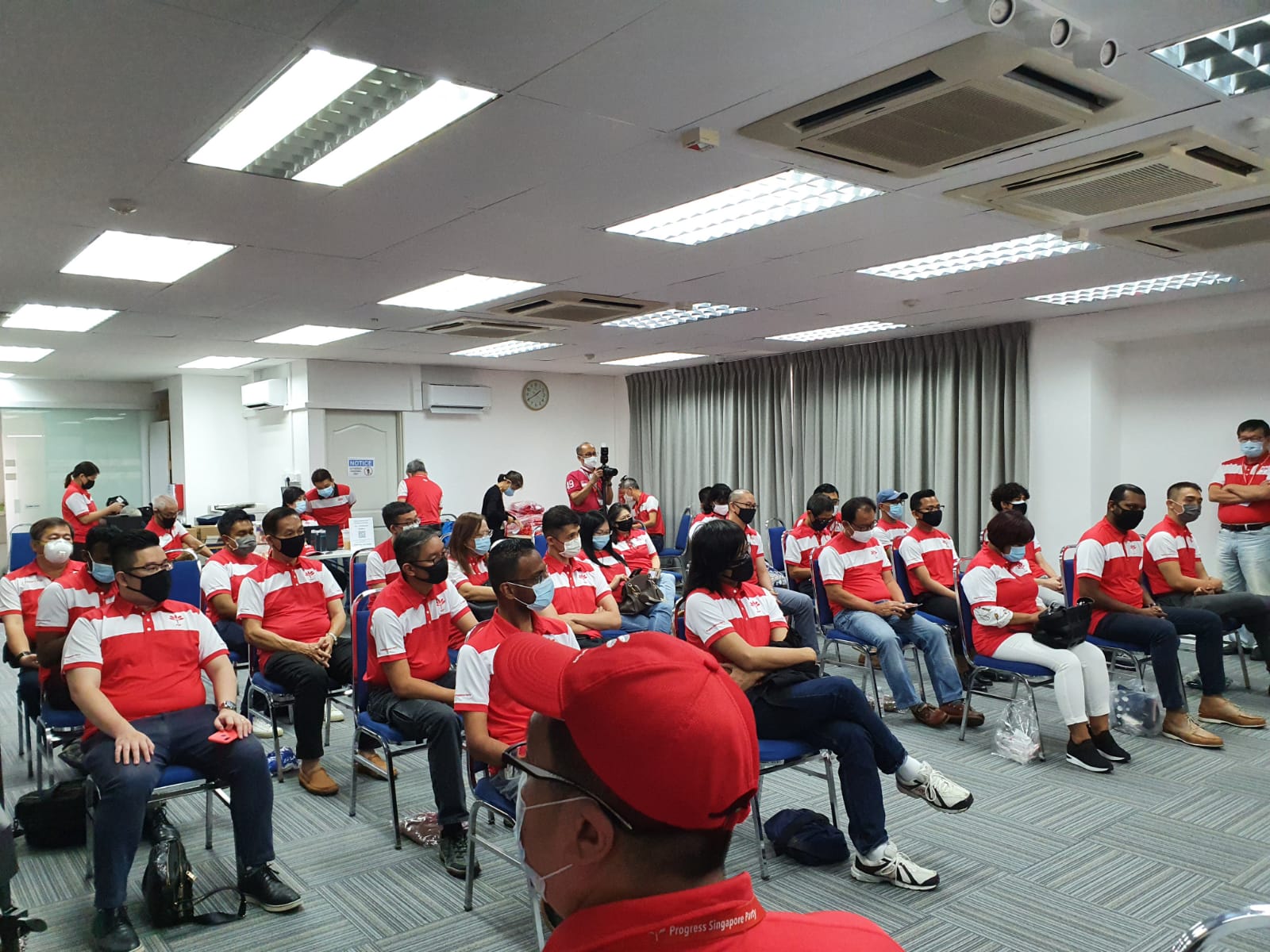 In a tribute to National Day, Dr Tan says they are “serving the nation together”.

The first of many new enrolments into the party

Dr Tan remarked that this is only the first of many enrolments to come for PSP.

120 stood up that day to be counted, and many more are on the way.

He believes that many Singaporeans who wish to join them want to contribute in a real way to nation building. 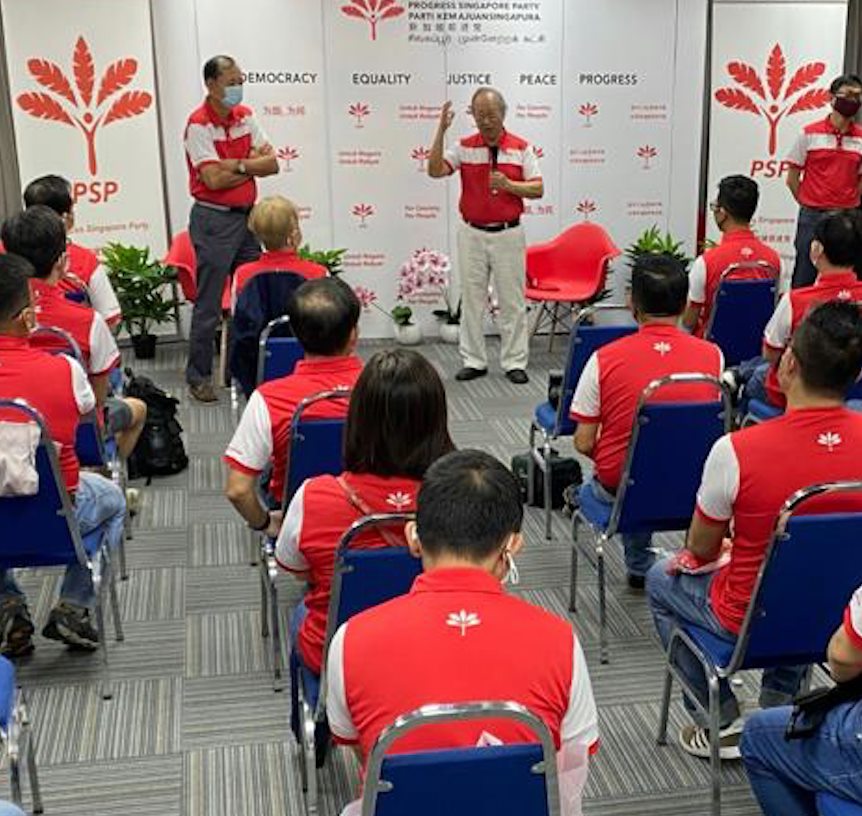 Dr Tan spoke on behalf of the party that they are humbled and encouraged by the warm response and promises to work together for a better Singapore.

He ends off his post with PSP’s slogan, “For country, for people”.

In an earlier Facebook post on National Day (9 Aug), Dr Tan had wished the public a happy National Day. 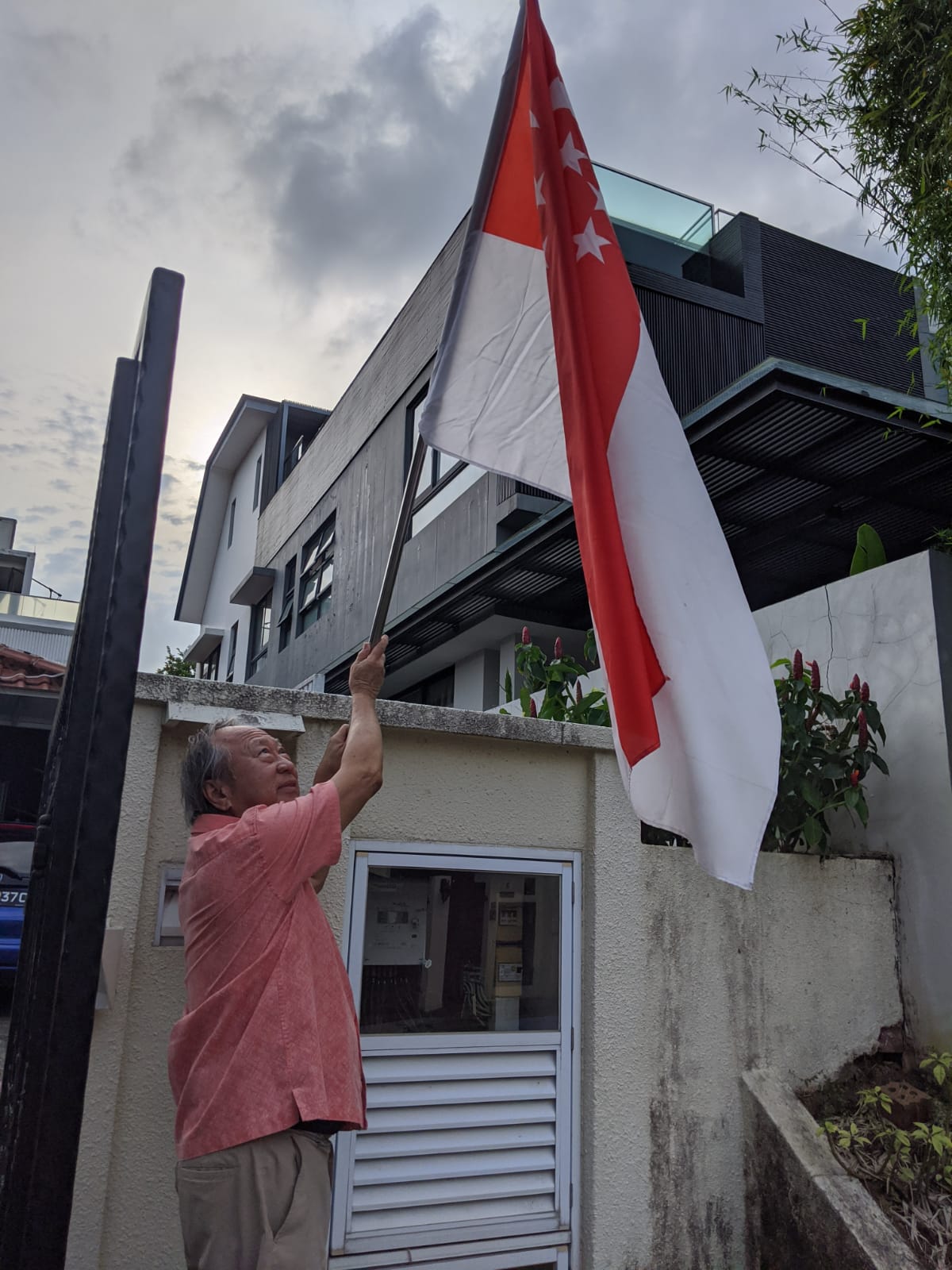 He detailed his concerns for Singapore including Covid-19 re-emerging and the loss of jobs.

But he is confident that the nation can get back on its feet.

He then invited Singaporeans to join PSP in looking at new and alternative solutions and policies.

As GE2020 fades from the forefront of our thoughts, Dr Tan Cheng Bock proves that he is not one to rest on his laurels.

Despite his party’s narrow loss in West Coast GRC, Dr Tan continues to interact with Singaporeans on social media, staying connected with them.

He also recently received treatment for knee pains that he got from GE2020, but is already back on his feet to welcome the new members of his party.

His actions have been a true testament to his dedication, tenacity and willingness to serve Singapore, gaining the admiration of many, regardless of political affiliations.