Man In Punggol Struggles To Get A Cab For Wife In Labour, Kind Strangers Offer Them Free Ride 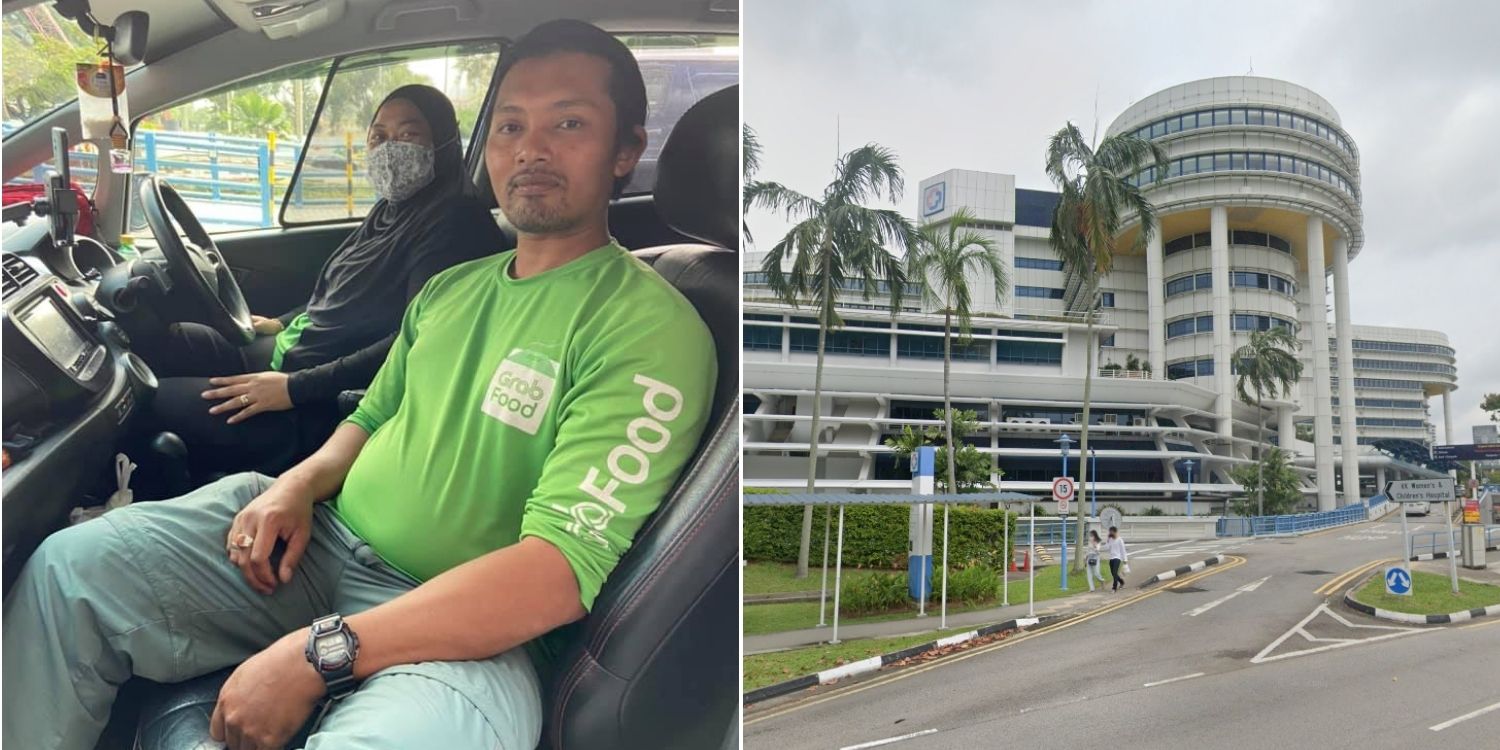 An unexpected kindness in a crucial moment.

Punggol Couple Gets Free Ride From Strangers To KKH

For expecting couples, the moments right before birth can be the most anxious ones, as they hurry to get things in order for the delivery.

The mad rush to reach the hospital like we see in movies is real, and one couple in Punggol can vouch for that. Thankfully, 2 kind souls were there to help, by offering them a free ride.

Immensely grateful for their gesture, the husband took to Facebook to thank the pair.

Tried to hitch a ride when water bag broke

What he didn’t expect was for no private hire cars to be available, leading to a predicament which he shared on Facebook yesterday (13 Jan). 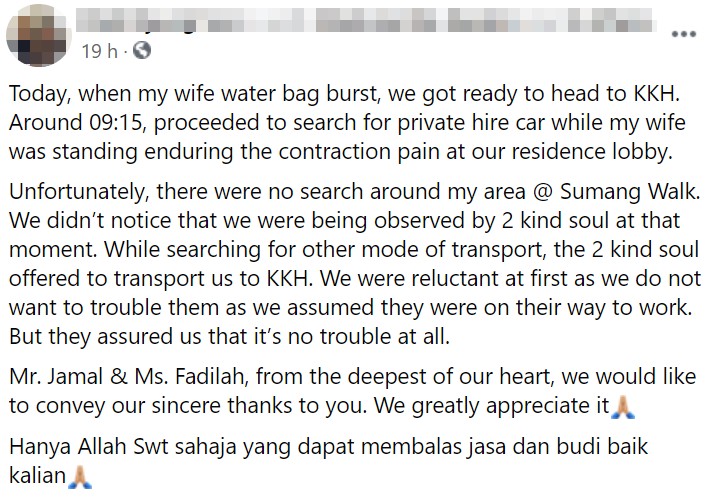 As his wife stood at the lobby fighting the pain from her contractions, Mr Rahimin was almost at his wits’ end.

Little did he know that another couple was nearby, and had noticed their apparent urgency.

Determined to get his wife to the hospital immediately, Mr Rahimin tried to book a ride again, but none seemed to be available at the time at Sumang Walk, in Punggol.

Thankfully, another couple who had been observing them approached, offering a free ride. 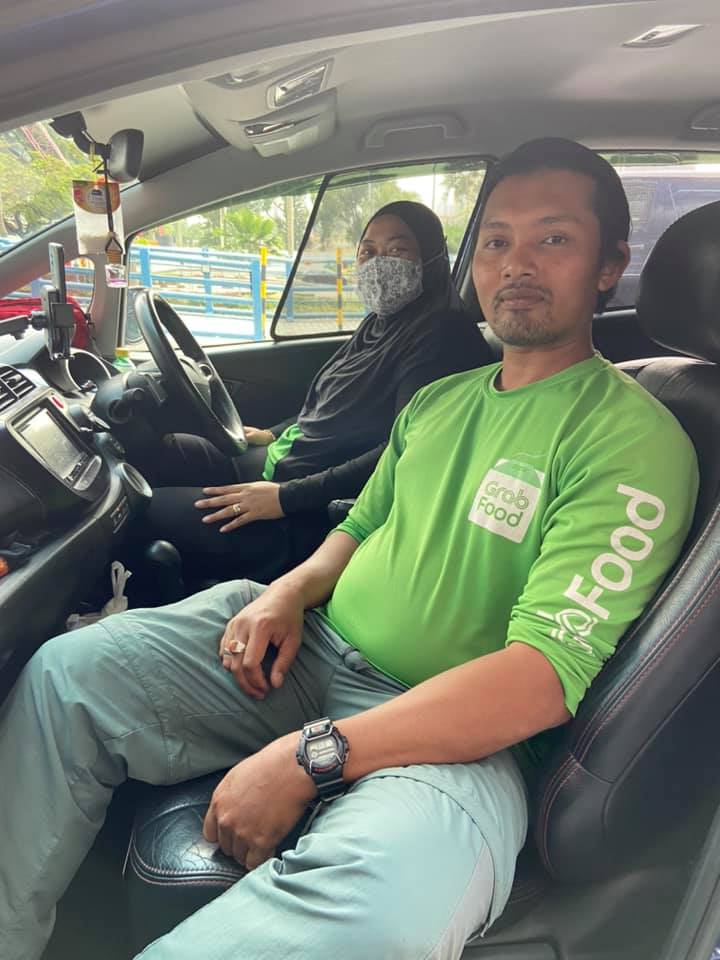 Afraid of troubling the kind strangers, the pair politely declined at first.

But after they assured that it was no trouble at all, Mr Rahimin and his wife graciously accepted.

Grateful for their help

What transpired after is unclear, but judging by Mr Rahimin’s joy, we believe they managed to reach the hospital in time for a smooth delivery.

After learning the couple’s names, he thanked them profusely on Facebook, saying that only God can repay their kindness.

Indeed, such generosity is hard to come by. We salute the couple for instinctively extending help to another couple in need.

MS News also congratulates Mr Rahimin and his wife on their newborn, and hope all is well for the family.