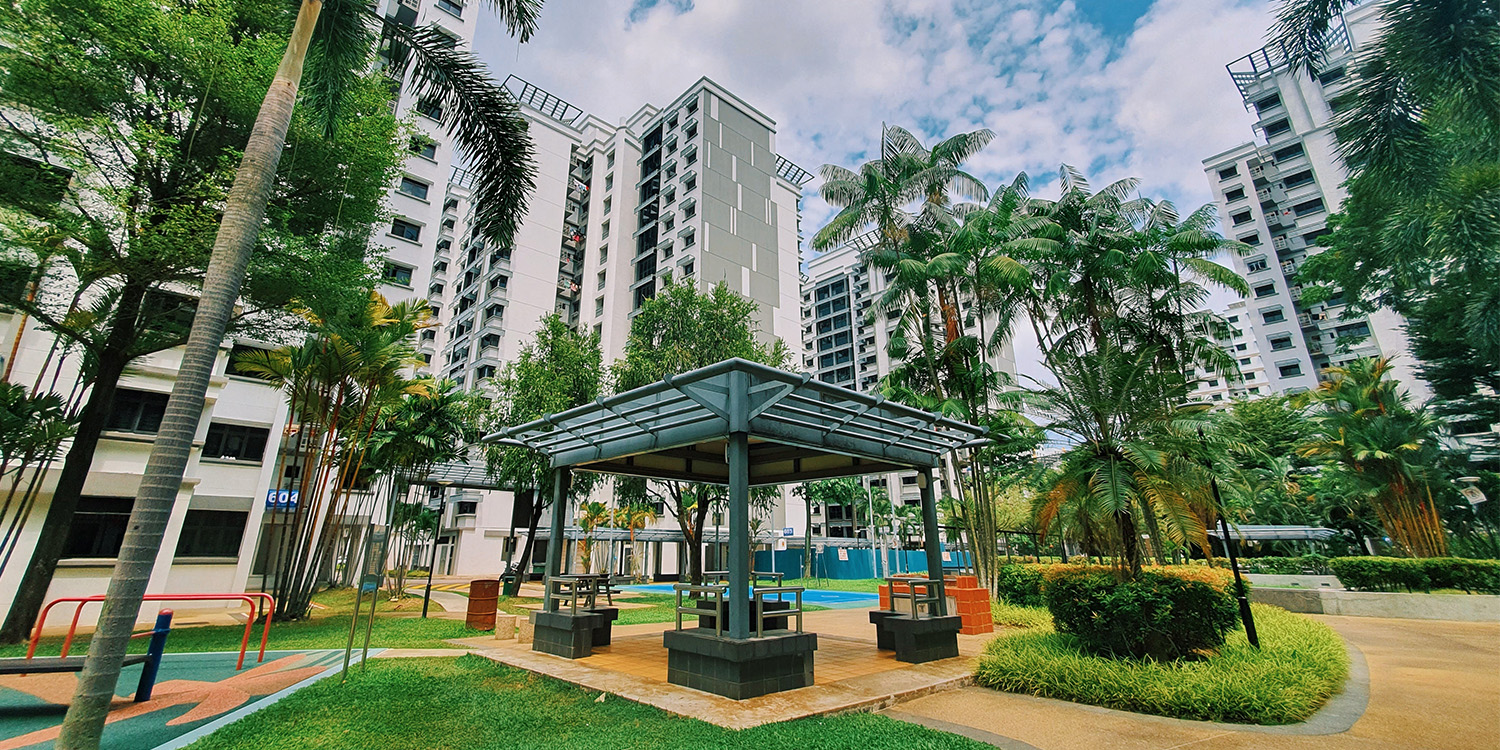 Mother Hopes For Written Clarification From Certis Regarding Quarantine Orders

With local Covid-19 cases on the rise in Singapore, more people have been asked to undergo Quarantine Order (QO) to limit the spread of the virus.

A lady recently took to Facebook to share some issues she faced in the processing of QOs since her 6-month-old daughter was identified as a close contact of a Covid-19 case.

As her daughter is a minor, she requested for her entire family to serve QOs at home so that she could accompany her.

However, Certis – the group responsible for the issuance of QOs – has allegedly yet to reply since 27 Jul, causing her much anxiety. 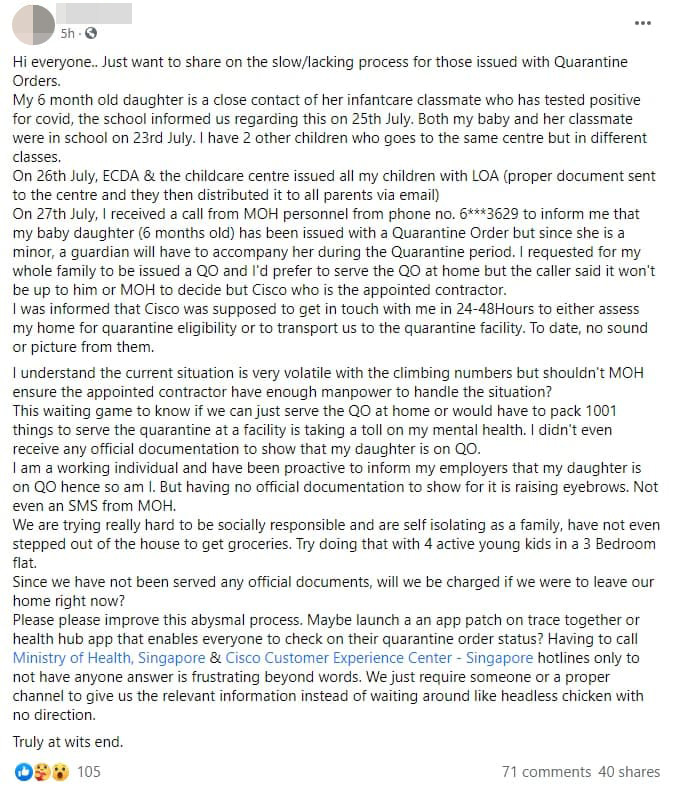 In the meantime, the lady said they hadn’t been served official documents, prompting her to wonder whether her family would be charged if they were to leave the house.

Here’s a summary of her complaints.

According to the Facebook post, the school first informed the lady on 25 Jul that a child in the same class as her 6-month-old daughter tested positive for Covid-19.

Her daughter was in class with the infected child on 23 Jul. Her other 2 children were in the childcare centre on that day as well but in different classes.

Both the Early Childhood Development Agency (ECDA) and the childcare centre then issued all her kids, as well as other parents, a Leave of Absence (LOA) on 26 Jul.

On 27 Jul, an MOH personnel called the lady to inform her that her daughter had been issued a QO. However, as her daughter was still a minor, she would have to be accompanied by a guardian.

No response regarding Quarantine Order to date

Since it would be more convenient for her family to serve the QO together at home, she checked with the MOH personnel if it was possible.

However, the personnel reportedly said Certis was in charge of QO issuance. They added that Certis is responsible for assessing whether her family can be quarantined at home or be transported to a quarantine facility.

It was mentioned that Certis would get back to her within 24-48 hours. But it’s been 2 days, and the lady said she has not received a response.

The lady also claimed that there are no official documents to prove that her child is on QO—not even a text from MOH.

She said the absence of these important documents has raised suspicions at her workplace after informing her company of the situation.

As responsible citizens, her family has been self-isolating and has not stepped out of the house since.

This has brought about much frustration to the family because they are unsure whether they can leave the house without breaking any laws.

The lady also understood that the authorities currently have a lot to deal with. However, she hopes the process would be smoother for those experiencing a similar situation.

According to MOH, a QO is issued to quarantine or isolate a suspected carrier of an infectious disease or a close contact.

As it is a legal order issued under the Infectious Diseases Act, non-compliance carries severe penalties.

MOH will determine if a QO should be served at home, in dedicated Government Quarantine Facilities (GQFs) or hospitals.

The decision is made after assessing a person’s contact history, state of health, and the suitability of the home.

While many seem to be facing the same waiting game, the delay is understandable due to the rising number of local cases.

We hope Certis can work things out ASAP and give the lady and her family some much-needed clarification.

This way, the family can then serve their QO with peace of mind.