From Sir Stamford Raffles to Yusof Bin Ishak, most of us probably know at least something about Singapore’s past.

Our ancient history, however, somehow seems to be forgotten, left untouched in our old history books. So ask yourself, what really was the foundation of our tiny little red dot?

Let’s take a good look through the centuries to find out:

Ujong Know About It

Ever heard of Pulau Ujong? Try using Google maps and you’ll get this. 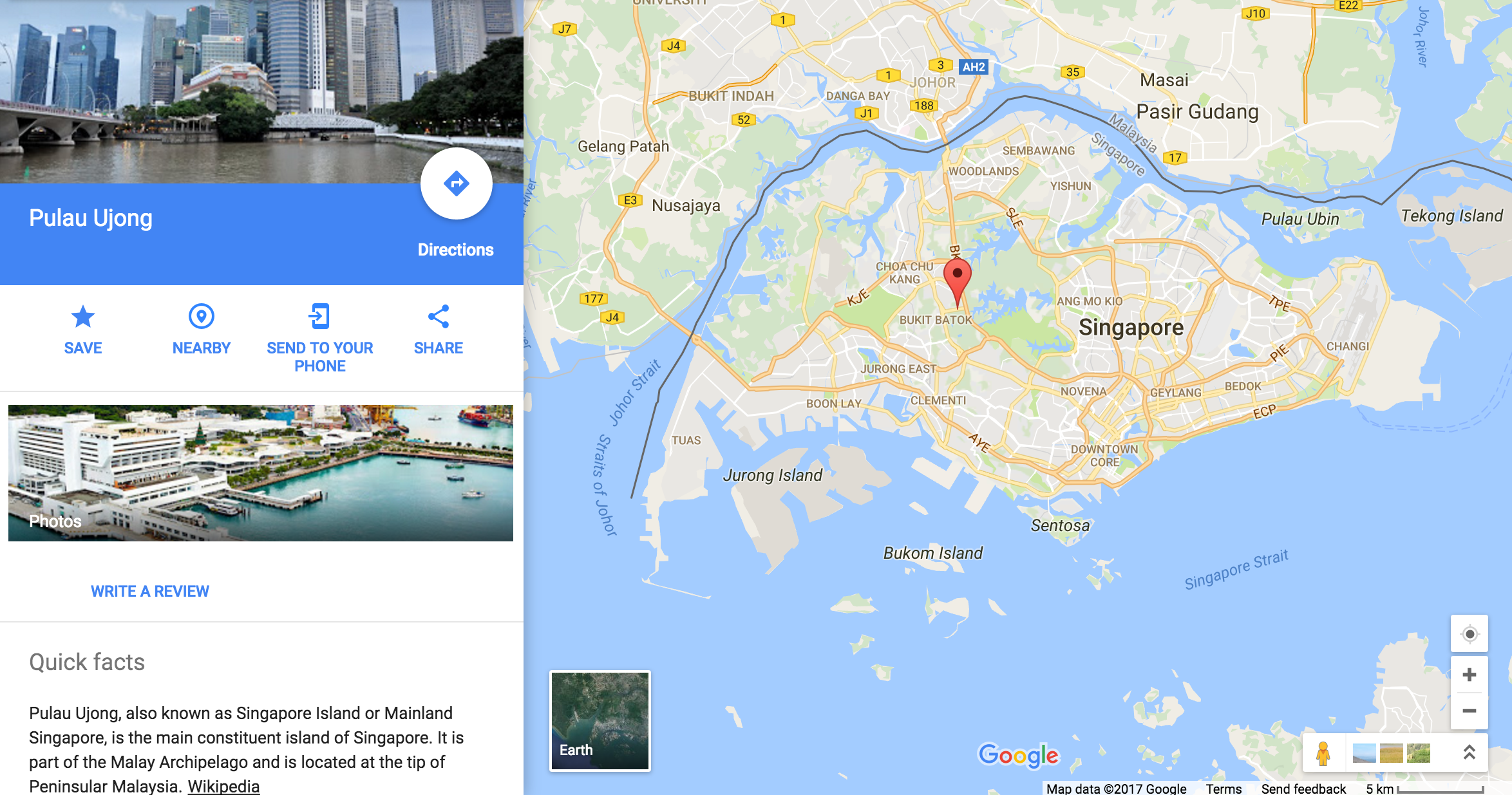 Shocking, isn’t it? Pulau Ujong is actually a place you’ve been to all your life – the main island of Singapore.

The first written record referred to Singapore as Po Lo Chung (蒲羅中), the Chinese translation of Pulau Ujong, which literally means “the island at the end of the peninsula”.

Travellers en route from the Straits of Malacca to the South China Sea and back would pass by the island all the time, causing Singapore to be called the “End Island”.

It is also said that the island was inhabited by cannibals with 5-inch to 6-inch tails, but we’d like to believe that’s just a rumour.

No Lion About It

From the 12th to 13th century, Singapore was known as Temasek – the Sea Town. This is where our favourite story comes in, involving an alleged lion sighting:

This was the start of the kingdom of Singapura. From here, the kingdom grew under the leadership of five different kings: Sang Nila Utama, Seri Wikrama Wira, Seri Rana Wikrama, Seri Maharaja and Iskandar Shah.

Sang Nila Utama was the prince of Palembang, Srivijaya and ruled Singapore for 48 years. Although his remains cannot be found, it is said that he was buried at Fort Canning Hill (formerly known as Bukit Larangan or Forbidden Hill), which was known to be an ancient royal palace back in the day.

The Tooth, And Nothing But The Tooth

In 1320, the Mongol court went on a mission to a place they called Long Ya Men (龙牙门), otherwise known as Dragon’s Tooth Strait, to gather some elephants.

Many believe that this was none other than Keppel Harbour, as it used to have a structure that looked like a dragon’s tooth up until the 19th century, when the British blew it up. Nevertheless, it’s strange to think that we once had so many elephants roaming our island.

In 1330, Chinese traveller Wang Dayuan had a first-hand account of what Singapore was like in the 14th century. He described the island as Dan Ma Xi (淡马溪 aka Temasek) consisting of two settlements: Banzu and Long Ya Men. Banzu was a peaceful trading port city while Long Ya Men was a dangerous, pirate-infested area. 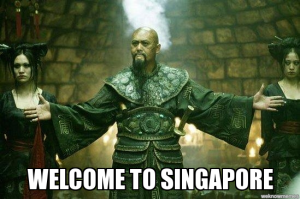 What’s even more interesting is that he noticed that the Malays and Chinese lived peacefully together, very much like Singapore today.

After Sang Nila Utama died in 1347, his eldest son Sri Wikrama Wira took the throne as the second Raja of the kingdom. It was under him that the first attempt by the Siamese to take control of the island took place, but because of the arrival of some Chinese ships, the invasion was futile.

Even in the 1350s, the powerful Javanese kingdom of Majapahit sent fleets to invade Singapore, leading to a 3-day battle. Still, we were victorious as the Javanese soldiers were forced to flee.

Following the death of Seri Wikrama Wira, his son Seri Rana Wikrama succeeded him. Seri Rana Wikrama was responsible for establishing great diplomatic ties with one of the oldest Islamic kingdoms in Southeast Asia, Peureulak Sultanate.

Once Seri Rana Wikrama passed away, his son Seri Maharaja also succeeded him in 1362. Heard of the famous swordfish story?

When the island’s coast was ravaged by swordfishes, Seri Maharaja told his soldiers to line up along the coast to fend off the fishes. However, a young boy suggested building a barrier of banana stems instead. 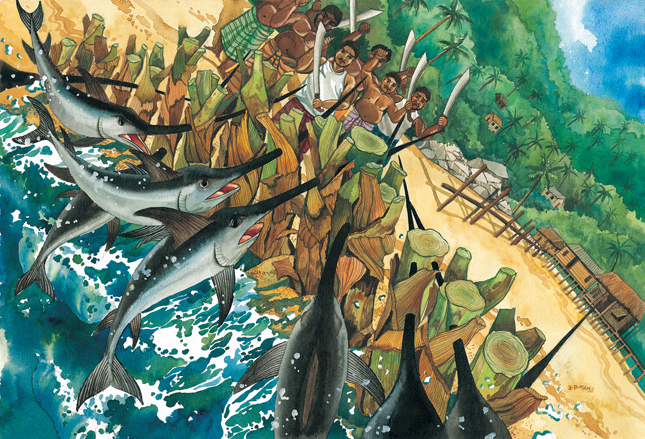 Obviously, the latter was the more intelligent solution – though it came at the expense of the boy’s life. Seri Maharaja was so jealous that he ordered his men to kill the young boy at the top of a hill where he lived, which we now know today as Redhill, or Bukit Merah Hill, so named for the boy’s spilt blood.

In 1389, Sultan Iskandar Shah became the first non-family member to succeed Seri Maharaja. One of the Sultan’s concubines was suspected of adultery, and he stripped her naked in public. In revenge, the woman’s father sent a secret message to the king of Majapahit, encouraging him to take over the Sultan’s kingdom.

After a few months, a massacre ensued in Singapore, causing Sultan Iskandar Shah to flee to Malacca. 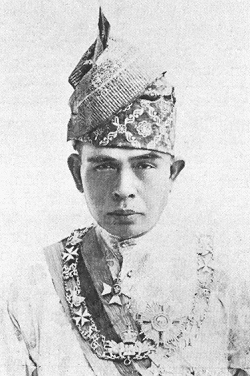 Inevitably, this helped us establish good trading ties with Malacca.

We haven’t forgotten our last king, though. There’s a piece of Fort Canning devoted to him, called Keramat Iskandar Shah: 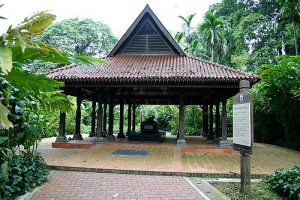 Initially, in the 15th century, Singapore was a vassal state to Thailand. Eventually, however, the Sultanate of Malacca took complete control over the island. In 1587, after the Portuguese seized Malacca, they destroyed Singapore’s settlements and left it to sink into obscurity.

Some people may wish that Singapore was still part of Thailand today, though – perhaps flea markets like Artbox may come more often and we can celebrate the Songkran festival here too. 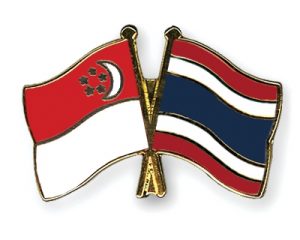 The Rest Is History

After more than two whole centuries, Sir Stamford Raffles stepped into the picture and kicked off Singapore’s progress to its current state.

Today, we’ve made a name for ourselves and established ties far beyond any of our past kingdoms. Our five kings would have been extremely proud.

Wounded Brown Poodle In Lentor Home Has Flies Buzzing Around It, SPCA Investigating

S’pore Mother With Disabilities Left Without Caretaker After Son Dies, Has Only S$6 In Bank