M’sian Security Guard Brings Daughter Along On Shifts, Lets Her Nap In His Vest Her mother is currently away to take care of family matters.

Security Guard In Malaysia Takes Care Of Daughter While On Shift

Everyone knows how noble and important the role of a parent is, but only a parent can truly understand how challenging it is. That challenge becomes extra daunting for parents who have to work at the same time.

For the more fortunate ones, they can get help, perhaps in the form of grandparents or paid caretakers. As for others, they have no choice but to resort to bringing their children with them, like this security guard in Malaysia.

In a viral TikTok video, the man can be seen working a shift while his young daughter accompanies him inside a small security hut. 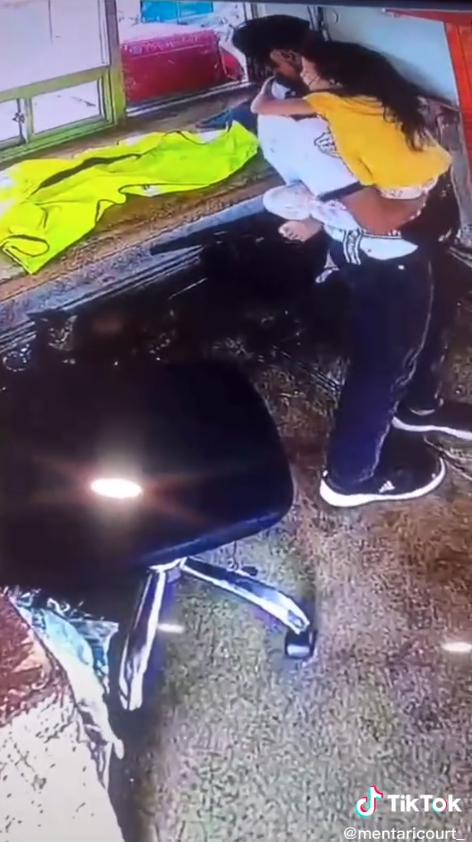 When it’s time for her nap, she climbs on top of the counter, where her doting father then keeps her warm with his neon vest.

Security guard has no one to look after daughter

According to Sin Chew Daily, the security guard is a 28-year-old man named Azam who started work a week ago at an apartment in Petaling Jaya, Selangor.

Although he is currently residing at a unit within the building, there is no one at present to care for his daughter — his wife returned to her hometown for some family matters. 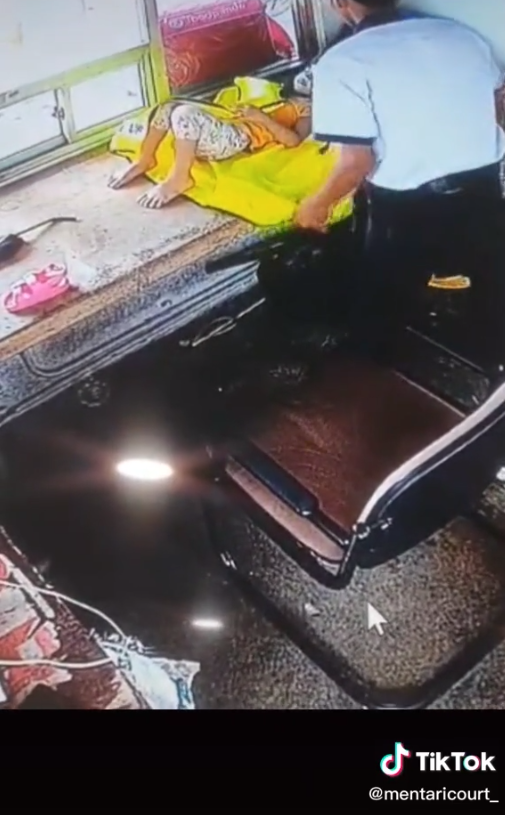 Azam added that he had initially put his three-year-old daughter, Umairah, in the care of relatives who stay in the same building.

However, Umairah was constantly crying and making a fuss, and Azam was forced to take her with him during shifts instead.

“My daughter is very attached to me and isn’t used to being alone with others. She kept crying and wanted to come with me, so I could only take her along to work.” the 28-year-old said.

The apartment’s manager, Saifuddin, who had worked there for eight years, found out about Azam’s plight after inspecting CCTV footage, reported Sin Chew Daily.

After speaking to Azam and getting to know his circumstances, he permitted the security guard to continue taking care of his daughter on shifts.

Azam mentioned that Saifuddin also stationed him at a less busy checkpoint of the building so he could spend more time on Umairah. 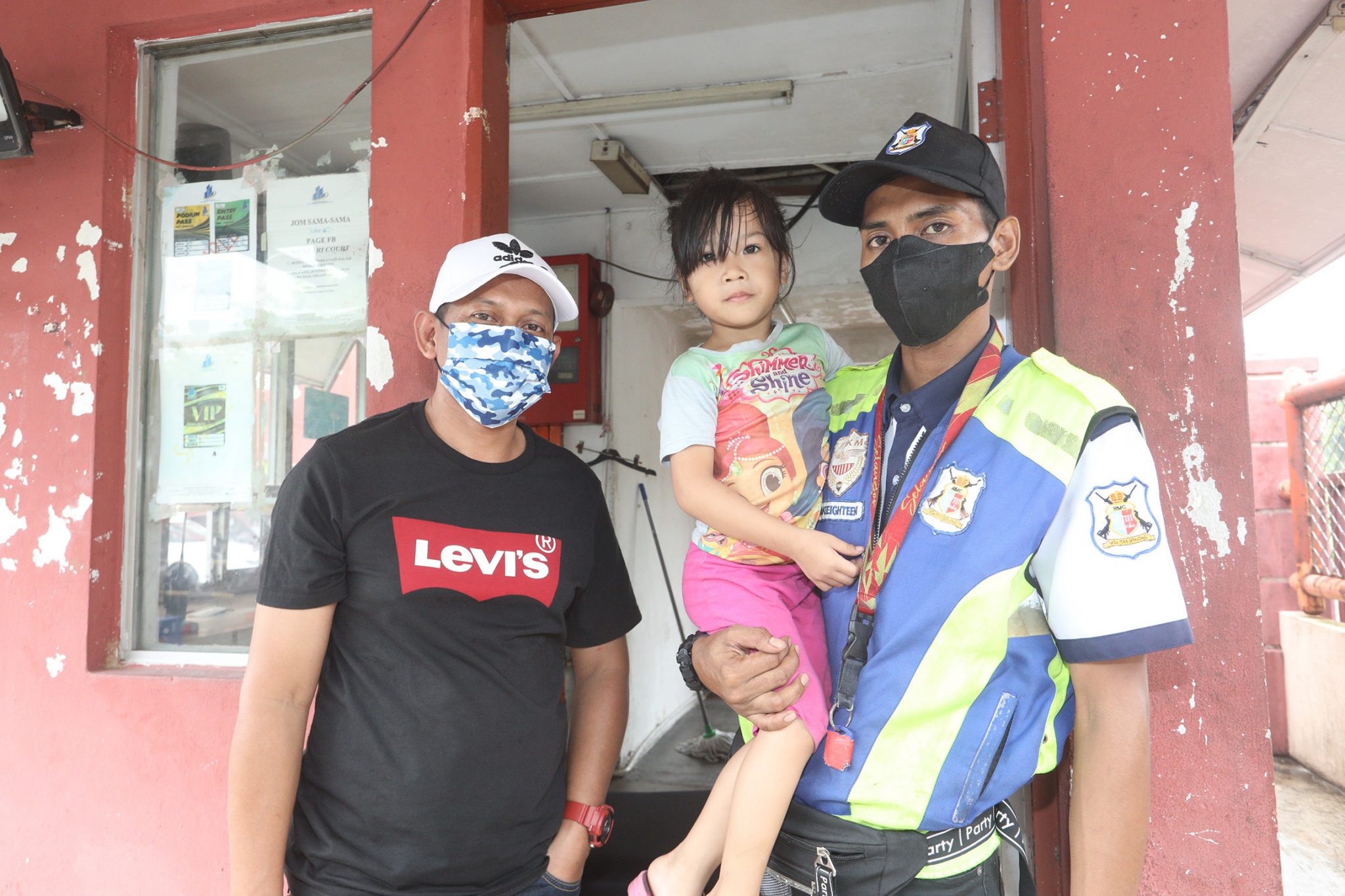 On Saifuddin’s part, he expressed great sympathy for his employee and praised Umairah for being so obedient while her dad works.

Since Umairah has been sleeping on the counter wrapped up in her father’s vest, Saifuddin is looking to put a carpet in the hut.

That way, the little girl will have a better spot to play and sleep on.

Father saving up to fly daughter to be with her grandparents

Azam understands that having Umairah accompany him on shifts is not a long-term solution.

For now, it remain unclear when his wife would return to Selangor from her hometown of Sabah. 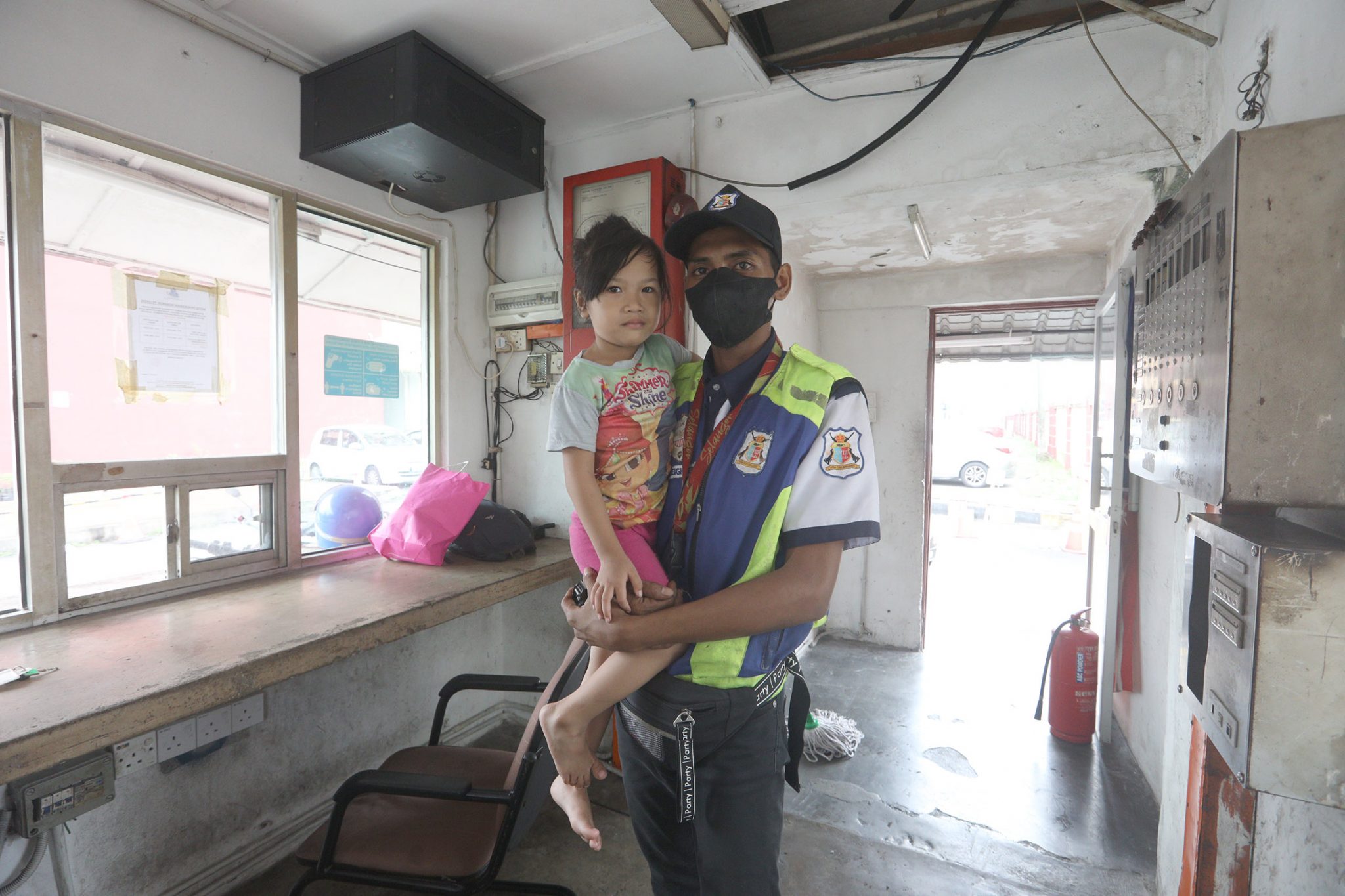 As such, the security guard is saving up to fly Umairah to Sabah, where his parents can help take care of her.

”Once I’ve saved up enough, I’ll take her back to Sabah. Hopefully, we can make that happen next year.” he said.

A parent’s love knows no bounds

Regardless of their circumstances, parents will always strive to give their children all they can.

Although Azam doesn’t appear to have much, it’s clear he is making the best of what he has to be there for Umairah.

Hopefully, he achieves his goal of saving up for those plane tickets soon, so Umairah can grow up in a safe and comfortable environment.