She said the identity ensured a safe life for her daughter.

Woman Disguises As Man For 36 Years To Raise Daughter Safely

It has been said that there is no greater love than a mother’s love.

One mother in Tamil Nadu, India, has demonstrated that through the sacrifice she undertook to bring her child up.

After her husband’s untimely demise, the 57-year-old Madam S Petchiammall disguised as a man for 36 years to raise her only daughter by herself – and without harassment – in a patriarchal society. 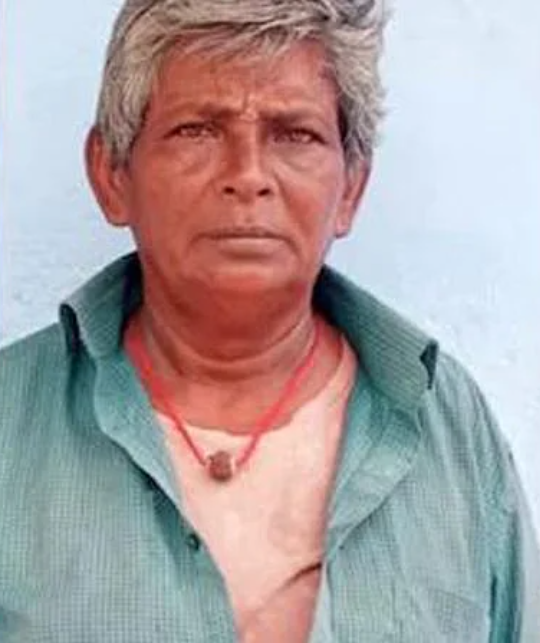 Although her daughter has now grown up and married, Petchiammal said she would remain a man forever.

However, as she is now too old to carry out hard labour, she hopes the government will provide her with monetary aid.

Had to find work after death of husband

Madam Petchiammal, who hails from Thoothukudi town, married when she was 20, The New Indian Express (TNIE) reported on 15 May.

Unfortunately, her husband Siva died just 15 days into the marriage, she told TNIE. She was by then pregnant with her daughter Shanmugasundari.

Madam Petchiammal decided not to marry again. But she soon found that raising a child alone was difficult.

To raise her daughter alone, she worked at construction sites, hotels and tea shops.

But she faced sexual taunts, harassment and hardship at all these places.

Woman disguises as man at temple

So she went to Tiruchendur Murugan Temple, changed her attire to that of a man’s and rechristened herself as ‘Muthu’.

She then relocated to Kattunayakkanpatti, about 30km from Thoothukudi, where she lived for more than 20 years.

“Only my close relatives back home and my daughter knew that I am a woman,” she said.

Although Shanmugasundari is now married, Madam Petchiammal is not ready to abandon her disguise.

She is content to stay a man, as the identity “ensured a safe life for my daughter”.

She added that she would remain as ‘Muthu’ until she dies. True enough, her Aadhaar card, ration card, and voter ID still show that she is a man.

Now too old to work, hopes for government aid

However, Madam Petchiammal can no longer put in hard labour like she used to due to her age.

So she obtained an MGNREGS job card a year ago — this time as a female.

She shared that she does not own a house or have any savings. Nor is she able to apply for a widow certificate.

As such, she is hoping the government will offer her some monetary assistance.

According to TNIE, Collector Dr K Senthil Raj said he would check if benefits under any social welfare scheme could be offered to her.

Instead of lamenting her fate after her husband’s death, Madam Petchiammal focused on what had to be done by thinking of how she could bring up her daughter safely in a male-dominated society.

Despite the odds, she soldiered on bravely and showed remarkable adaptability and ingenuity to provide for herself and her daughter.

Likewise, we should press on like Madam Petchiammal did and not give up in the face of difficulty.

We hope she will be able to get the monetary aid that she needs so she can sit back and enjoy life.

We Ranked 5 Most Popular Family Travel Destinations In 2022