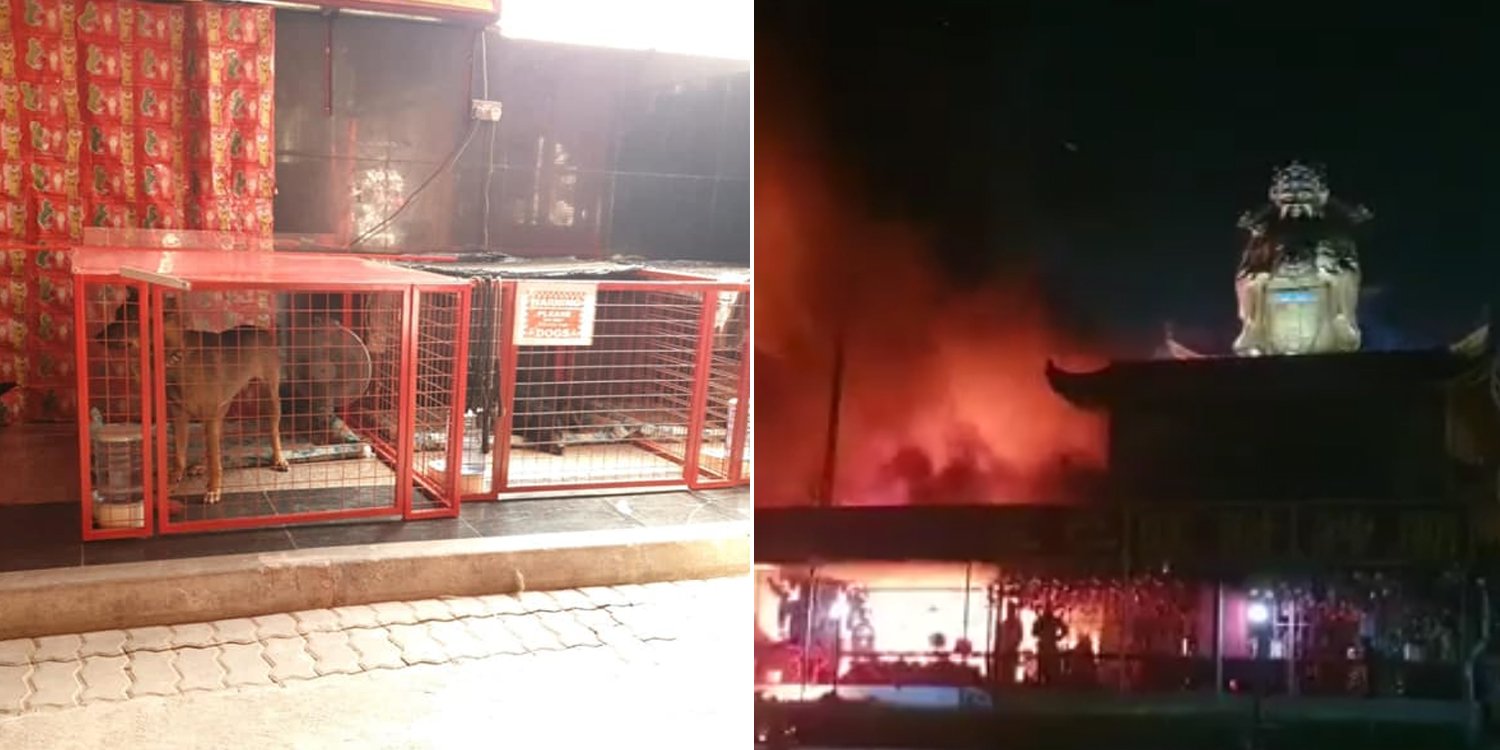 While there were no human casualties from the Sembawang Temple fire last night, 3 out of the 7 dogs kept there tragically lost their lives.

As many netizens mourn the demise of the 3 canines, the animal group ‘Chained Dog Awareness in Singapore’ (CDAS) penned a poignant farewell to the dogs.

In the post, CDAS folks apologised for letting the doggos down, and urge the authorities to step in to prevent similar occurrences in the future. 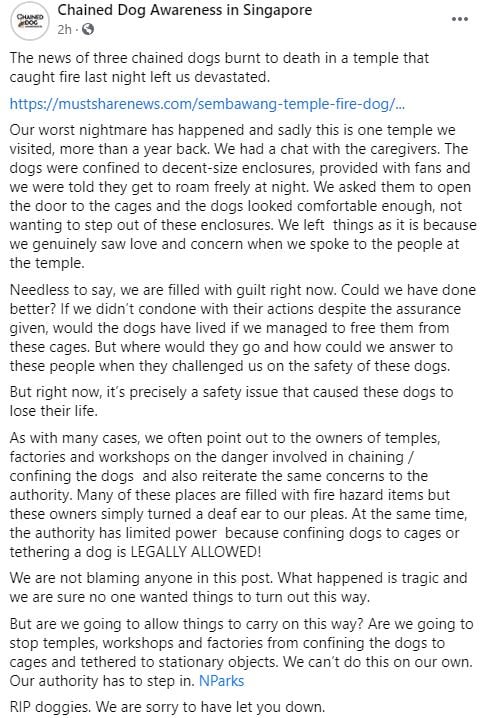 Calling the demise of the 3 dogs their “worst nightmare”, CDAS shared that they had visited Sembawang God of Wealth Temple on a previous occasion. 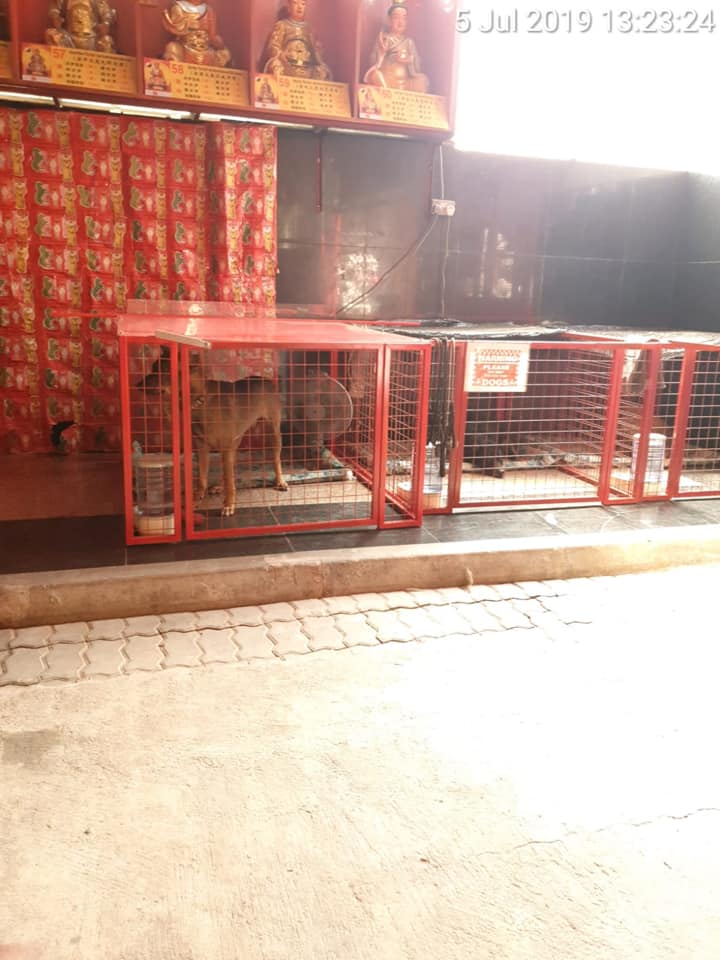 There, folks from CDAS found that the dogs were kept in “decent-size enclosures”, had fans, and allowed to roam free at night. 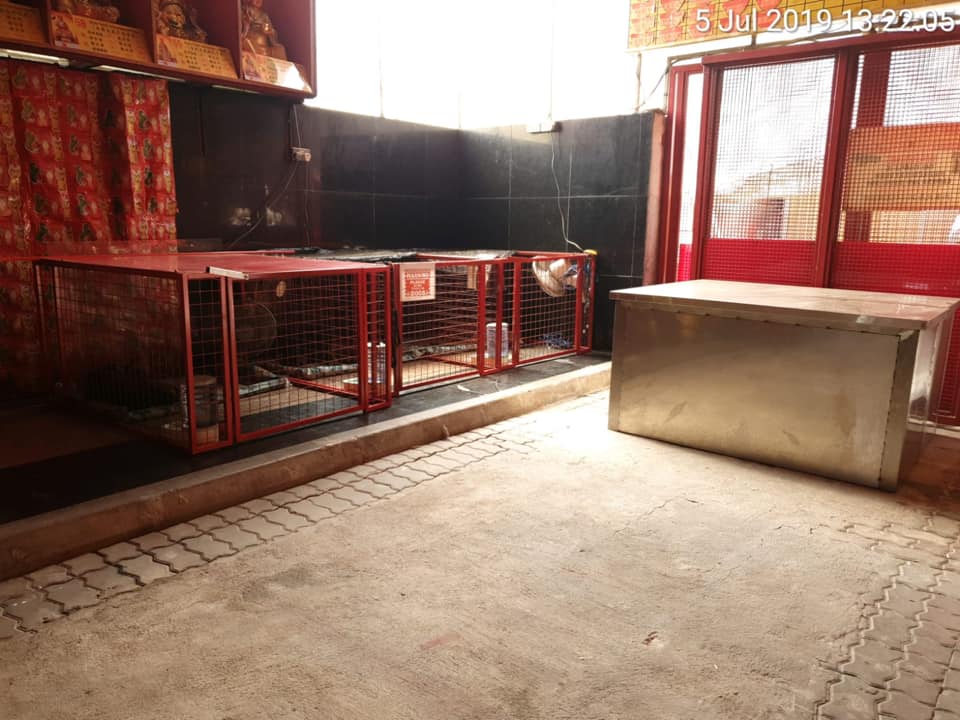 Eventually, they left things as they were as they reportedly felt that those looking after them at the temple genuinely loved and care for the dogs.

However, given the demise of 3 dogs in the blaze last night, folks from CDAS are now guilt-ridden.

They wondered if the dogs would still be alive if they had not accepted the assurances given, but are also unsure where they’d live if they were released.

While the folks from CDAS had pleaded with “owners of temples, factories and workshops” against chaining and confining dogs, many of them allegedly turn a deaf ear.

Dog chained to forklift and pallet in a factory
Source

They said these places are of particular concern given the hazardous items within their premises.

Their efforts are also made more difficult as it is apparently legal for owners to tether dogs or confine them to cages. Hence, the authority has “limited power” over it too.

Apologies to dogs for letting them down

Though the dogs’ demise is no doubt tragic, CDAS isn’t interested in pointing fingers.

Instead, they hope the authorities would step in to prevent such incidents from happening moving forward.

RIP doggies. We are sorry to have let you down.

May the dogs rest in peace

Like folks from CDAS, we at MS News mourn the tragic passing of the 3 dogs. May they rest in peace.

Nobody is to blame for what is a tragic misadventure, and we should avoid pointing fingers at anyone for the dogs’ deaths.