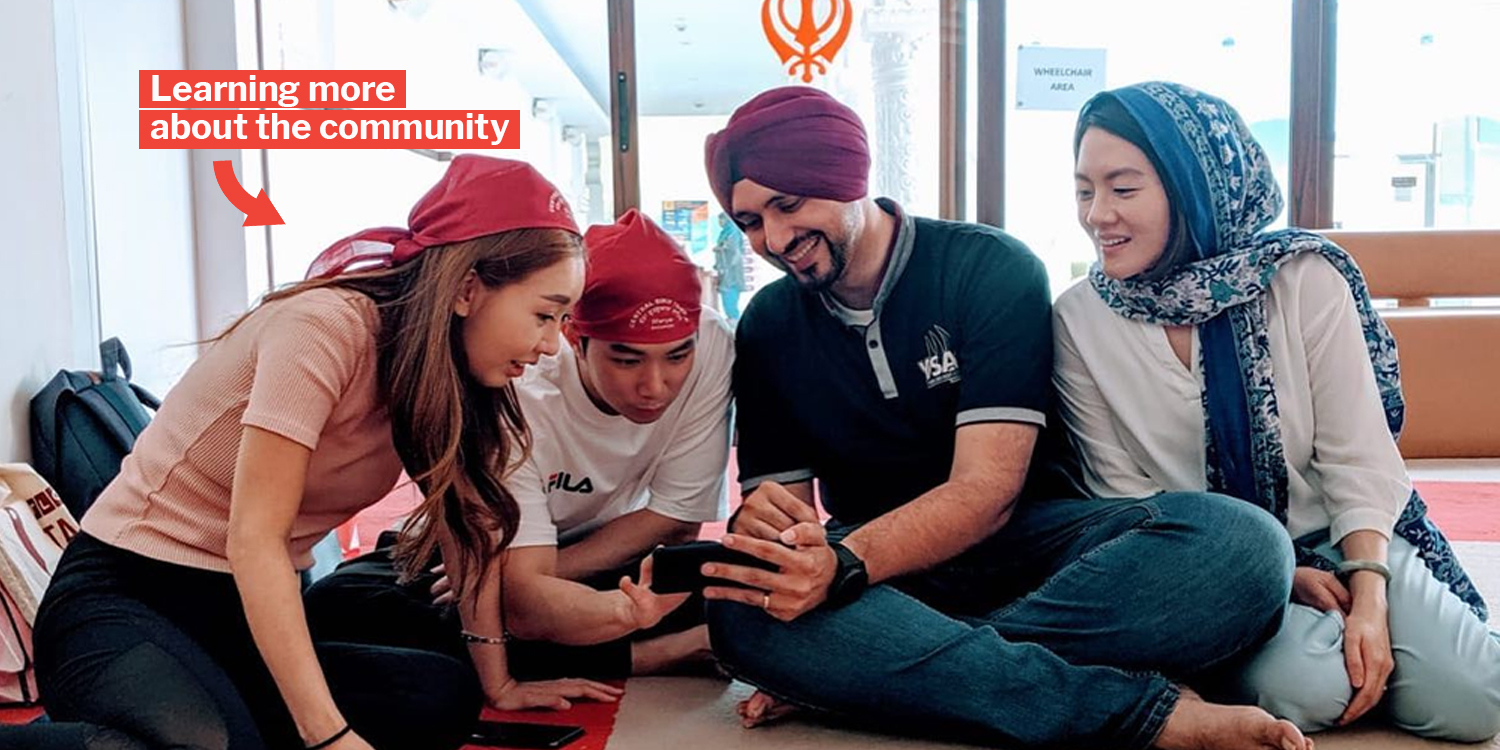 A few days ago, beauty blogger Sheena Phua caused some upset among netizens by putting up an Instagram Story showing 2 men in turbans along with the caption “2 huge obstructions decided to pop out of nowhere”.

She quickly received the indignation of the Internet for her tasteless caption.

But while netizens were chiding her and calling her ignorant, The Young Sikh Association of Singapore decided to take a different approach. Rather than adding to the condemnation, they invited her to their place of worship, a Gurdwara, to learn more about their community. 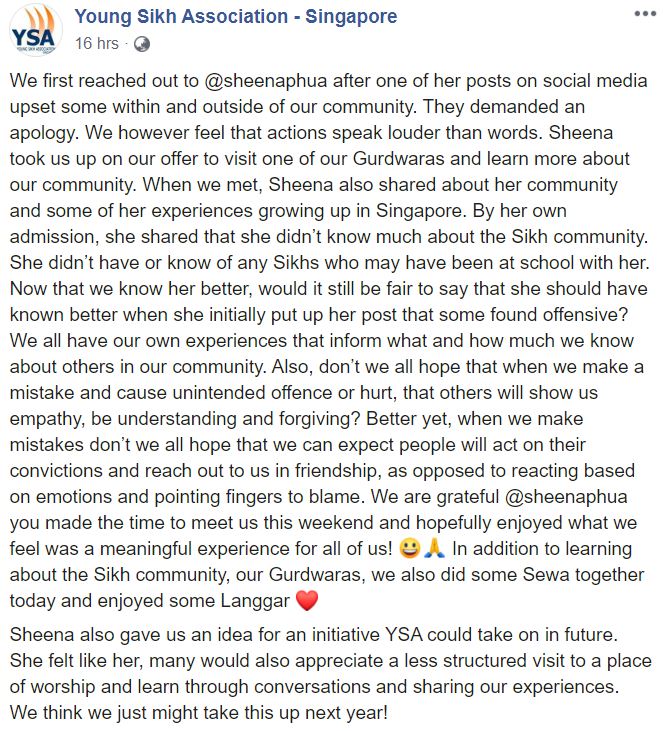 Gave her a tour & let her help in the kitchen

According to the Facebook post, Sheena told the young Sikhs that she didn’t know much about the Sikh community. She also said that she never had friends who are Sikhs.

The association appealed to people’s sense of empathy, reasoning that we all make mistakes and should be forgiving rather than harshly critical of each other. This opens the way for understanding and forgiveness.

Sheena on the left
Source

Apart from taking her around the Gurdwara and telling her more about the community, they also invited Sheena to help out with Sewa and Langgar, which are acts of service for the needy.

Sheena had a chance to step into the big kitchen where they prepare food which they later distribute to the poor.

Empathise and educate rather than condemn

The Sikhs showed us that the best way of resolving a matter is to empathise and educate. So they chose to take the offensive Instagram post as something that may have been done out of ignorance rather than spite, and invited her to learn more about their community. And everything turned out really well.

That’s the kind of forgiveness and harmony we need in Singapore. 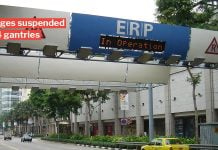