Must Share News – Independent News For Singaporeans
Home News S’porean Loses 4D Tickets Worth $27,000, Offers $4,000 To Anyone Who Can... 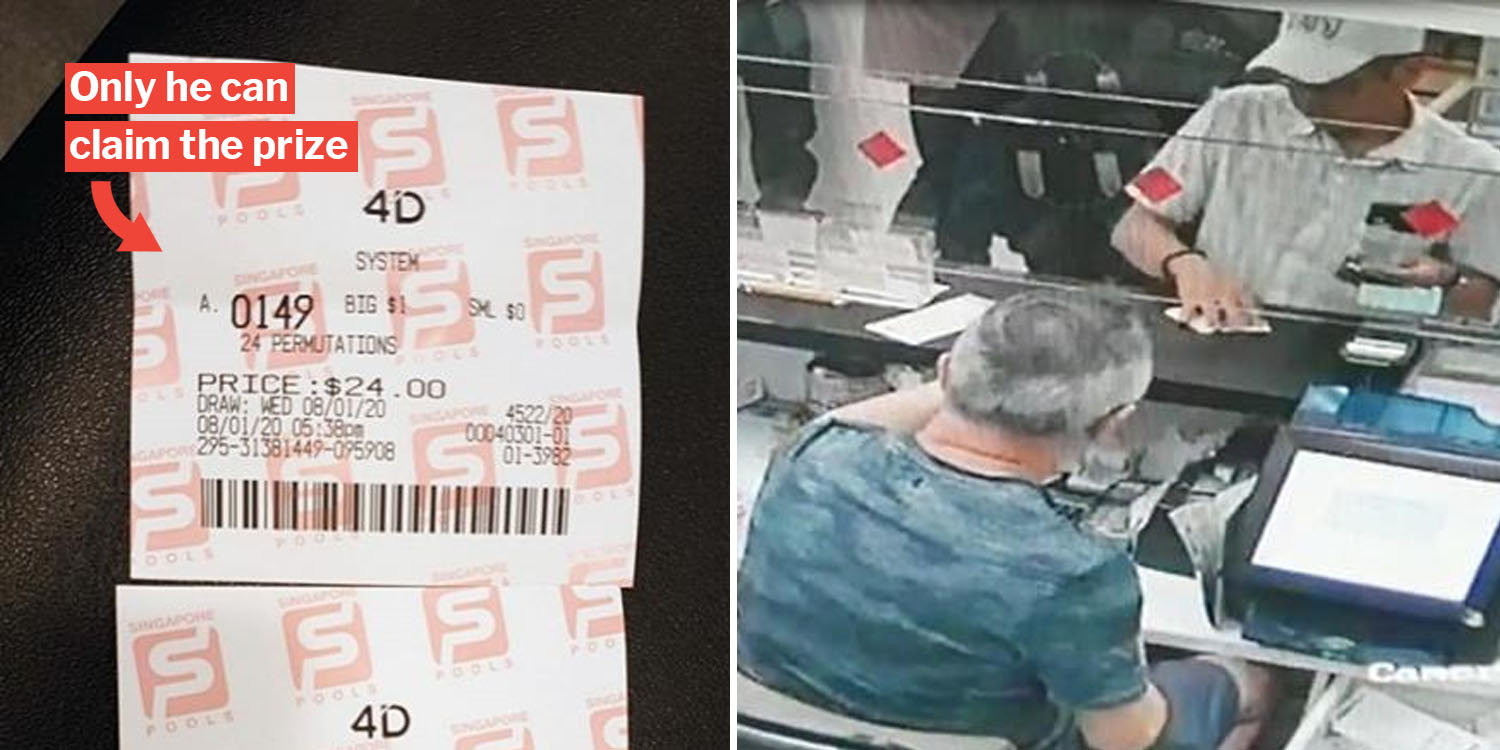 Singaporean Offers $4,000 Reward For First-Prize 4D Tickets He Had Lost

He is also promising a $4,000 bounty to anyone who can bring them back to him.

Since the incident is now a police case, anyone in possession of the tickets won’t be able to claim the winning prize.

One of the worst experiences in life is when you think you’re going to win something, only for it to not be the case. The disappointment can be worse than not knowing you’d win at all.

A 52-year-old private hire driver, surnamed Zhong, received the equivalent of a roller-coaster ride when he lost a 4D ticket containing the first-prize number.

So as the powers that be giveth, they also taketh.

Shin Min Daily reported that Mr Zhong was passing by the Kis Store on Wednesday (8 Jan), a Singapore Pools retailer in Chinatown, when he noticed no crowd around. 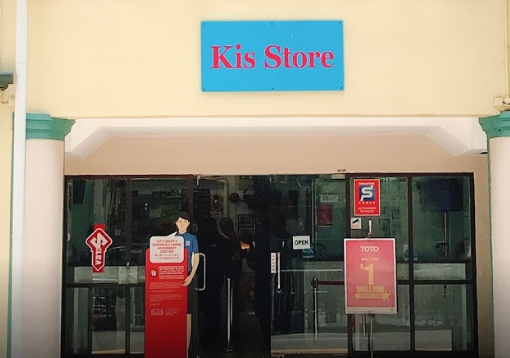 That was when he decided to make a bet on a whim, using the store’s unit number, #01-49. The photo of his tickets from Shin Min Daily shows his bets. 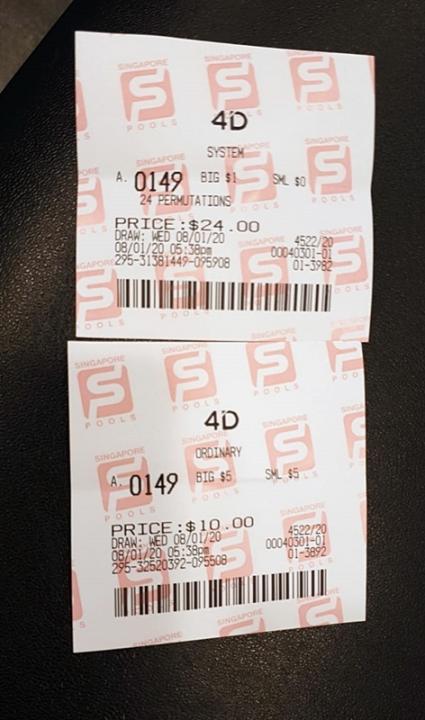 Meanwhile, here’s the announcement for the 1st prize winner on Wed (8 Jan). 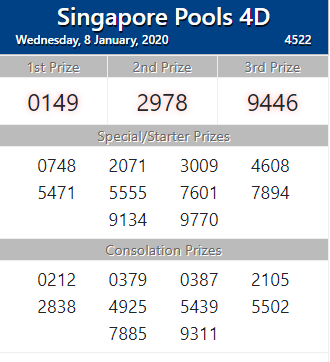 Yup, Mr Zhong won 1st prize just like that. Betting truly is a game of luck.

Lost 4D ticket after someone collided into him

Winning by surprise was only the beginning, but the icing on the cake was the $27,000 prize money.

After finding out about his victory, an eager Mr Zhong tried to take the ticket out of his wallet, only to find that it was missing.

He recalled bumping into someone at the betting shop after placing the ticket in his wallet, and supposed that that was when he may have lost it.

Made police report, but couldn’t claim prize without ticket

Mr Zhong had written his IC number on the front and back of his ticket, following a friend’s suggestion.

He duly contacted the betting store and also made a police report.

Unfortunately, until he finds his ticket, there’s no way he can collect the prize money.

Winning and then losing is sadder than not winning at all

Mr Zhong was undeniably very lucky, as he’d placed a relatively small bet on a whim and landed the 1st prize.

Unfortunately, that luck did not extend to being able to collect said prize. Now he’s left only with what could have been.

We definitely feel pretty sorry for Mr Zhong. If there’s a lesson for the rest of us, it’s to keep your belongings safely, because you never know what you’ll miss.