Must Share News – Independent News For Singaporeans
Home People Community S’porean Social Worker Tells Us How To Respond To The Needy Other... 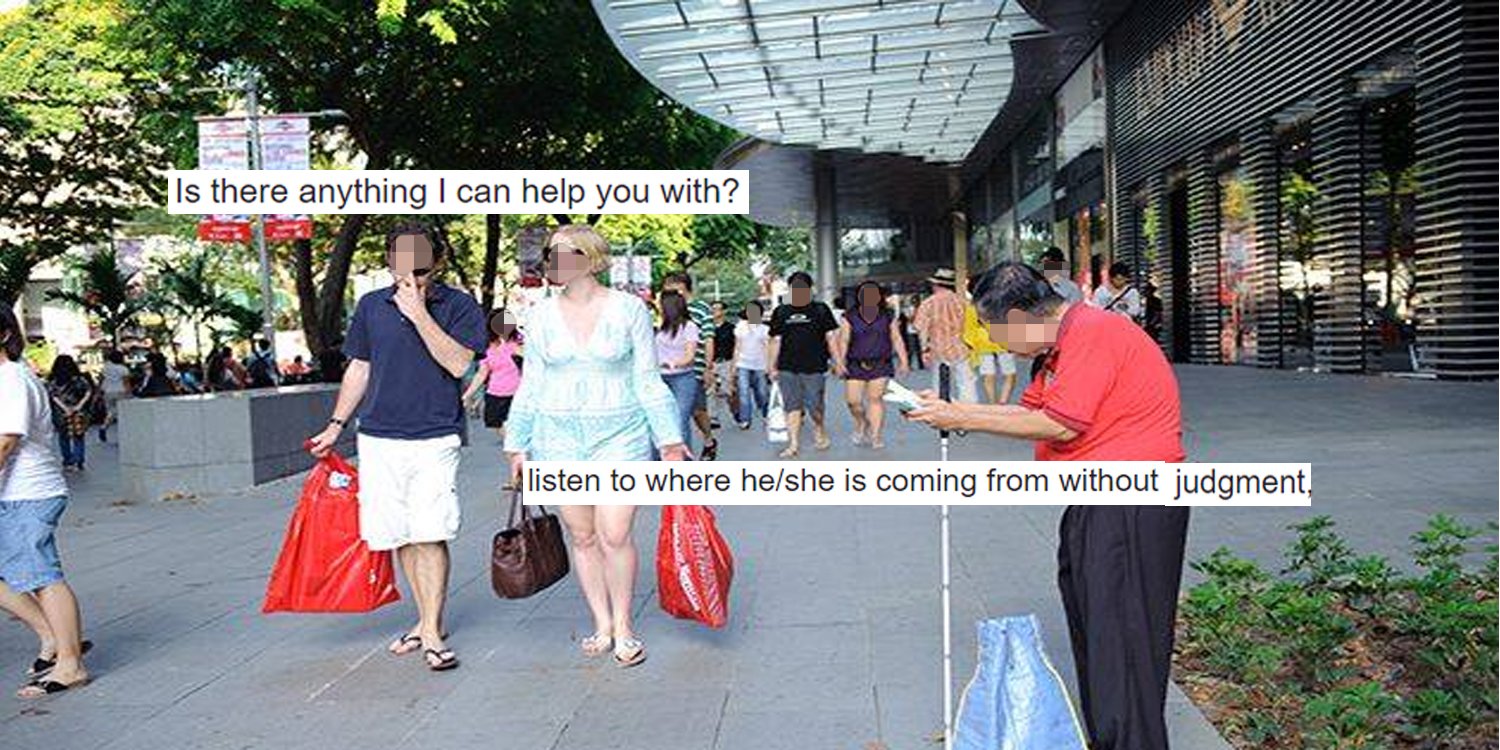 Perhaps it’s happened to you before — someone, usually an elderly, coming up to you and asking for money to buy food or take a bus home.

If the person is asking for a small amount, some might readily hand the money over. But some – and we don’t mean this disdainfully at all – will be more hesitant, perhaps suspecting that the person asking for money is a bum or a con.

A worker from the Social Service Office (SSO) Ms Stephanie Siow recently wrote a post on Facebook, explaining, from her experience, what might be the best responses to people who ask for money.

They don’t ask for money unless “they really need it”

Ms Siow has been working in an SSO for the past 3 weeks. While on the job, she has met extremely poor Singaporeans.

And 1 thing she learnt is that these people don’t usually go on to streets asking for money unless “they really need it”.

Based on the training she received, she then recommended – instead of just handing the money over or treating them with suspicion – talking to them. Ask them how they are and if they need any help.

Some guiding questions she uses include:

But at the same time, you have to be careful to respect their privacy. If they are uncomfortable answering or talking about the questions, then you shouldn’t prod.

With their permission, you can also refer them to social support services like ComCare or Lion Befrienders.

Ms Siow also shared a personal encounter with an elderly person in the past weekend.

He had come up to her at Mountbatten MRT station to ask for money. It transpired that he had been taken off his welfare assistance and so had no money to even take the train.

Eventually, she figured out that he had to call his SSO to make an appointment to renew his financial assistance.

Treat them as equals

We’re all very busy people. But just taking 5 minutes of your time to ask such a person some questions and showing him or her some concern will make a world of difference to them.

Most importantly, as Ms Siow reiterates in her post, we have to meet these people with respect and kindness — treat them with equals rather than talk down to them.

Like she said, they will only ask for money if they really need it. So lend them a hand or even direct them to people who can help i.e. social workers.

Will that not make the world so much better a place? 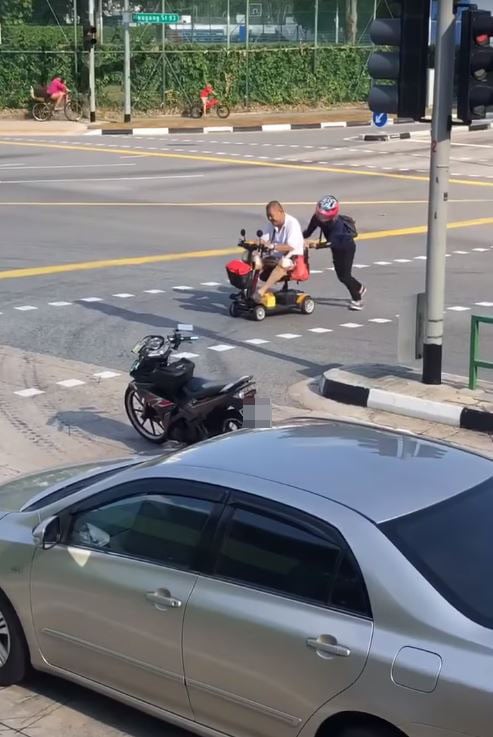 How have you helped the needy before? Let us know in the comments below.