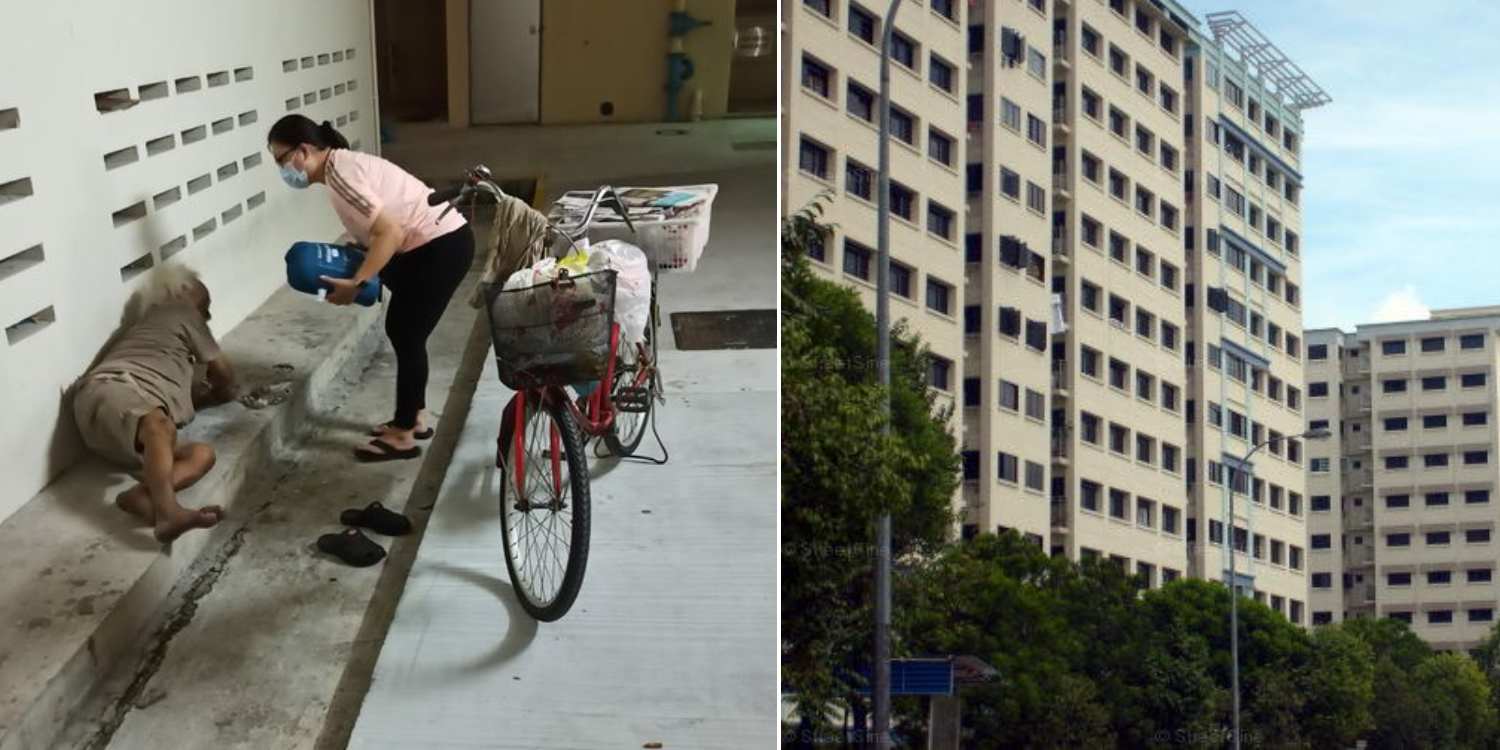 This way, the homeless gets a place to stay too.

One of the concerns singles in Singapore have is the inability to buy or rent a house on their own whenever they wish to — even if they have the financial means.

They are only permitted by law to apply for a house after they turn 35 under the Joint Singles Scheme. 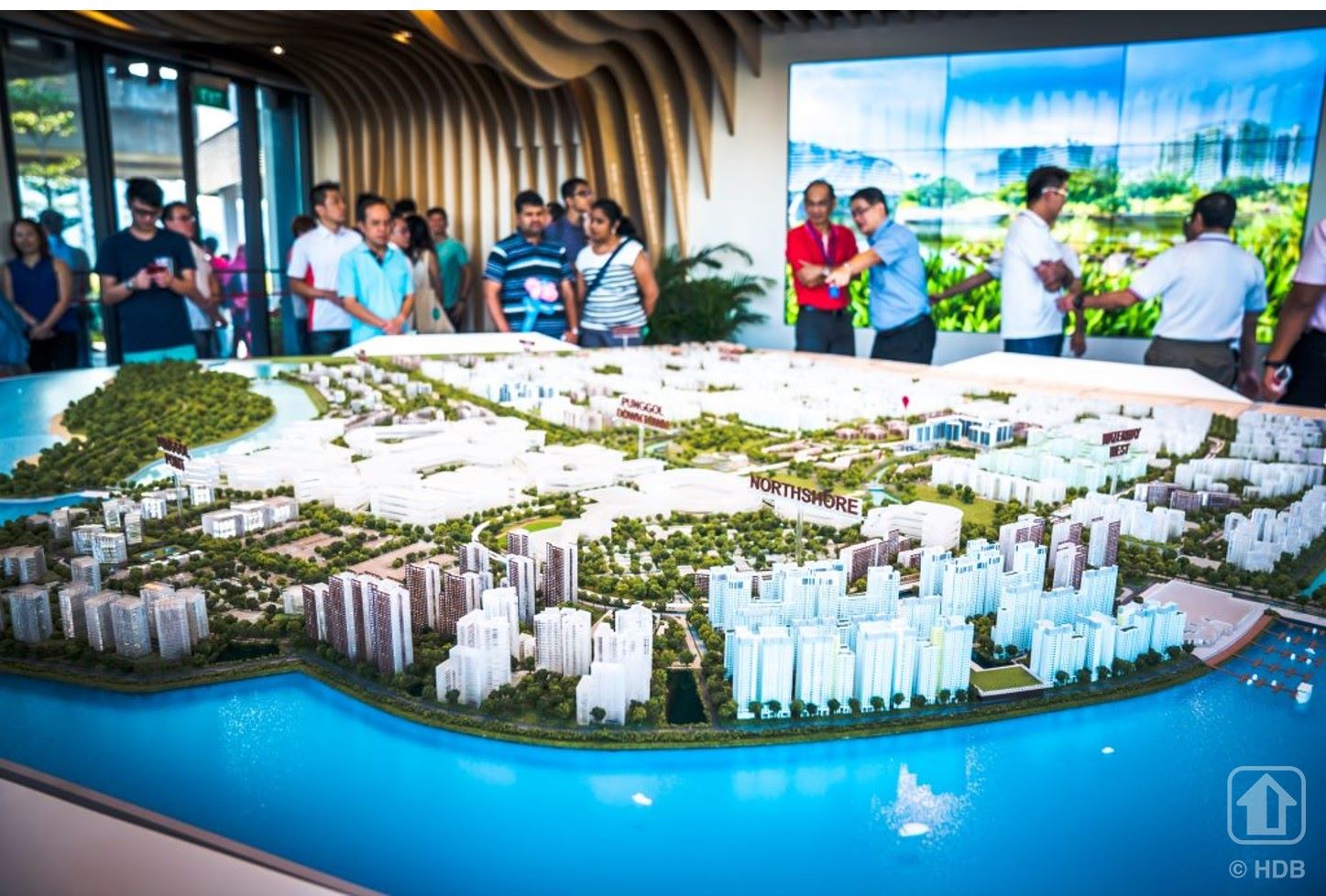 But there is another clause to take note of. To qualify for this scheme, at least 2 and a maximum of 4 singles must apply for a Housing Development Board (HDB) resale flat. 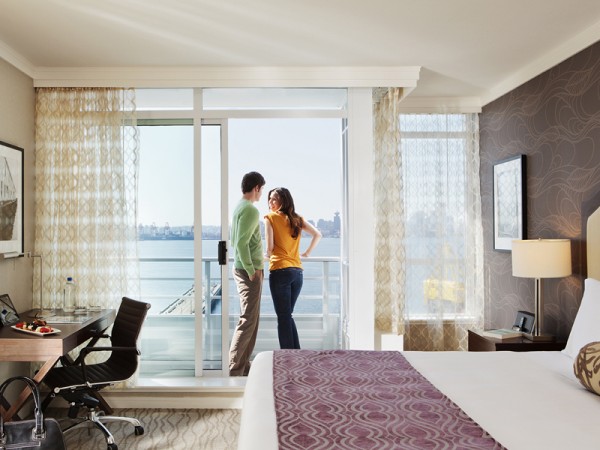 For a 59-year-old single man in Woodlands who wants to rent an HDB flat, these rules have put him in a quandary.

As a last resort, the man who goes by the name of Joe, has reached out in a Facebook post seeking singles who may wish to be co-applicants with him, even if the person is homeless. 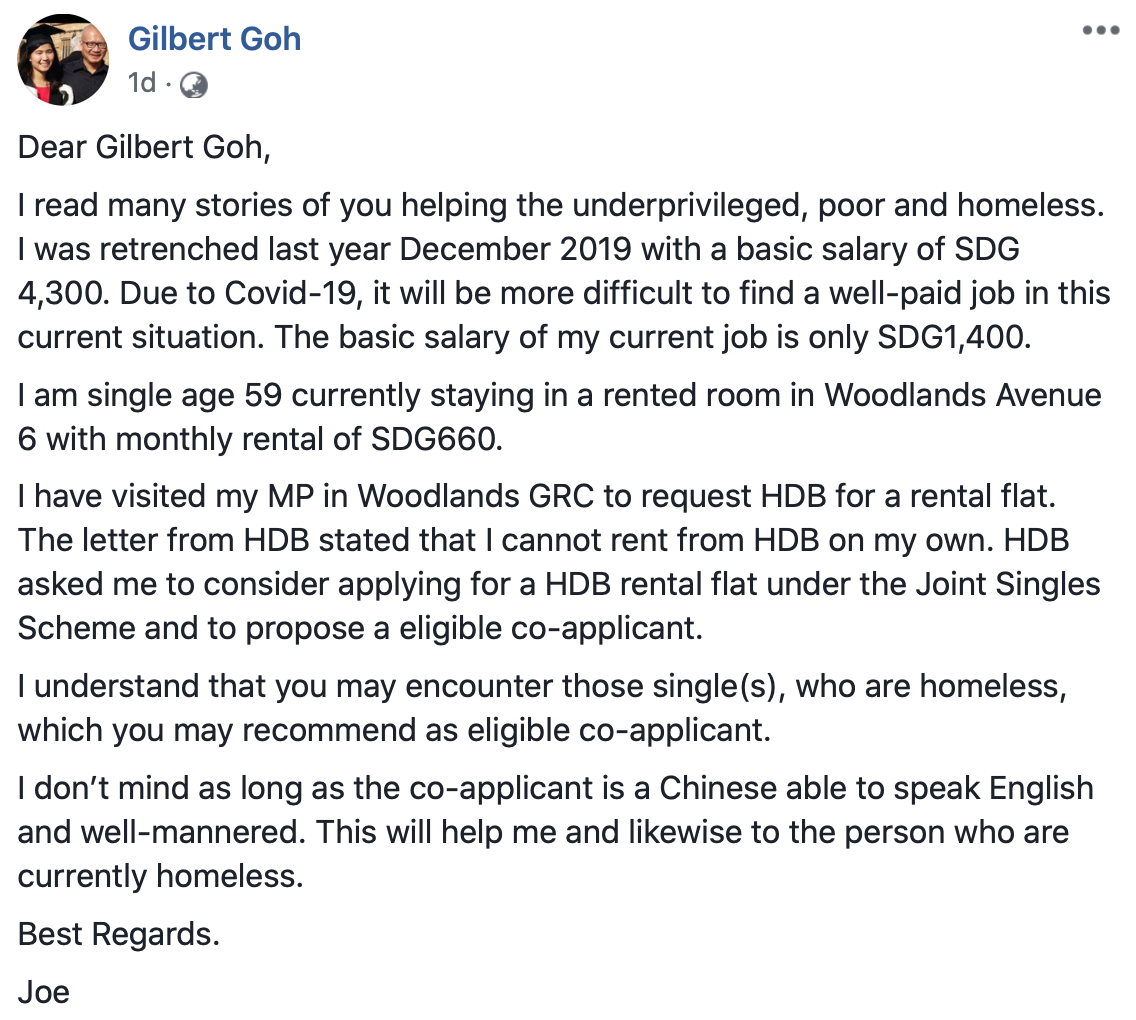 Rental room costs more than half of his take-home pay

On Monday (21 Sep), social activist Gilbert Goh posted a request for assistance from a member of the public, called Joe. 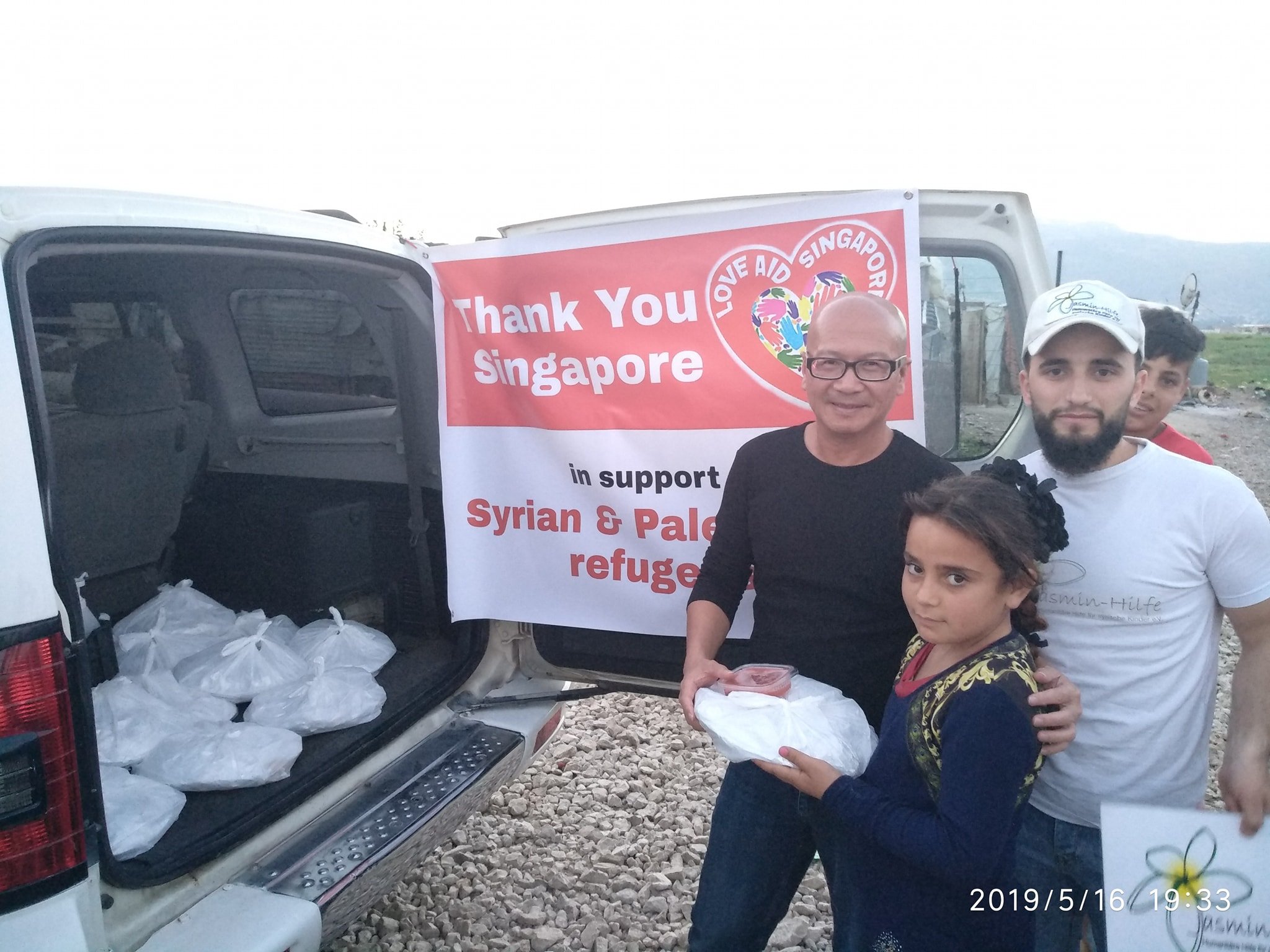 Joe shared that he was retrenched last December and has been having a hard time securing a job that matched his last-drawn salary due to the pandemic.

Currently, Joe lives in a rental room at Woodlands Avenue 6 that costs $660 a month. The price is more than half his take-home pay, which will amount to $1,120 after CPF deductions. 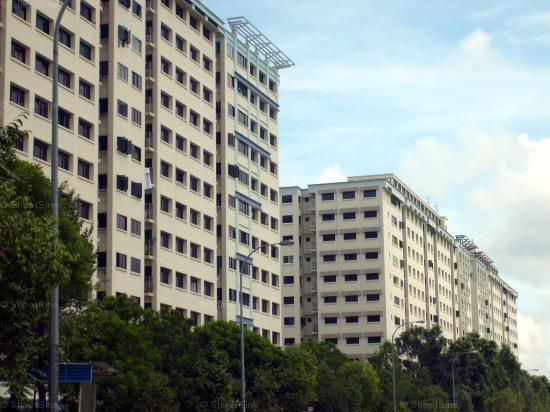 Seeking an alternative to the steep cost he is currently forking out for, he had gone for a meet-the-people session to request a HDB rental flat.

However, after the MP escalated the case to HDB, Joe received a letter stating that his request has been declined because he is single and does not have a co-applicant. 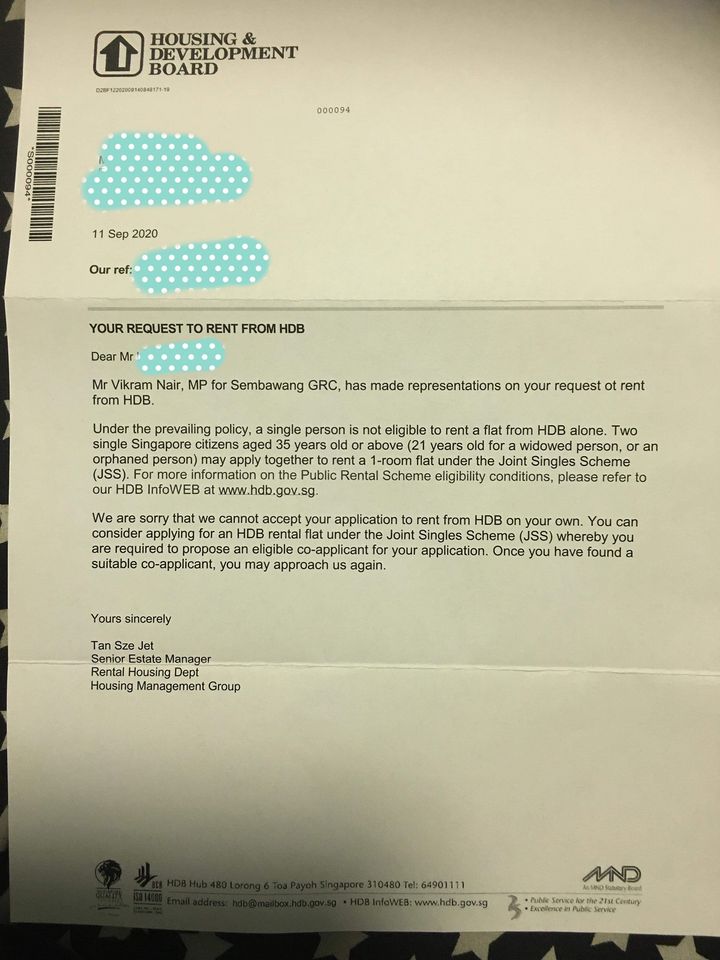 As Mr Goh regularly works with and helps the homeless, Joe has appealed to him to recommend an eligible single homeless person who could be a co-applicant with him.

He adds that he doesn’t mind anyone as long as the applicant is Chinese, speaks English and is well-mannered.

Joe feels this is a win-win situation as he will be able to rent a flat under the scheme, and the homeless person would have a roof over his head too. While job losses and pay cuts are the main issues caused by the crisis, struggles still exist in all shapes and forms for Singaporeans.

Situations like this – a man who is almost 60 not being able to rent a flat – and homelessness, remain rife in our community.

Those who are able to help Joe, do reach out to Mr Goh so that his predicament can be solved.

If we come across someone who needs some assistance, no matter how small, let’s take time to ‘do something good for Singapore’.