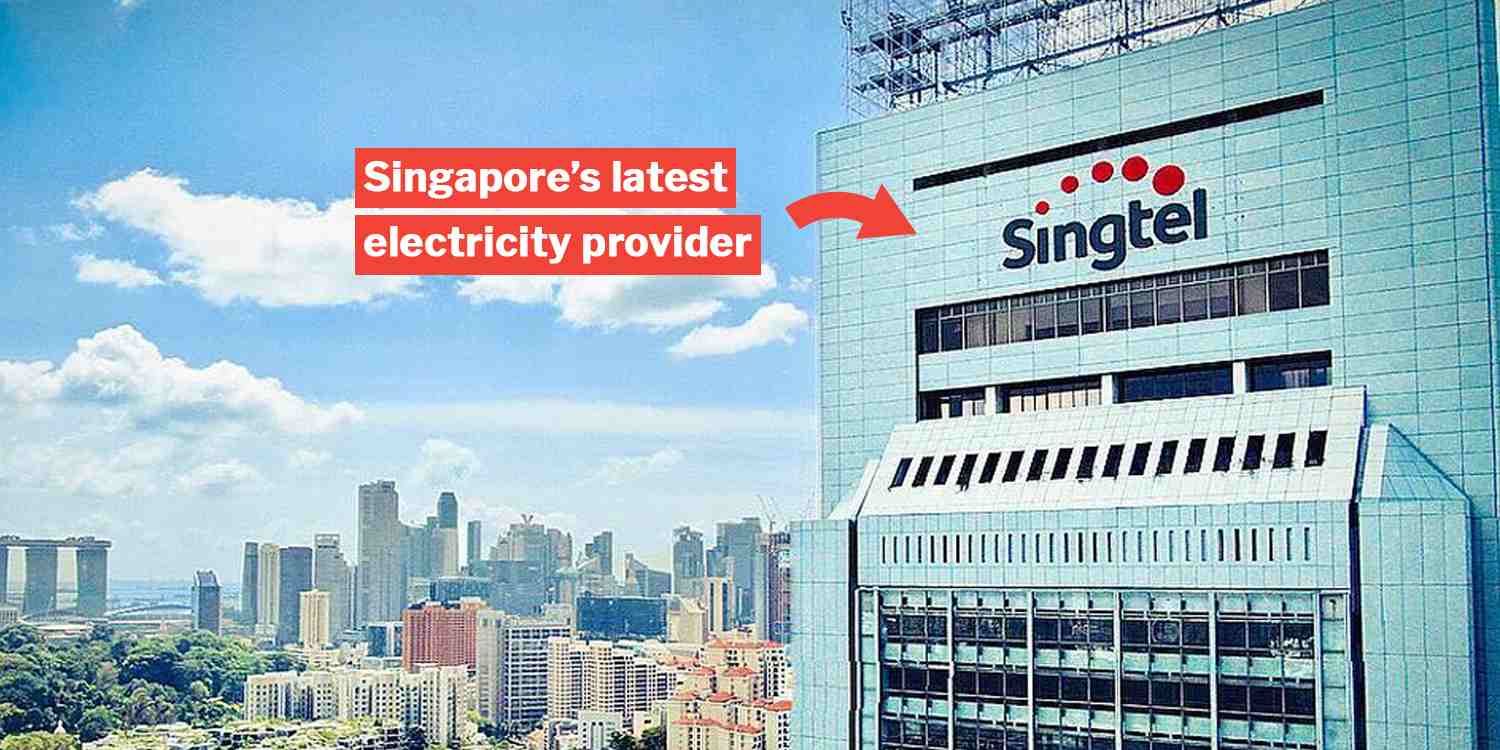 Singtel Power Will Partner Up With Geneco To Provide Electricity Service

Singaporean households will soon be able enjoy savings of up to 30% off their electricity bills.

That’s if they make the switch – pun intended – to the newest electricity provider in town, Singtel.

The Singapore telco will be partnering up with YTL PowerSeraya’s retail brand Geneco for their newest venture.

Under this partnership, Singtel will be reselling power from Geneco via its subsidiary, Singtel Power.

The two companies hope to leverage on Singtel’s large customer base, as well as Geneco’s experience as a brand under YTL PowerSeraya — the second largest power company here.

Through this partnership, Singtel hopes to provide greater “value, choice and flexibility” to Singaporean households.

In their joint statement, Singtel and Geneco promise households making the switch will enjoy a “seamless transition”. So there’s absolutely no need to worry about blackouts and shortages.

Customers will also enjoy savings of up to 30% off their existing electricity bills, according to the joint statement.

Through this partnership, Singtel Power hopes to provide greater “value, choice and flexibility” to families in Singapore.

Users under Singtel Power will also enjoy generous discounts on their fibre broadband subscriptions, as well as their mobile phone purchases.

Here are the electricity plans offered by Singtel Power. 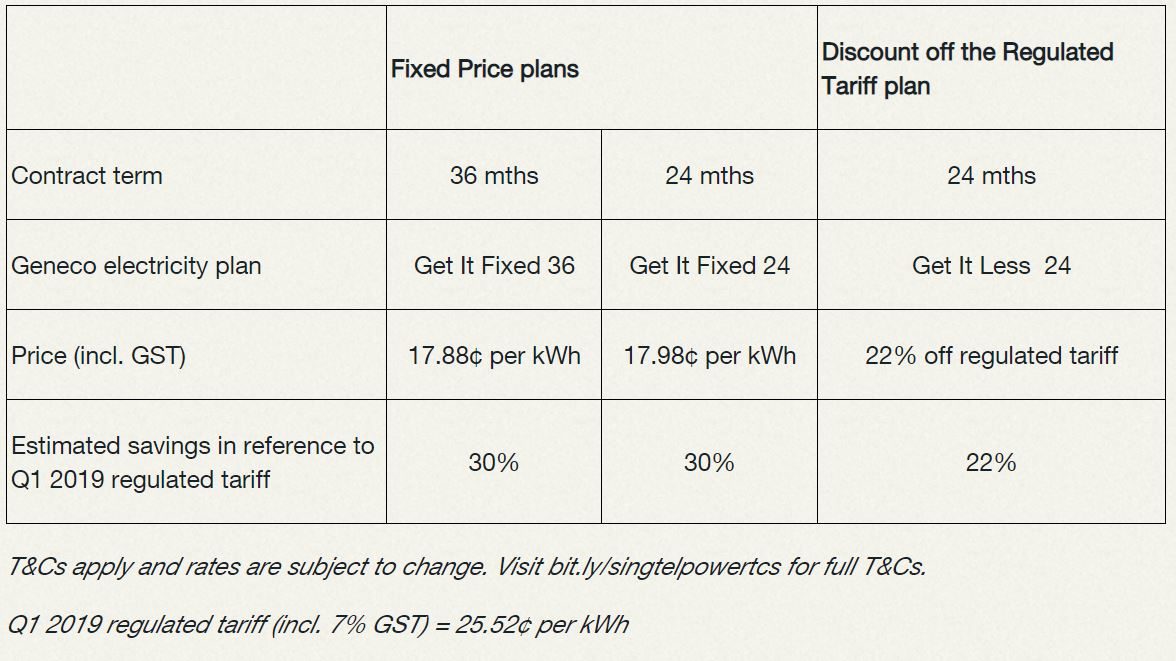 Other telcos have done it too

Singtel isn’t the only telco to have ventured into the energy market.

Last October, M1 announced its joint venture with Keppel Electric, just one day before the initial launch of the Open Electricity Market (OEM)

Things didn’t work out well as StarHub pulled the plug on the partnership just 6 months later.

On 21 Sep 2018, the Energy Market Authority (EMA) announced the OEM programme that allowed Singapore households to choose their electricity supplier, or stay with their existing power company then –SP Group.

The initiative was rolled out progressively in 4 stages — the earliest being in November last year. The programme is expected to reach nationwide status by May this year. 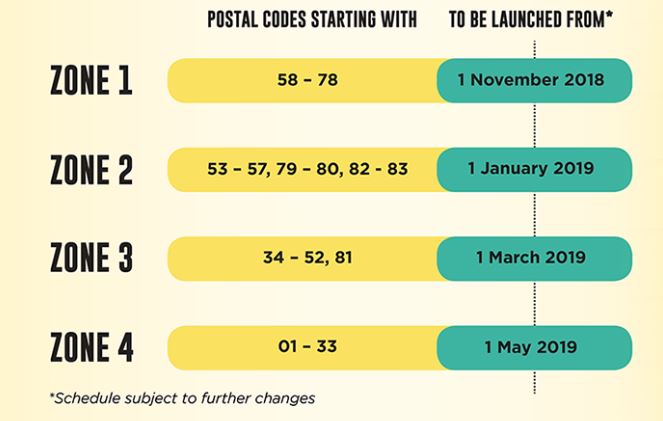 EMA hopes that the move will lead to more “competitive pricing and innovative offers” across the electricity market, which will hopefully translate to costs savings for Singapore households.

Will you be making the switch?

Singaporeans have over the years come to know of Singtel as a reputable telco brand with infrequent hiccups.

However, do consider the fact that Singtel’s subsidiary will merely be reselling these electricity plans and will have no major part in the energy production process.

With that in mind, will you still be open to making the switch over to Singtel Power?