A SportSG spokesperson said that safe sport policies and measures continue to be improved in Singapore.

He added that efforts are taken to ensure everyone within the training process – athletes, coaches, and officials – understand the importance of practicing safe sports and are made aware of the due reporting process for athletes.

We often only see our athletes when they stand on the world’s biggest sporting stages. But what we don’t see is the gruelling effort required to get them there.

What is even more elusive to the public eye is the training process.

Ms Yu Shuran is a 2-time national champion and 2017 SEA Games figure skater who represented Singapore but trained in China. 2 years after leaving the sport, she spoke out on Instagram to lift the veil of invisibility and shed light on how brutal the training process could be — in the hopes of raising awareness to better conditions for future athletes just like her.

You can read her full account posted on Wednesday (22 Jul) here .

We outline her story below. Viewers’ discretion is advised as the content is heavy, with trigger warnings for eating disorders & alleged abuse.

Ms Yu Shuran’s sporting career started off at the tender age of 9, when she agreed to “do whatever it takes” to get to the Olympics. An innocuous agreement by a 9-year-old, she could not have known what was ahead of her.

The alleged physical abuse soon started. Shuran recounts her coach hitting her with a figure skate guard until her skin was raw.

In a disturbing outline of her training regimes, she recalls getting kicked so hard she would lose her balance.

Oftentimes, he would allegedly make her stand very close to him before kicking her in the shin using the toe-pick of his blade.

Ms Yu shared that she would sometimes bleed but still push herself to continue training. At times, she was scared to limp in fear of angering him further.

Once, before the final 2018 Olympics qualification event in Sep 2017, Shuran shared that she was so stressed she had a “breakdown” in the locker room.

Her coach allegedly got annoyed that she couldn’t stop crying. In a fit of anger, she describes that he “kicked” her foot.

When Shuran made contact with the ice 15 minutes later, she claimed she could no longer jump with that foot.

To round out the incident, she explained that her coach later “gaslit” her after she failed to perform in the event.

While the physical abuse stopped as she grew older, the verbal abuse was consistent in Ms Yu’s recollections,

He called us names every day. Lazy. Stupid. Ret*rded. Useless. And fat.

She opined that lines blur between body and food-shaming versus maintaining a svelte figure as an athlete when the sport requires you to actually defy gravity. 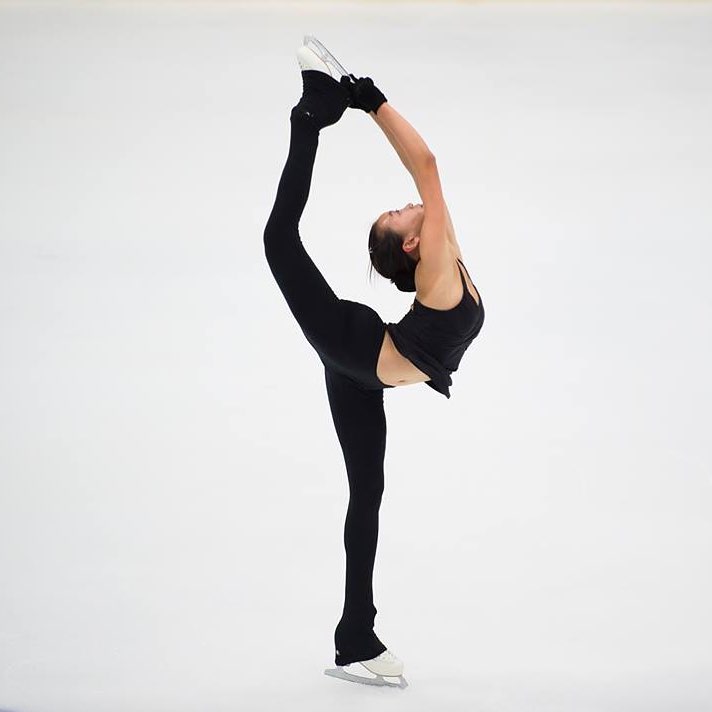 Extra weight, can make all the difference in performance. That’s why body image was such a pertinent issue in a sport like figure-skating, says Ms Yu.

Shuran also recalls always being told she was fat, to lose weight and criticised for eating.

She even found herself wishing she was anorexic because then it would mean she was trying hard.

Inspired to speak out 2 years later

Shuran talks about how she “wasn’t always a passive receiver”. She had tried to stop the abuse but it was so normalised in the sport.

Ms Yu shared that she eventually internalised that abuse was part and parcel of being a professional athlete in China.

Only after retiring from the sport, could Shuran make sense of her experiences, acknowledging it as abuse.

Ultimately, Ms Yu was inspired by the women that spoke out against the problems within gymnastics culture. She believes that this toxicity plagues aesthetic sports.

Shuran felt the need to share her story so younger athletes wouldn’t have to go through what she did.

By starting this difficult conversation, she hopes it will eventually lead to change.

Athletes are often viewed through rose-tinted lenses of glory and respect. We sometimes forget to acknowledge the vulnerability they endure in the training process.

But the advent of social media has empowered athletes to speak out about pressing problems within sports.

There is great value in these athlete’s voices, for themselves, the sport and future athletes.

We hope brave individuals like Shuran continue to spark the important conversations needed to create safer, more conducive environments where athletes can thrive in.