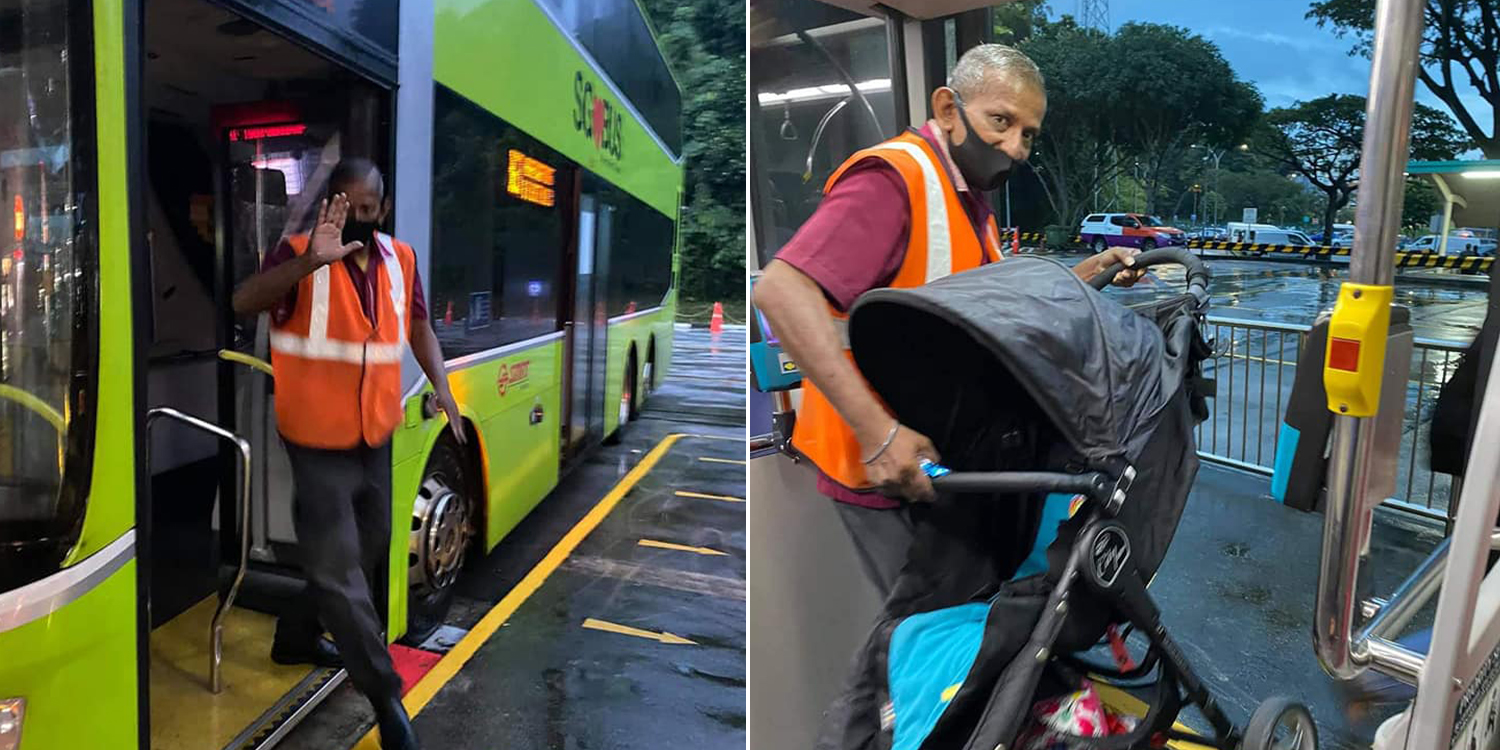 Through the pandemic & economic downturn, bus captains have continued their work, often picking up far fewer passengers as more people work from home.

But there are also many stories which have touched Singaporeans, and they show that goodness prevails even during tough times.

An SMRT driver, Mr Segar, shielded passengers using his own umbrella and insisted on doing so even though the family had their own umbrellas. The post by a Ms Sunshine Voon gave kudos to Mr Segar, who even helped to bring their baby stroller up and down the bus and attended to her children. 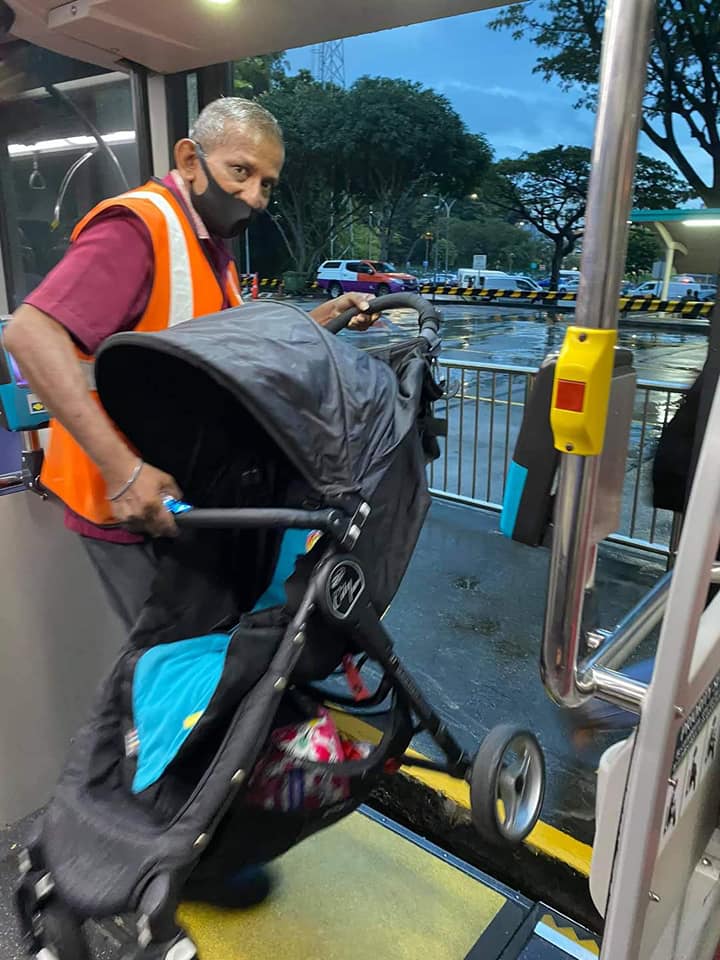 These displays of going above and beyond hugely impressed the family.

SMRT driver goes above and beyond in service for passengers

Ms Voon’s family was out on a rainy day, heading from Bukit Batok to HarbourFront with 2 kids and a stroller.

These would be difficult circumstances for a family to navigate, but Mr Segar, the driver of bus 963, made their lives far easier.

He used his umbrella to escort the passengers up the bus, and even though the family had their own umbrellas, he insisted on helping.

The rain was still pouring when the bus arrived at HarbourFront Bus Interchange, and Mr Segar, of course, escorted them off the bus as well.

He even brought the stroller down for the family. Even the kids received some service, as Mr Segar gave them some chocolates. 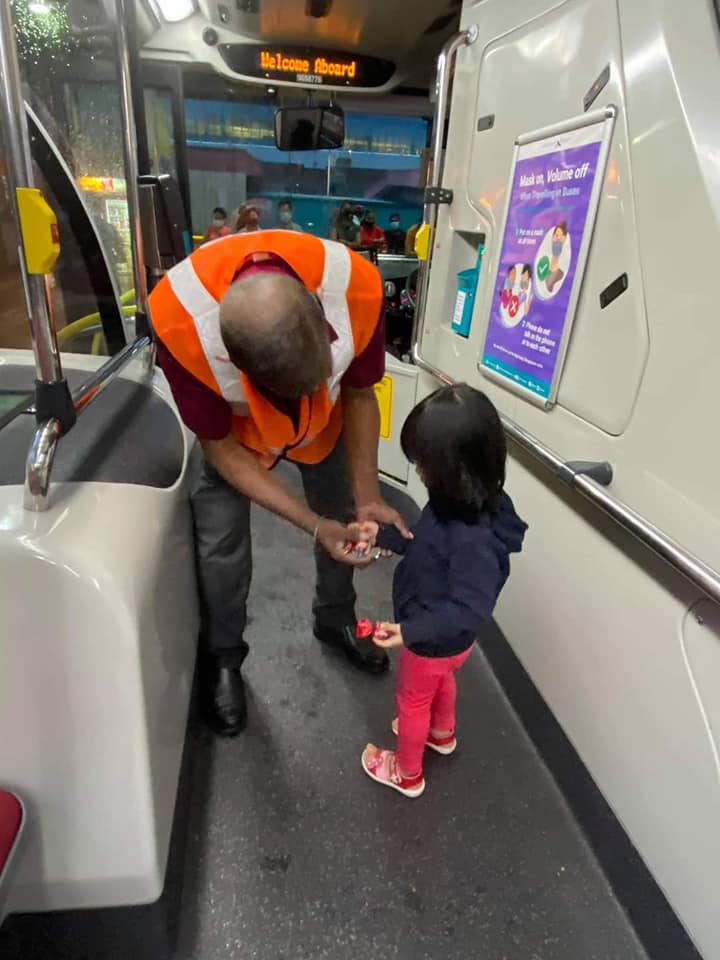 Ms Voon shared that this was the first time they met such a kind driver in the heavy rain.

She’s probably rather lucky, since most of us haven’t even encountered someone like Mr Segar. 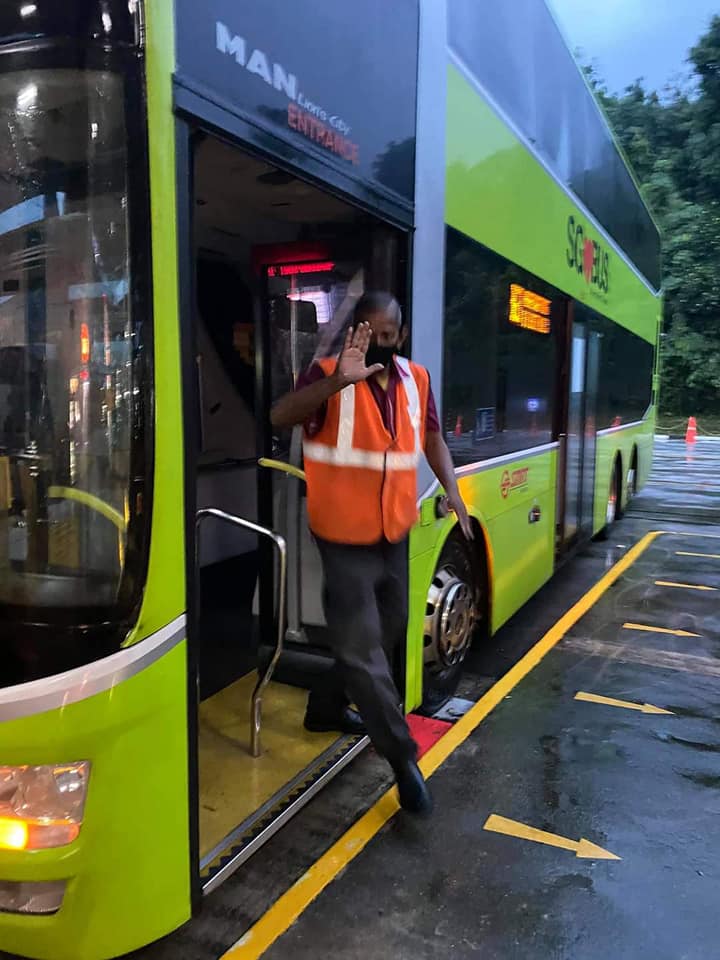 Lucky to meet such a bus captain

A bus captain’s main job is to ferry passengers. However, this doesn’t mean that they can’t put a smile on their passengers’ faces by going above and beyond.

And Mr Segar has certainly done this by helping out this family and even taking care of the kids.

He’s definitely warmed many hearts during this chilly weather, and we salute Mr Segar and other bus captains who go out of their way to ensure their passengers are taken care of.

SMRT is definitely lucky to have a bus captain like him.

If you spot Mr Segar on your bus ride, be sure to say hi.