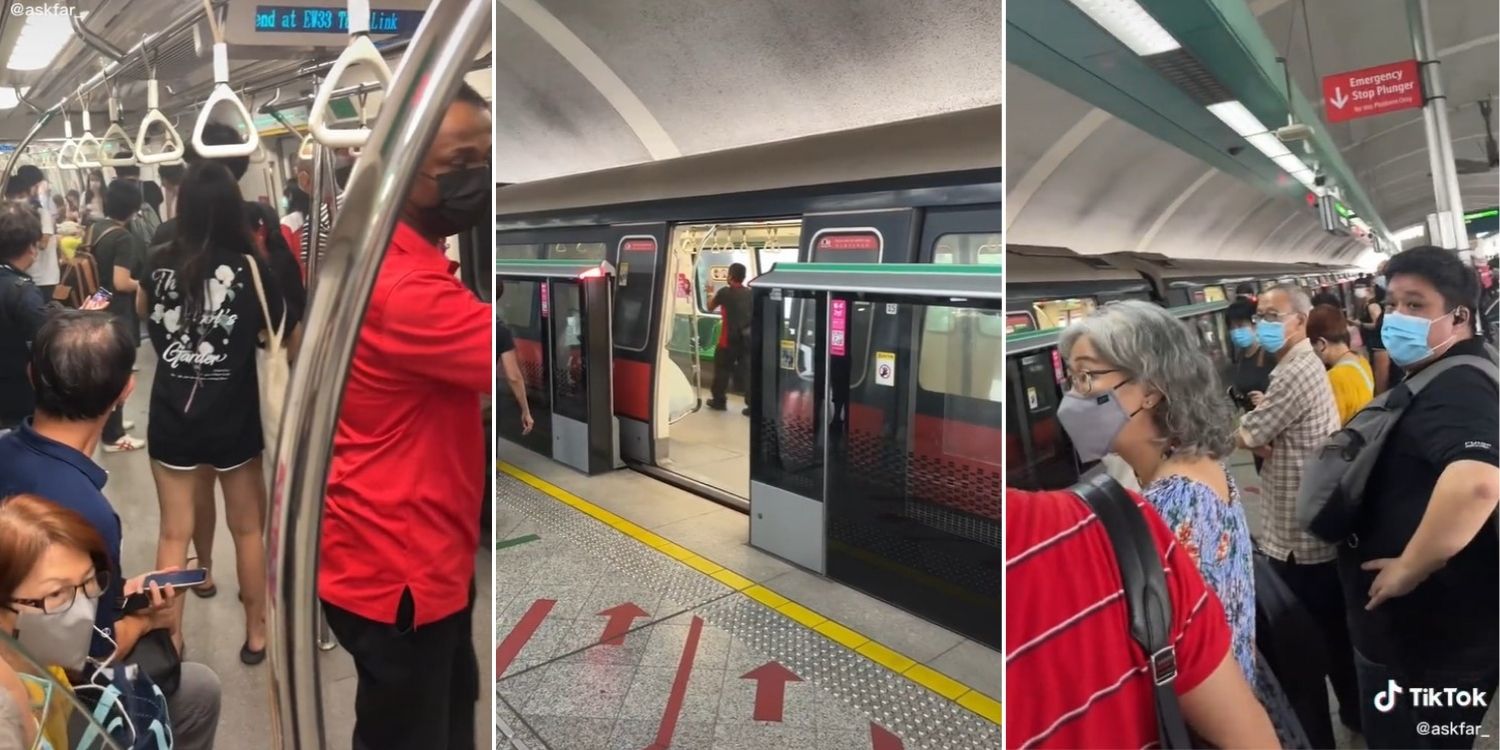 Almost a month since all of workers were allowed to return to the office, our train congestions are back again.

While Singaporeans were used to jostling with one another on the MRT pre-Covid, train disruptions are a far more unpleasant experience.

Unfortunately, the latest one involved a train being evacuated at Kembangan station due to white smoke being detected. The incident was caused by a leaking air-con compressor, SMRT said.

The train, which was heading towards Tuas Link, appeared to be fairly packed despite it being late afternoon on a weekday.

Some passengers then stood up and looked towards the adjoining cabin, where whitish smoke could be seen.

A woman there waved her hand in front of her face, indicating that she smelt something objectionable, and walked away from the smoke.

Some others also covered their noses despite already wearing masks. 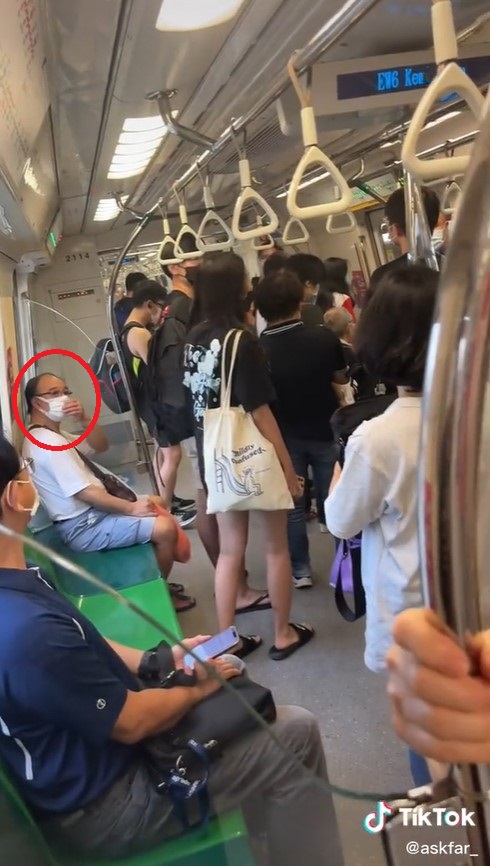 A netizen who commented on the video said he was in the train and saw smoke coming from the “front side”.

Staff then told passengers to evacuate, the witness said.

From the inside of the train, the video then cut to the Kembangam MRT station platform, where the train had stopped and the screen door lights were flashing.

An SMRT staff could be seen inside the train, clapping and shouting presumably at passengers who hadn’t gotten off yet. 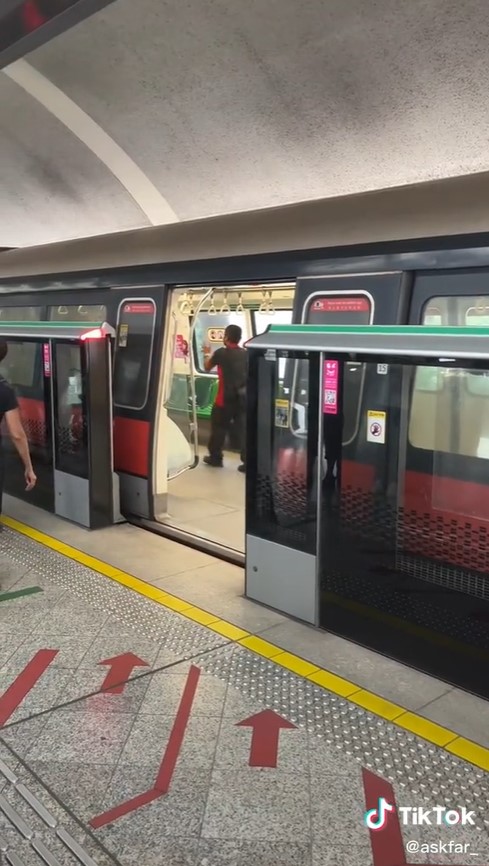 The platform was crowded with displaced and bewildered passengers. 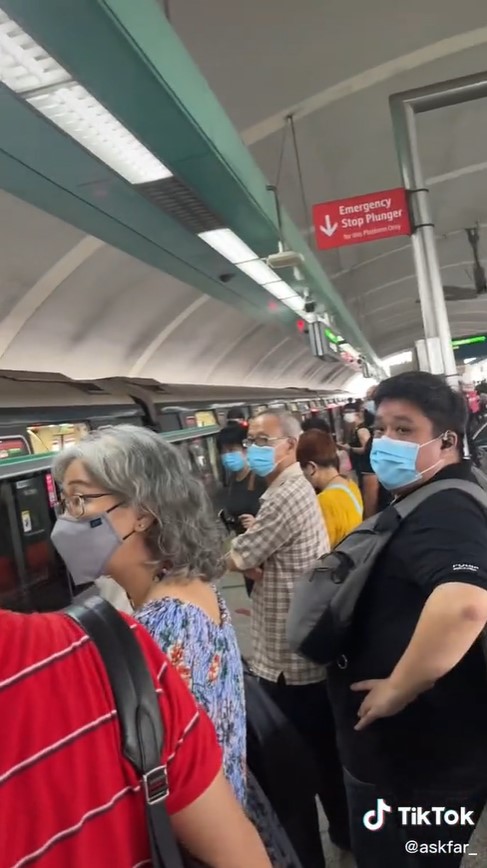 The beginning of an announcement could also be heard, but the video cut off after “Attention please…”.

Later, SMRT confirmed that there was a smoke emission on their train at about 5pm on Friday (20 May).

They told TODAY Online that it was caused by a leaking air-conditioning compressor, which released Freon gas.

Freons are colourless, odourless, nonflammable and noncorrosive gases or liquids of low toxicity used as refrigerants, according to Britannica.

Passengers evacuated as a precaution

SMRT said the passengers on the affected train were evacuated as a safety precaution.

Station staff directed them to get off, and board the next train.

The affected train was then withdrawn from service so that further checks could be done.

Unfortunately, the incident wasn’t the first one involving a leaking air-con compressor on the MRT.

In Jan 2020, a train that stopped at Raffles Place MRT station was similarly filled with with smoke.

The reason was a leaking air-con compressor that emitted Freon gas, and passengers complained of a pretty strong smell akin to fumigation fumes.

MRT smoke can be alarming

While nobody has been hurt in these incidents, white smoke appearing in the MRT can be alarming.

Disruptions related to this may also pose significant inconvenience to commuters.

Since such leaks have happened at least five times already, perhaps engineers will be able to find a solution by now.

Hopefully, SMRT can do something to prevent another incident from taking place again.

Featured images from @askfar_ on TikTok.