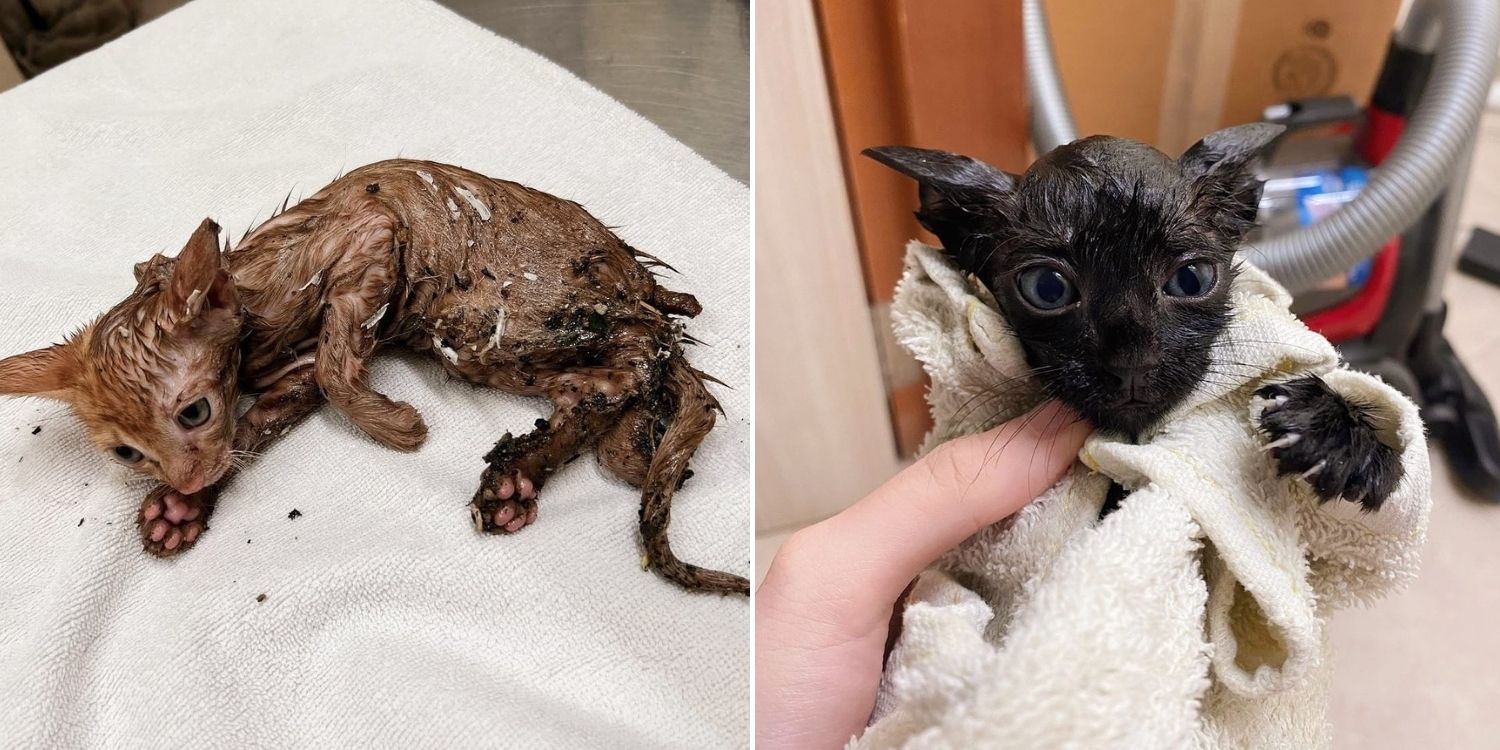 They've been receiving 3-4 cases of cats covered in glue every week.

The use of glue traps as a pest control method has long raised ethical questions regarding animals’ welfare. When animals are caught in these sticky situations, they may be seriously injured or even killed.

Recently, the Society for the Prevention of Cruelty to Animals (SPCA) Singapore reported that there have been many cases of cats becoming accidental victims of glue traps. 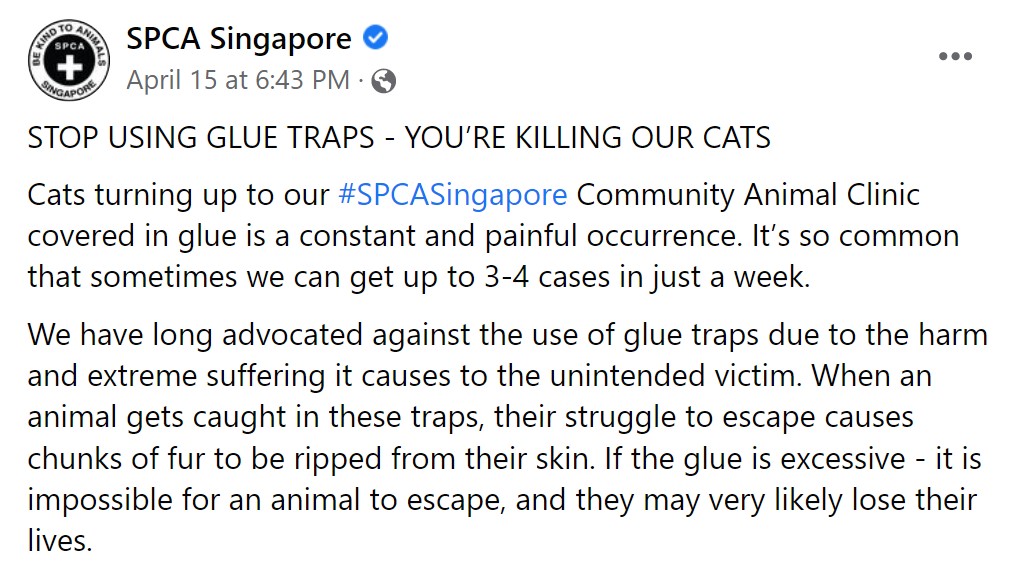 This is to prevent more cats from getting caught in glue traps, which could, unfortunately, cause them to lose their lives.

In a Facebook post on Friday (15 Apr), SPCA Singapore shared that many cats have been turning up at their Community Animal Clinic covered in glue. This is apparently becoming so common that they are getting up to three or four cases a week.

They added that removing the glue is a “painstaking process”, and unfortunately, some of the animals do not survive.

When animals get caught in glue traps and try to escape, their movements may cause their fur to be ripped from their skin.

SPCA also highlighted that if there is too much glue, the animals can’t escape, and they may even die. 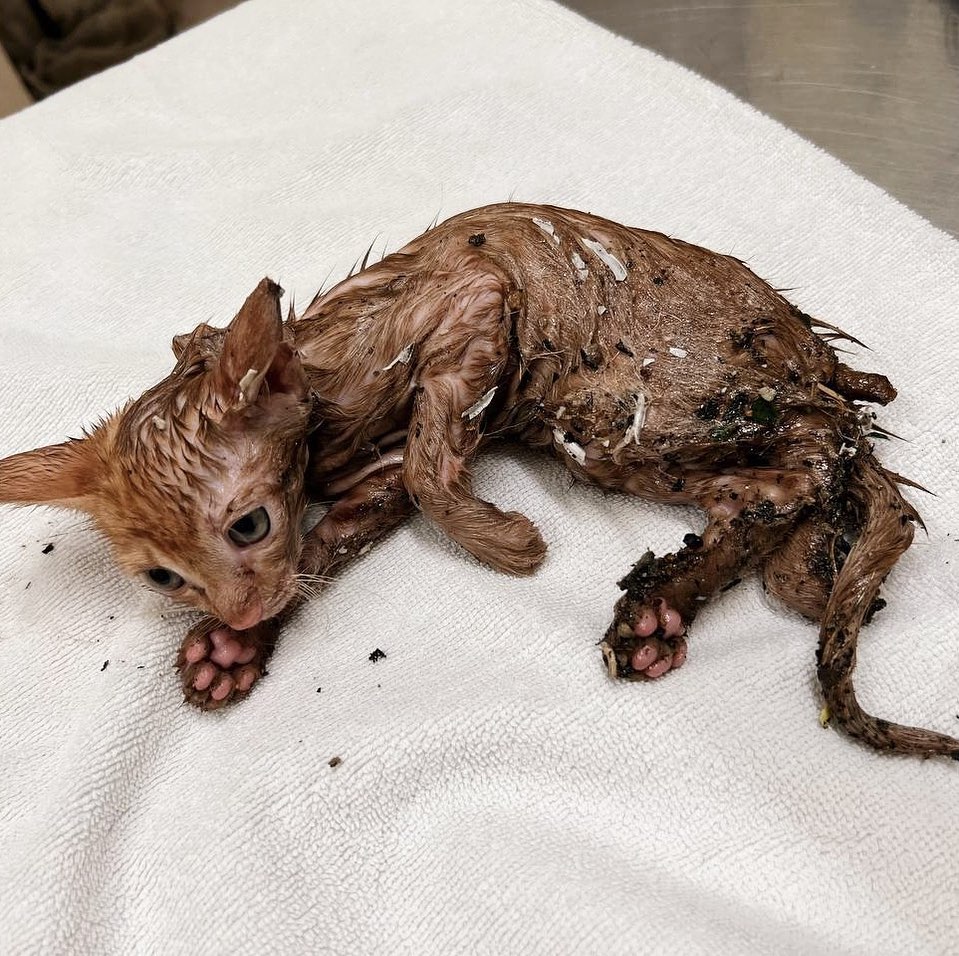 Getting caught in glue traps traumatic for animals

Getting stuck in a glue trap can be a very stressful and traumatic experience for animals.

A kitten was caught in a glue trap at Tampines Market just last month.

Luckily, residents spotted the terrified kitten and alerted SPCA. The kitten was eventually removed from the glue trap after seven hours.

Many other alternative pest control methods

It’s concerning how cases of cats getting caught in glue traps are so prevalent that the SPCA has to remind the public to stop using such inhumane pest control methods.

We hope that SPCA’s urgent reminder will convince everyone to refrain from using glue traps and consider alternative ways to deal with pests.

Featured image adapted from Society for the Prevention of Cruelty to Animals (SPCA) on Facebook.