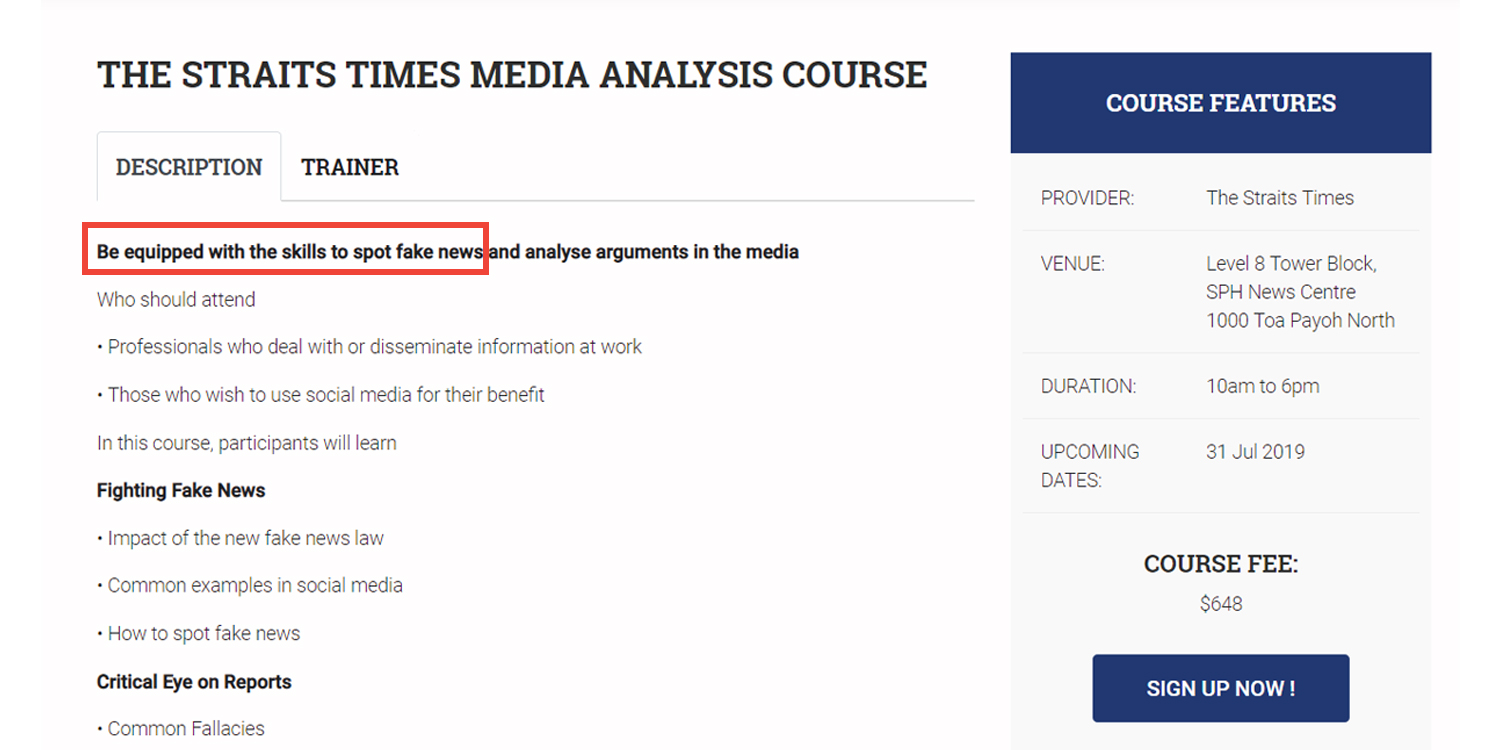 SPH Has A Media Course On Fake News

Everyone’s talking about a recession, and everyone’s saying, if you want to keep up with the market, you’ve got to pick up new skills.

With the proliferation of fake news, there seems no better skill to pick up than being able to spot – with uncanny accuracy – fake news.

Like a winning TOTO ticket falling from the sky into your hands, Singapore Press Holdings is offering a course on exactly that — how to spot fake news.

The course is titled, “The Straits Times Media Analysis Course“. 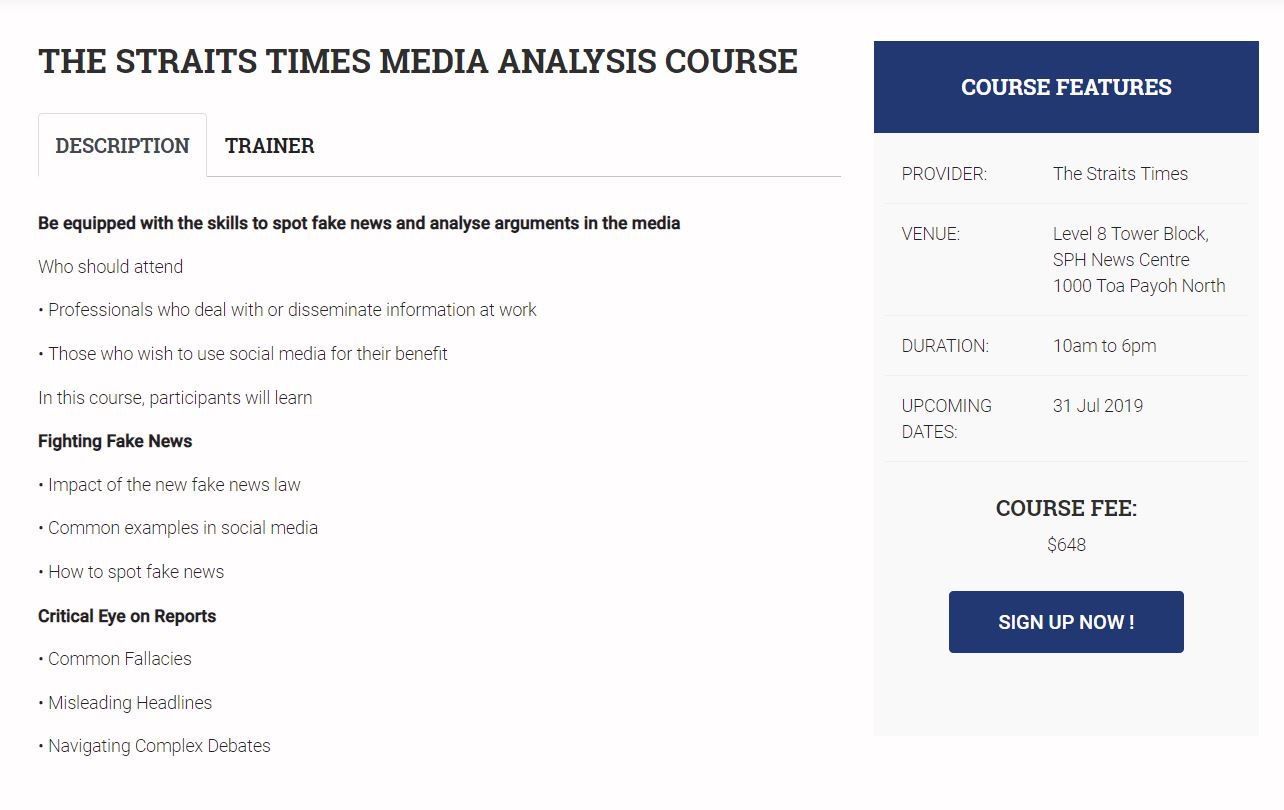 They should probably pay us for this promotion
Source

The full-day affair is priced at $648 — an inexpensive amount for the satisfaction you’ll eventually derive from eradicating the forces of fake news.

You won’t be able to tell a valid GrabFood coupon from an invalid one, but you will be able to tell if a video of an auntie bombarding a butcher shop with raw meat did actually take place in Singapore.

Through the course, you will be equipped with skills that will let you identify “common fallacies” and “misleading headlines”, like “Singaporeans Not Ready For Short Prime Minister“. Basically, every fibre of fake news out there start becoming more evident to you than the Sun in a plain sky.

So go ahead, tell your boss that that video of roaming crocodiles at MacRitchie is false. He’ll be more than grateful and probably give you a raise, because you just saved his weekend trekking plans.

No surprise, the course will be led by veterans of the media industry.

They are Ms Shefali Rekhi, a senior journalist at the The Straits Times and Mr Geoffrey Pereira, a long-time media professional at the same company.

The course seems to only run once on 31 Jul 2019. And then that’s it, you’re never going to get another chance to master the lucrative art of anti-fake-news-ing.

Disclaimer: This is not a paid advertisement. Seriously, it isn’t. But we’re not saying spotting fake news isn’t an important skill. It is, especially in this age of headline-reading.

S’pore Residents Can Change Address Online From 1 Oct, No Need To Bring Docs To ICA