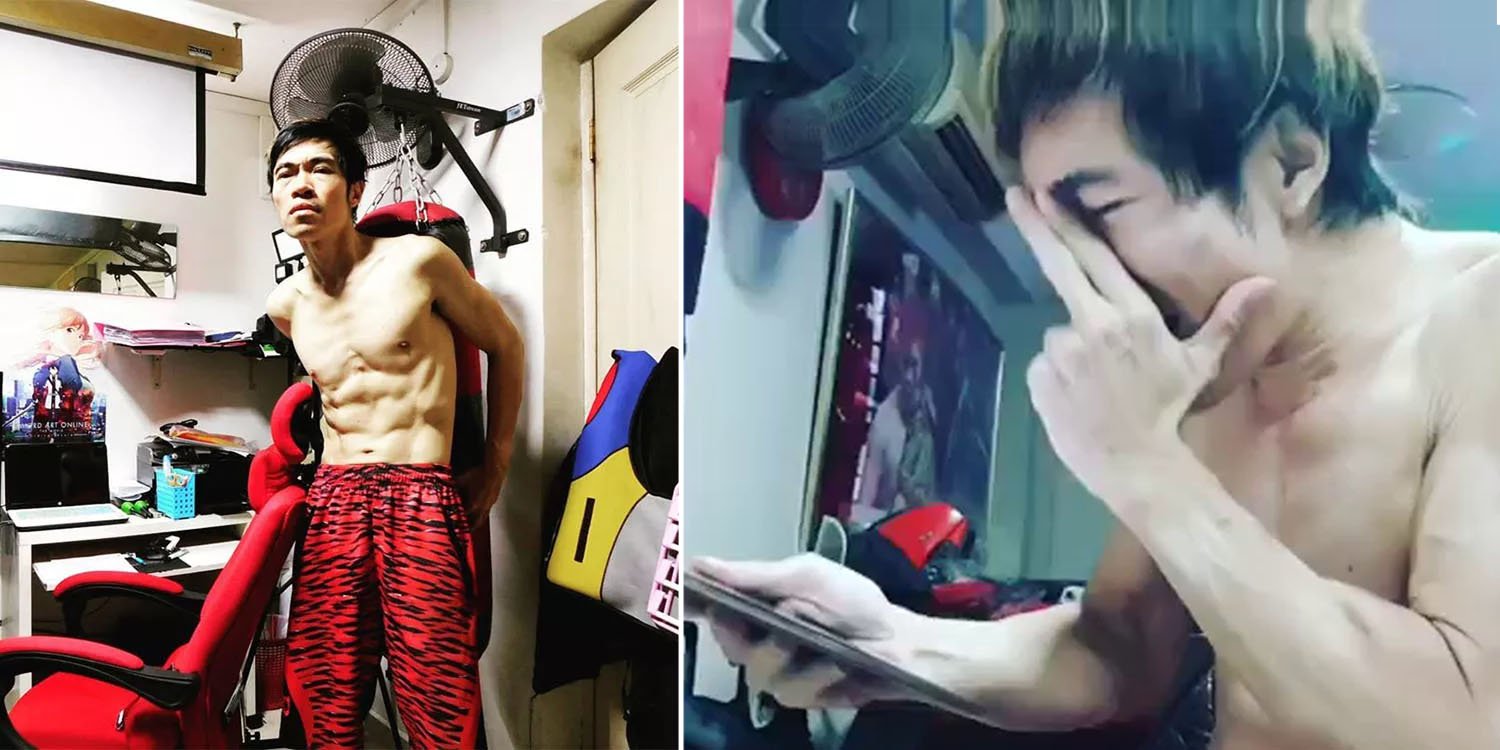 Since his ascent to fame in 2004’s Singapore Idol, Steven Lim has barely left the consciousness of Singaporeans through the years.

Just 7 months after he began offering to sing birthday songs for $100 each, the 44-year-old revealed on Instagram that he’s earned $78,000 so far. 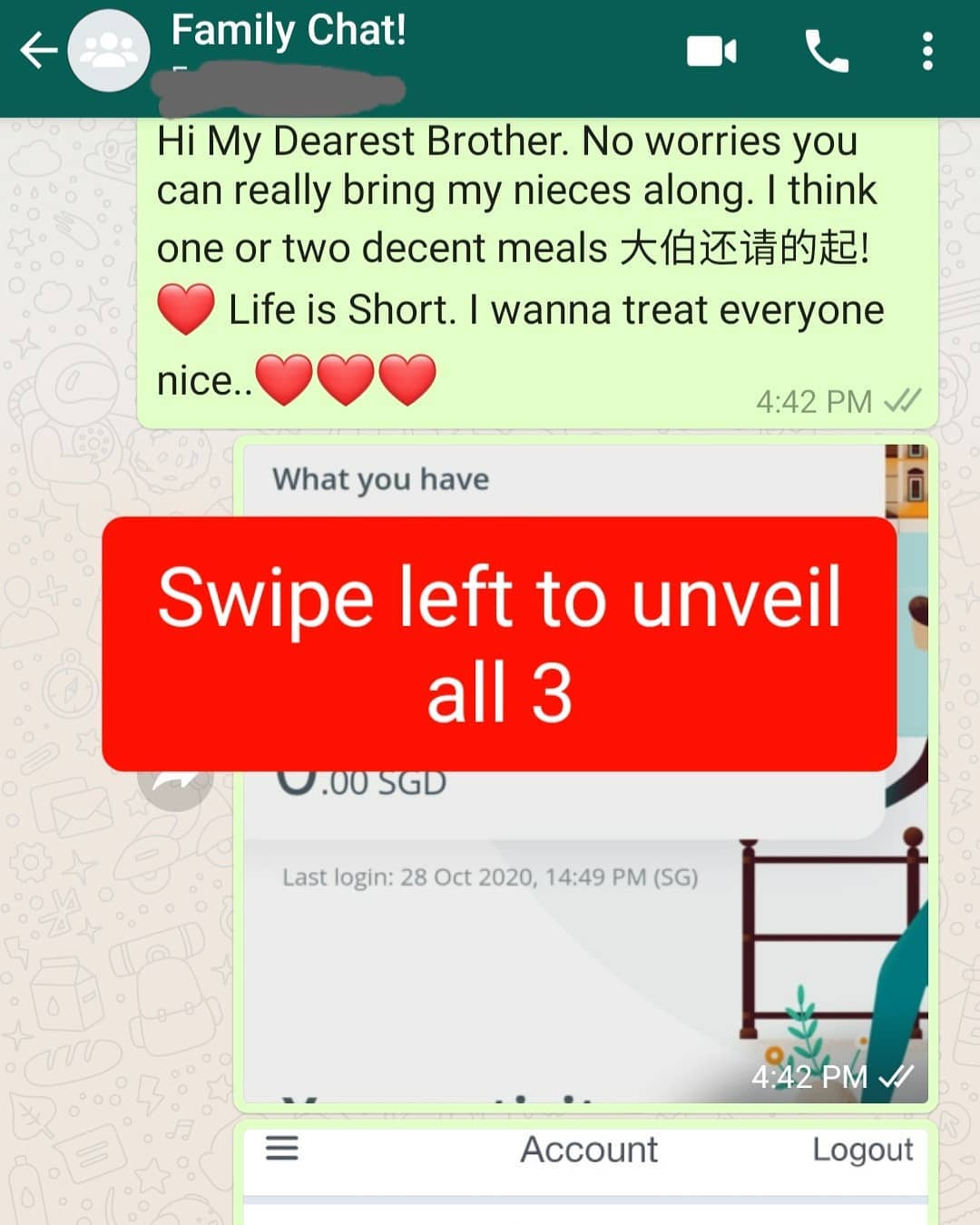 While it’s sometimes not easy to tell if Steven Lim kor kor‘s posts are serious, the screenshots don’t appear to lie. 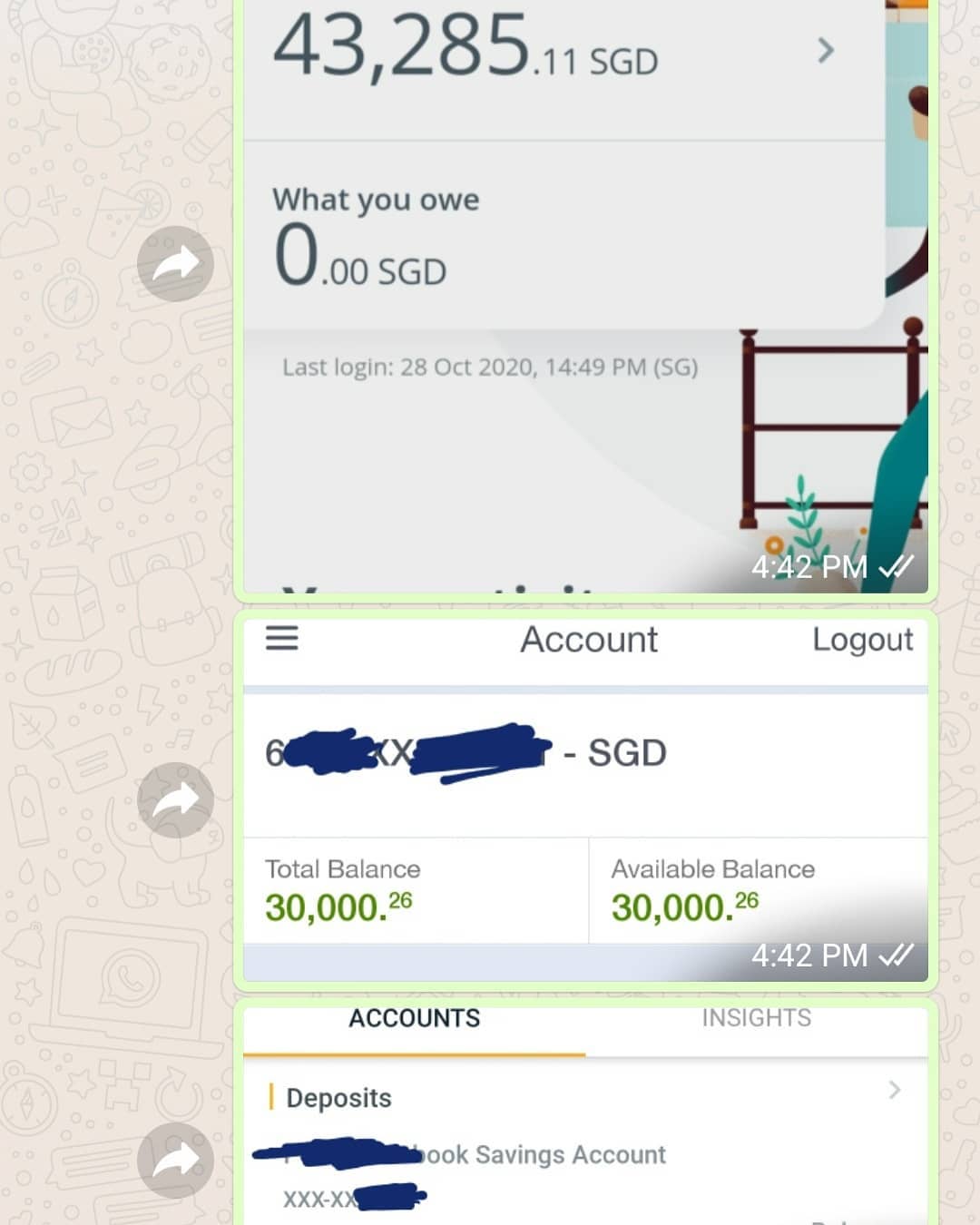 The account shown in the last screenshot seems to contain $5,320.23. 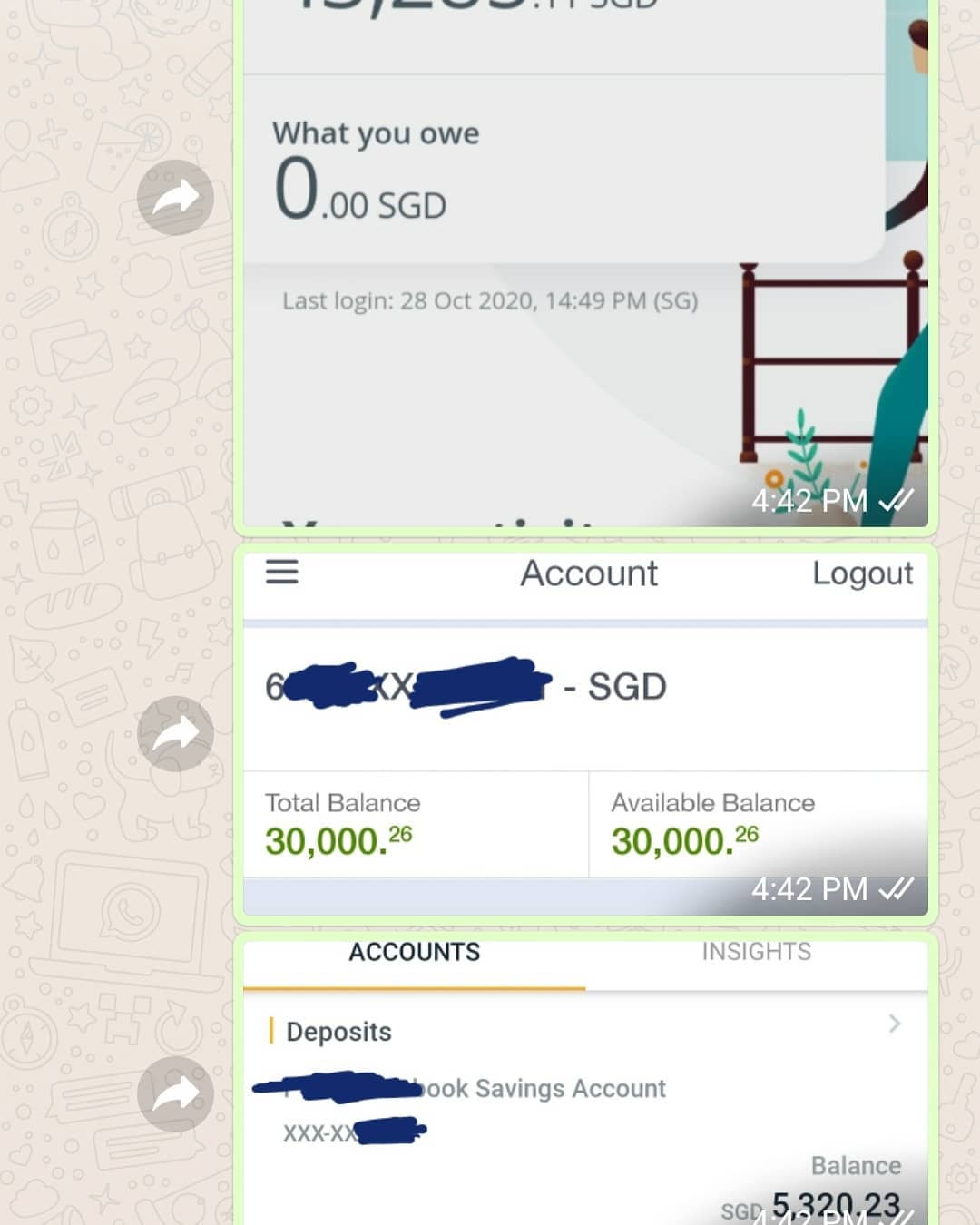 But there’s another purpose in showing the bank accounts, which he’d initially sent to his family chat group on WhatsApp.

Of course, the post is to show the amount he’s made. But he now also wants advice on what to do with the money.

He’s apparently considering getting a car, but is unsure of whether it should be a decent second-hand or a pre-owned Ferrari.

For the latter, he’ll take out a loan. 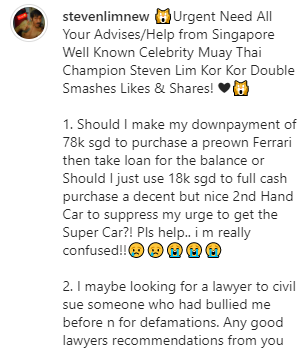 He’s also considering getting a lawyer to pursue a defamation suit against someone who’d bullied him, without naming who the person is. 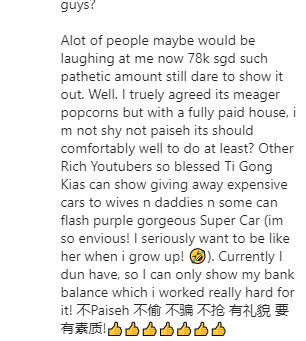 He also addresses potential haters who’d question why he’s posting his bank account statements, saying that even though 78k is “such pathetic amount”, he owns a house which is fully paid, and so isn’t paiseh.

Apparently making reference to influencer Naomi Neo, who bought a purple Lamborghini this year, he hopes that he “want to be like her when (he grows) up”.

But he’s certainly proud of the amount he’s earned, as it came through months of “endless sleepless nights”.

He revealed that he received over 600 requests for shoutouts, which he had to fulfill. 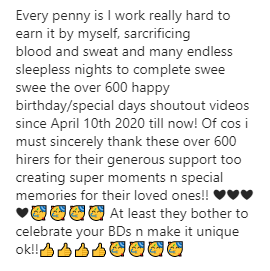 We can’t say that he’s not making a honest living, at least.

So should he buy a Ferrari – to not copy his idol Naomi Neo – or a decent second-hand car? Perhaps his fans may be able to give some advice.

Some may deride Mr Lim as a joke, but there’s no doubt that after every failure, he dusts himself off and carries on.

And he’s not only making a honest living being himself, but is able to comfortably support himself.

Steven Lim is inimitable, and that’s the highest compliment one can give.