Steven Lim’s Website Is A Glimpse Into His Wild, Ambitious, Human Mind

I don’t know whether there is anything to say about Steven Lim that hasn’t been said before.

While it’s hard to determine if Singaporeans are laughing with, or at him, there’s something inherently endearing about him.

That’s why he never fades into irrelevance — always lurking at the hinges of virality on social media and in the minds of Singaporeans.

Maybe it’s his persistence, his inability to give up. Or his free spirit. He is undeniably and unapologetically himself, in a world full of façades and fakes.

Regardless of what it is, Steven’s sheer unpredictability has led to a lack of understanding.

Who is this man, now in his forties, still making videos from his room? To find out, we explored Steven’s rather colourful website.

What we found, were answers to some of these questions and maybe even a bit more. As I press the enter key on my keyboard, I slowly see the site come to life in all its glory, in front of me.

In the background — a repeated image of Steven Lim, standing in what seems to be a martial arts pose.

On top of these over-saturated photos, stood a giant white box, with huge text — different fonts, colours and all.

To add to this, Steven Lim highlights anything he deems to be remotely important in bright yellow, red or blue.

Initially, upon entering the site, I thought that it had not been updated in a decade or two.

I was dead wrong. His last entry – posted merely 6 months ago – was about his new “Hybrid Artiste Fitness Class”.

That tells you a lot about Steven.

In an era where it takes a few minutes to make a decent looking website on WordPress, Squarespace or Wix, Steven Lim simply doesn’t care.

While other people may change with the times, nothing will ever change Steven.

Jack of all trades?

Brushing aside the aesthetics of the site, let’s dig our teeth into its actual content.

Steven claims that he does everything. Eyebrow plucking, boxing, singing, dancing, personal training and babysitting are some of the services he offers on his website.

Over the years, he has also sold a variety of products on his site.

We start off with the two books written by Steven Lim: “Say Bye To Premature Ejaculation Now,” and a self-improvement book titled “Steven Lim – The Street Eyebrow Plucker”.

Both books cost $20 and ship worldwide.

In 2006, he also tried to sell Sheep Placenta pills on the marketplace.

He claimed that they “reverse(d) aging” and made you look “many years younger than your age”. They also could “increase sperm production, potency” and “alleviate menstrual pain”.

Many of his blog posts are also seemingly random.

He shares this particular caveat from his preteen years,

I got a hidden secret that a few of my close friends know only.  I used to think that sperms fly around and outside our private parts and I tried to fertilize an unwasted real chicken egg when I was in primary six. 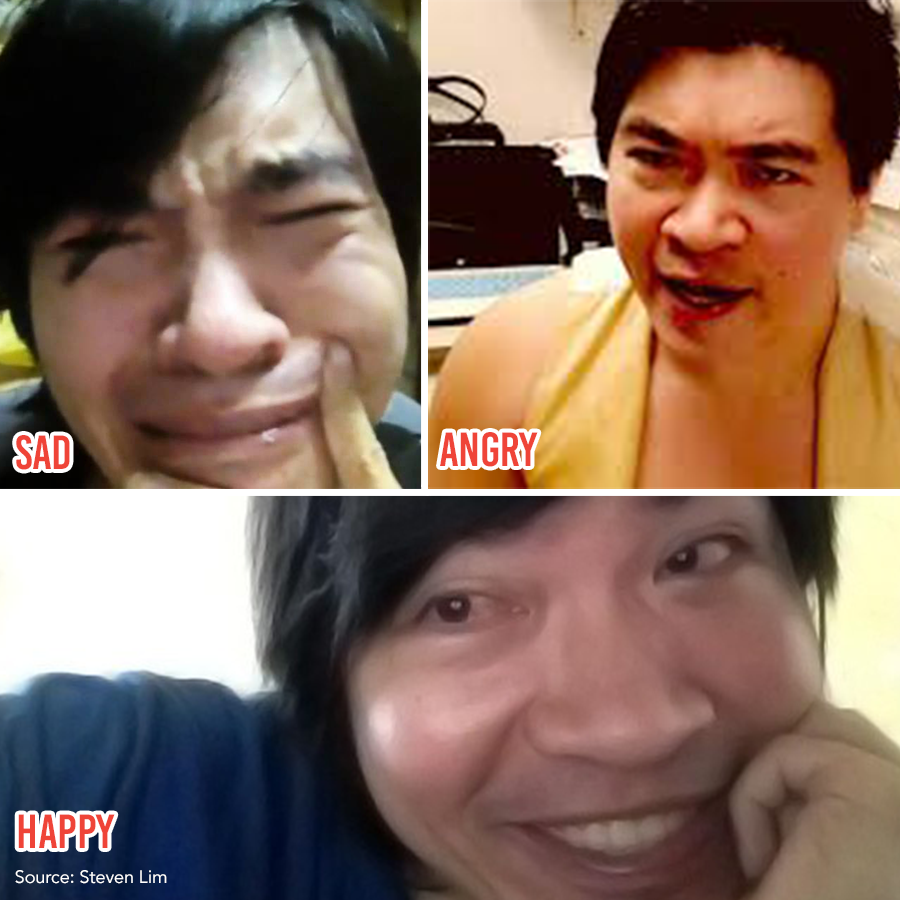 From afar, it might seem like Steven Lim doesn’t process emotions and feelings the same way others do.

I mean this was the guy who repeatedly posted his phone number and home address on his website, with zero qualms whatsoever.

But this doesn’t mean that Steven doesn’t feel. If anything, his old blog posts prove that he is very much a fragile human with insecurities, fears and issues.

In a series of pieces from 2005-2007, Steven talked about betrayal, fame, loneliness and his childhood.

(My parents) are not close now. Just two strangers living under one roof…I remembered once in Chinese New Year when I was really young, we went out happily together as a family, along with my younger brother.  Everything was ok till we reached home. They quarreled again, and I was sitting right in the middle. I dun want them to quarrel, so I made funny faces, n say some funny jokes to calm the intense atmosphere. It worked for a while, but they continued quarreling. I felt so useless…In the end, it affects me deep deep. I was a very hyperactive kid then. When they quarreled, my mum period, n beats me for any sorts of things or no reasons. Thru all the beatings, I suffered from very low self-esteem n was highly rebellious.

When people don’t act according to societal norms, we often pass judgement way too soon.

But when a person shatters those perceptions, we’re left confused.

The lesson here is clear — behind Singapore’s funniest man could be an incredibly hurt individual.

Regardless of what Steven Lim says or does, there’ll always be people who will make fun of him.

Examining his website allowed us to uncover that he’s a human too, with feelings and emotions.