S’pore Students Pay Carousellers To Do Their School Work, Those Caught May Be Expelled Students have to juggle between their school work, extracurriculars, and keeping up with their social life. Hence, it’s no surprise for them to seek help whenever they can.

Recently, however, there have reportedly been more university and polytechnic students in Singapore paying others to complete their assignments and exams for them. 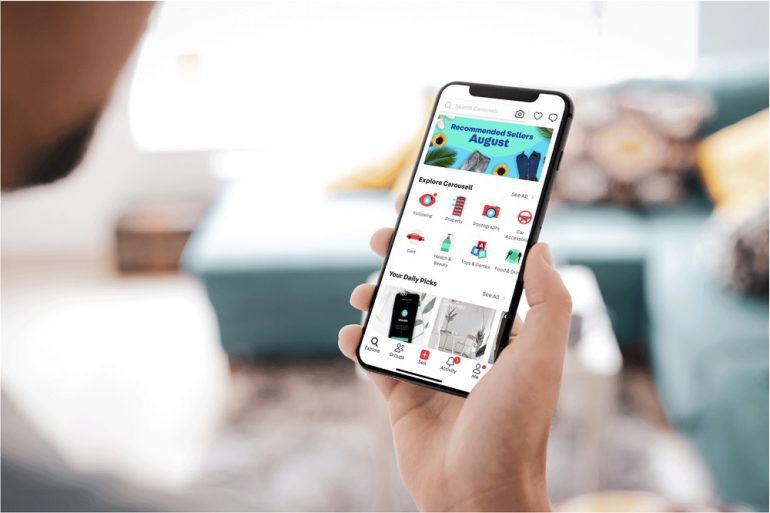 The Ministry of Education (MOE) has since issued a warning saying that such incidents are treated seriously and that disciplinary actions, including expulsion, could be on the cards for students caught flouting such rules.

Listings of services offering to do school assignments & exams

According to Shin Min Daily News, more students in Singapore have been paying others to do their assignments and exams for them.

A quick search on Carousell reveals several of such listings.

Essay writing services can be found for as low as $10. This listing boasts that they’ve helped hundreds of students ace their grades. 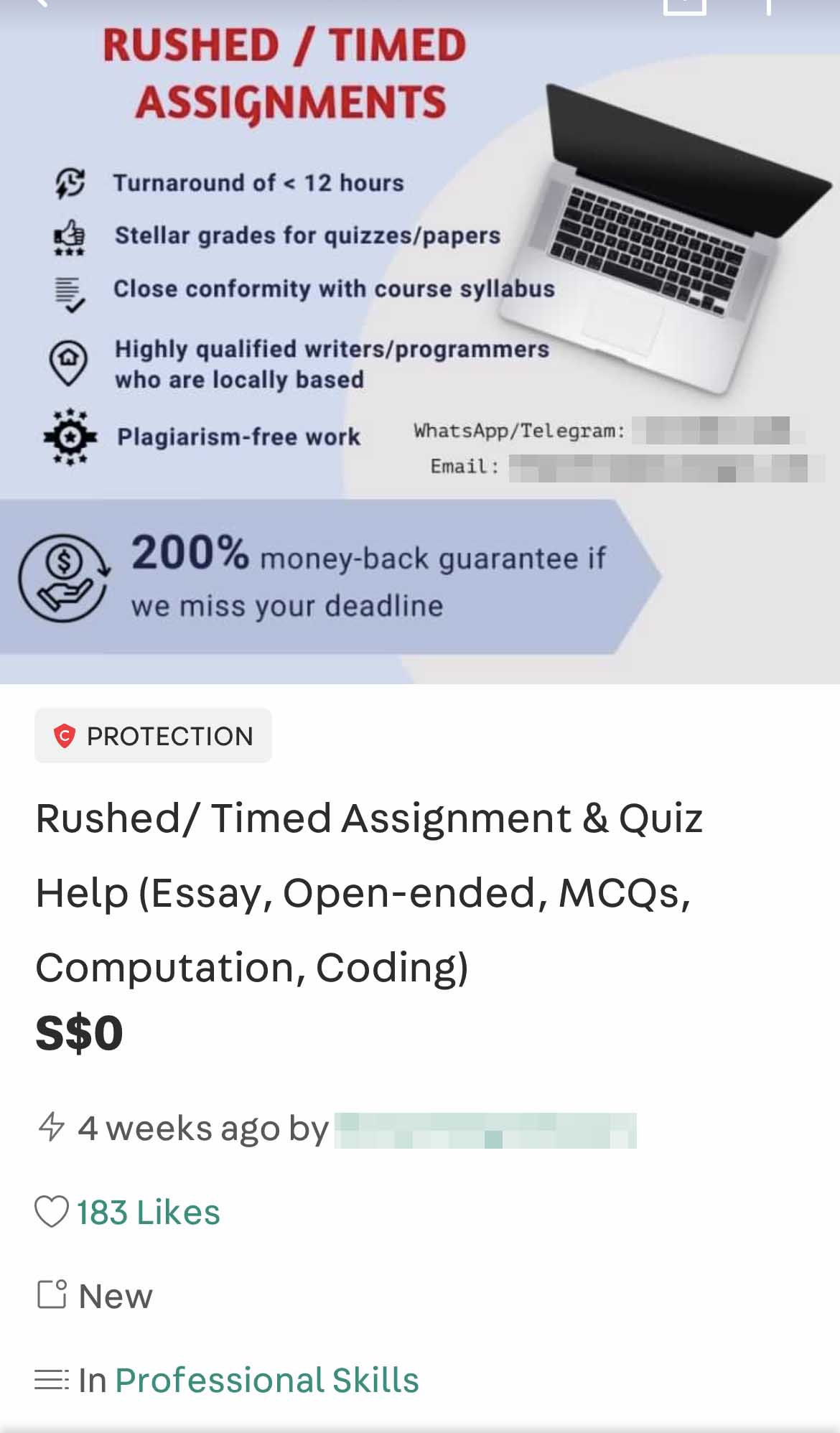 Another listing also offered to help with assignments or quizzes in fields such as computing, engineering, and business.

Additionally, many of these listings provide assurances that their work won’t be flagged for plagiarism and that all of them are original. 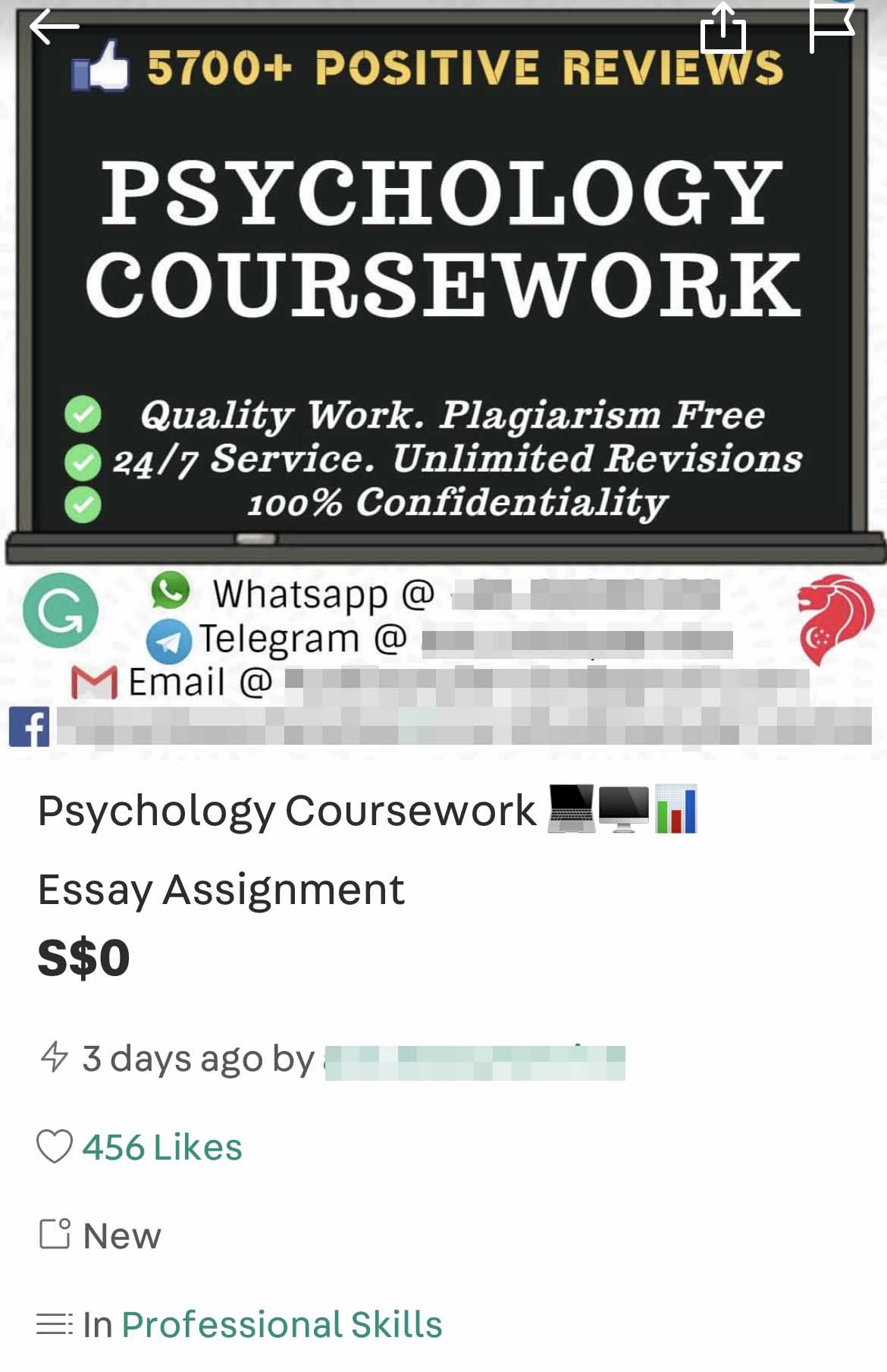 Speaking to The Straits Times (ST), one student who engaged in such services said he only did so as he felt he didn’t have a choice.

Despite being halfway through a semester, the student apparently did not understand what was being taught. He decided to seek help from a fellow student for fear of failing his module.

The student later paid the same ‘ghostwriter’ to complete an online coding exam for him.

At first, he was guilty about paying someone to do his school work but the need to pass his module eventually overwhelmed his guilt.

Another student said some had engaged these academic services to do a whole semester’s worth of work, reports ST.

He added that this has become more common in recent years.

Speaking to ST, MOE said that they take such dishonest acts seriously.

The ministry strictly forbids all forms of academic fraud including getting 3rd parties to write or collaborate on assignments or exams.

Students caught doing so will be subjected to disciplinary action which may include expulsion.

Given the high pressure associated with Singapore’s education system, students can get caught up in the rat race to achieve good grades which may cloud their judgements.

Nonetheless, it is never right to pass off someone else’s work as your own.

Not to mention that without undergoing the hardships of exams and assignments, it’s difficult to access if students have fully grasped the concepts being taught.

Featured image adapted from Retail in Asia and Carousell.