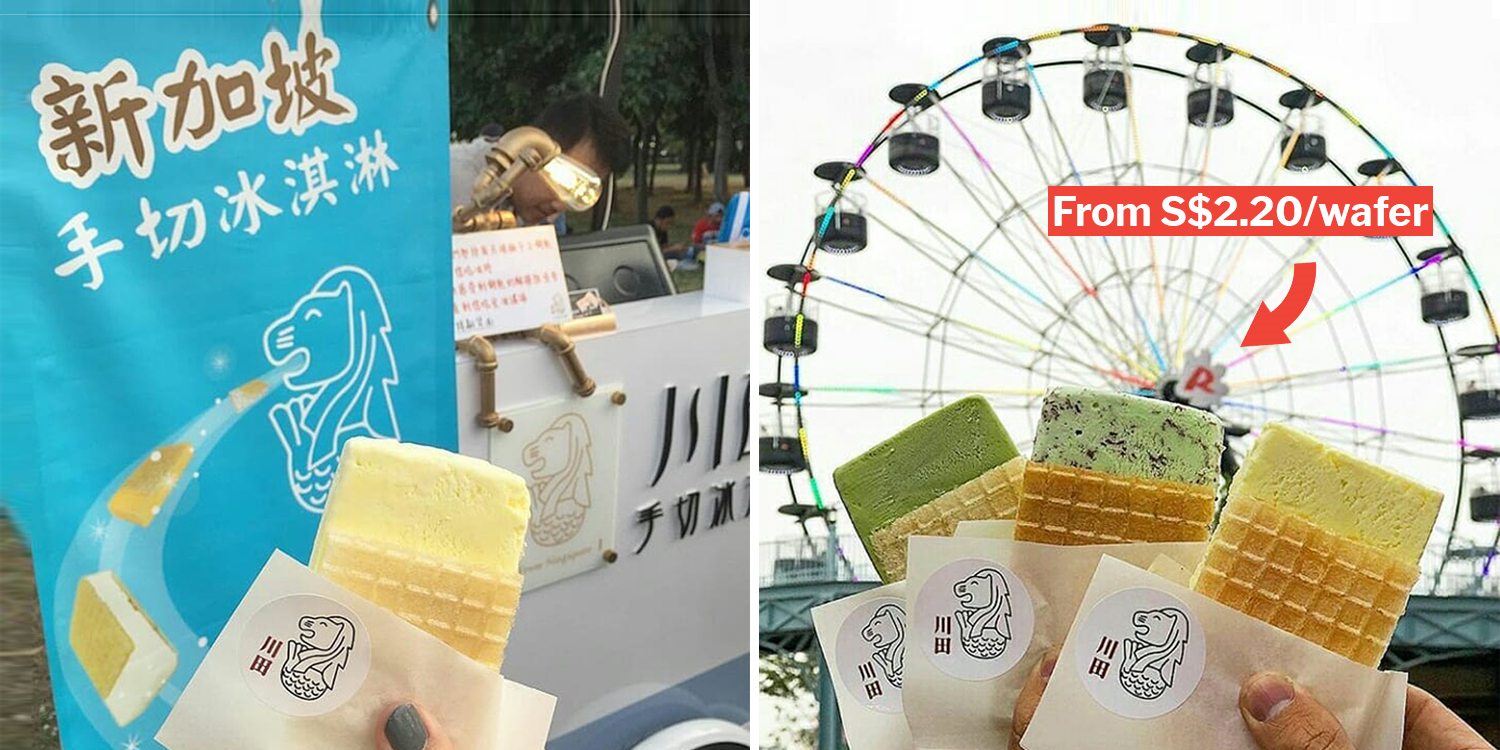 Ask Singaporeans about their preferred way of eating ice cream and chances are, they’ll say that it’s best eaten with wafer or bread.

Well, it seems like we aren’t the only ones who are fond of eating ice cream in those ways. 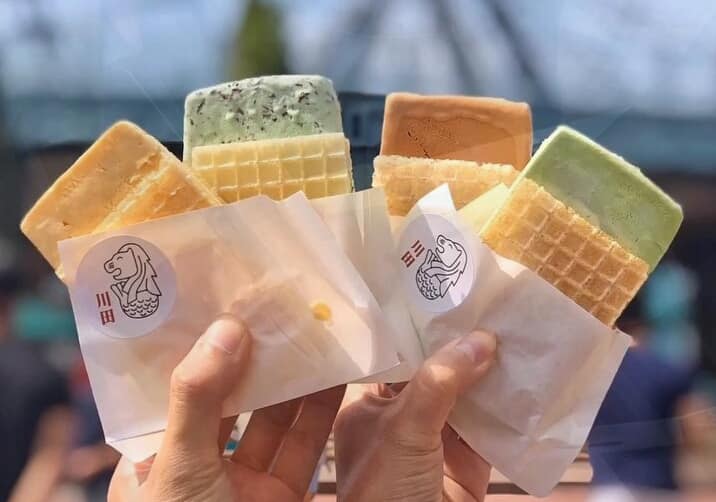 In case you’re wondering, no, it appears that they’ve yet to discover the wonderful combination of ice cream with rainbow bread.

Chuan Tian has a huge range of flavours available, from conventional ones like chocolate and vanilla to exotic ones like durian. 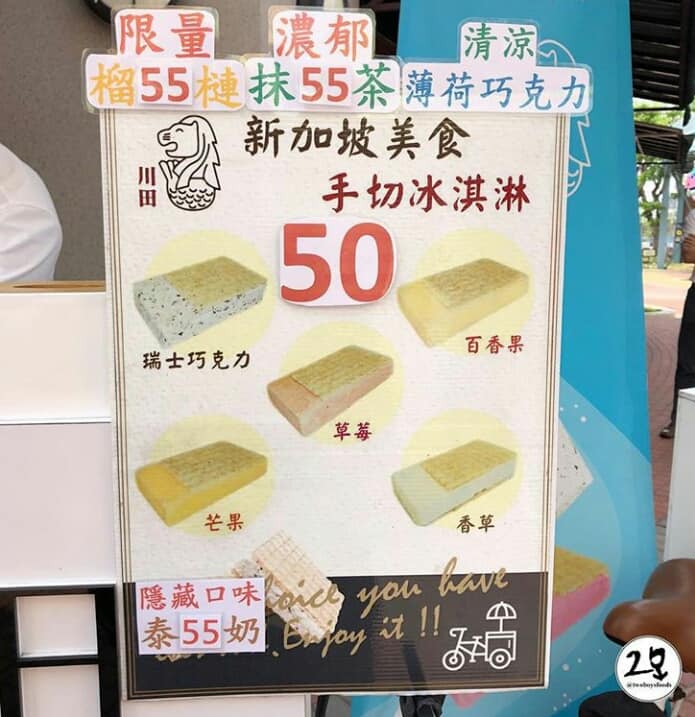 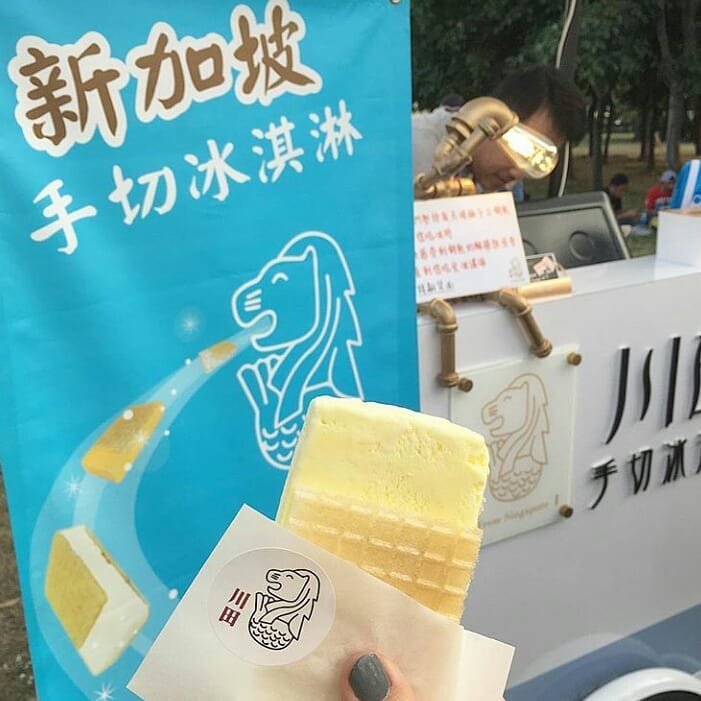 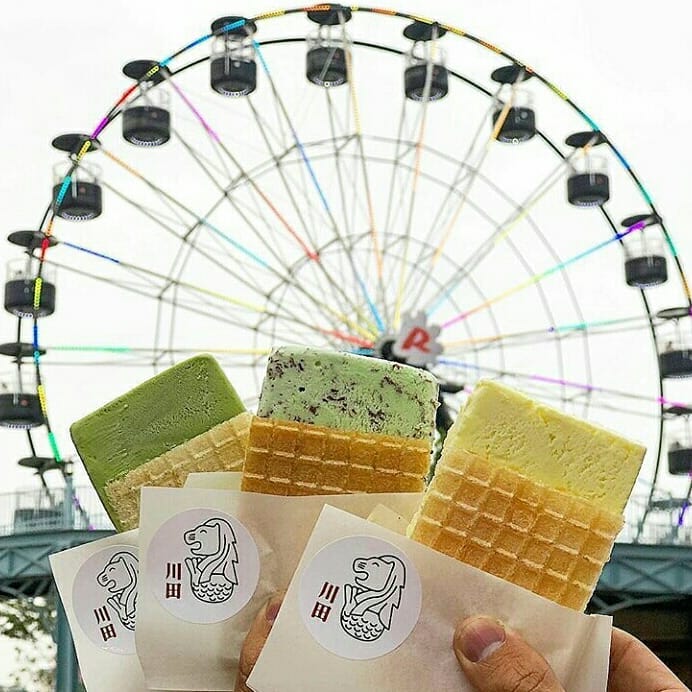 Still sounds like the perfect treat on a hot day.

Like mobile ice cream sellers here in Singapore, Chuan Tian does not have a fixed location and moves around regularly.

If you’re keen on having Singapore style ice cream while travelling in Taiwan, check out their Facebook page, where they post updates about their locations.

We’re heartened that our local delicacies have garnered such popularity outside Singapore.

Let’s hope that our Taiwanese counterparts love it as much as we do, and we look forward to them discovering our other all-time favourite — ice cream sandwich with rainbow bread.