Flash Floods Hit Tampines On 20 Aug Due To Heavy Rain

UPDATE (20 Aug, 10.30am): PUB has issued an update saying the flash flood at the Tampines/Pasir Ris intersection has subsided as of 9.40am.

It was especially difficult to get out of bed today (20 Aug) not only because it’s a Friday, but also because of the comforting rain. 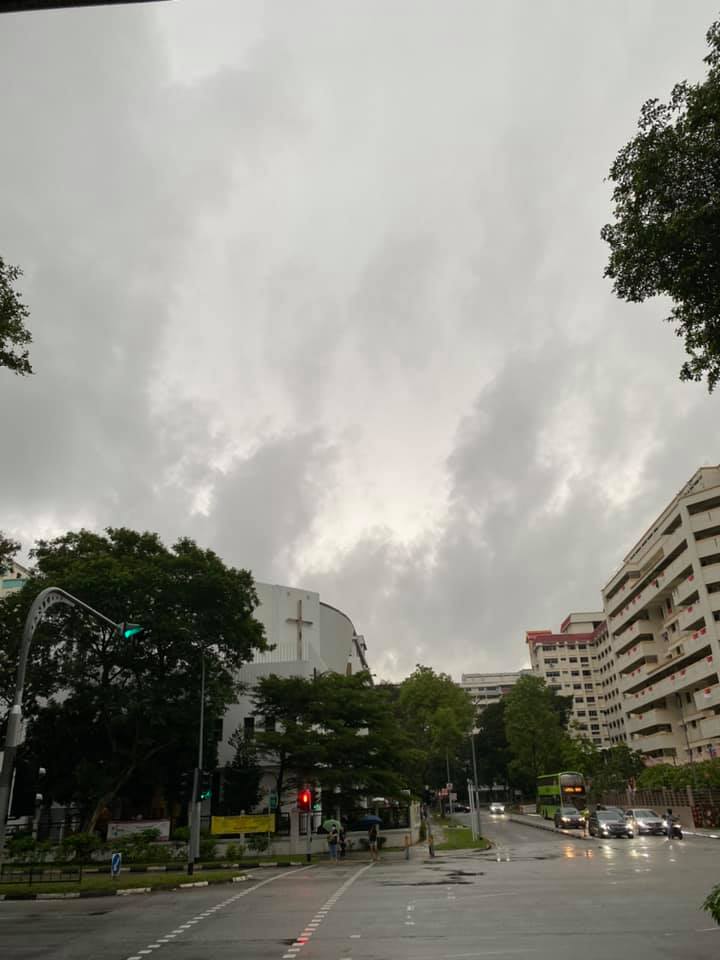 But for some motorists travelling in the East, the challenge extended to their drive as some sections of the roads were badly flooded.

On Friday (20 Aug) morning, pictures circulating on Facebook showed severe flooding at the intersection of Tampines Ave 10 and Pasir Ris Drive 12, with vehicles submerged in the waters.

PUB has deployed officers to the site to provide assistance.

Pictures making rounds on Facebook show a large pool of water at the major intersection.

The flash floods look pretty severe as vehicles that tried passing through the area had waters going up above their tyres. 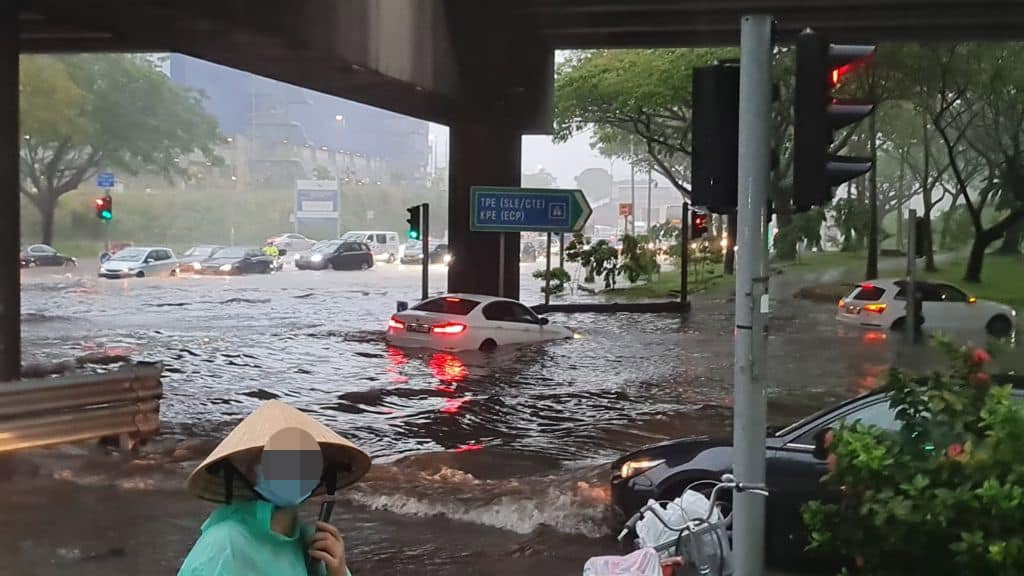 According to The Straits Times, water levels in the area were at around 1 metre or more. 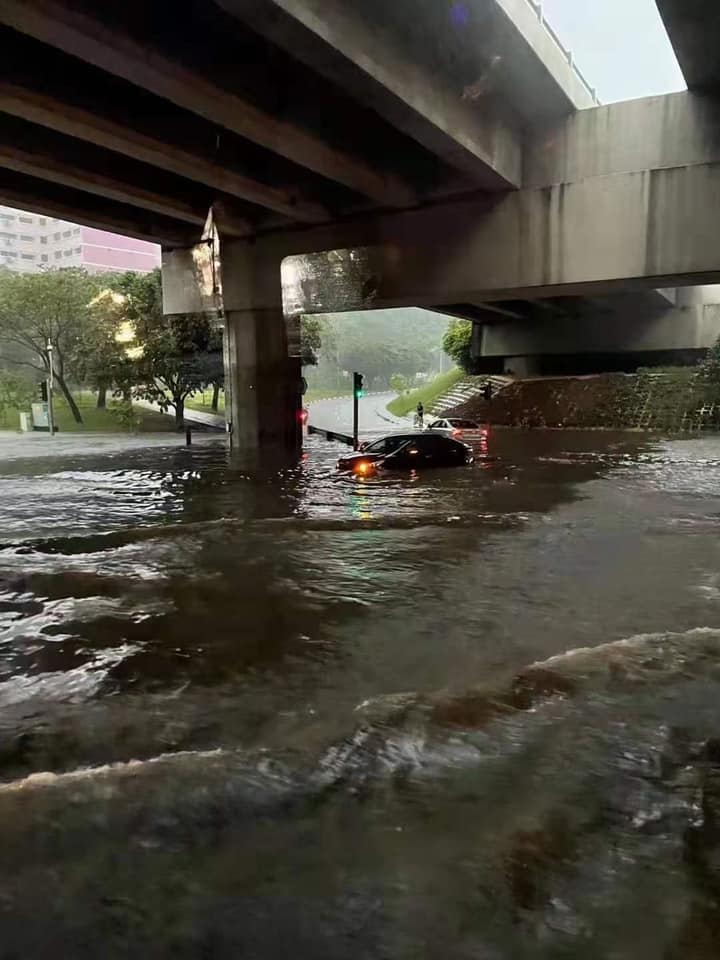 Several vehicles appeared to be stuck in the waters and had difficulties moving off.

The location in question is a particularly busy intersection connecting residents of Pasir Ris and Tampines to the Tampines Expressway (TPE), so one can only imagine the disruption the flash floods must’ve caused.

At around 8am, PUB issued a flash flood warning on their Facebook page.

PUB officers had reportedly been deployed to the location to render help.

Apart from the Tampines/Pasir Ris intersection, PUB also warned of flash floods in the following areas:

Earlier at around 6.30am, PUB had issued a notice saying that heavy rain can be expected in the northern, eastern, and central areas of Singapore.

Hope floods will be cleared soon

With the floods happening at such a busy intersection, we can only imagine the level of disruption the incident has caused to those who frequently travel around the area.

If you know anyone who stays in the vicinity, tag them in the comments so they do not find themselves affected by the floods.

We hope the floods will be cleared soon, allowing motorists to resume normal usage of the roads again.