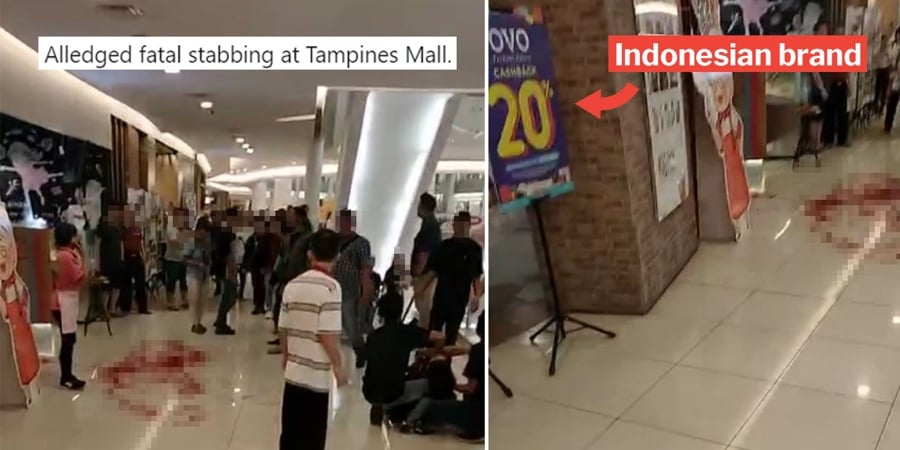 Update (28 Aug, 1.53am): MS News readers have confirmed that a fatal stabbing incident did occur in Pluit Village Mall in Jakarta, Indonesia on Sunday (25 Aug). The case is under investigation by the authorities, but Banainai Restaurant – where the dispute took place – was closed on Tuesday (27 Aug), reports TribuneNews.

A viral WhatsApp video has been circulating among Singaporeans, and its contents are truly disturbing.

An alleged case of a ‘fatal stabbing’ in what is said to be Tampines Mall is the caption accompanying the viral video. 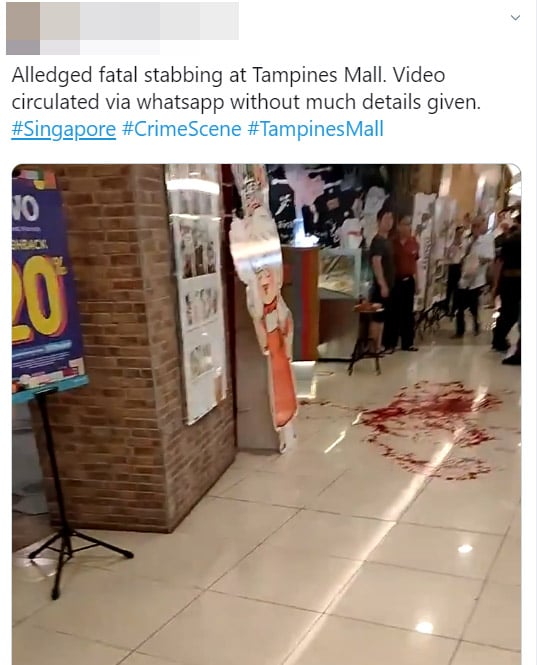 Worried Twitter users have also re-uploaded the video, questioning if the incident indeed happened in Singapore.

Our team carried out a little Internet sleuthing, and as it turns out, the tragedy most likely occurred in an Indonesian mall.

Here are 3 telltale signs that show why we must remain vigilant about the content we share on the messaging app.

The short 19-second clip was shared among WhatsApp users as early as 11pm on 27 Aug. A concerned MS News reader sent in the video to us, claiming that it was a “fatal stabbing incident at Tampines Mall” due to an “employee dispute”.

Here’s a trigger warning to our readers as the scene depicted is pretty graphic. 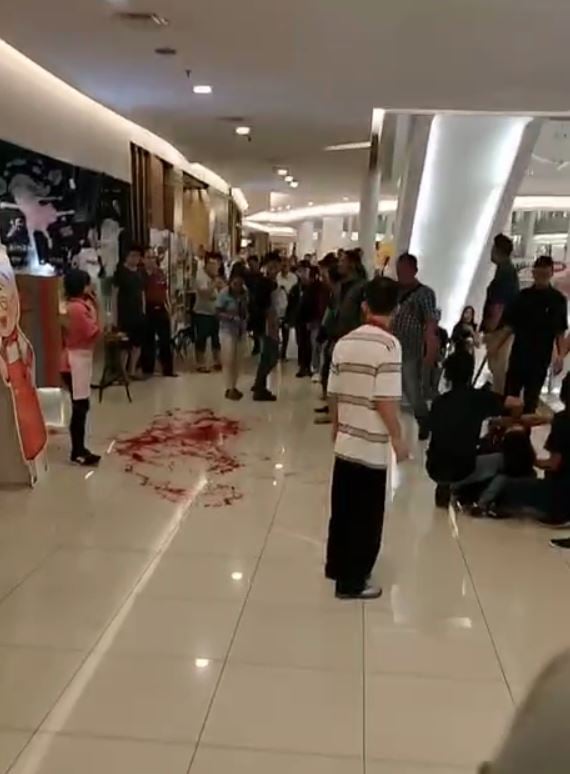 We observe patches of blood smeared on the floor of what appears to be the area outside an eatery within a mall.

A clearly shell-shocked crowd murmurs as the mall music continues playing in the background. 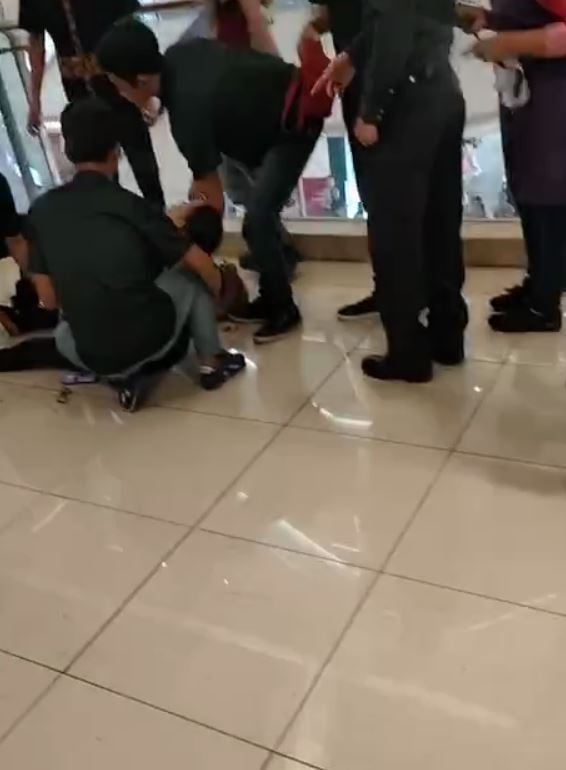 2 staff in pink shirts walk into the frame of the video, while one lady talks on the phone – presumably to inform the authorities – as a crowd gathers around the ‘victim’ to assist the injured person.

The video quickly cuts away, and ends abruptly on this note.

Although the panic felt by the crowd is evident in the video, it is an unthinkable situation in relatively peaceful Singapore.

We managed to pick out some signs that the incident probably didn’t take place in Tampines Mall, or even locally.

Upon closer inspection, we observe a signboard by a brand named Ovo, promoting 20% cashback. 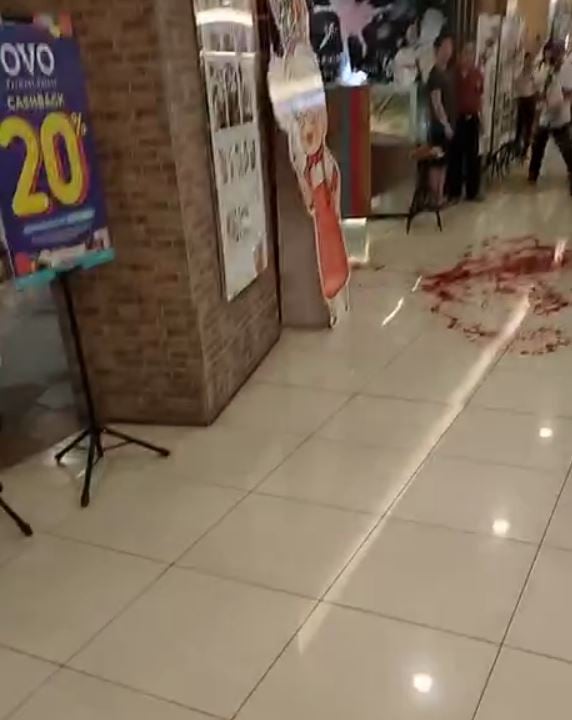 Ovo is an Indonesian digital payments brand, and we found the exact same promo banner with a quick Google search. 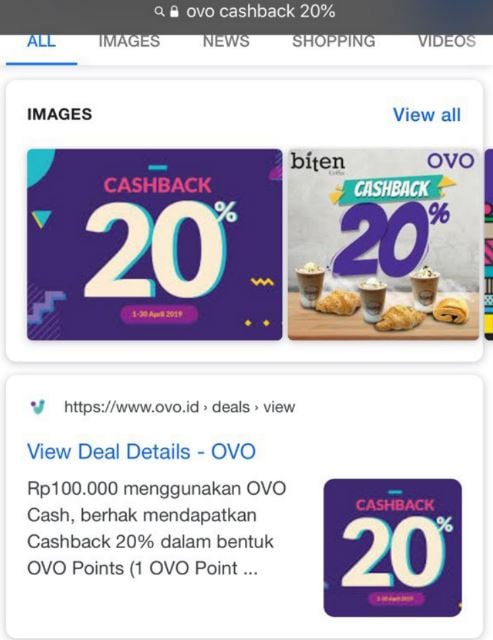 Ovo doesn’t have a footprint in Singapore yet, but had recently held a conference here back in March.

2. Granny signboard could be an Indonesian eatery

Another detail that caught our eye was the Granny mascot signboard in the background of the incident. 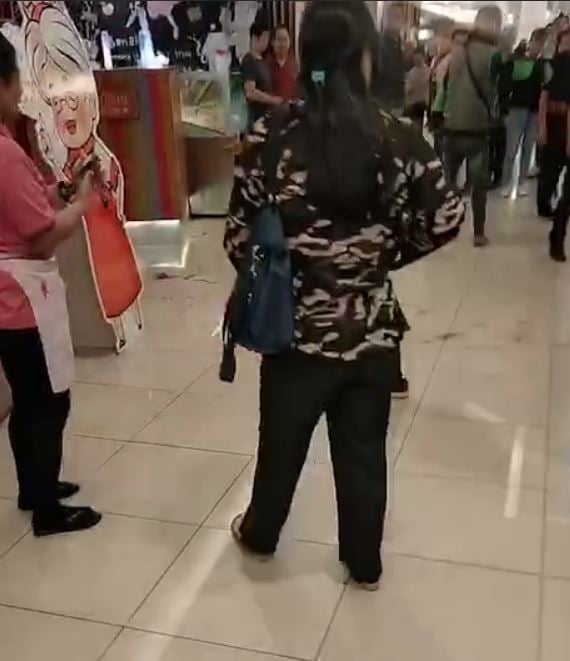 Eagle-eyed Singaporean viewers would be struggling to place this brand in Tampines Mall, unless it was a new opening. 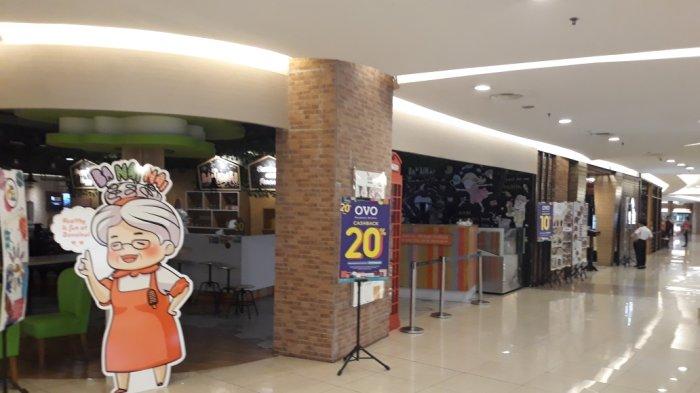 Indonesian news sites have confirmed that a dispute between a manager and employee occurred on Sunday (25 Aug) outside Banainai Restaurant, located on the first floor of Pluit Village Mall in Jakarta.

The fatal stabbing incident is under investigations by the authorities, and the restaurant remained closed on Tuesday (27 Aug).

Listening carefully to the video will also provide a hint to where this incident took place.

Loud atmospheric music plays on top of the murmurings of the worried crowd. And the music isn’t of a style that’s typical of local malls in Singapore — most of all, Tampines Mall.

We verified this clue with Tampines residents, who also can’t recognise the exact area that the alleged stabbing took place.

No matter what the circumstances of the video were, we understand that a person does seem to be clearly hurt. We trust that the victim received timely medical assistance and that the relevant authorities will investigate the case thoroughly.

Regardless, we offer our sincere condolences to the family of the victim.

However, it’s best not to speculate further on the circumstances of the video, or continue spreading it as we are almost 100% sure this incident did not happen in Tampines Mall.

Do share this article with your loved ones who are still concerned about the incident. 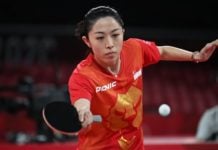