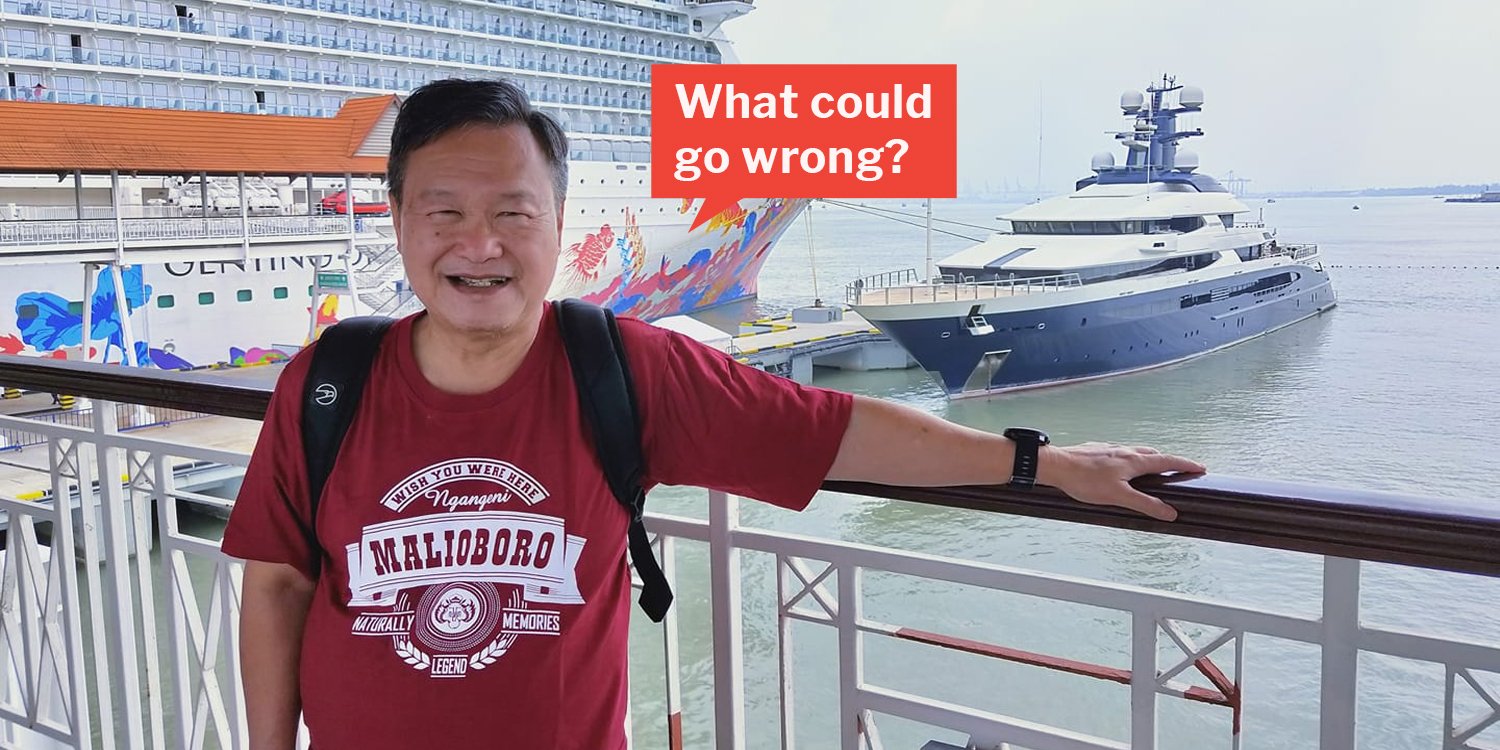 The ex-presidential candidate and CEO of NTUC Income, Mr Tan Kin Lian, seems to have quite a bit of spare time on his hand. This morning (27 May), he posted his personal details – including NRIC number, email address, mobile number and date of birth – on his Facebook page.

He had done this to make a point — that people are overreacting to data leaks involving those details. 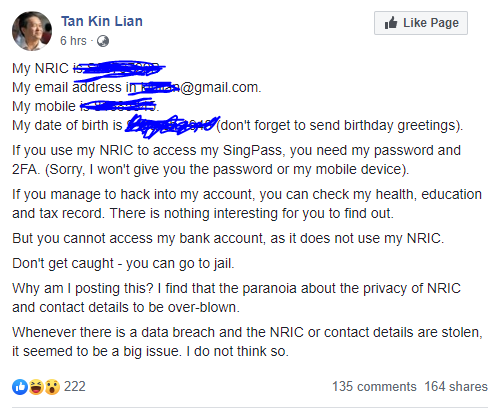 According to him, there was no harm in letting such information out.

Unfortunately, Mr Tan learnt his mistake the hard way later in the afternoon.

Locked out of his SingPass 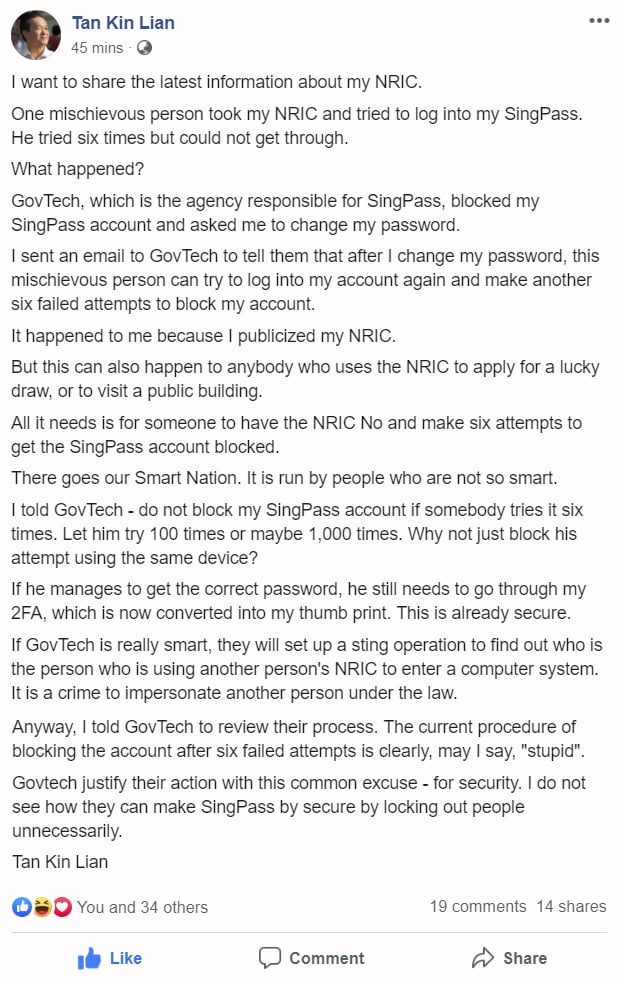 Apparently, someone had tried to log into Mr Tan’s SingPass account. We’re not surprised. Putting your NRIC out there like he did was clearly an invitation to the mischievous.

Mr Tan said that the person had kept trying to log into his account till the account got locked. He then had to call GovTech to get it unlocked.

He later went on a short tirade about the inadequacies of the current SingPass system — how anyone with someone’s NRIC can cause the account to lock.

So poor Mr Tan actually had his point disproven. Partly, at least.

Okay, so does this mean that it’s dangerous for your NRIC number to be leaked? If someone obtains your NRIC, but not your passwords, you’re probably safe. So the important thing is to keep your password safe!

Mr Tan’s case was obviously different. His post was practically an invitation to online trolls.

Hopefully, for his sake, the trolls will get bored and stop force-locking his SingPass account.