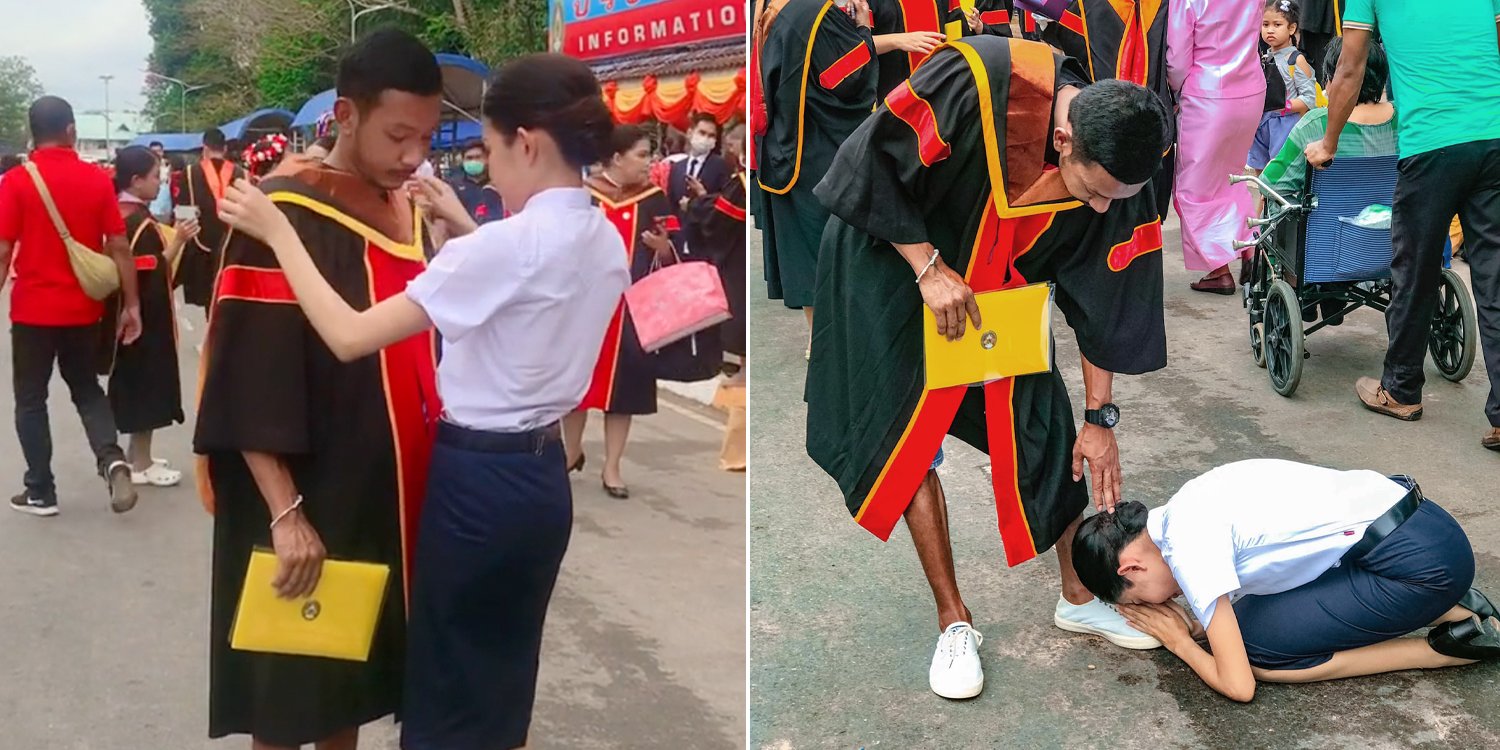 Their mother, a rubber tapper, could only afford one of their education.

Graduation ceremonies are often tear-jerkers as students celebrate their years of educational achievements.

But one 27-year-old woman in Thailand touched many when she decided to give her brother credit for her graduation.

During Ying Chanita’s graduation ceremony, she gave her brother her graduation robe before kneeling on the floor and bowing her head to thank her brother.

In a TikTok video shared on Friday (2 Dec), Chanita showed herself putting her graduation gown on her brother. 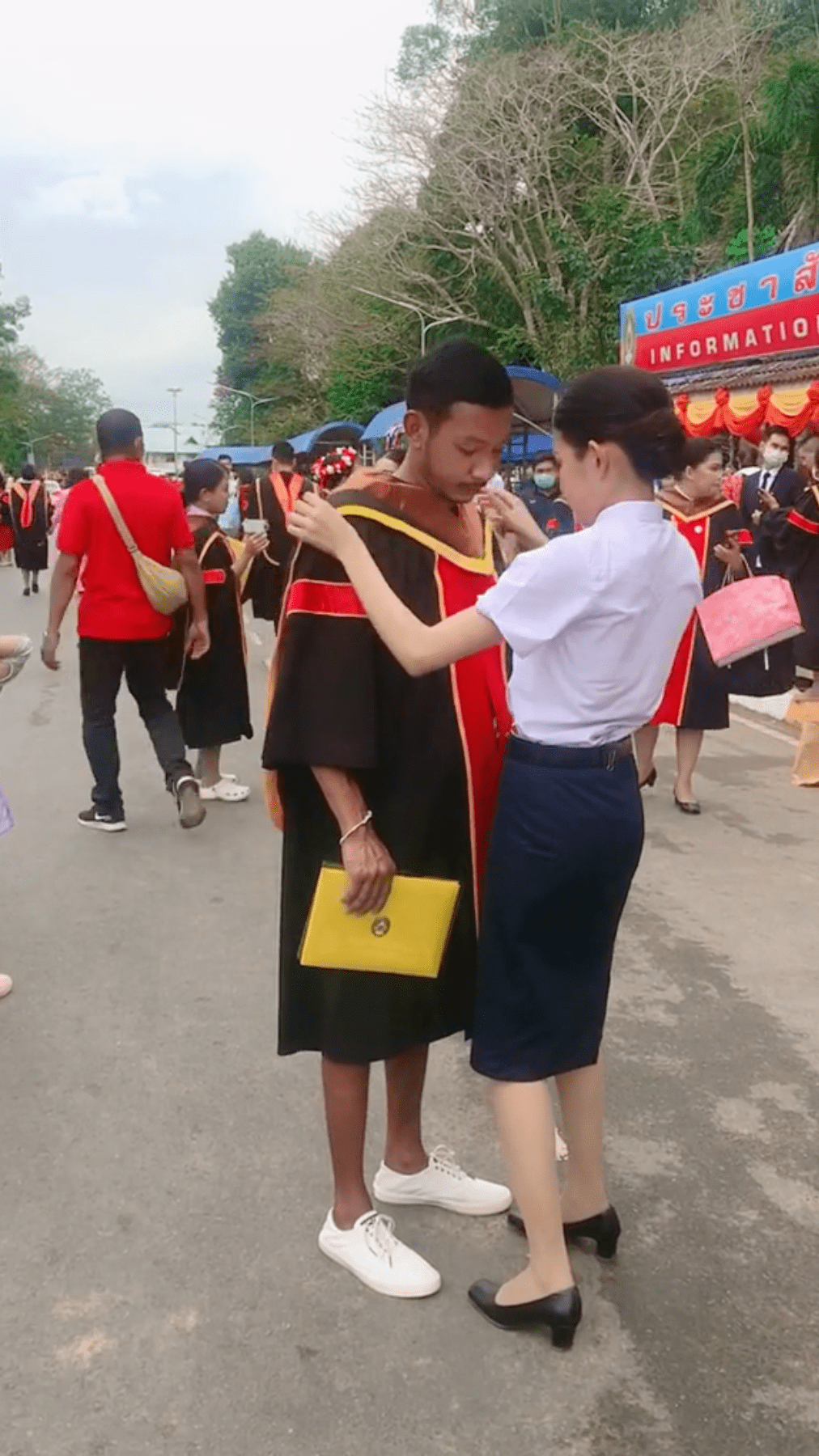 After doing so, she got on her knees and bowed at her brother’s feet.

According to AseanNow, the gesture is known in Thailand as ‘krap thao’, done to show deep respect for someone.

At this, her elder brother affectionately touched the top of her head.

In her caption, Chanita wrote, “Thank you to this guy who sacrificed everything for his sister”.

On that day, 27-year-old Chanita was graduating from the faculty of public administration at Rajabhat University in the southern Thai province of Nakhon Sri Thammarat, reported AseanNow. Chanita revealed that she lives with her elder brother and mother. When she was growing up, her mother did not have a high income as she was a rubber tapper.

Hence, she couldn’t provide an education for both Chanita and her brother. Because of this, her brother – who wanted Chanita to continue studying – decided to withdraw from school.

At that time, she was still young and did not understand why he had done so.

When she was older, her mother explained that she couldn’t afford the school fees for both of them, so her brother quit school to lighten her mother’s burden.

Chanita was initially supposed to have her graduation ceremony in 2018, but this had to be postponed due to the pandemic.

Chanita’s TikTok video later gained virality. At the time of writing, it has garnered over 10 million views.

Many netizens were touched by Chanita’s gesture of thanks for her brother’s sacrifice.

Some congratulated her and encouraged her to follow her dreams after completing her studies.

Translation: Thank you for studying till the very end. Follow your dreams. Oh, I’m crying
Source: @chnitakotchasit on TikTok

This user said they were happy for both siblings and felt that Chanita’s brother’s sacrifice was worthwhile.

Translation: Happy for bother and sister. He was willing to sacrifice for his sister, and the reward was worthwhile
Source: @chnitakotchasit on TikTok

Have news you must share? Get in touch with us at news@mustsharenews.com.

Featured image adapted from @chnitakotchasit on TikTok and Ying Chanita on Facebook.