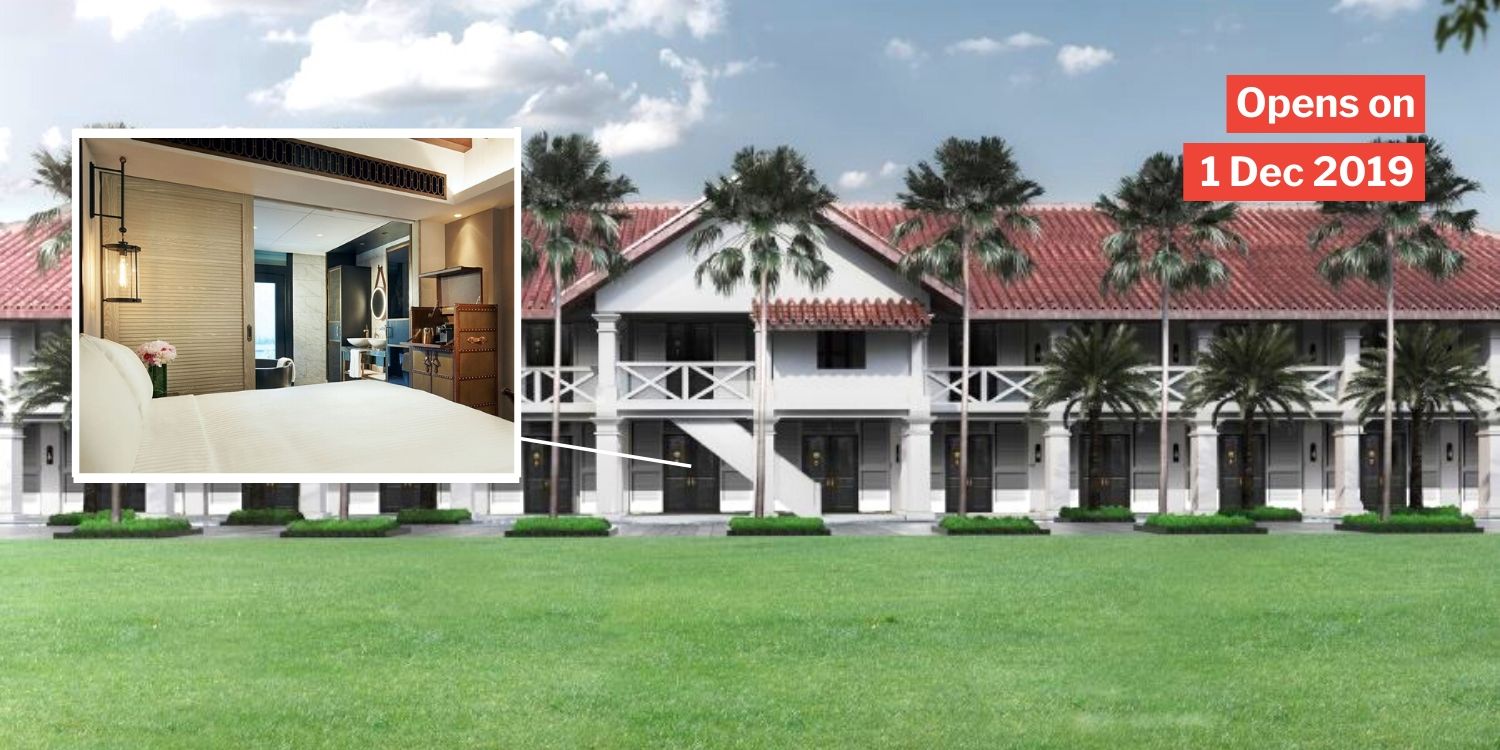 The Barracks Hotel Sentosa Will Open On 1 Dec 2019

Just last month, news of upcoming plans to revamp Sentosa and the neighbouring Pulau Brani got many of us excited.

Leading up to the cool venture, Far East Hospitality has announced the opening of its third hotel on the island, The Barracks Hotel Sentosa. 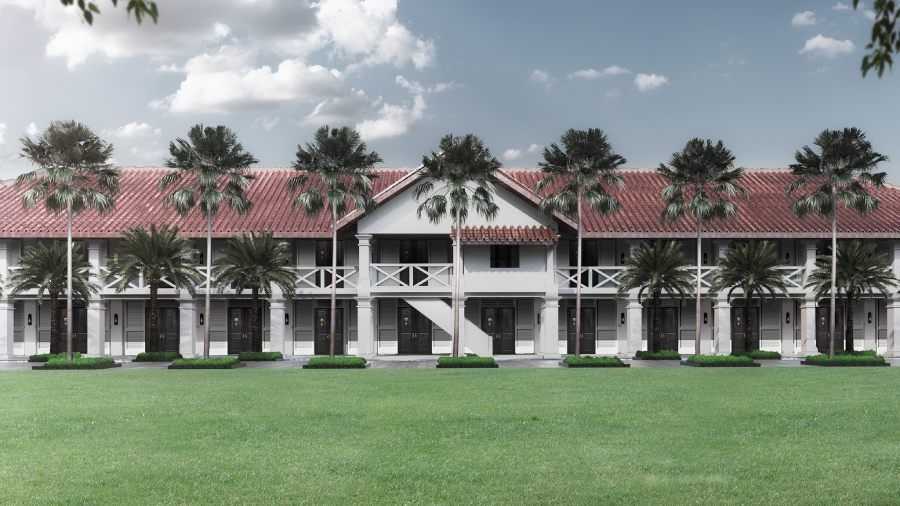 Due to open on 1 December 2019, the hotel built on former British military outposts will offer a unique staycation location.

The Barracks Hotel is an exclusive luxury staycation

If you’re looking for an idyllic getaway without having to splurge on a flight, this hotel might just be the place for you.

With only 40 rooms across 2 storeys, you’d best believe that your staycation will be a peaceful one – no rowdy kids or big groups crowding the lobby.

According to an article by EdgeProp, The Barracks Hotel Sentosa offers two types of rooms: 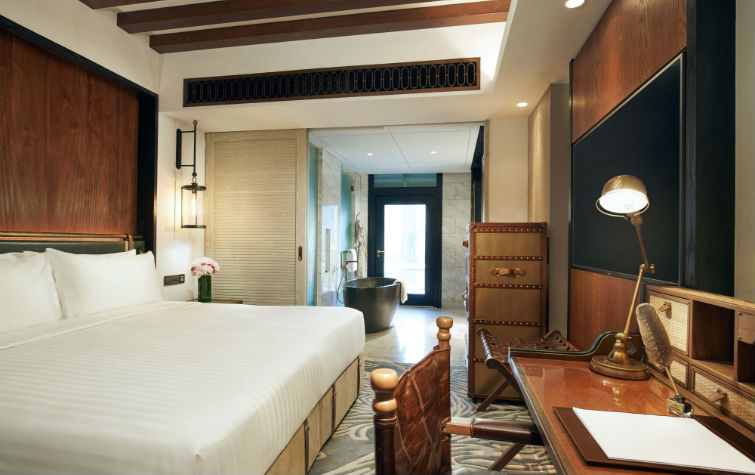 Only 6 Suites are available on the ground floor, while 33 Premier Rooms will be on both the first and second storeys. 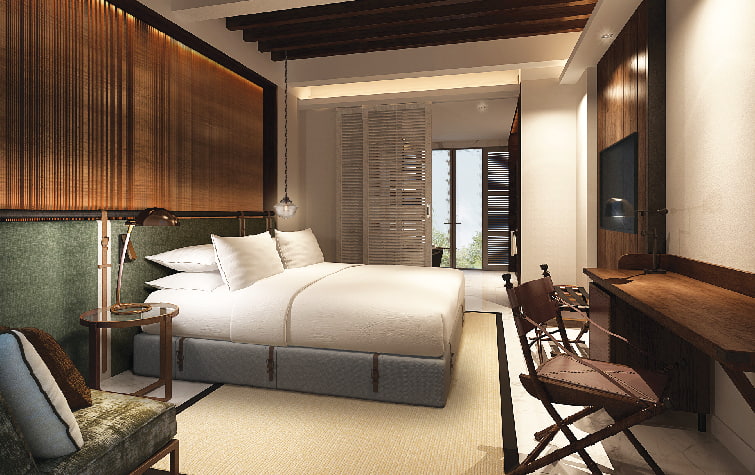 A Suite with a king-sized bed
Source

Rooms on the first floor will have a patio, while those on the second will have a balcony. First floor rooms will also have direct access to the exclusive, 30-meter long lap pool. 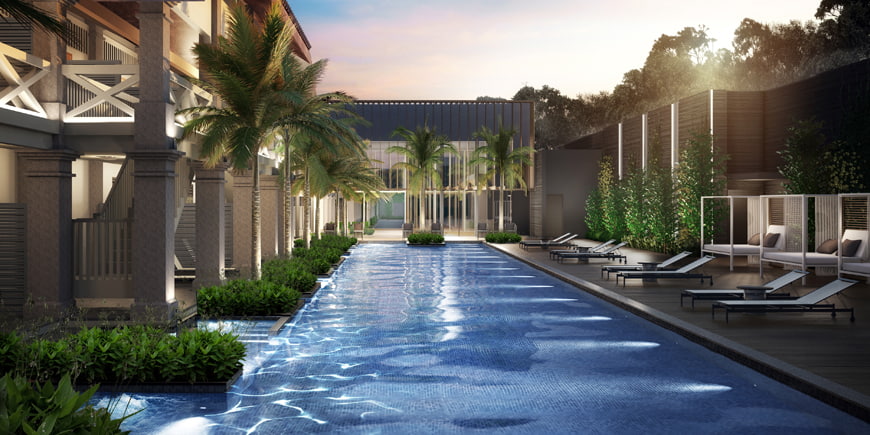 Several rooms will even have access to a semi-private jacuzzi for that extra touch of luxury.

Since the hotel is on the grounds of a former British military outpost, most of the rooms’ features preserve distinctive traits of the site’s heritage.

Look around and you’d notice the old-school wooden louvered windows and rustic brass handles on the huge doors. 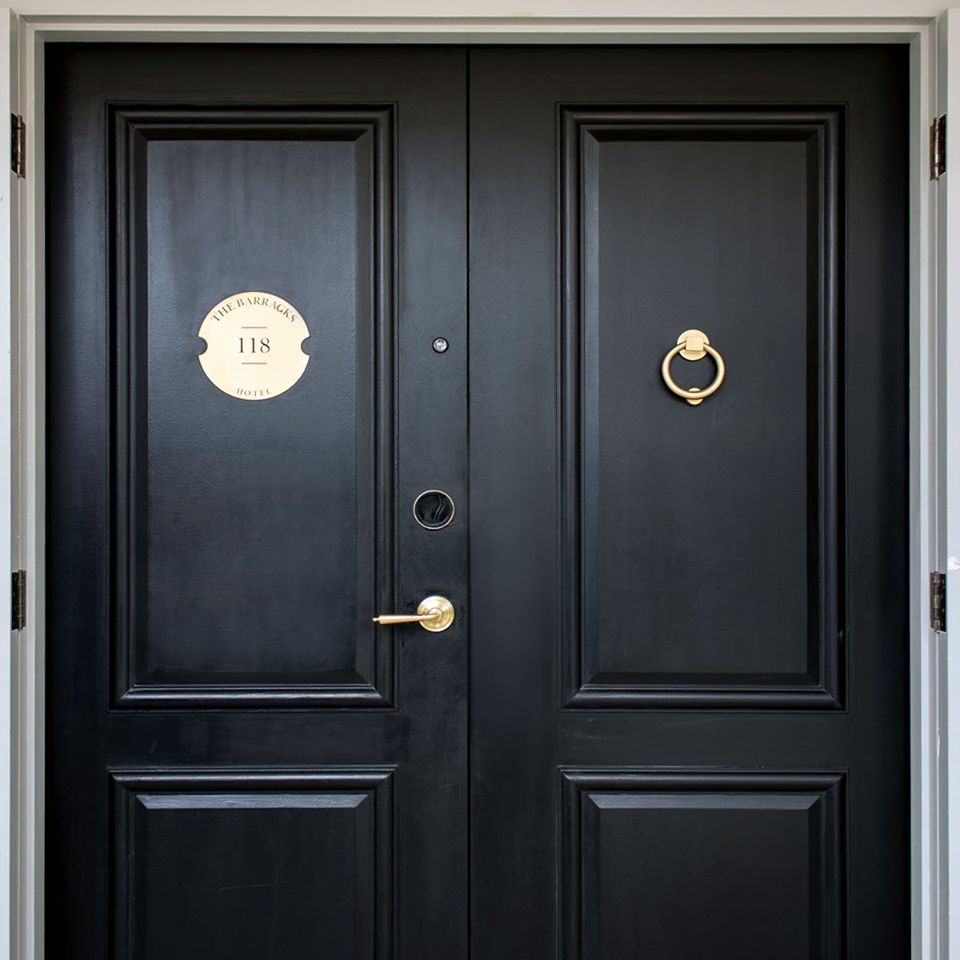 The larger suites even have a fancy, vintage, leather sofa from British brand Chester Field, which adds a grand aura to the already atas feel. The classic design extends into the bathrooms where no detail is spared, from the porcelain basins to the gold trimmings everywhere. 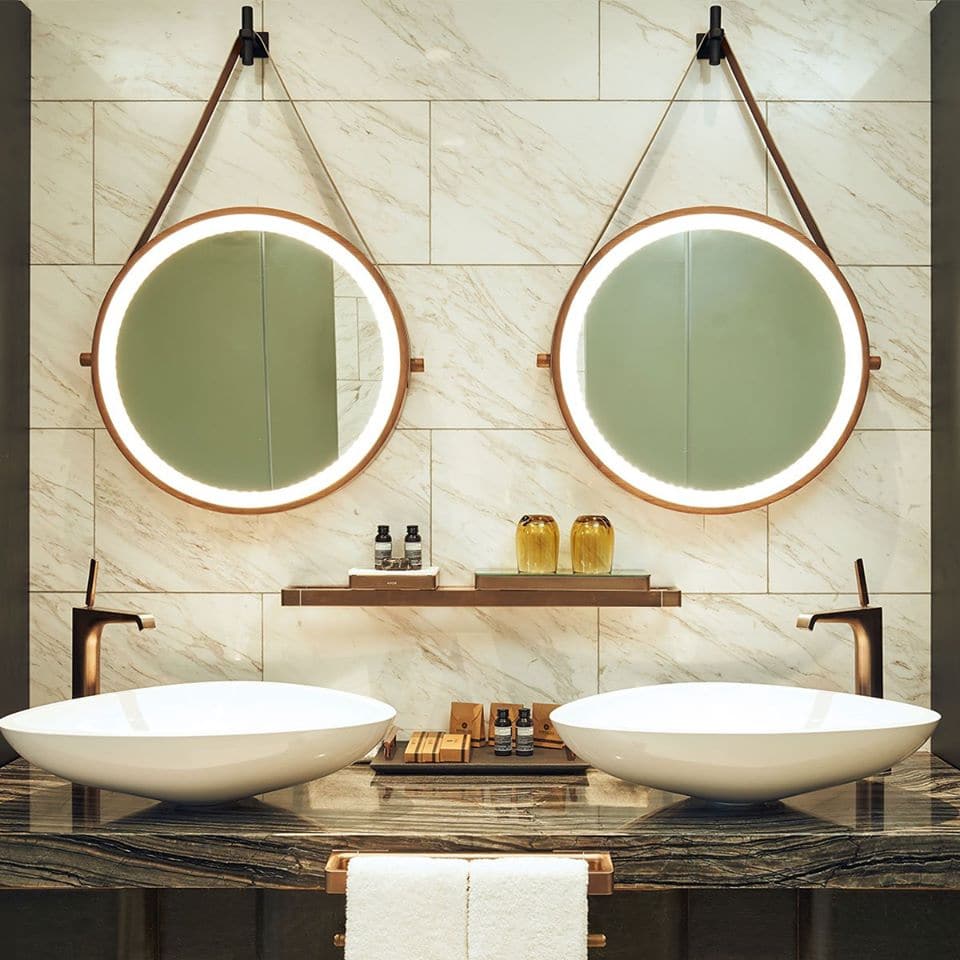 The stone-grey bathtub in the middle of the bathroom looks so cozy to curl up in, we won’t blame you if you never want to leave your hotel room. 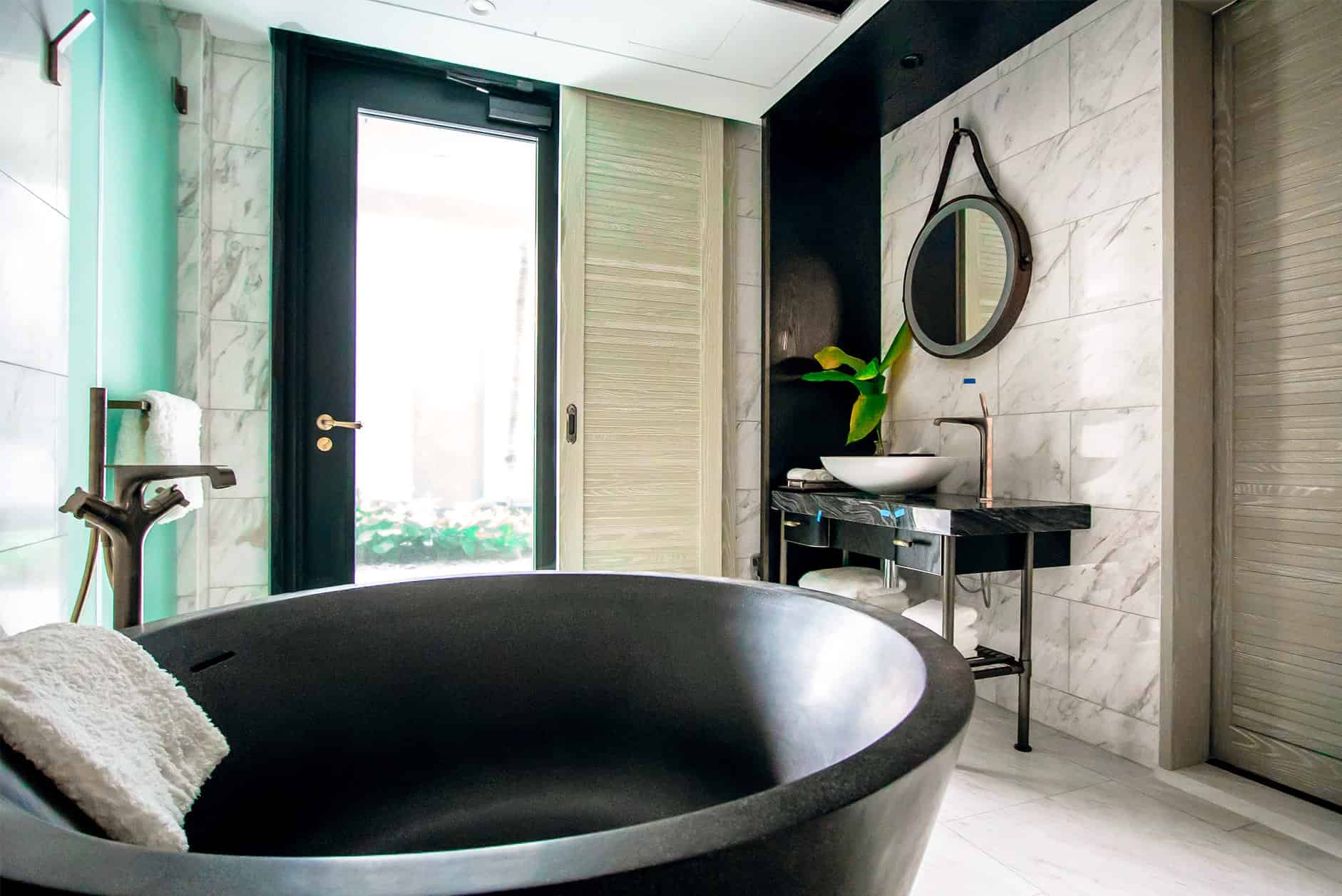 All the makings of an idyllic escape

The luxurious amenities which also include a family-friendly pool deck, a private lounge and a 24-hour gym make The Barracks Hotel Sentosa the perfect end-of-year holiday destination. 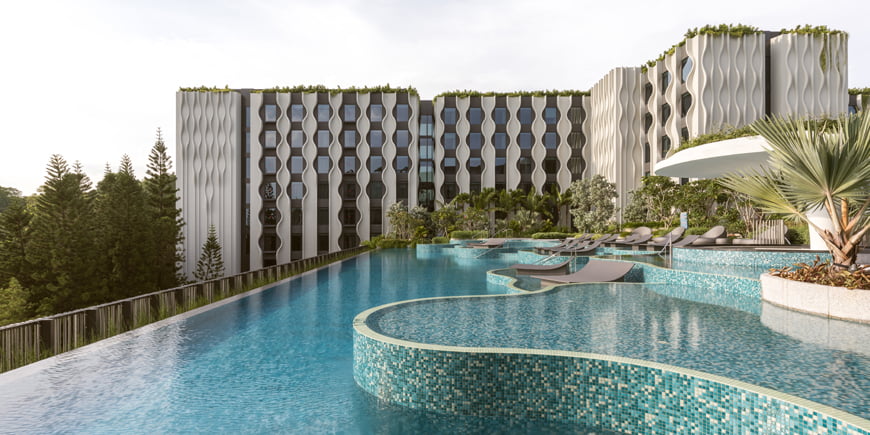 Nightly room rates start from $500, though the hotel offers special deals in line with its official opening.

Book via their website from now till 29 Feb 2020 and you can enjoy up to 20% discounts along with the following perks:

So if you’re too lazy to travel far and have yet to come up with a holiday itinerary, why not be among the first to check this hotel out?