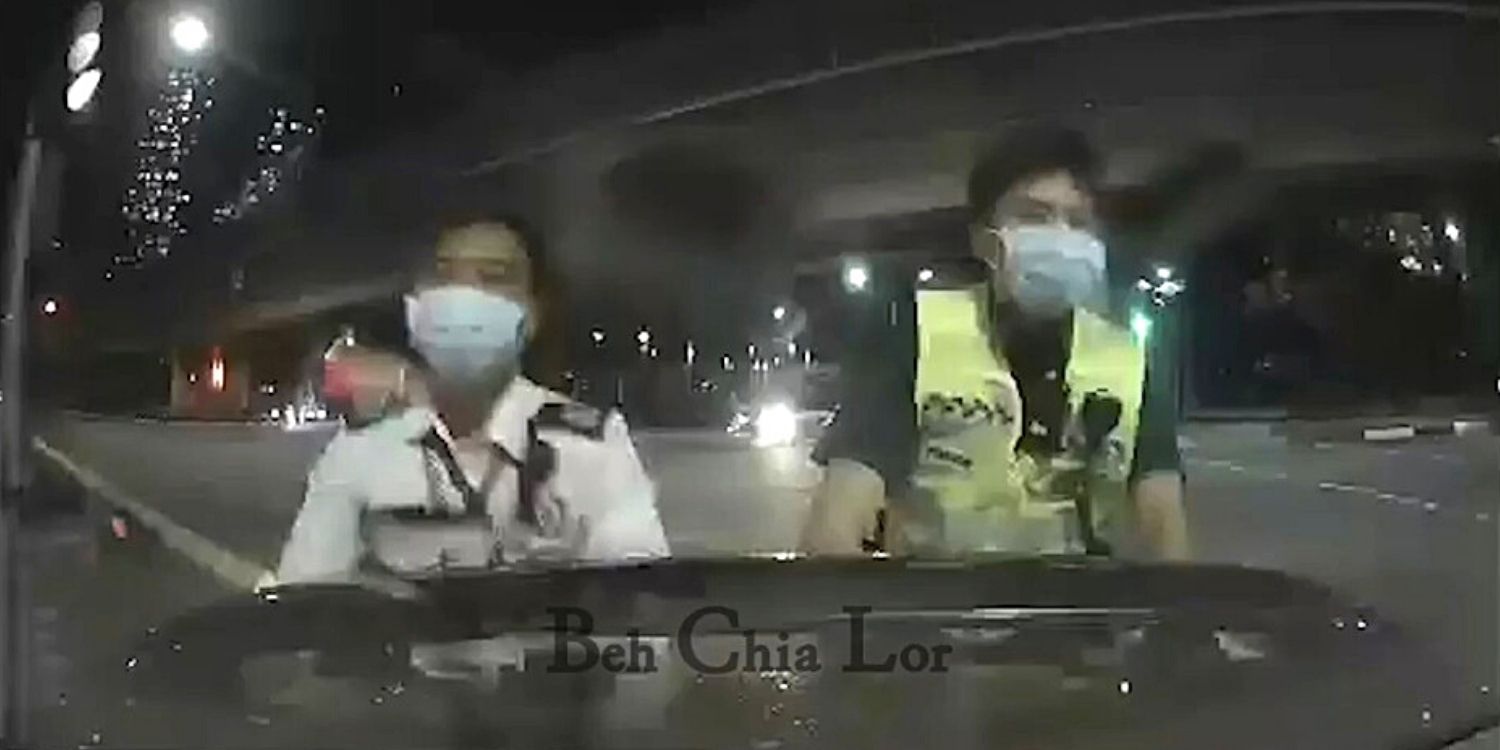 TP Officers Push Car After It Breaks Down At A Junction

There are many nightmare situations drivers can imagine on the road, and having your car break down at a busy junction is probably one of them.

An unlucky driver experienced that recently after his car gave up on him in the middle of a big cross junction. 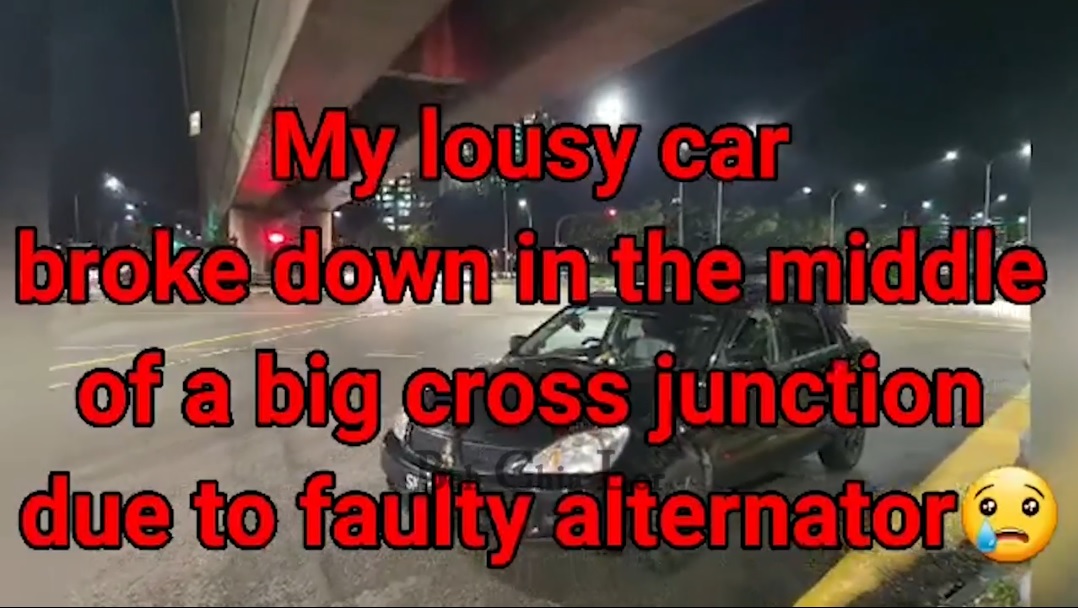 As he desperately tried to jump-start the car, Traffic Police (TP) officers pulled up behind him, causing him to feel a little anxious.

However, he later learned that he had nothing to worry about as they graciously offered to help. Pushing the car a rather significant distance, the driver’s dashcam captured the entire incident, which he decided to share on Facebook.

Car breaks down due to faulty alternator

On Saturday (26 Jun), a video on the Beh Chia Lor – Singapore Road Facebook page showing 2 TP officers pushing a car to safety after it broke down gained much traction. 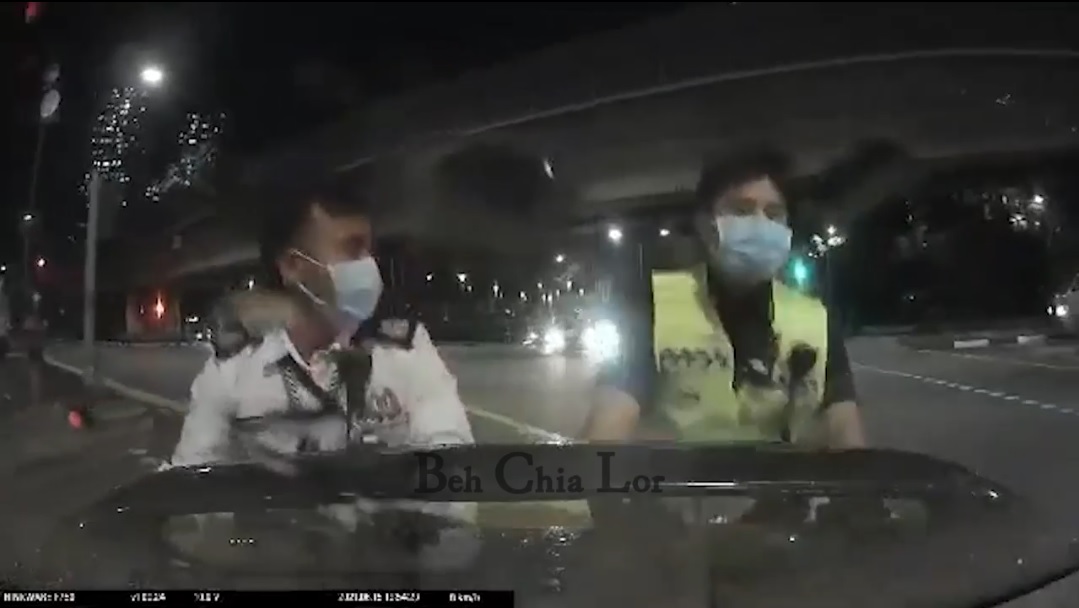 The video, which the driver seemed to have put together, noted that the incident happened on 15 Jun.

After his car broke down suddenly, the driver said that he tried starting his car using a portable jump start cable, but to no avail. He then resorted to calling for a tow truck. 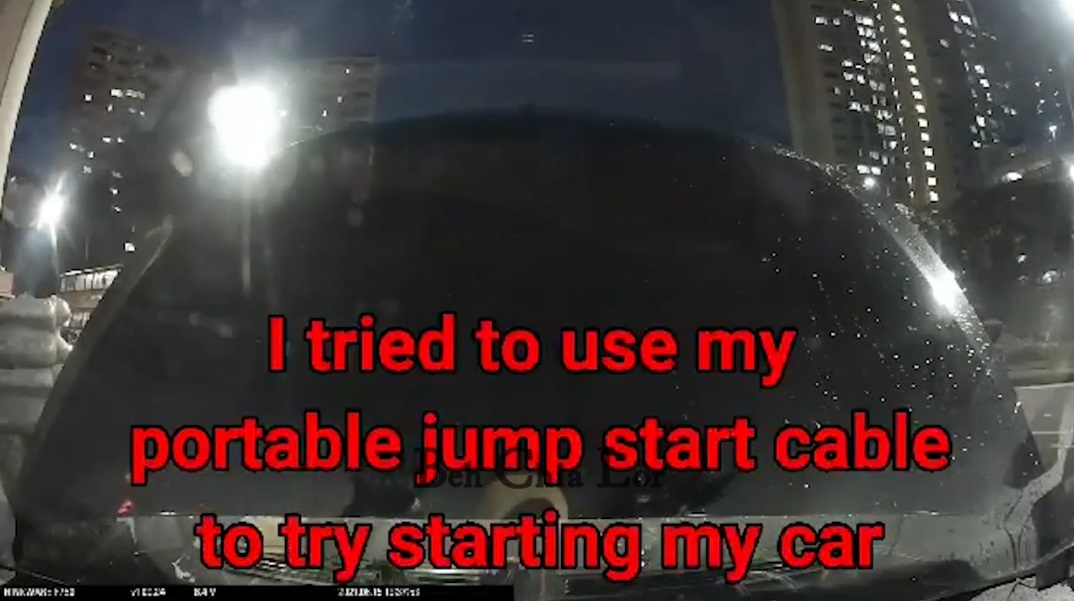 All this time, he was vaguely aware of a traffic police car that had stopped on the opposite side of the road, with its occupants likely observing him. 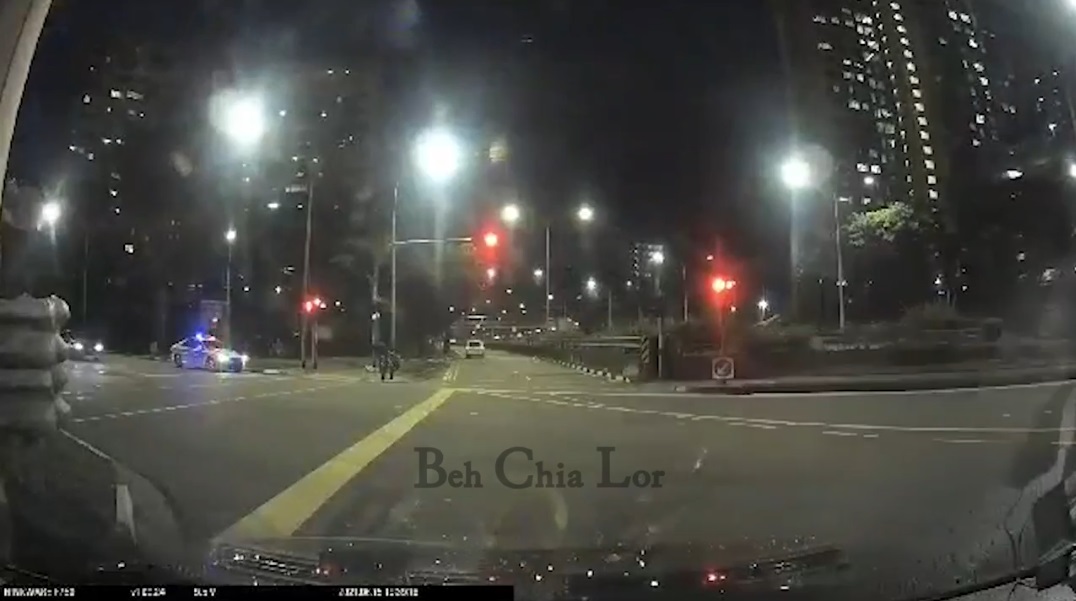 Feeling nervous as the police lights were flashing, the driver became pleasantly surprised when 2 officers came running towards him, offering to help push his car to safety.

TP officers & passers-by come together to push car to safety

In the video, the 2 TP officers can be seen pushing the car amidst ongoing traffic.

After making some calculations of his own, the driver stated in the video that they must have pushed his car for about 200m. He also pointed out the impressive feat, considering that the officers had their masks on.

While the officers were pushing the car, another driver pulled up close behind and exited his own vehicle to help. 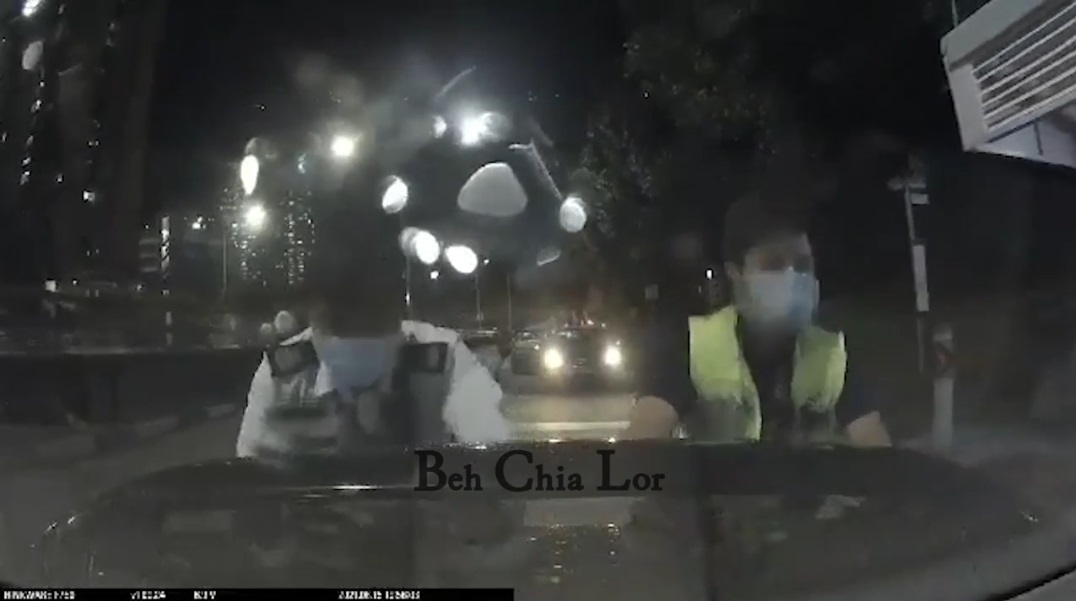 In the video, you can hear him persuading a passer-by who was sitting at the nearby bus stop to help push the car. The passer-by obliged readily and joined in.

As they continued pushing, the TP officers stayed true to their job and also helped control the flow of traffic.

They finally managed to push the car safely into a car park before the video ends with a thank you message for the officers and helpful members of the public.

You can watch the whole video here.

Kudos to the TP officers

Kudos to the TP officers for going above and beyond their call of duty to help the distressed driver.

It’s also heartening to see the members of the public readily extend a helping hand with little to no convincing. The kampung spirit is truly alive and kicking.