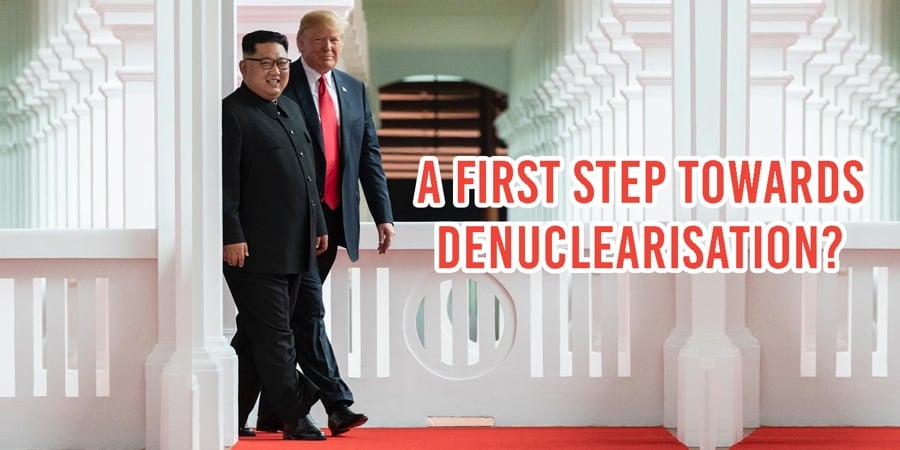 President Trump is known for his fiery rhetoric and not sticking to the script.

But he presented a vastly different side as he fronted a media conference on Tuesday (12 Jun), post-meeting with Chairman Kim Jong Un of North Korea.

Thanking Singapore for her hospitality, he spoke of his hope for a united Korea in a surprisingly cordial tone.

Quipping that “peace is worth the effort”, and affirming that Kim agreed to completely de-nuking the Korean Peninsula, his landmark speech solidified cooling tensions between both nations.

Here’s the conference in full, we summarise it after the jump.

Mr Trump took the stage after a fiery montage of missiles and wartime footage, which he said was sent to Mr Kim prior to their meeting.

He began by giving a shoutout to Singapore, thanking us for being “incredible hosts”.

Calling Singapore a place of “profound grace and beauty”, while crediting his experience to “every citizen of Singapore”, who made this meeting so pleasant at such short notice.

He also thanked President Moon Jae-In of South Korea, as well as Japan Prime Minister Shinzo Abe, whom he called a friend of his, for pitching in to help.

“Yesterday’s conflict does not have to be tomorrow’s war”

Called Mr Kim “a terrific person” and a “friend of mine”, Mr Trump thanked him for taking the “first bold step for his people”.

Drawing attention to the historic nature of their meeting, he commented that it was,

Honest, direct and productive. We got to know each other well in a short period of time. We’re prepared to start a new history and to write a new chapter.

The president touched on the “bloody conflict” which has ravaged both Koreas for 73 years, since it was divided in 1945.

Expressing hope that the war which never ceased, will soon end.

Hoping to replace the “horrors of war with the blessings of peace”, he was optimistic as to what North Korea can achieve in the future.

Chairman Kim would, according to Trump, also be remembered as the leader who ushered in an era of peace and security.

With North Korea expected to come out of her shell and engage with the rest of the world, after the signing of the document.

Most importantly, President Trump also confirmed that Chairman Kim was committed to the complete denuclearisation of the Korean Peninsula.

In addition, Chairman Kim reportedly agreed to destroy “a major nuclear test site”, after they signed the symbolic agreement.

Peace is worth the effort 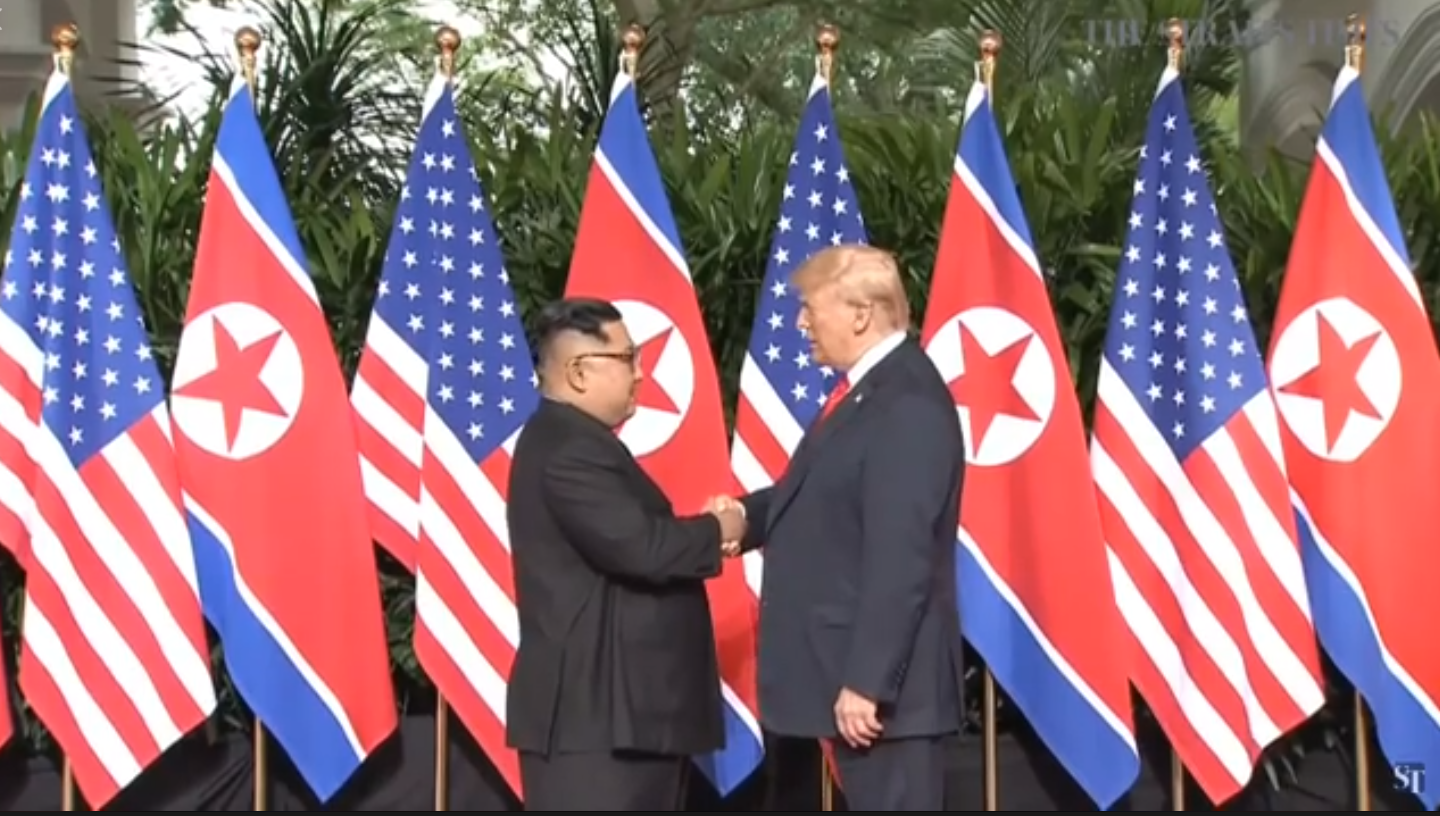 In a manner that was far more eloquent than we’re used to, Mr Trump quipped,

Peace is always worth the effort. Anyone can make war, but only the most courageous can make peace.

Of the Korean people, he had only this to say,

They are talented, industrious and gifted. They share the same destiny.

Despite the naysayers, who thought this dialogue would never take place. He opined that it was still a very great moment for the history of the world. 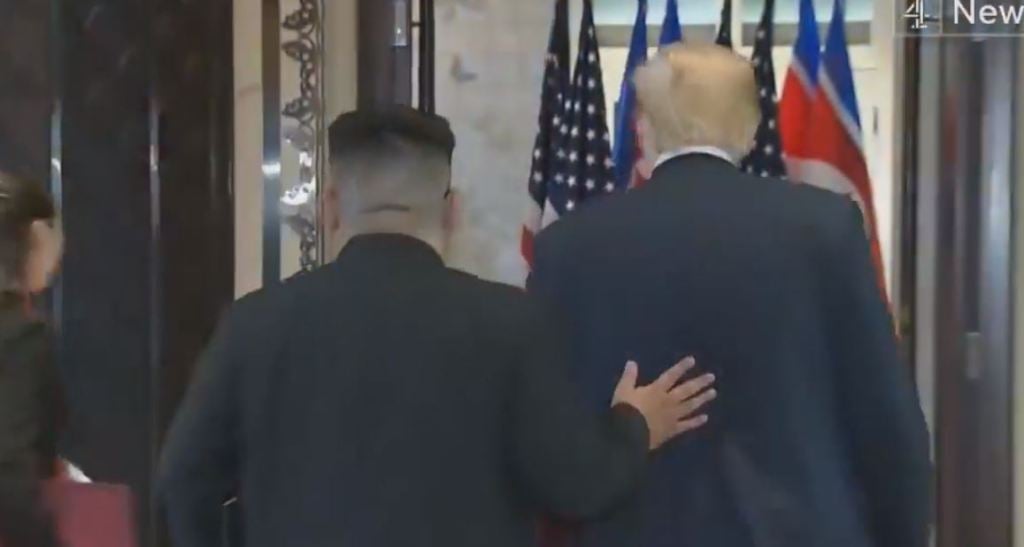 Reiterating his trust in Kim, who would begin the denuclearisation process, once he reached home.

One united Korea is closer than ever

Like everyone around the world, we dream of the day Korean families can be reunited without the horrors of war.

Without the threat of nuclear weapons or unstable regimes.

Thanks to everyone’s efforts, somehow a future where both Koreas are united is right within our reach.

Well, at least, it’s nearer than it’s ever been before.