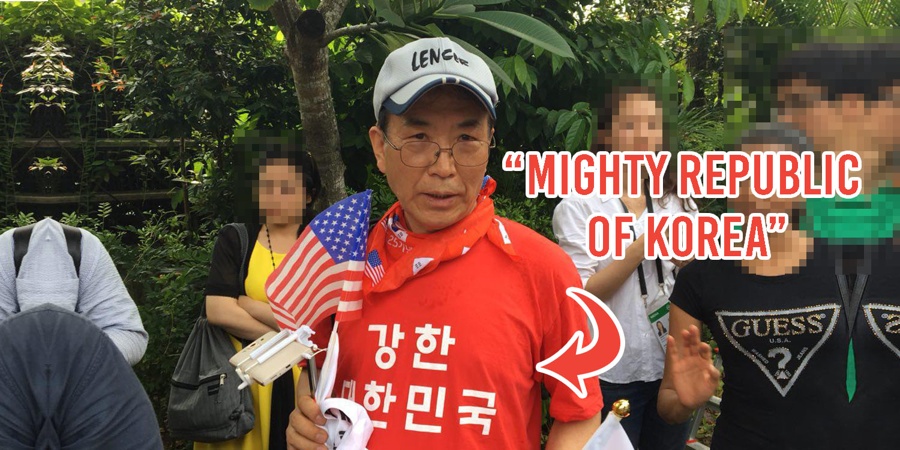 We may not know his name, but he has a compelling story to share. 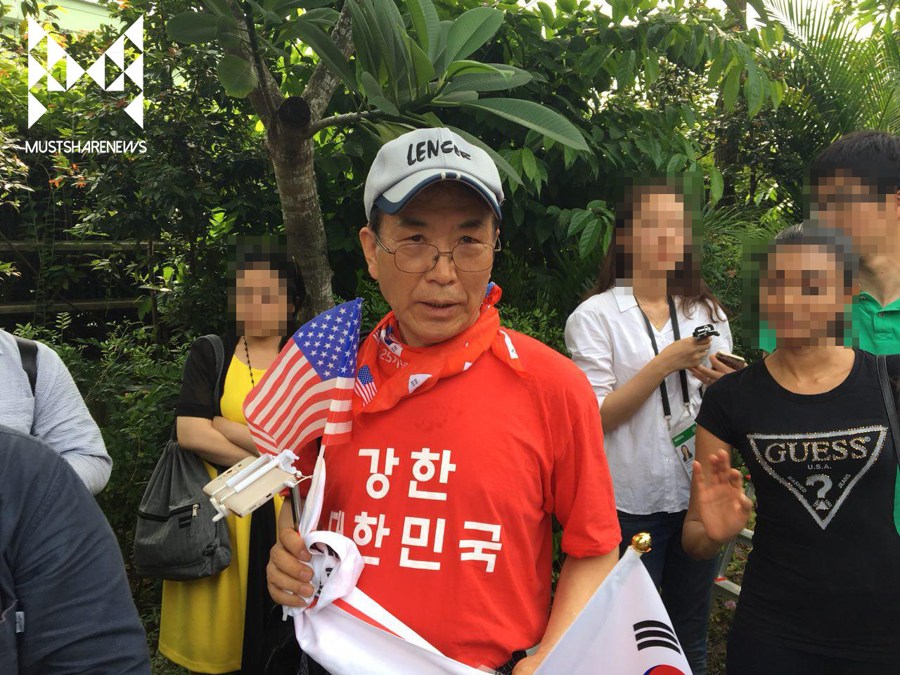 A Korean protester made a heartfelt plea outside Capella hotel – the location of President Trump and Kim Jong Un’s first in-person meeting. 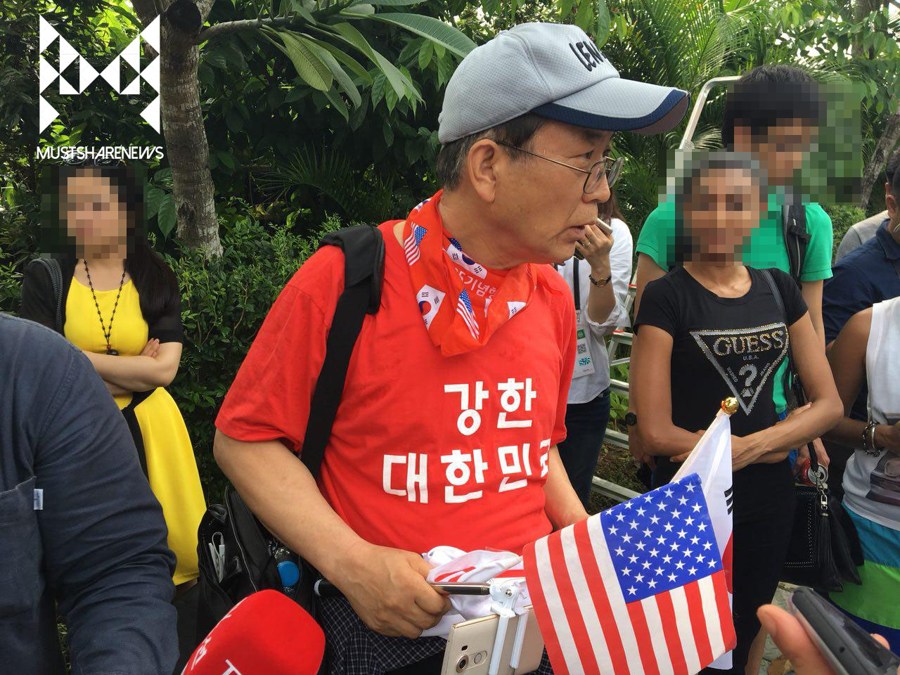 Check out footage of the peaceful – but short – protest here. We talk about it in detail after the jump.

What’s the deal with this guy?

Clad in a shirt that says “Mighty Republic of Korea”, the protester explained that during Kim Jong Un and Moon Jae-In’s recent meeting, three Korean-Americans were released.

However, there was still no news of the six South Koreans who are presumably still in North Korea and wish to come home. 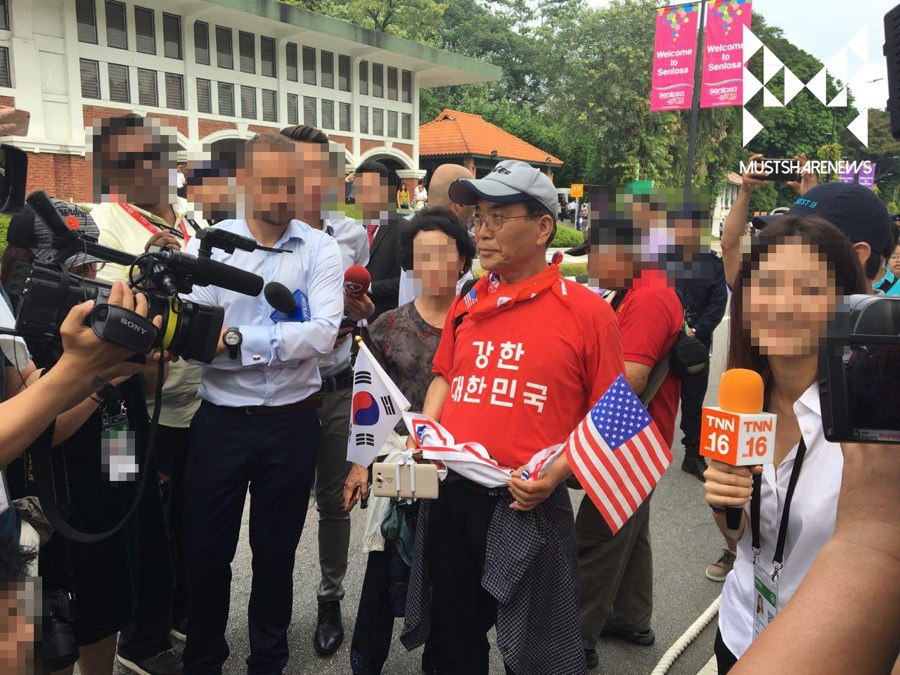 He wasn’t alone. In his group of compatriots from the same NGO, only one person could speak minimal English.

According to our on-ground correspondent, they pleaded in front of hordes of reporters for the six South Koreans to return home from North Korea.

Stressing that South Koreans are not bad people and they truly have no bad intentions.

They also repeatedly told the media in Korean that their families have been very distraught, reportedly “crying throughout the past four years”.

Boys in blue step in

Shortly after the protest went on for a while, our boys in blue quickly stepped in.

Turns out, the group did not appear to hold a valid media permit. This meant that they weren’t allowed to protest in front of the hotel.

They were told instead to proceed to Hong Lim Park, to carry out their peaceful demonstration.

A small step towards freedom

We’re unsure if this group’s efforts will actually pay off, as the summit is focused mainly on denuclearisation requests by America.

As most of us know, the Trump-Kim dialogue seeks to find a lasting solution to the conundrum — i.e. the split between the Korean peninsula, and not the return of of any “hostages” home.

However, we admire the bravado of these protesters; as they take small steps to ensure the much-needed freedom of their fellow citizens.

Next time though, we hope someone helps them apply for a valid permit. This is Singapore after all.