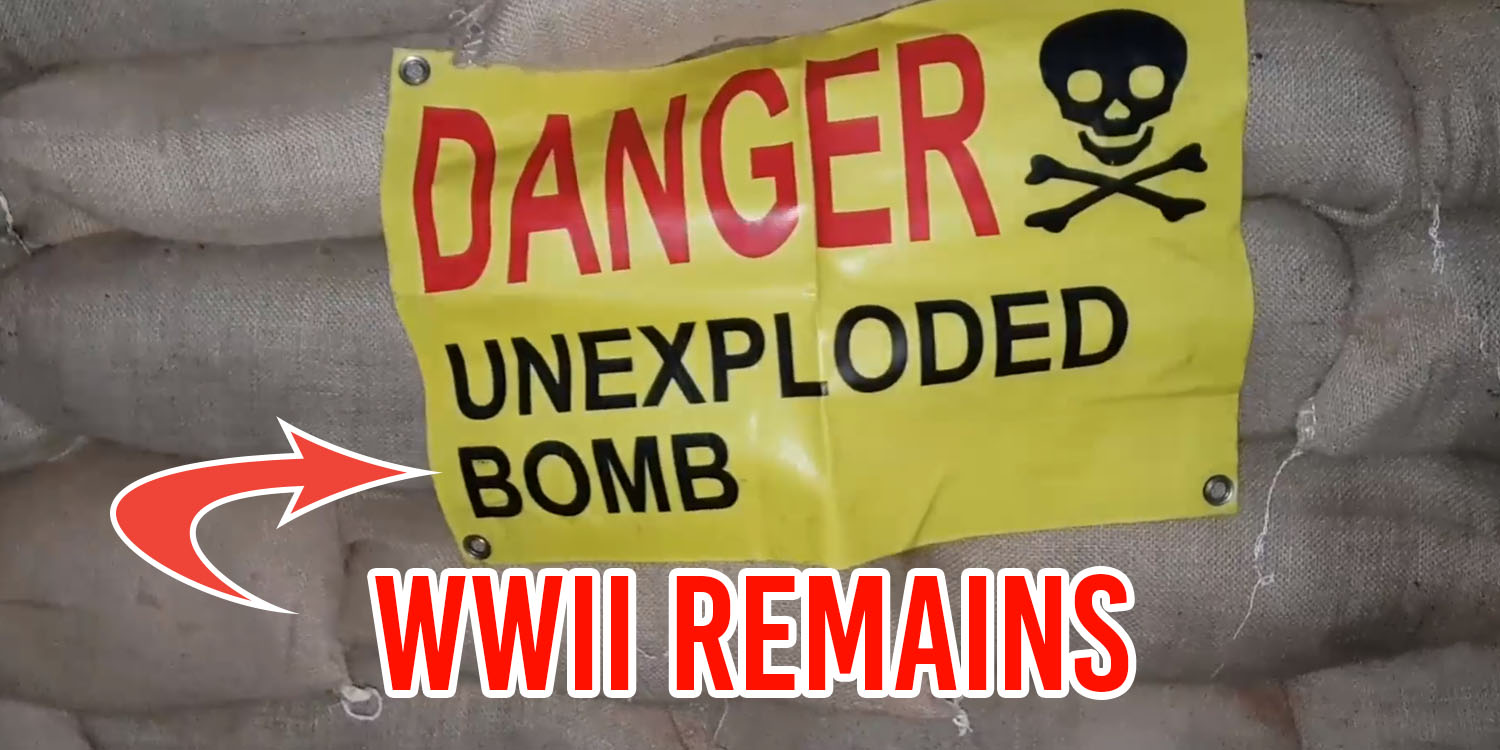 It was a nerve-wracking weekend.

A war relic was uncovered at a construction site in Woodlands Road on Sunday morning (29 Jul).

The unexploded ordnance was estimated to be a 15cm-high explosive projectile.

We pinpoint the war relic’s location on a map to see if there are any clues as to who planted it.

EOD team to the rescue

Upon receiving news about the discovery at 11am, the Singapore Armed Forces (SAF) Explosive Ordnance Disposal (EOD) team was activated immediately. 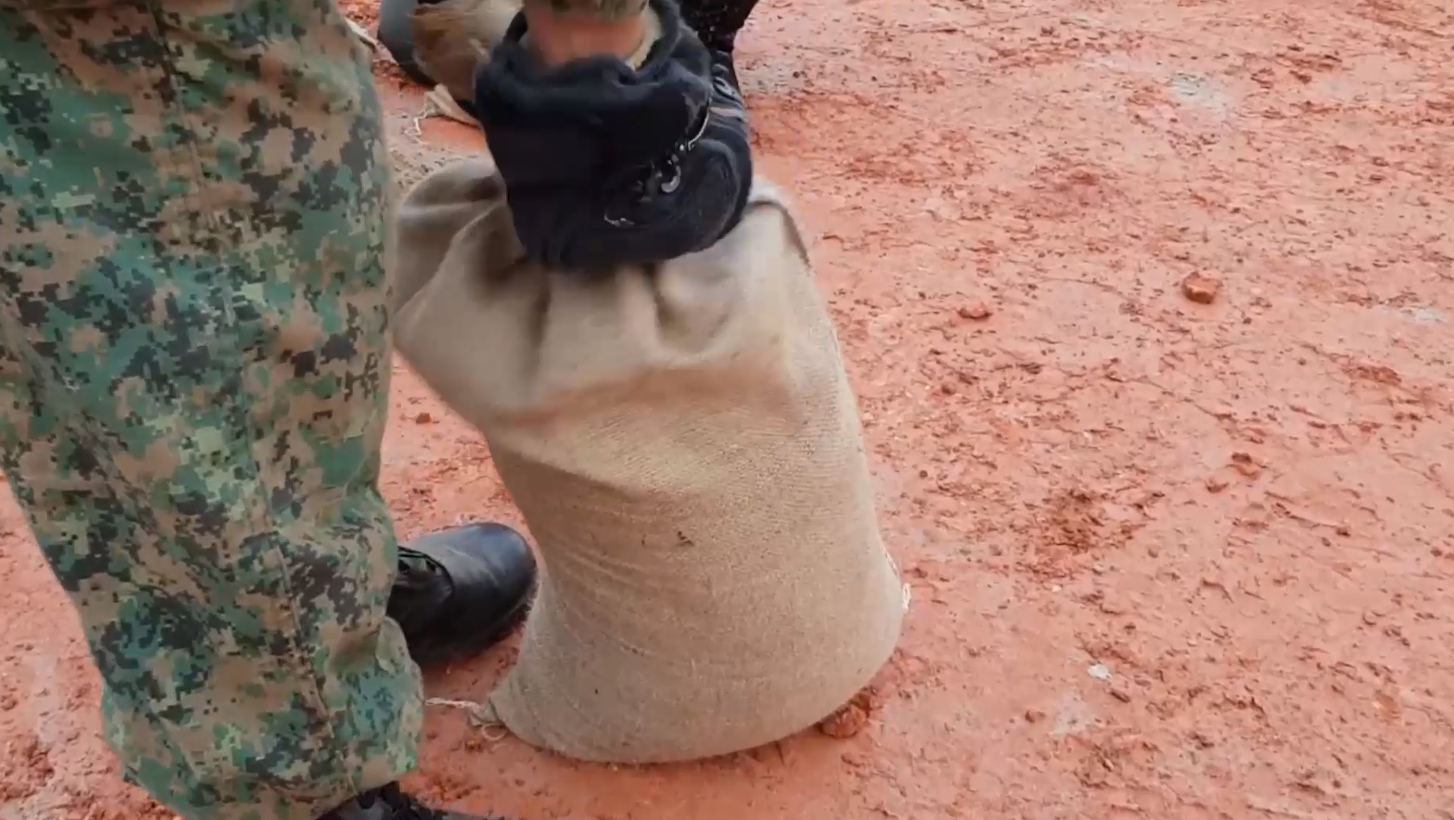 Netizens can get a glimpse of how the EOD team prep at the site before they detonate the projectile via SAF’s Facebook page. Roads between Mandai Quarry and Mandai Link were cordoned off for about an hour between 8pm to 9pm in both directions to facilitate the detonation.

Traffic Police officers were situated nearby to direct motorists, whereas the public was advised to avoid the area.

Here’s a side by side comparison of Singapore’s map during the World War 2 (WWII) and today. 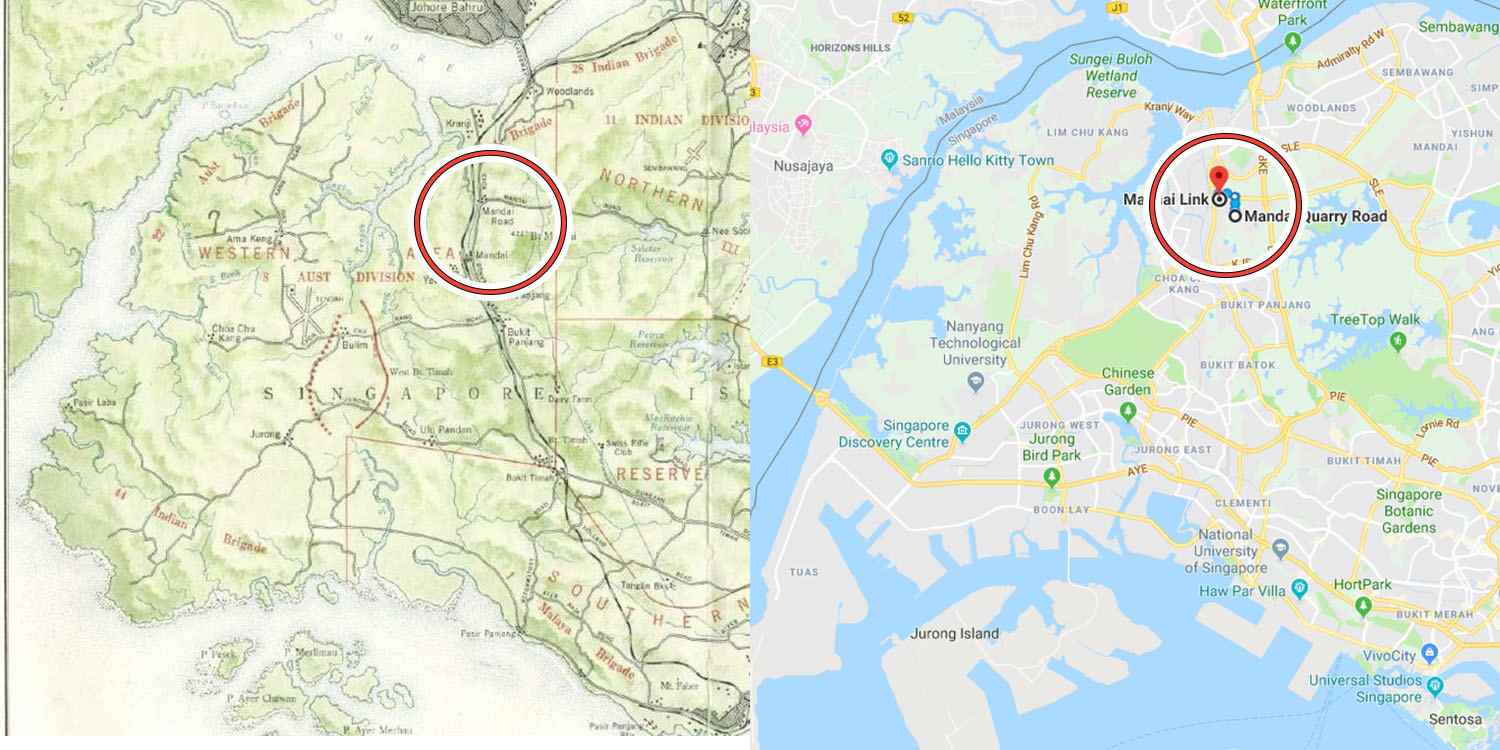 The location of the bomb could point towards it being planted by the British forces as they retreated from the Japanese during WWII.

As the bomb was found near the road indicated by the black line on the left map, which symbolises their supply route.

Other unexploded bomb relics in Singapore

A netizen also commented that many unexploded bombs were discovered in the vicinity of “Sembawang HDB town” — when land clearing was taking place in the 1980s.

Turns out, it is not just Sembawang.

Numerous war relics were found all across Singapore over the years, including Bukit Timah Nature Reserve, Jurong Island and Changi Coast.

Kudos to the quick-to-react EOD team

Fortunately, the projectile was safely disposed by the EOD team at approximately 9pm onsite.

All thanks to the SAF EOD team who worked around the clock for this!