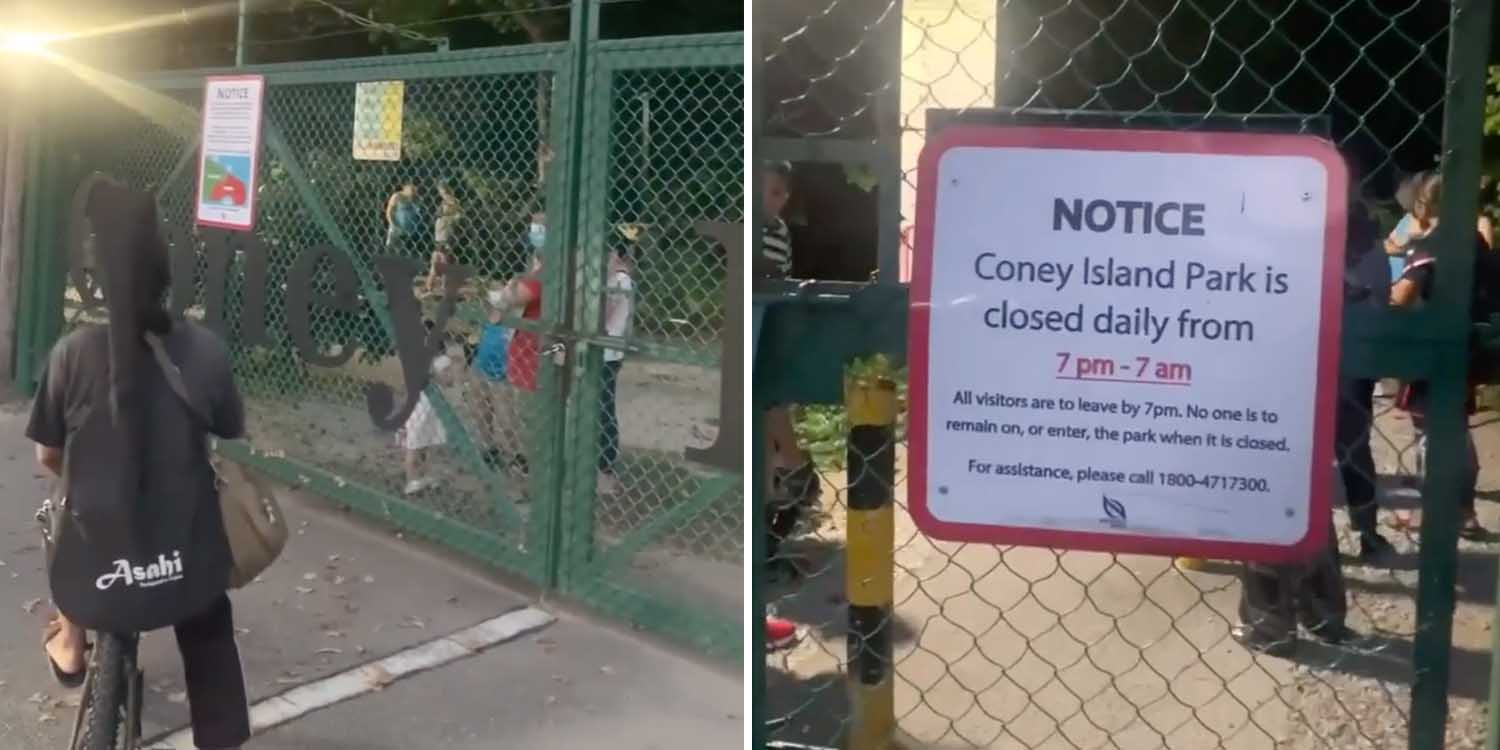 The park is closed from 7pm to 7am daily.

Coney Island is a popular spot for scenic walks and bike rides. But a lesser-known fact is that the gates are closed and locked at 7pm — the park’s closing time.

In a video originally shared on Sunday (23 Jan), a large group of visitors was seen stuck on Coney Island after the gates were shut in the evening. At least 12 visitors were apparently trapped behind the metal gates as a result.

Thankfully, park security arrived promptly within the hour and ‘freed’ the visitors.

On Sunday (23 Jan), a TikToker shared a video of visitors trapped on Coney Island after its closure. The video was later reposted on Facebook group ROADS.sg.

Around 12 people were seen standing behind the metal gates waiting to be freed, including a family with young children.

Aptly, and rather hilariously, Jackie Cheung (张学友) song ‘我等到花儿也谢了’, started playing in the background. The iconic lyrics ‘I’ve been waiting till the flowers have withered’, was heard blasting from a speaker.

The video later pans to a notice on the gate which informed visitors that Coney Island Park is closed from 7pm-7am daily. It also stated that all visitors are to leave by 7pm and that no one is allowed to remain in the park.

This is not the first incident of visitors being trapped behind locked gates at Coney Island.

Coney Island Gates Are Locked At 7PM, Plan Your Hikes Well Before Sunset

While they didn’t disclose the date of the incident, the NParks spokesperson said some visitors were unable to exit Coney Island Park after the gates closed at 7pm.

Within the hour, park security apparently arrived and opened the gates for them to exit.

Coney Island is rich in biodiversity, including some critically endangered flora and fauna.

Because of this, the park is not artificially lighted and is hence closed to the public from 7pm to 7am.

The closure also allows nocturnal wildlife to have a natural environment to thrive in.

NParks reiterated that it is not safe for visitors to explore the island after 7pm as they might get lost or “put themselves at risk”.

The agency reminds all public visitors to respect the opening hours of parks and to adhere to advisories stated on-site for their own safety.

Thankfully, this incident was nothing more than a minor inconvenience for the trapped visitors.

However, the dangers of being trapped in an unlit park after dark are ever-present.

So the next time you visit Coney Island Park, or any park in genearal, do remember to take note of their opening hours.