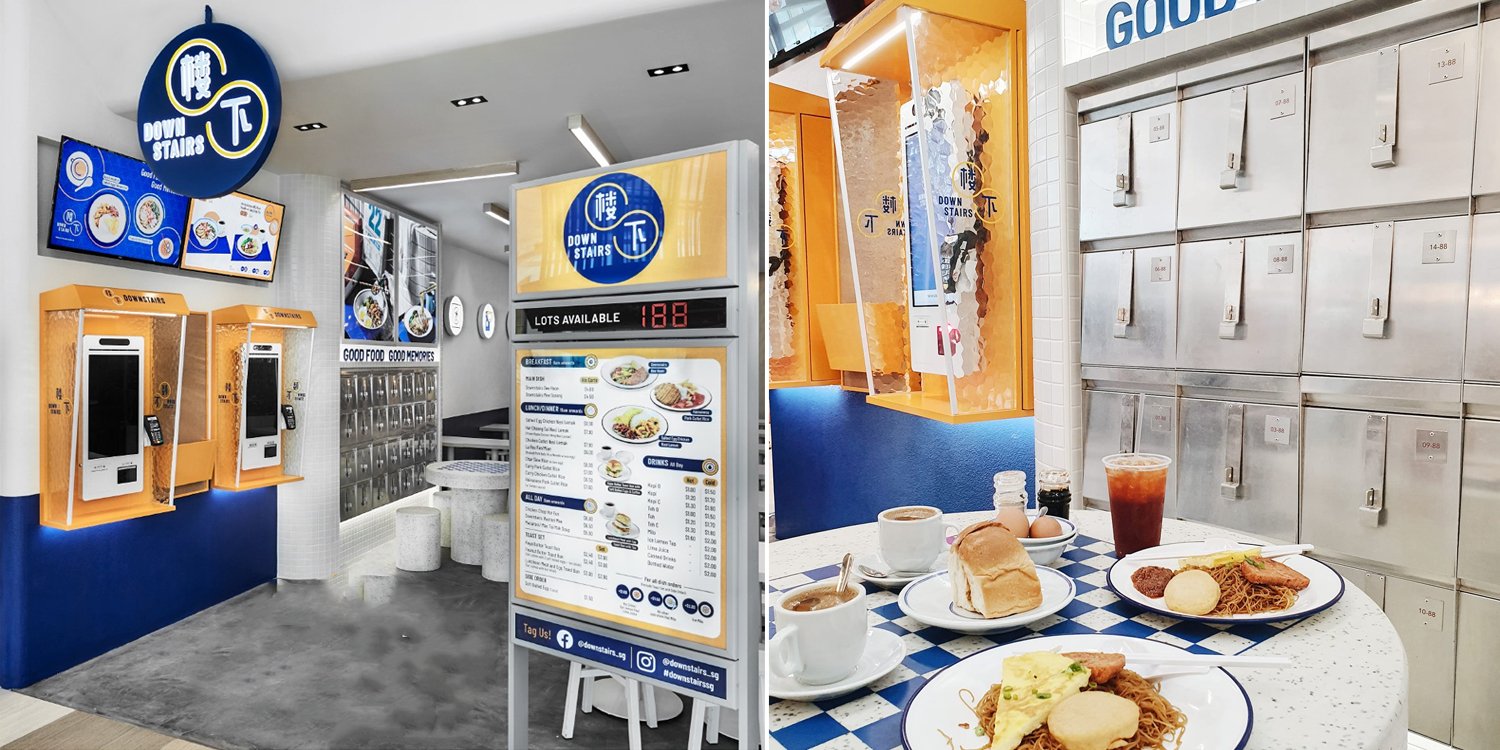 HDB void decks are ideal places for residents to lepak and catch up at, but hangout sessions are always better when it’s accompanied by food and drinks. 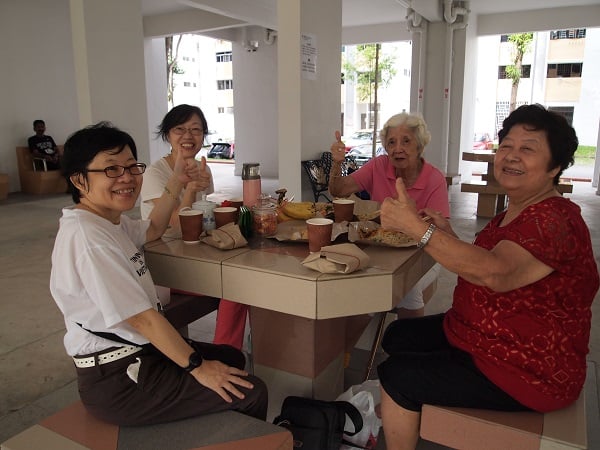 Perhaps inspired by such meetup sessions, the founders of Song Fa Bak Kut Teh recently opened a restaurant that embraces the concept of dining at HDB void decks. Aptly named Downstairs, the new eatery prides itself on its zhnged up dishes and their quirky void deck layout.

Aesthetics that transport you back to old HDB void decks

Located in Suntec City, one may get confused that they’ve found themselves beneath an HDB block the moment they step into the eatery. 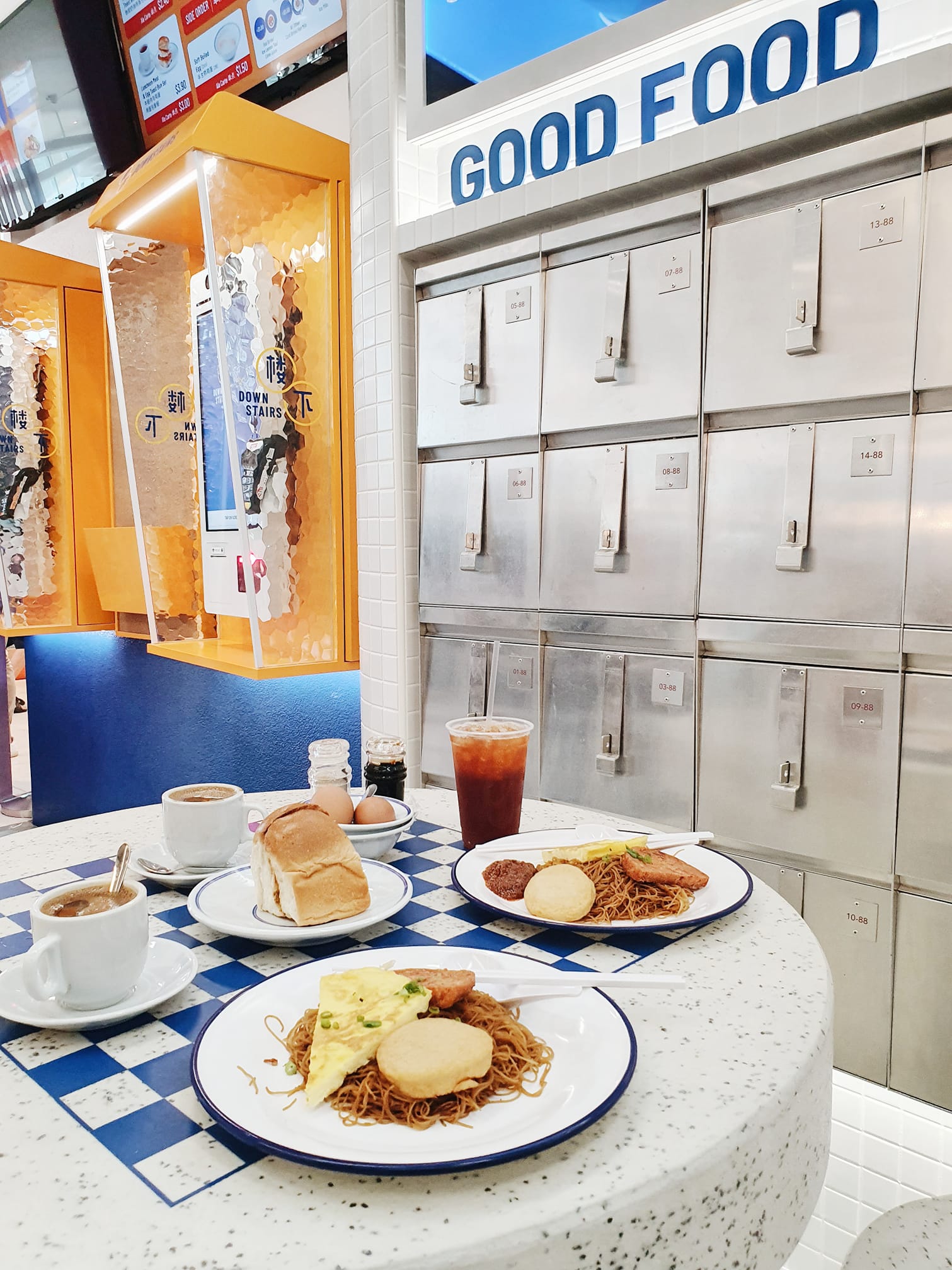 The amount of time and work invested in the concept eatery is evident, from nostalgic communal chess tables to the now-defunct phonebooths that work as electronic ordering screens.

The eatery also has a feature wall that is lined by rows upon rows of retro letterboxes.

There’s even an old-school Hopscotch court in the middle of the restaurant that you and your dining partner can have fun playing with while waiting for food to arrive. 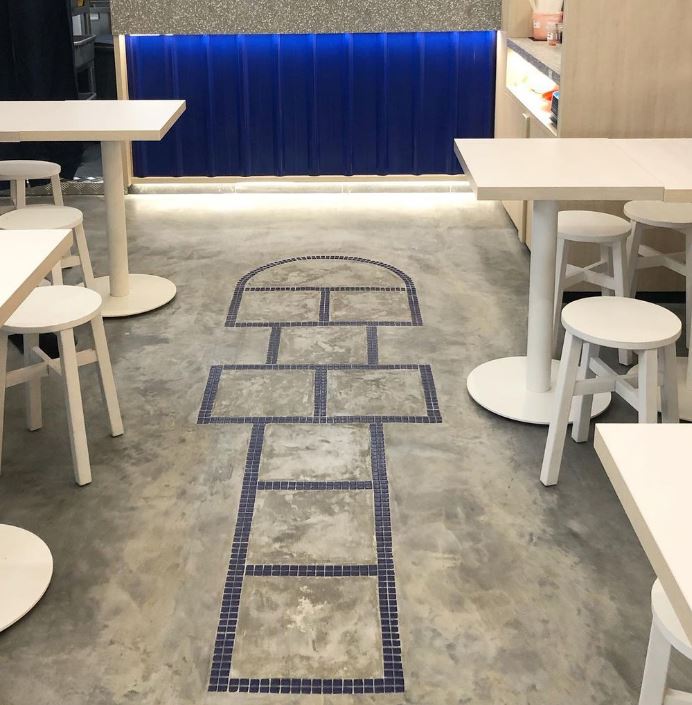 Downstairs eatery serves eggcellent zhnged up food on the menu

One would think that the eatery’s unique selling point would be its Instagram-worthy aesthetics, but their menu is something that shouldn’t be overlooked.

Gone are the days where you have to struggle between the choice of tze char or Malay cuisine. The salted egg chicken nasi lemak ($8.90) at Downstairs certainly incorporates the best that both cuisines have to offer. 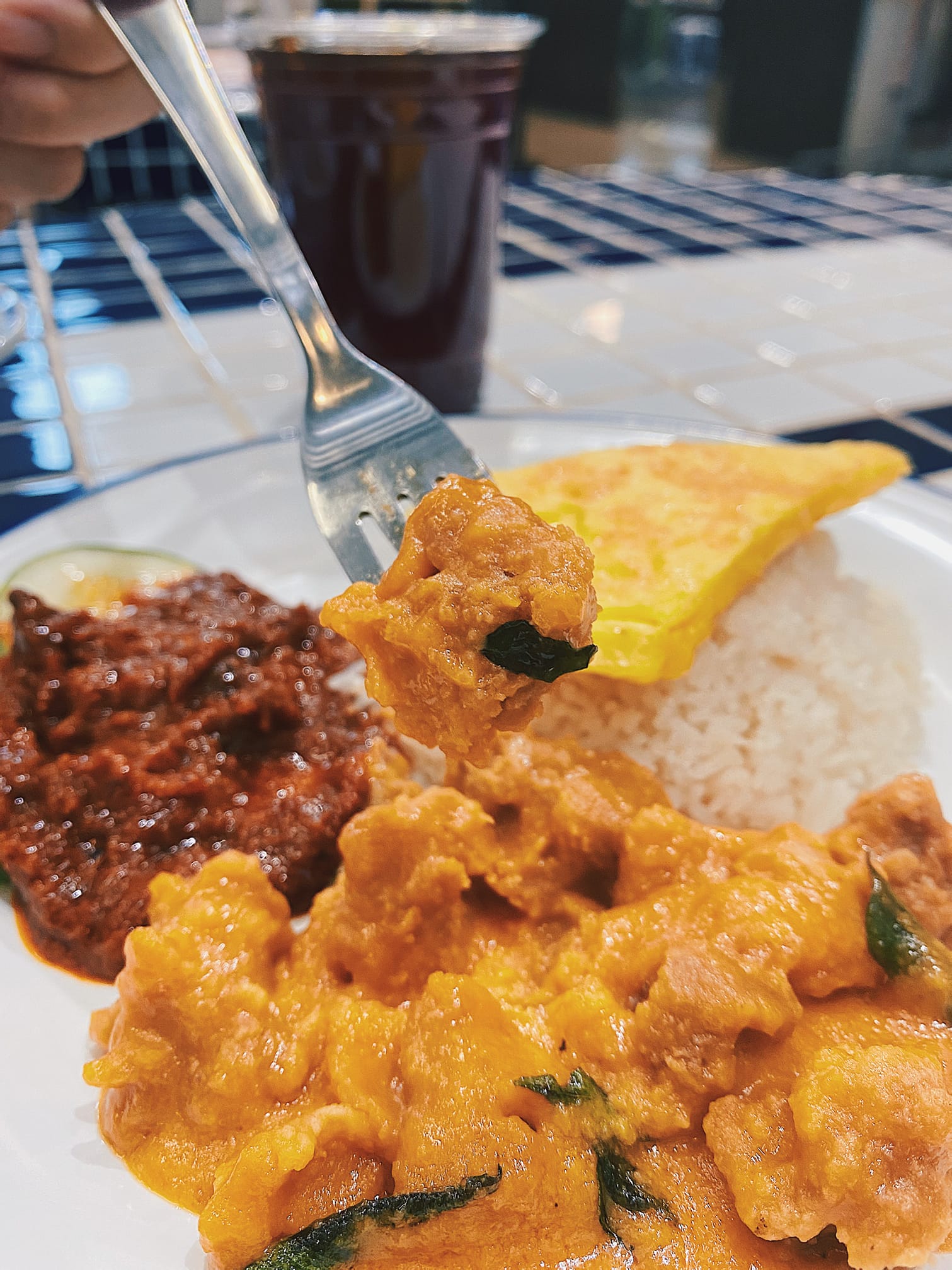 Missing Taiwan due to the Covid-19 travel restrictions? Lu rou fan, or braised pork rice ($6) as we know it, is available on the menu as well. 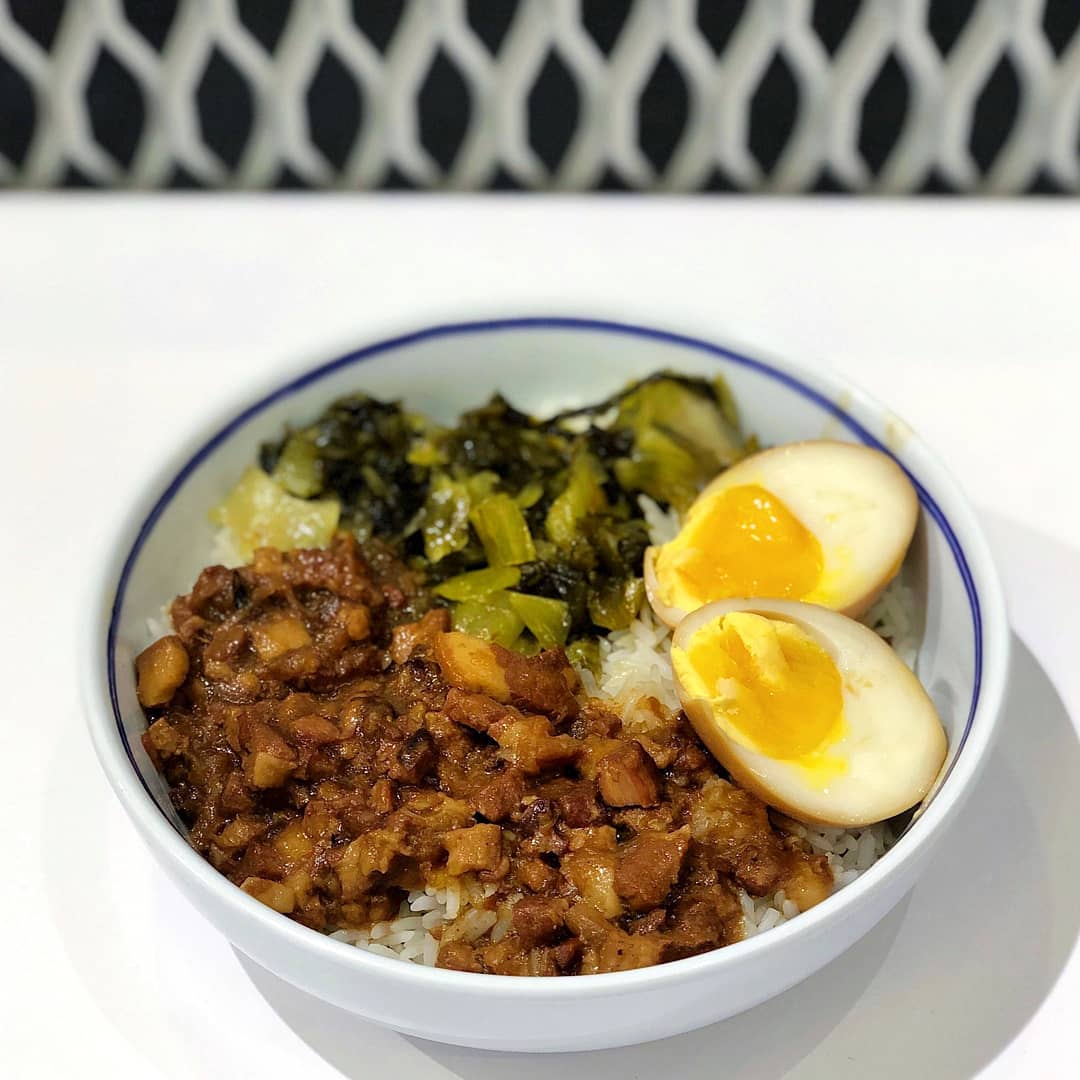 On rainy days like those we’ve seen of late, all we want is a piping bowl of mee tai mak ($5) to warm the soul. 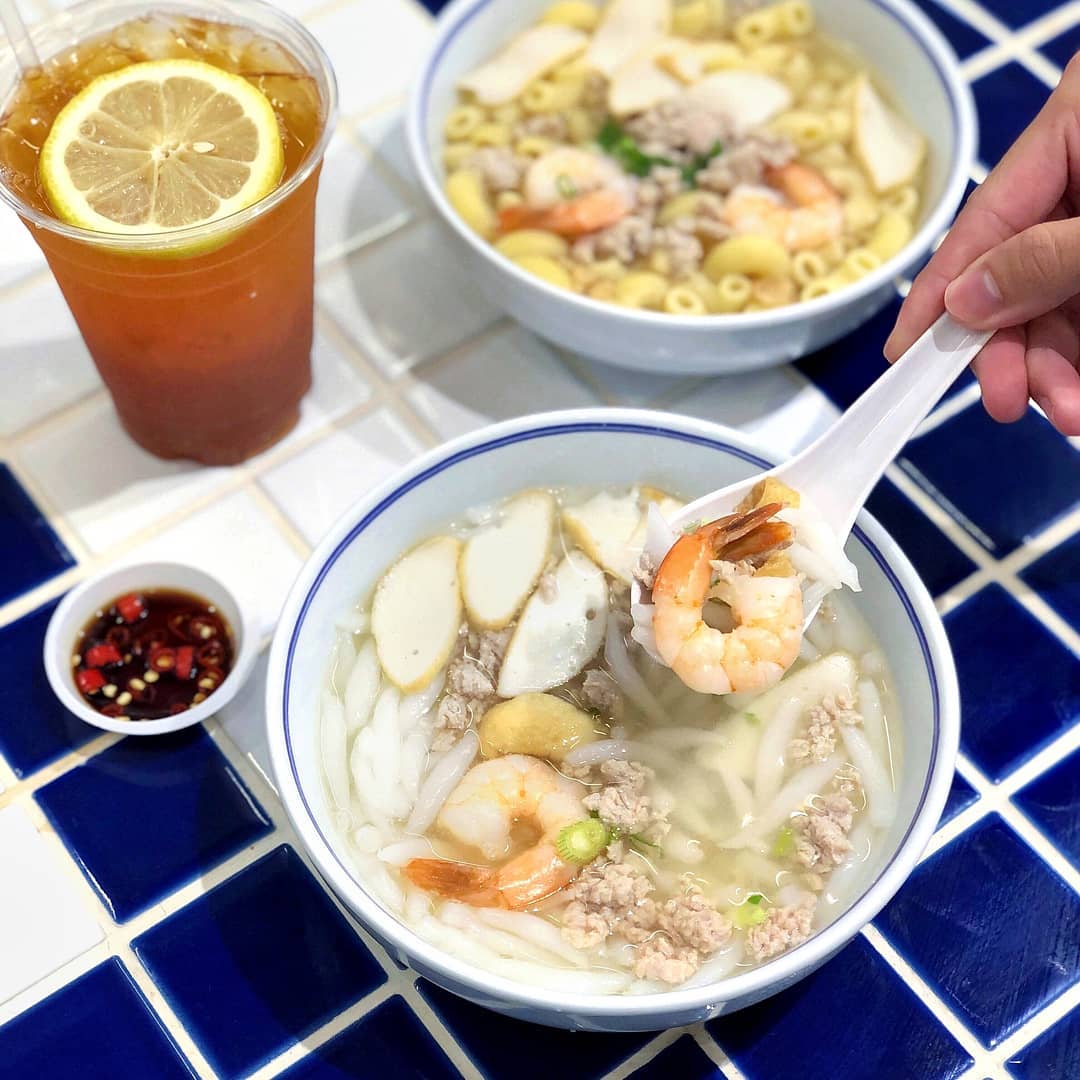 Thinking of paying Downstairs a visit? Here are the deets:

Eatery to bring you down memory lane

Downstairs is a must-visit for any local who wants to reminisce the day spent lepak-ing at HDB void decks.

Miss hanging out with your void-deck kakis? Jio them ‘downstairs’ to catch up while enjoying some hearty food and air-con to boot.