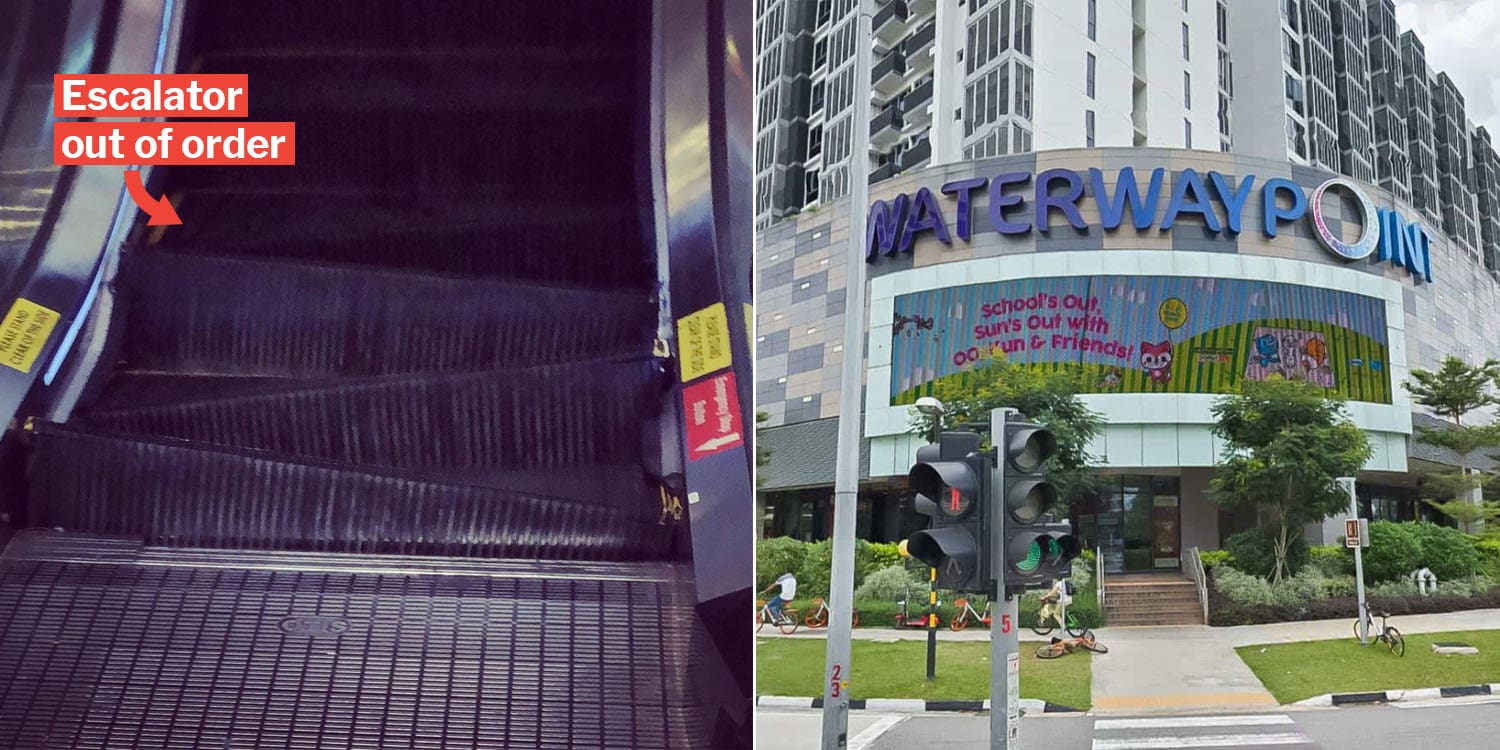 Sorry ma'am, escalator is out of order.

Imagine you’re out on a casual morning trip to the mall with your family when things go terribly wrong – like Final Destination level wrong.

A netizen experienced such a scare at Waterway Point yesterday (28 Sep) when an escalator at the mall suddenly malfunctioned. 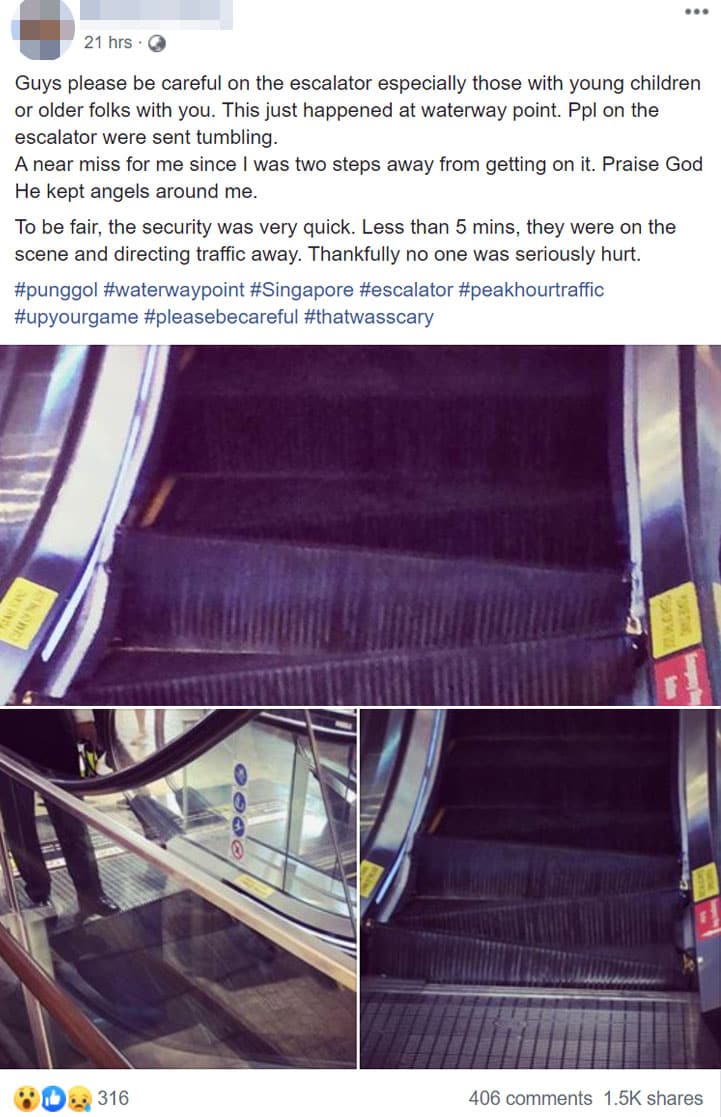 Lucky for her, she managed to evade the accident in time, as mall security stepped in quickly to manage the situation.

Facebook user Ms Chong was at Waterway Point on Saturday (28 Sep) morning when a commotion at an escalator she was approaching stopped her in her tracks.

Just two steps away from ascending it, what Ms Chong saw shocked her to her core. Like a scene out of a thriller, the escalator steps seemed to have collapsed over one another, in an eerily jagged formation.

Shoppers on the escalator were allegedly “sent tumbling” as the steps fell out of order, both literally and figuratively.

Fortunately, mall security reacted promptly, and were at the scene in less than 5 minutes.

They immediately stopped the escalator and directed people away from the scene. 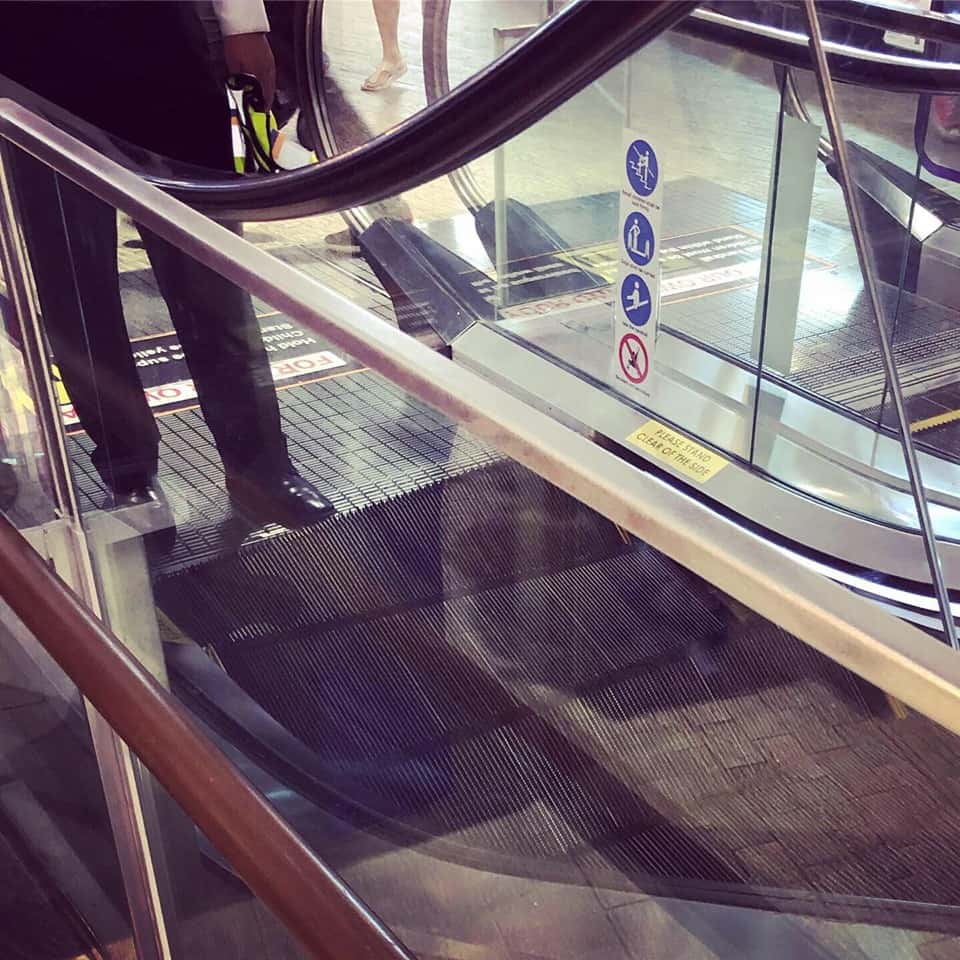 Ms Chong claimed that nobody was seriously hurt, and the fact that no further accidents occurred proved the mall security’s reliability.

Kudos to their quick thinking for keeping the situation under control.

Though appalling, the incident reminds us to always be wary regardless of where we are.

Most importantly, we should remember to look out for the vulnerable among us like young children and the elderly, who may not be able to look after themselves.

We’re glad that no serious accident happened at Waterway Point yesterday, and that security responded so quickly. Hopefully, no such incidents will occur again in the future.

Malls are places many of us frequent, so management should make safety checks a priority, to ensure visitors’ safety.