Wild Boar In S’pore Plops Over When Man Sayangs It, Goes Weak Upon His Touch 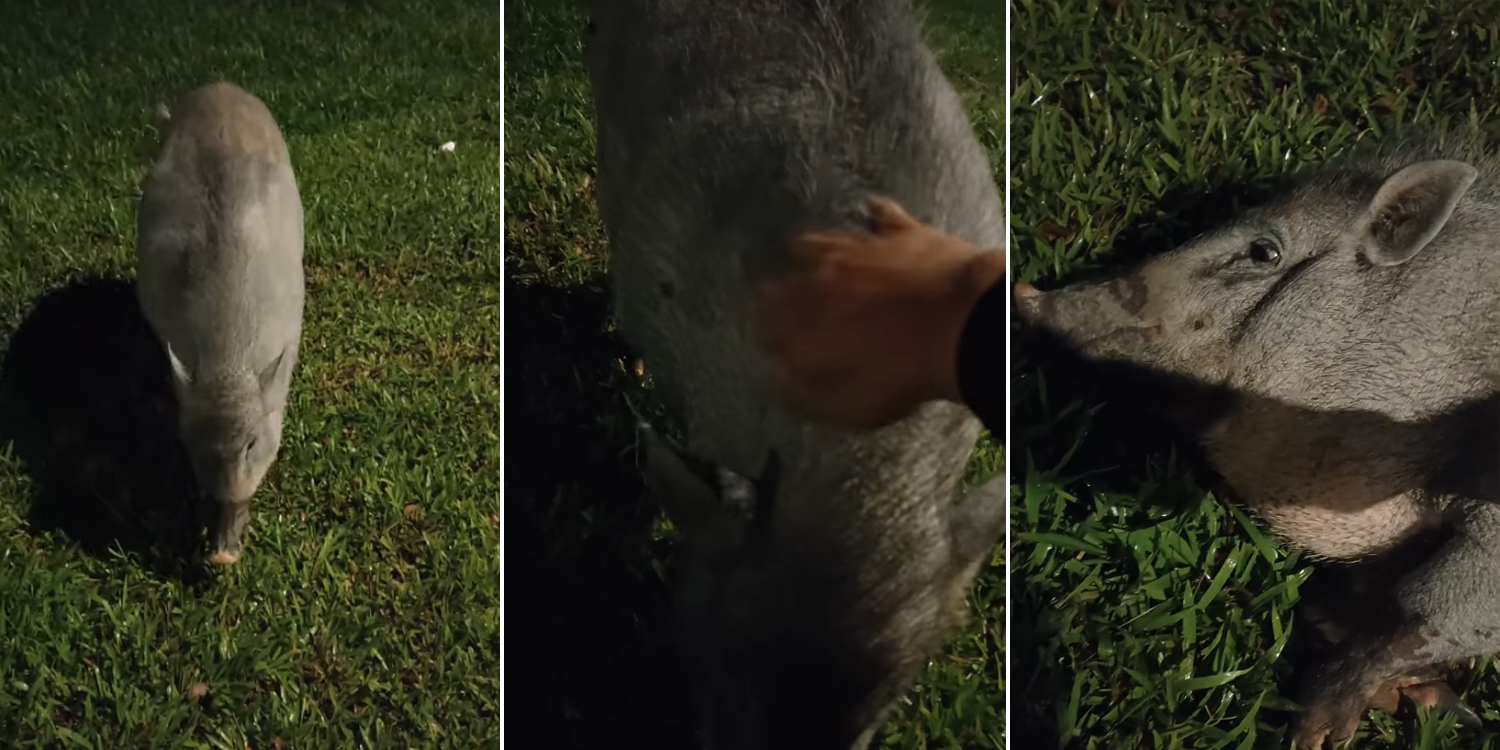 Wild Boar Wanders Around At Night, Lets Man Sayang It & Plops Over Upon His Touch

Wild boars have not had the best of reputations in Singapore, especially after the spate of incidents of late.

However, one netizen might beg to differ, as he claims to have met a “friendly” wild boar in Singapore who lets him sayang it.

Wild boar plops to the ground when man sayangs it

Posting in the Facebook group Singapore Wildlife Sightings on Thursday (25 Feb), Mr Tan says he spotted a friendly wild board while he was riding. 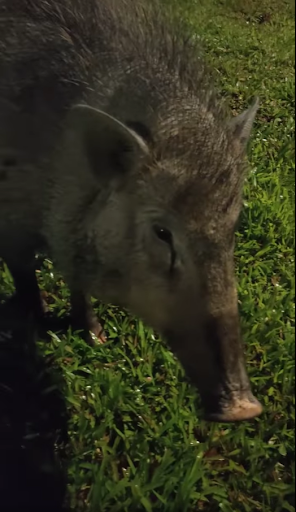 In the 40-second video, he was seen approached by a wild boar with a waggy tail at night. Mr Tan first lets it smell him, and proceeds to gently pet him. 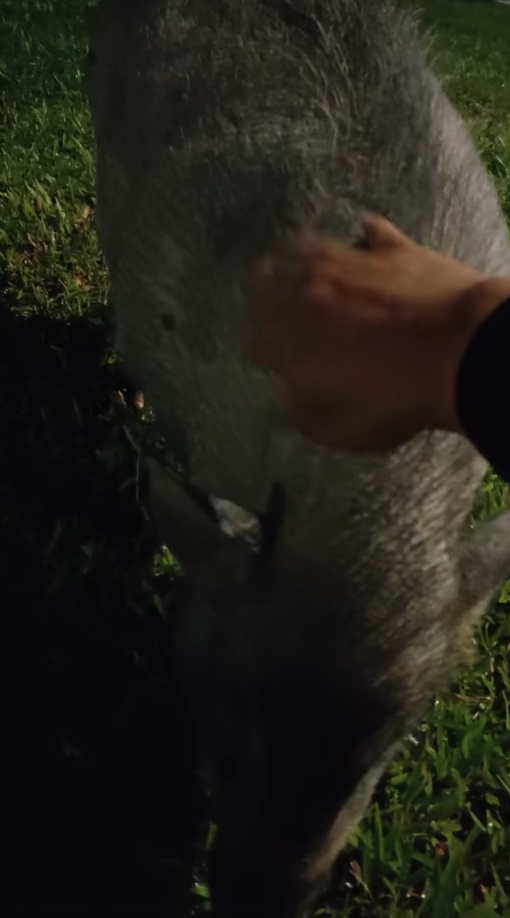 For some reason, the man decided to name the boar “David” and was heard repeating the name numerous times in the clip.

When asked if he’s tired and wants to sleep in Mandarin, the wild creature plops over and subsequently lies down as if it’s getting ready for bed.

Mr Tan then pets him and calls him a “good boy”. 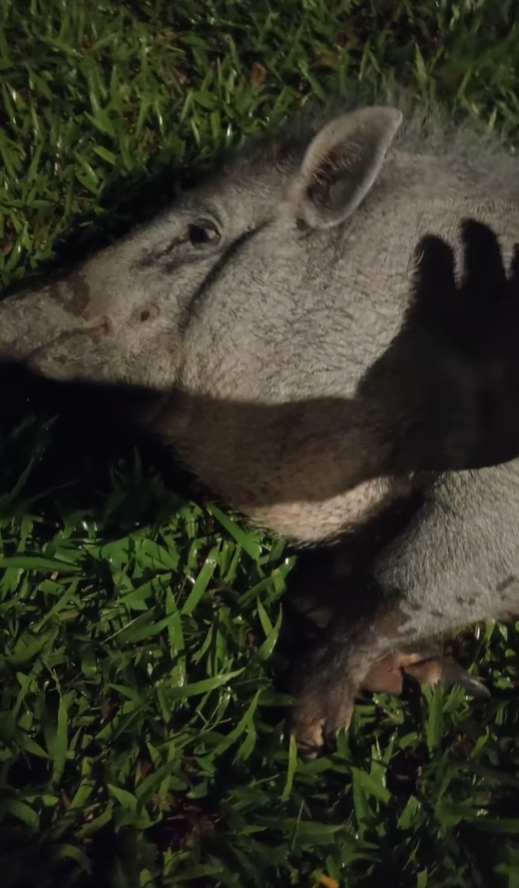 Man lived with many wild animals before

In the Facebook post, Mr Tan explains that he is half-Thai and had lived in a village in Thailand with many wild animals.

Therefore, he claims he is more used to coming into contact with wild animals.

Mr Tan also explained his reasons for calling the boar “David” — David is a friend of his whom he jokingly cued.

The video has since gone viral with many netizens marvelling at how well-behaved the wild boar seems to be around Mr Tan.

One netizen calls him a “boar whisperer” and jokingly attributes his taming abilities to the name “David”.

However, other netizens rightfully pointed out that one shouldn’t get too close to wild creatures as they can get provoked.

Mr Tan echoes the netizen’s sentiment by saying that the best strategy is to stay away from wild boars should one encounters them.

Indeed, that’s what NParks recommend we do should we encounter a wild boar.

Best to stay away during encounters

Admittedly, the ‘tame’ wild boar with a waggy tail almost reminds us of an adorable puppy.

But jokes aside, we hope Singaporeans would heed NPark’s advice and will keep a safe distance from wild boars, should they encounter them.