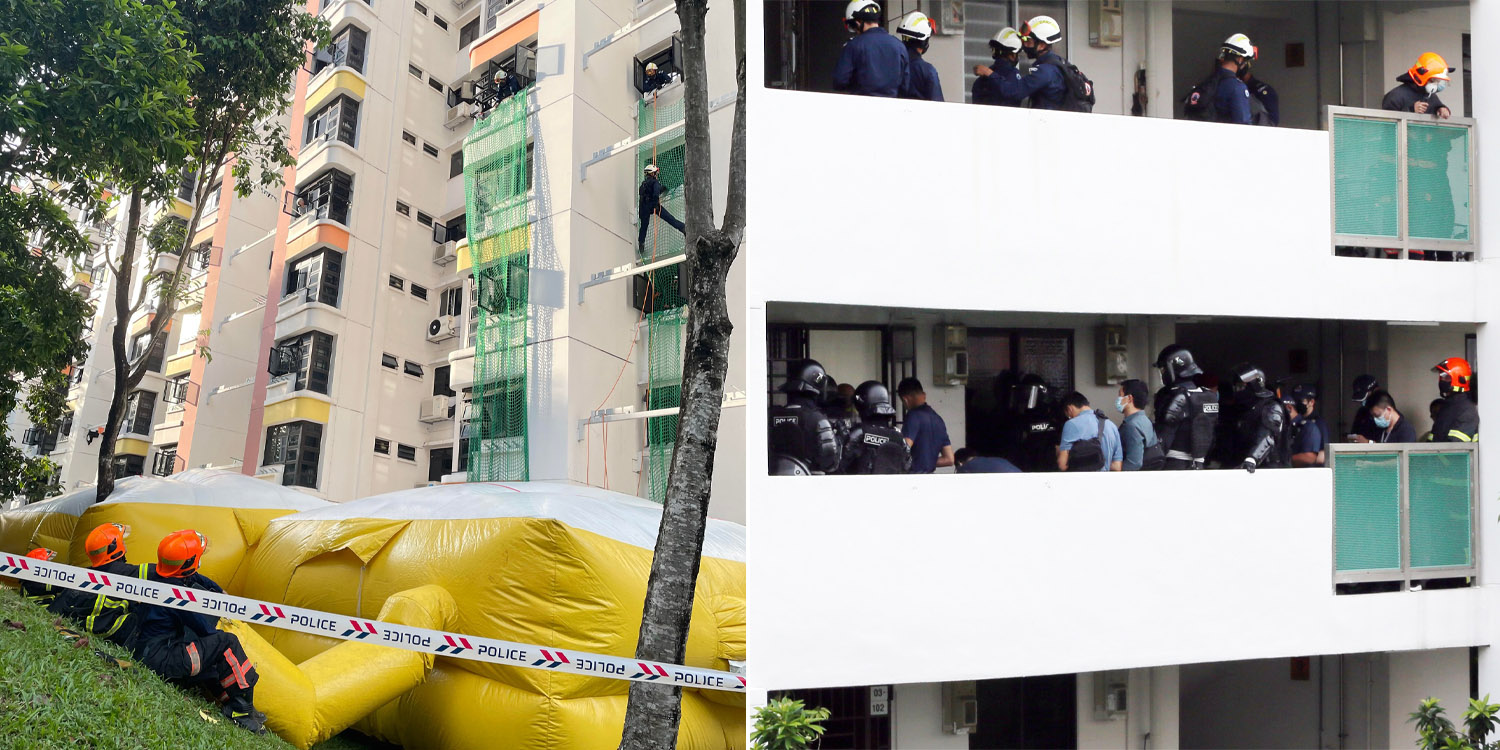 Whenever there are emergencies, we can always rely on our trusty men in blue and the capable Singapore Civil Defence Force (SCDF) to rectify the situation.

On Sunday (28 Nov), a woman locked herself in a Toa Payoh flat and threatened to harm herself.

After a long 3-hour operation, the police eventually arrested the woman under the Mental Health (Care and Treatment) Act.

The 33-year-old was later conveyed to Tan Tock Seng Hospital.

Police and SCDF deployed after woman locks herself in flat

On Sunday (28 Nov) at around 2pm, a woman apparently threatened to harm herself and locked herself in her 4th floor flat at Block 235 Lorong 8 Toa Payoh.

When Shin Min Daily News reporters arrived at the scene, they found many police and SCDF vehicles at the block. 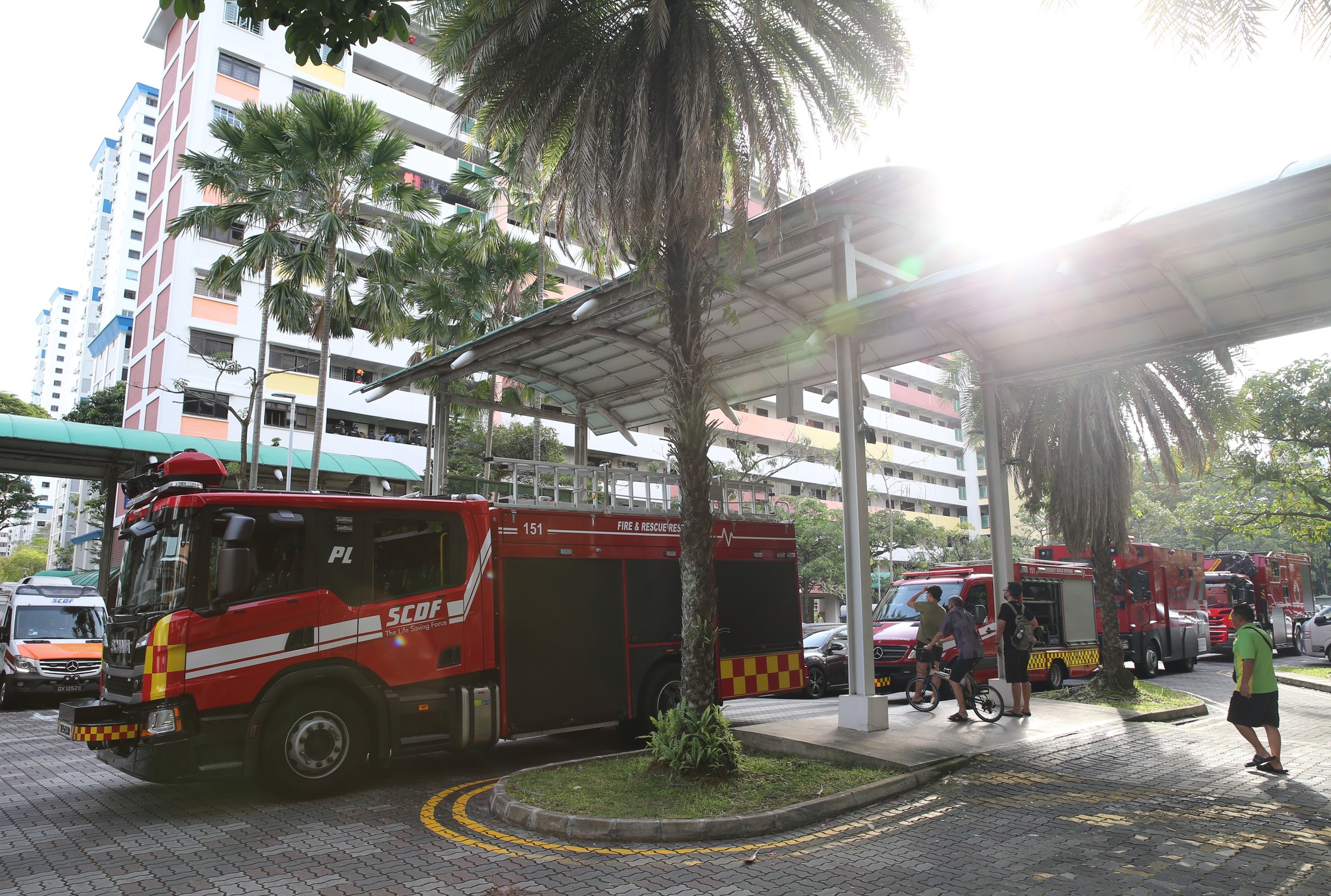 A large number of police officers, some in riot gear, were also observed there. SCDF personnel had also deployed safety air packs at the foot of the block. Life-saving nets were also laid out at the block by the SCDF Disaster Assistance and Rescue Team (DART). 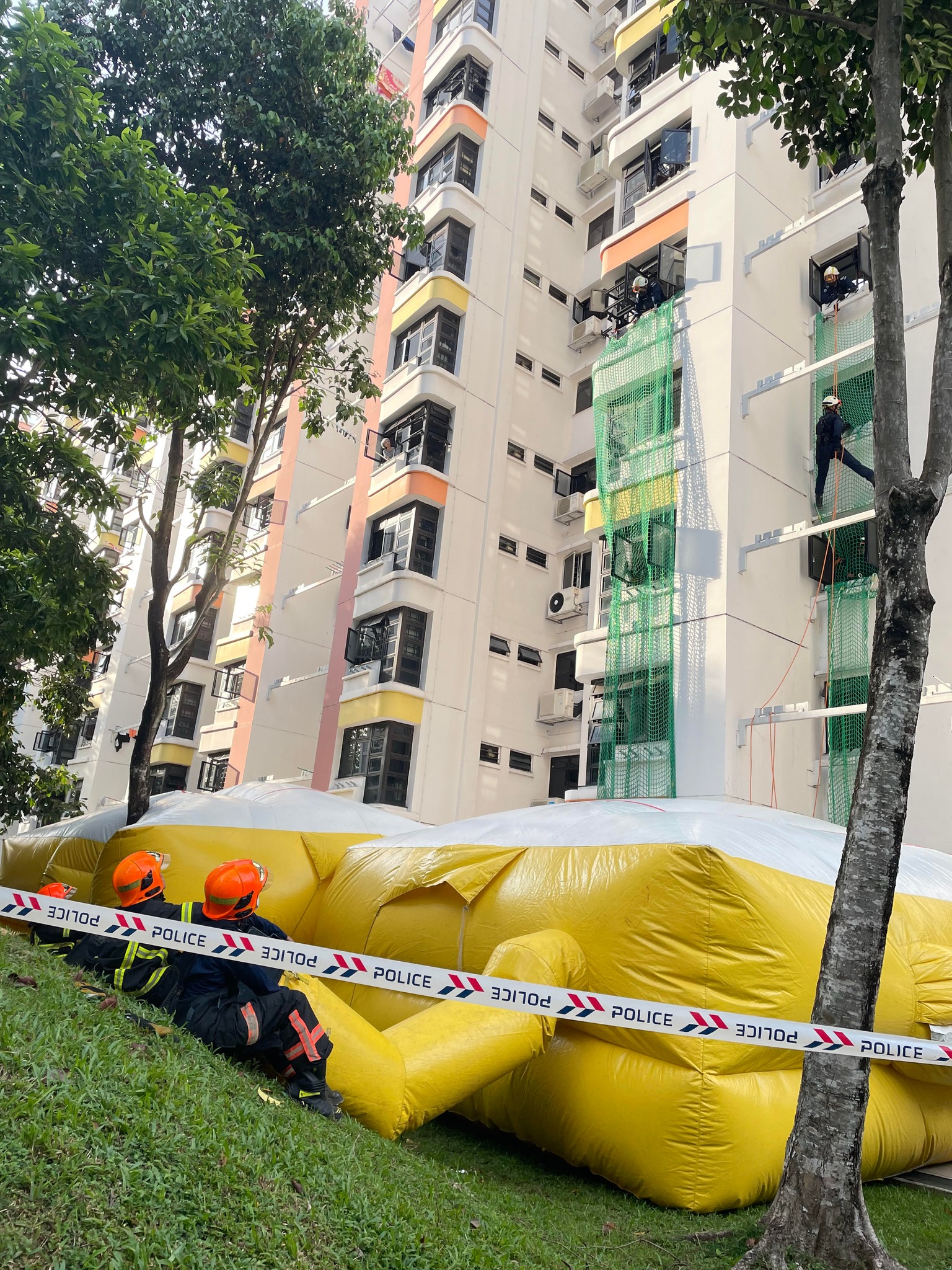 Police officers and negotiators were trying to persuade the woman to open her door.

Eventually at 5.30pm, about 3 hours into the operation, the police broke into the flat.

Shortly after, the woman who wore a dazed expression, walked out of the unit and was wheeled away on a stretcher, reported Shin Min Daily News.

The police shared that they received a call for help at 2.47pm on 28 Nov.

When they arrived, the woman was locked in the unit and threatened to hurt herself.

They later dispatched their Special Operations Command team to assist in the operation.

Eventually, the woman was arrested under the Mental Health (Care and Treatment) Act and conveyed to Tan Tock Seng Hospital.

Speaking to Shin Min Daily News, the woman’s neighbour said on the morning of 28 Nov, someone had thrown 2 laundry poles and a pillow down the block.

He suspects the woman was the culprit as she had been throwing items like leftover food, rubbish, sanitary pads, and grey soot water out of her flat for the past 2 weeks.

Sometimes, she would allegedly even spit out of her flat.

The neighbour shared that he had previously made police reports and lodged complaints to the National Environmental Agency (NEA).

Hope the person gets the help they need

In such tense situations, every move has to be precise and calculated.

Kudos to all the police and SCDF personnel for their speedy response and skilful execution of the operation.

At the end of the day, we’re glad the woman was unharmed and hope she gets the help she needs.