Workers’ Party (WP) candidates Terence Tan and He Ting Ru are from the same party, but aren’t running mates for the 2020 General Election (GE).

However, they remain partners in life – the couple tied knot back in 2016. 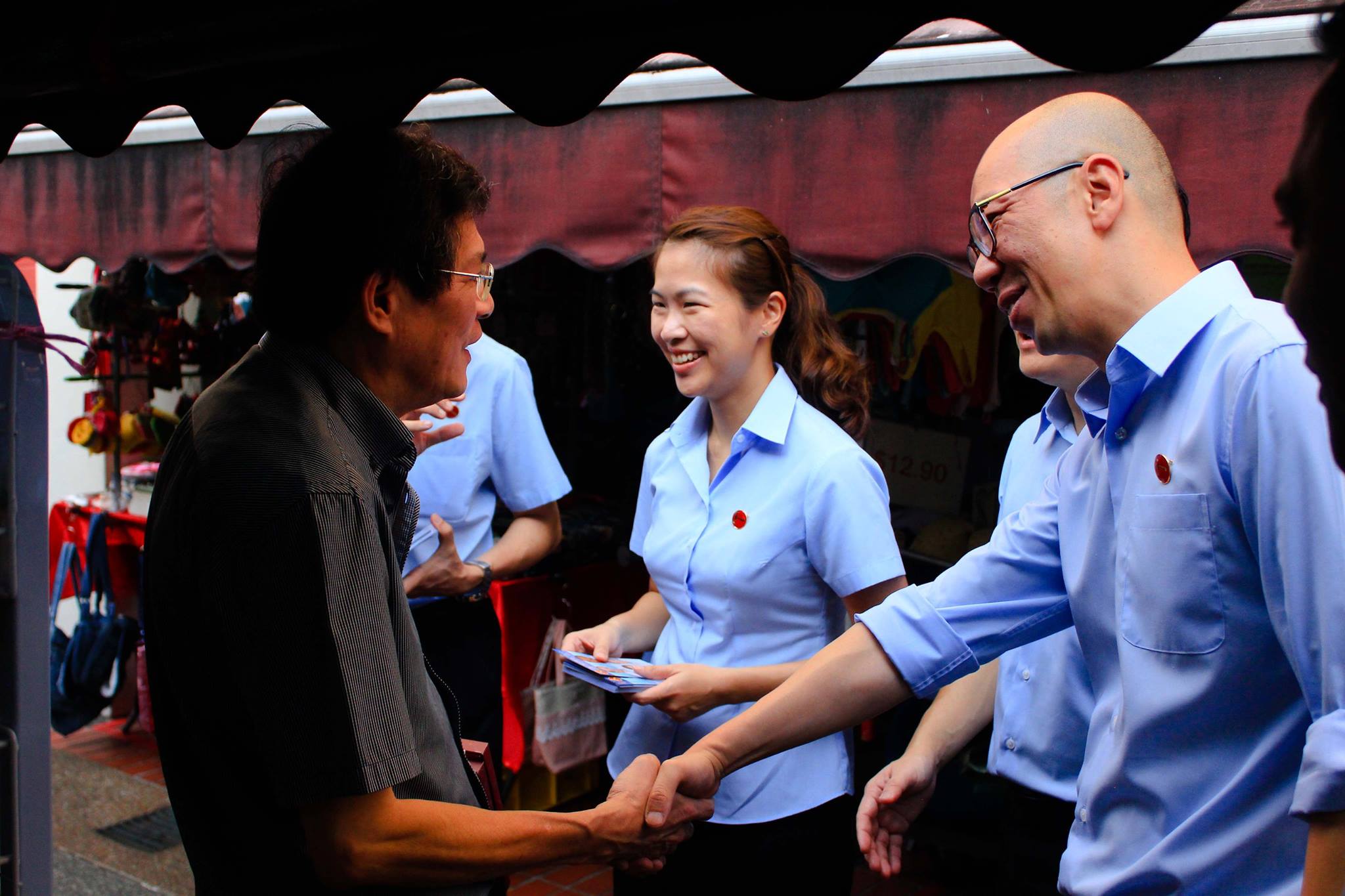 On Wednesday (8 Jul), a video titled “We Met At a Party” was shared on Ms He’s Facebook page, showing the light-hearted side of the couple’s life. You can watch the full video here.

WP couple contested together in GE2015

In a clever take on the trope, Mr Tan recounted at the start of the video that the couple first met at a party – but not the type of party you would think.

They actually met because of the Workers’ Party, at GE2015, when both of them contested Marine Parade Group Representation Constituency (GRC). 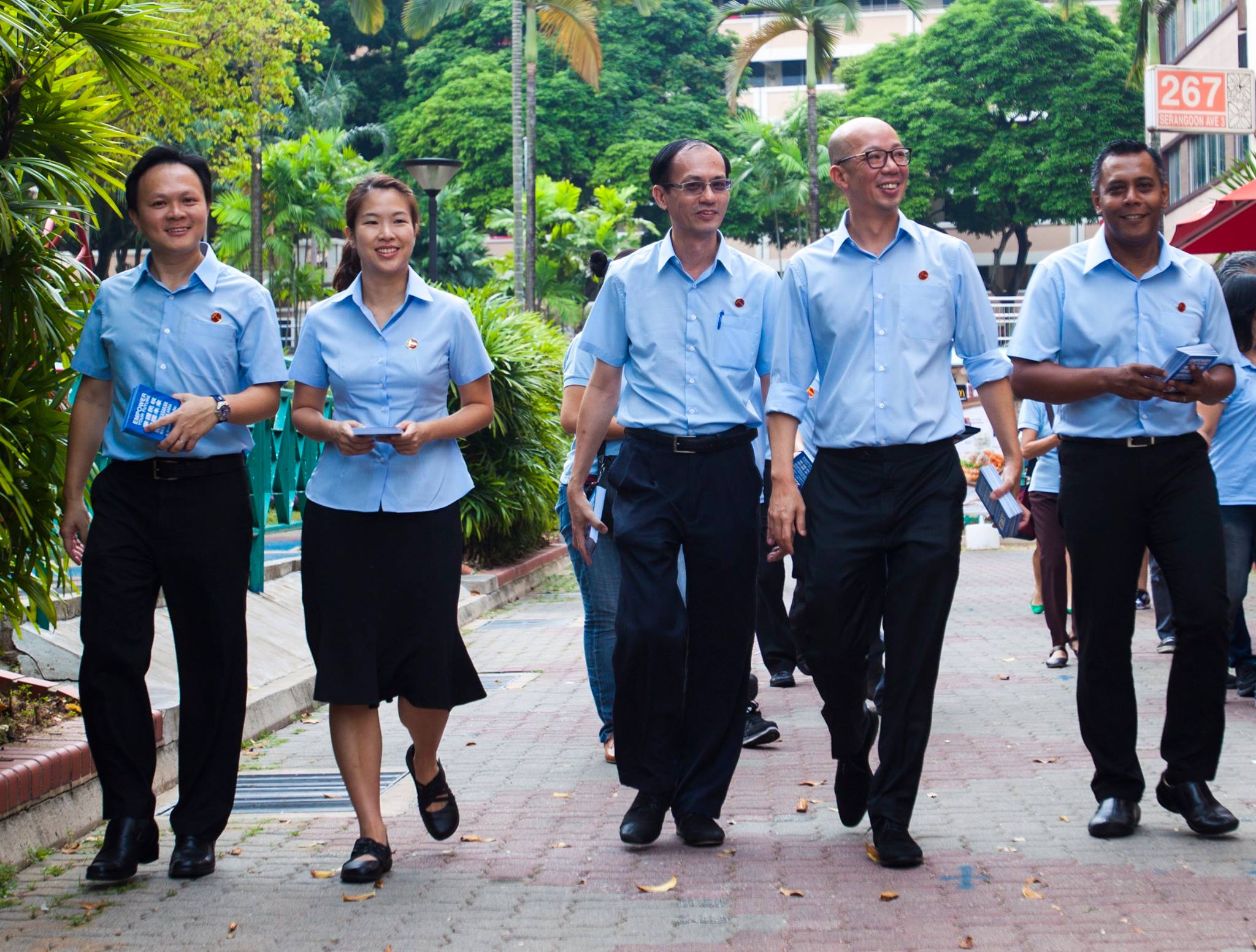 While they did not win the contest then, they won over their significant other’s heart.

Surprise proposal during an election

Mr Tan recalled popping the question when Ms He was caught “in the exhaustion” of the election. 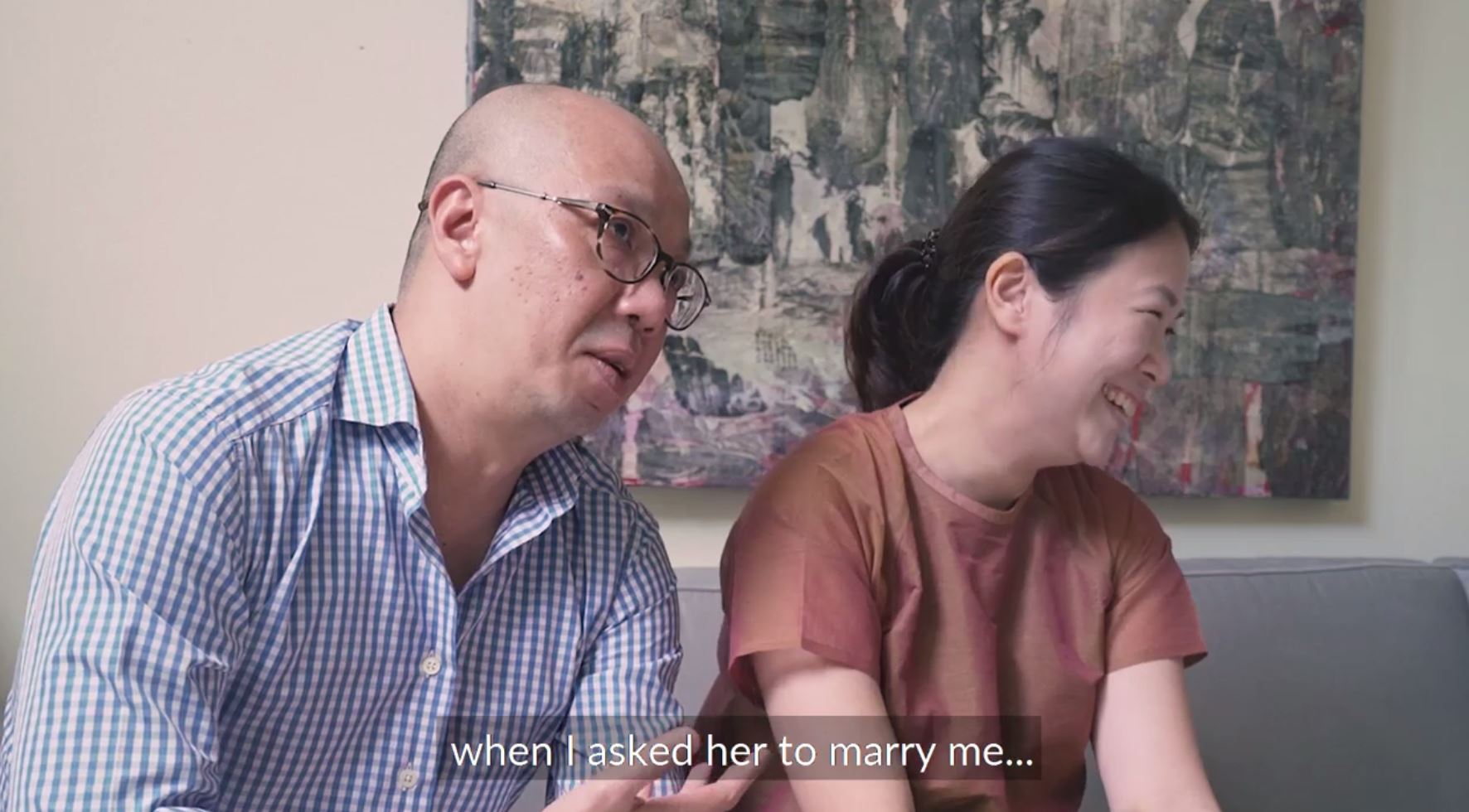 The proposal apparently caught Ms He by surprise as she hilariously reenacted her ‘shook’ expression that fateful day. 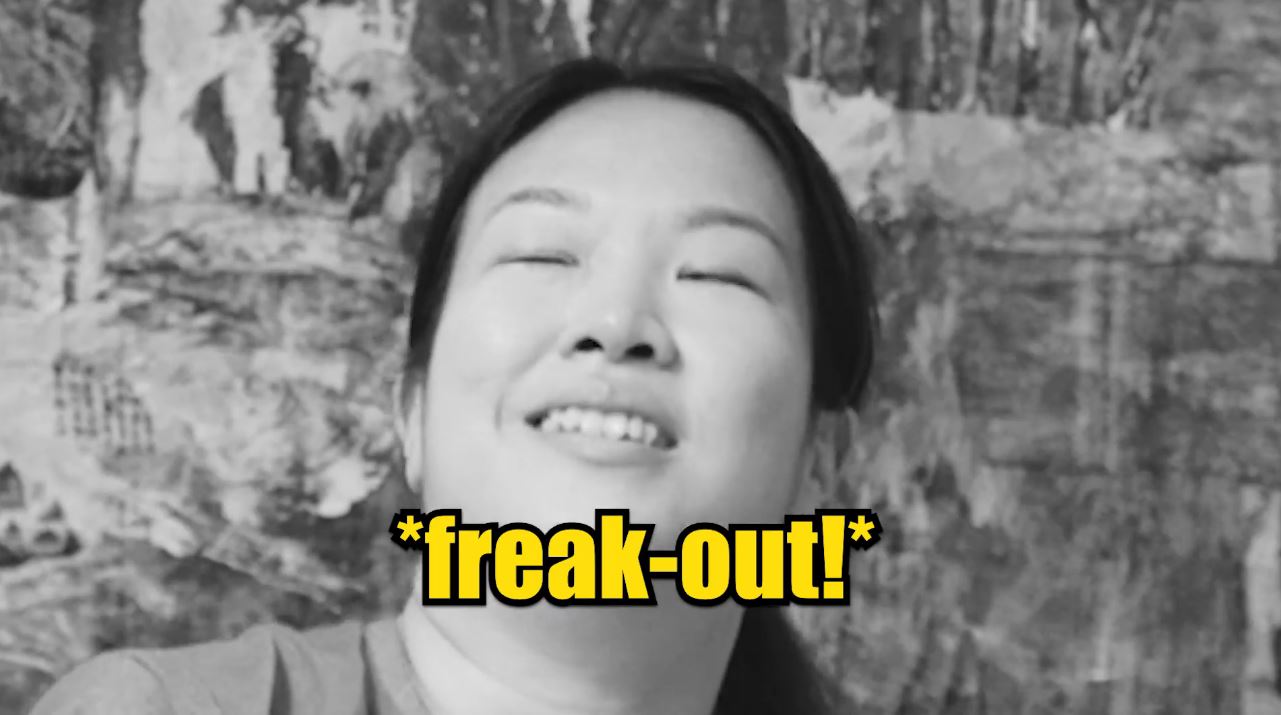 Mr Tan then quipped that his wife wanted to say “no”, but mistakenly agreed instead. 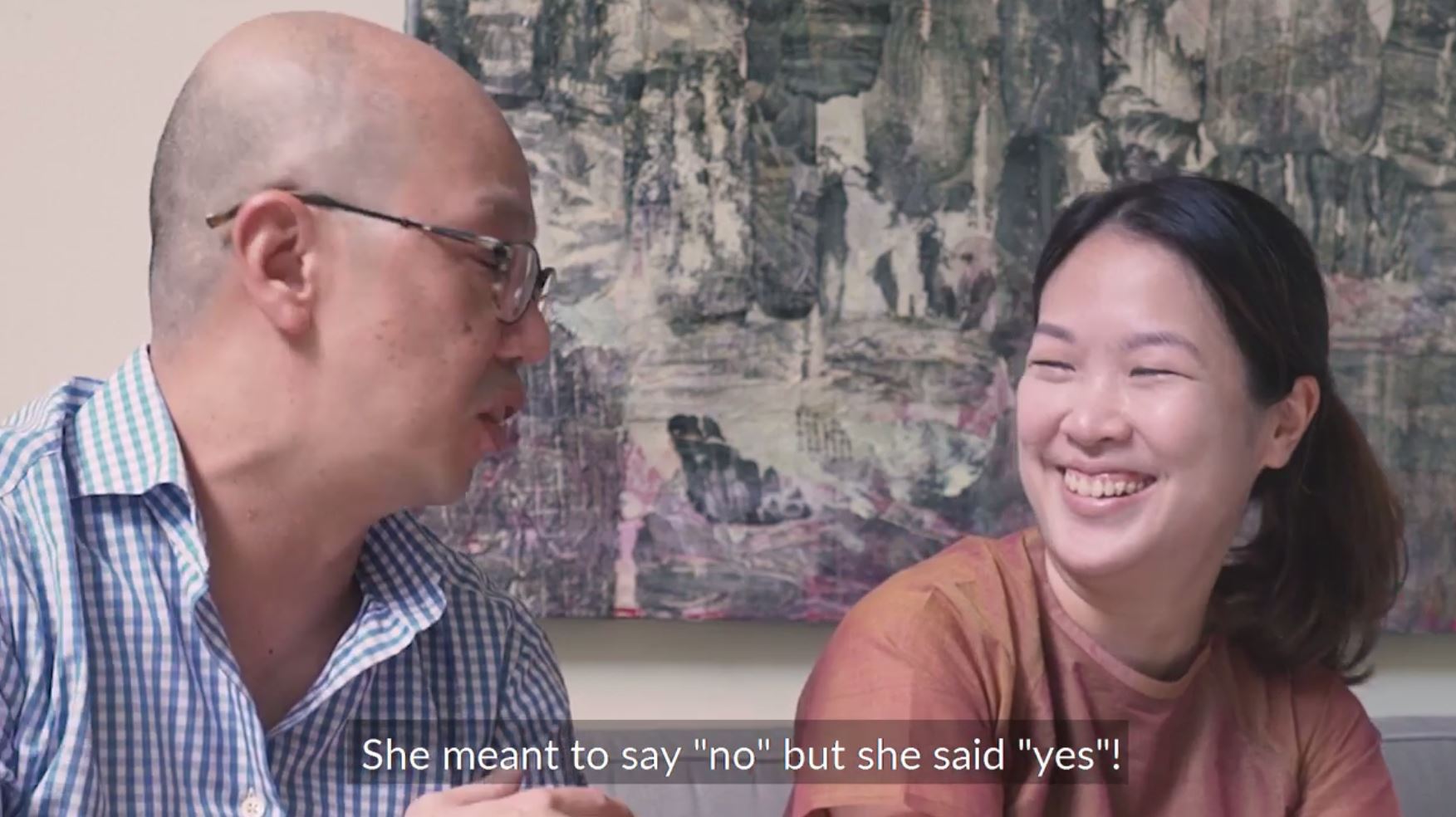 And that’s not the end of his jokes. When asked about his marriage, Mr Tan said with a straight face that,

When you walk the opposition path, nobody will marry you.

Except for a fellow opposition party member, obviously.

The rest of the video was more serious, as the couple touched on reasons why they felt there’s a need for more opposition voices in Parliament. 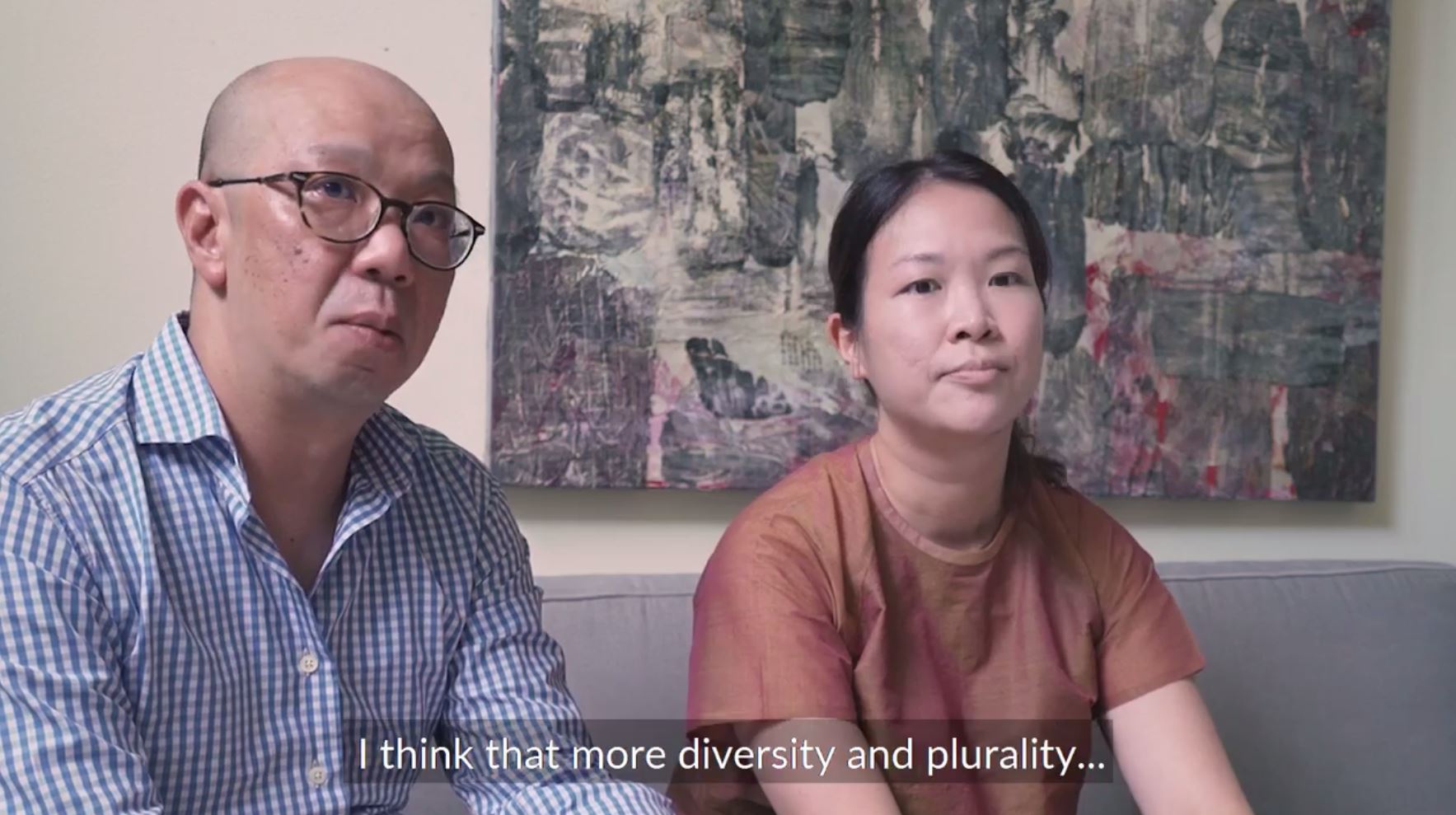 According to Lianhe Zaobao, Mr Tan and Ms He tied the knot in Jan 2016 and currently have 2 sons, aged 2 and 3. 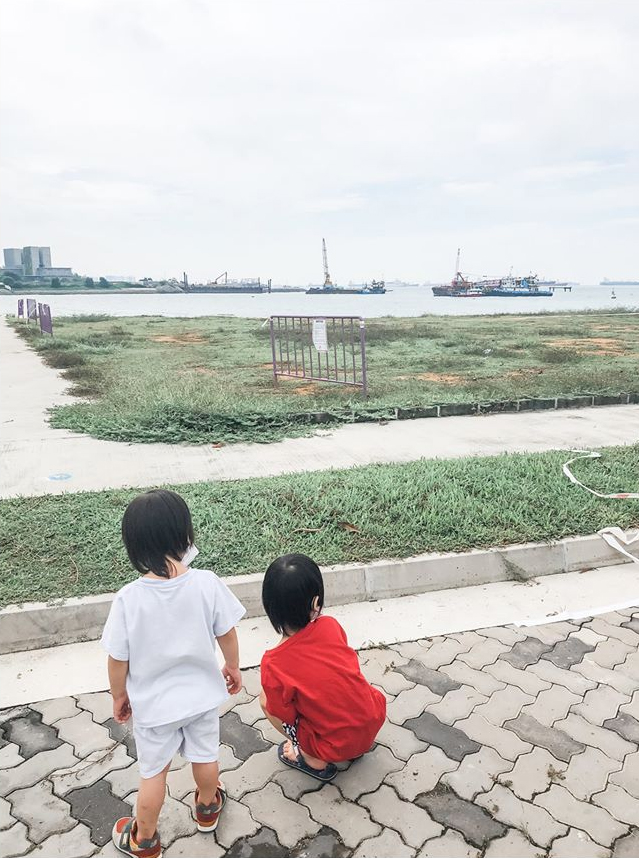 Speaking to Yahoo! News, Mr He said she first “caught sight” of Mr Tan during a 2013 election rally, when she formed a rather distinct impression of her now-husband:

On the other hand, Mr Tan found Ms He to be “caring and empathetic” when the pair did house visits together. 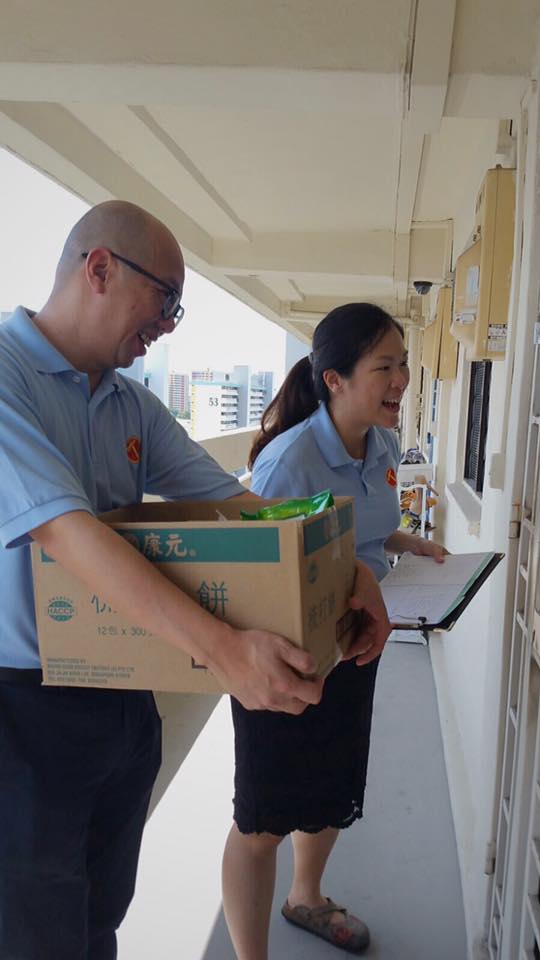 In GE2020, the couple will again be under the WP banner, with Mr Tan contesting East Coast GRC and Ms He running in Sengkang GRC.

Rare to see a couple in the same election

It’s always refreshing to see what politicians are like away from work, learning about their life stories and coming to the realisation that they, too, lead lives that are relatively similar to us ordinary folks.

In this case, it’s extra unique given that you don’t see a couple contesting for parliamentary seats together in the same election every day.

We wish them all the best in the coming election and may they continue to have a blissful marriage.

Nicole Seah Makes Teh C Kosong At Home, Shows Life Away From Spotlight