The owners feared that the medication had worsened their dog's condition.

Hospital Allegedly Prescribed Dog With Medication Meant For Another Pet

Many pet owners treat their pets like their own children and would go above and beyond to ensure their good health. However, things took a wrong turn for Dr Donna Chow and Mr Shaun Koh, when they found out that their pet dog had received the wrong medication due to a serious oversight by the vet. 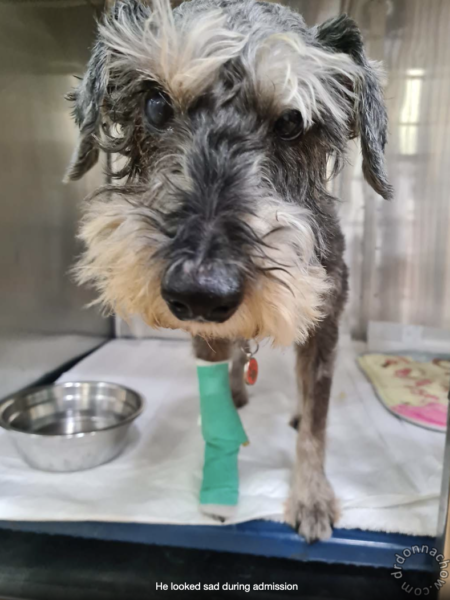 Following the incident, Dr Chow started a petition against irresponsible vets which currently has over 10,000 signatures.

Meanwhile, the Animal Veterinary Service (AVS) is investigating the incident.

According to Dr Chow’s blog post, the couple’s Schnauzer, Ah Bee, was previously treated for poor vision before he developed kidney failure and internal bleeding. When his symptoms worsened, they made the difficult decision to put him down.

The following morning, she discovered a package of pimobendan which is used to treat heart failure. These tablets were apparently labelled for another dog, Romeo.

The dosage was also meant for a 10kg dog and Ah Bee weighed only 5.8kg. This led her to believe that he had suffered an overdose, exacerbated by kidney failure. 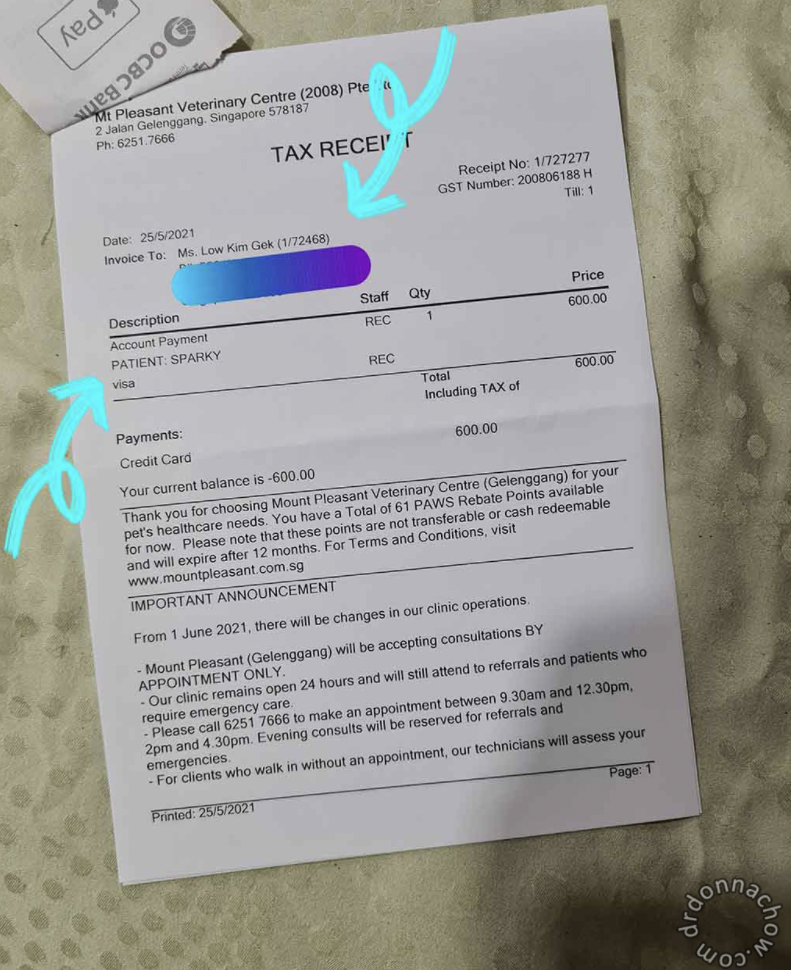 In another incident, Dr Chow claimed that the veterinary staff handed her the wrong bill, which led her to pay $600 for another dog’s treatment.

Not her first experience with medical negligence

Unfortunately, this devastating incident was not the first time Dr Chow allegedly encountered such medical negligence.

She shared about a previous incident when Ah Bee underwent a failed cataract surgery last year.

He developed glaucoma in his right eye, causing him to rely on round-the-clock eyedrops to treat his ocular pressure.

After this incident, Dr Chow learnt that the doctor who operated on Ah Bee was allegedly not a trained veterinary eye specialist.

In her blog post, Dr Chow expressed disappointment in the lack of regulation for veterinary services.

She thus started a petition against medical negligence that has garnered over 10,000 signatures at the time of writing.

Additionally, the couple has lodged a complaint with the Animal and Veterinary Service (AVS) and Mount Pleasant Veterinary Group.

AVS is currently investigating the matter, as reported by The Straits Times (ST).

MS News has also reached out to Mount Pleasant Vet for comments and will update the article when they get back.

Animals’ health should be taken seriously

It is saddening to hear of instances of medical negligence leading to an animal’s suffering.

For many pet owners, their furry friends are regarded as their own family.

We hope that regulations can be stepped up so that the health and welfare of animals will be better protected.