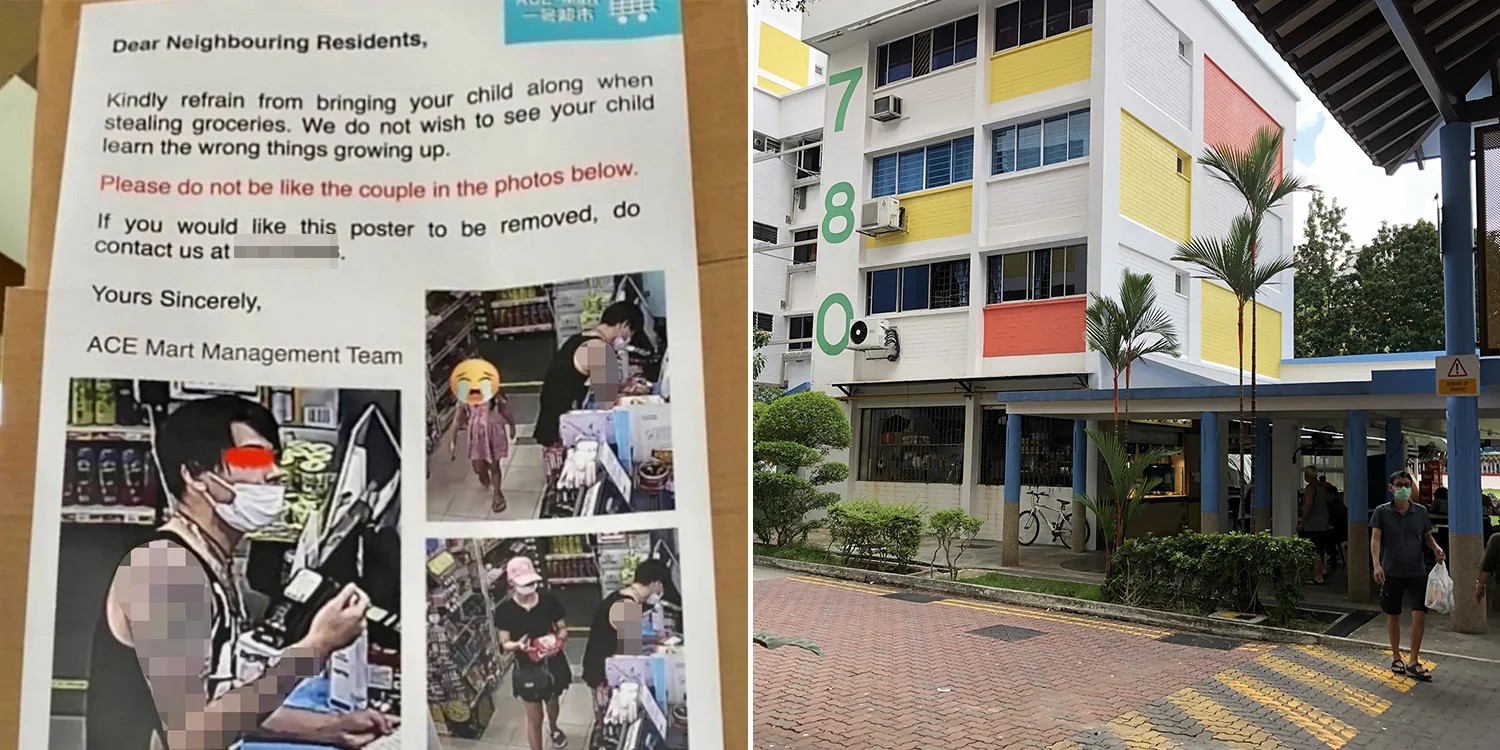 When a child is brought into the world, their first teachers are often their parents. Hence, it is crucial for parents to instil good values in their children.

However, a couple was recently chided by a minimart in Yishun for bringing their child along while they attempted to steal groceries.

The minimart put up a notice with pictures of the couple, telling others not to teach their children the wrong things.

Recently, a minimart called ACE Mart at Yishun Ring Road put up a notice about a couple caught shoplifting.

What was different about these shoplifters was that they had brought a child along. The unusual circumstances probably led to the notice being shared by @sgfollowsall on Instagram. 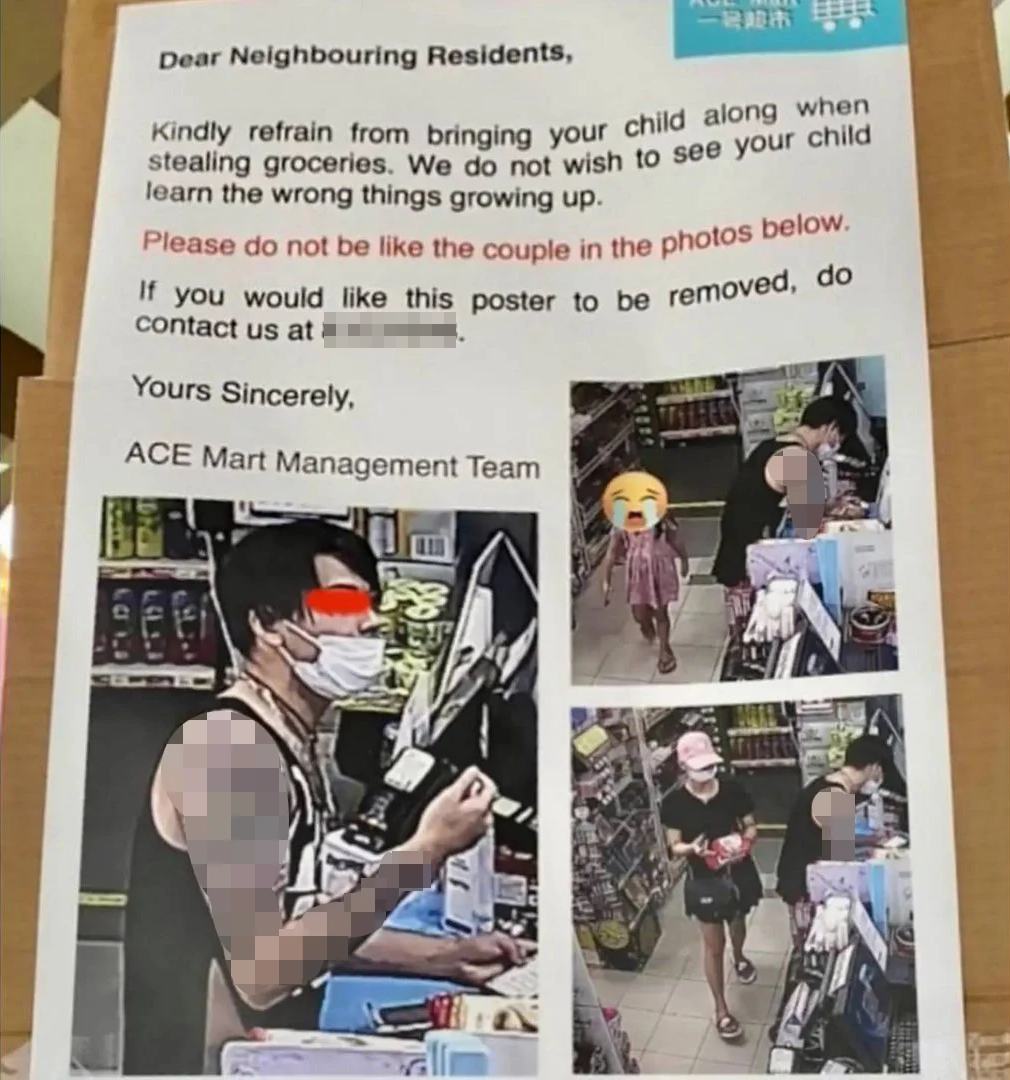 Since ACE Mart’s management team was concerned that such behaviour could affect the young child in the future, they chided the couple in their notice.

They hope that by putting it up, other residents will not follow the couple’s example.

In response to queries from Lianhe Zaobao, a spokesperson from ACE Mart mentioned that the woman was familiar to them as she has been found shoplifting many times. The woman also often brings her young daughter along.

Apparently, there have been 2 incidents where the mother-daughter duo was accompanied by a tall and thin man. However, some mentioned that the man is not the little girl’s father.

As ACE Mart is open 24/7, the couple often comes in the wee hours of the morning. Their last appearance was reportedly on 29 Aug.

On that occasion, Lianhe Zaobao reported that the man had tried to distract ACE Mart’s staff while the woman placed a bottle of laundry detergent outside the shop. The couple then proceeded to buy a packet of instant noodles and left. 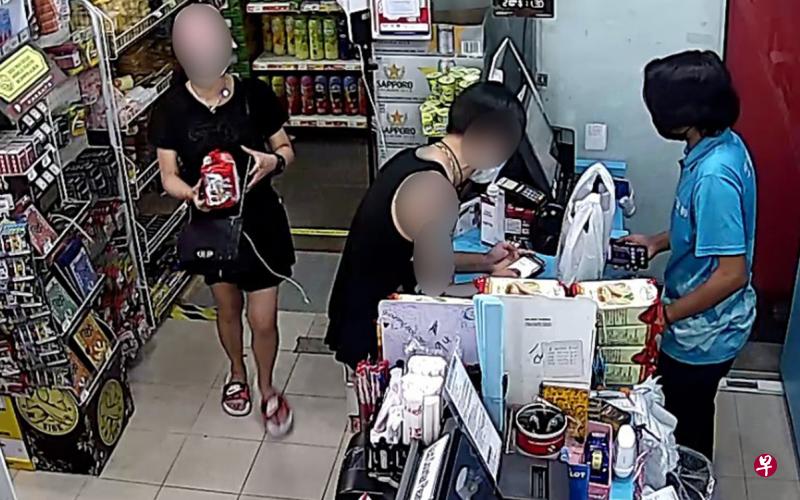 However, the CCTV caught them turning back to take the laundry detergent that had been placed outside earlier.

The ACE Mart spokesperson also told Lianhe Zaobao that most of the stolen items were daily necessities. While they thought the theft itself was unacceptable, they apparently found it worse that the couple had brought the little girl along on their spree.

Since the girl is reportedly around 5 years old, she would be old enough to understand what was going on. Hence, the minimart’s management team is worried she would imitate the couple’s actions.

The concern drove them to put up the notice to alert the neighbourhood as the couple has also been seen frequently around the area.

In the notice, the minimart asked that the couple come forward personally if they want it to be taken down.

Minimart can compromise with the couple

According to Lianhe Zaobao, ACE Mart only put up the notice because they did not want the couple to bring the young child along.

While they still want the couple to pay for the stolen items they will reportedly consider not pursuing the matter if the family is really facing financial difficulties.

Despite the notice going viral on social media with people commenting that they knew the couple, no one has provided further details yet.

Since young children are more impressionable, it is crucial for people to set a good example for them. Often, they may not know better and could end up mirroring others’ actions without understanding the consequences.

Hopefully, the couple will own up to their mistakes and stop their crimes. As for those who know them, you may contact ACE Mart to provide more info.