Kampong Glam is a well-loved destination by locals and tourist alike. However, with current travel restrictions and most working from home (WFH), businesses in the area have been hit hard.

On Tuesday (8 Jun), a concerned citizen named Nicollete shared the plight of a struggling 45-year-old Bugis eatery to the wheretodapao Instagram account.

The outlet – Prince Coffee House – is known for its classic Hainanese menu which offers a glimpse of Singapore’s culinary past. 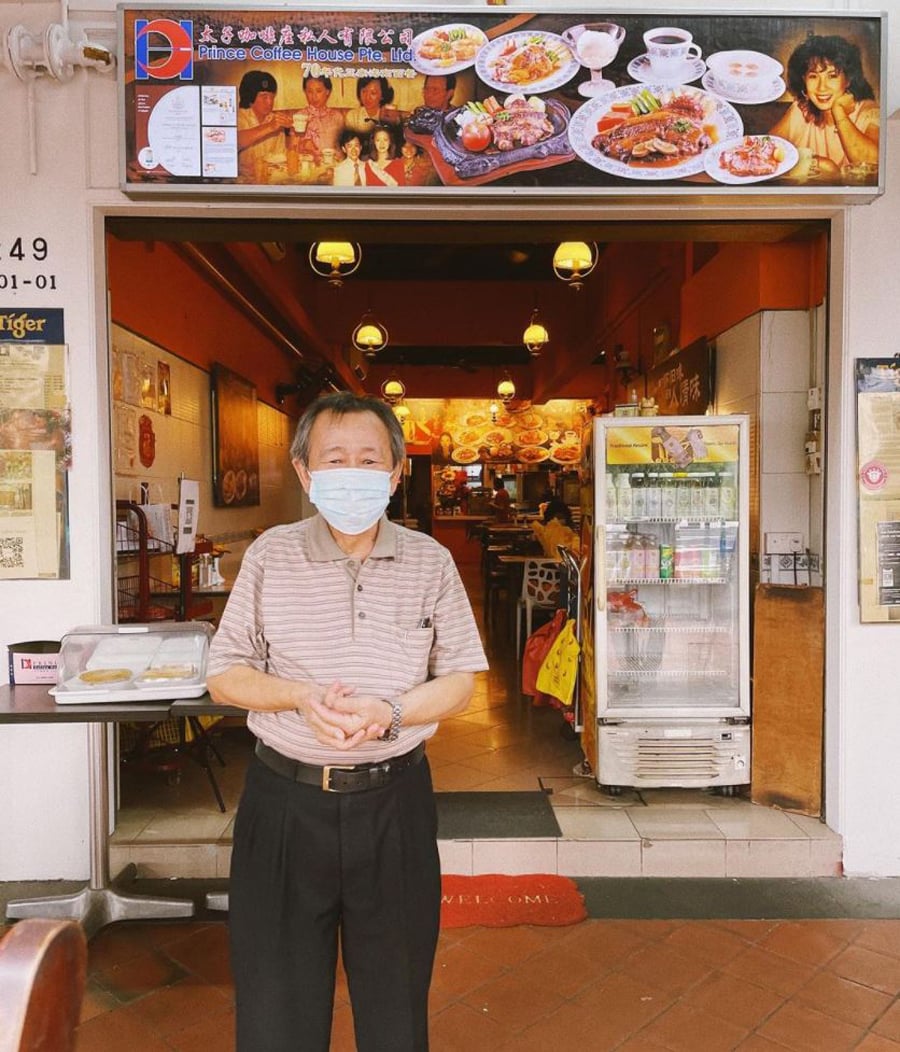 Foodies craving Hainanese Western food from the ’70s, here’s the coffeehouse you ought to visit.

In Jun 2020, MS News reported that the old-school Prince Coffee House was significantly affected by the Covid-19 downturn.

Ex-head waiter uncle Jimmy Lin has kept the business alive for 45 years, after taking the reins from its original owners. While the business survived the ‘Circuit Breaker’ in the past year, it seems business is declining again due to Phase 2 Heightened Alert.

The 45-year-old Bugis eatery has a rich history, but Nicolette is equally amazed by Uncle Jimmy Lim who goes above and beyond for his patrons.

According to her, he regularly checks whether customers need anything and also exudes a warm personality.

Sadly, Nicollete noticed that the restaurant lost its regular crowd.

When asked how the business was doing, the uncle replied, “生意辛苦” which translates to “Business is hard”.

As proof of his passion for customer service, Uncle Jimmy even reminded her to take a photo of the menu and business card.

This way, she can call to get her order prepared ahead of time.

For fans of traditional Hainanese-style food

Hainanese coffeehouses were popular in the past, though they’ve become increasingly rare over the years.

As such, Prince Coffee House is a treasured gem because of its nostalgic and comforting menu, which can trace its roots back from the ’70s.

Even if you’re unfamiliar with Hainanese western food, the concerned patron vouched for its extremely tasty flavour. She highly recommends their homemade chicken pie stuffed with copious amounts of chicken and potato chunks.

Notable bestsellers also include the Beef Horfun and Hainanese Pork Chop which come with fresh and crisp fries.

The fries seem to be cooked to order, which is a rare practice compared to modern restaurants. 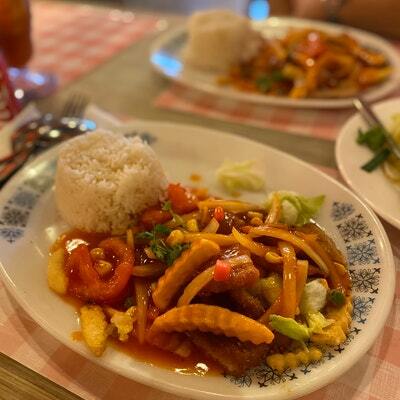 Patrons of the outlet chimed in with praise in the comments section.

A netizen shared that their dad and Uncle Jimmy hit it off immediately because they both speak Hainanese. Another foodie recommends chatting up the uncle because he has a lot of stories to share about the golden era.

How you can support the uncle

Here’s are the details of its precise location:

Consider stopping by his outlet, as well as supporting struggling hawkers and restaurants, so we can all get through these tough times together.