M’sian Man Keeps 893,000+ GrabPoints For iPhone 14, Will Collect More To Get Device For Free 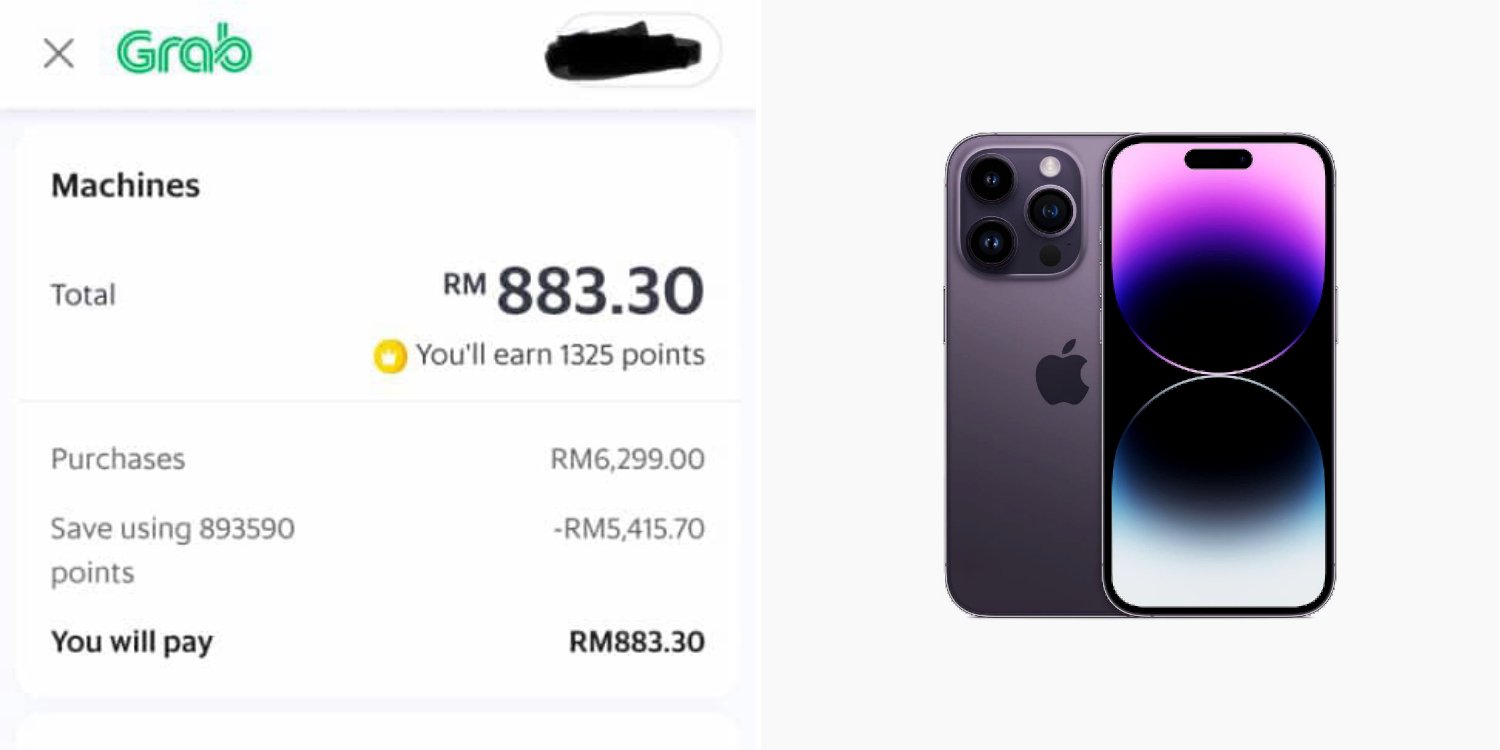 He collected points using a Grab credit card and used GrabPay to pay for expenses.

Malaysian Man With Over 893,000 GrabPoints Plans To Redeem iPhone 14 Without Forking Out A Dime

With the advent of the iPhone 14, a new cycle of iPhone frenzy has started once again, prompting fans everywhere to line up in hopes of being among the first to own the new device.

Of course, there are also some who prefer to skip the queue and purchase online.

For one Malaysian man, however, he isn’t planning to get the new iPhone with money at all, but GrabPoints. 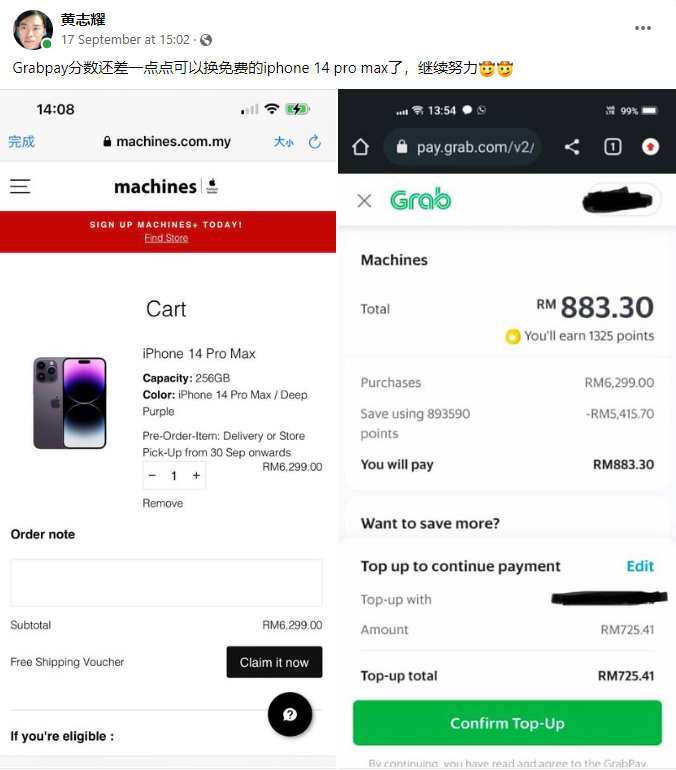 More precisely, he is planning to redeem his iPhone 14 with GrabPoints. To date, he has accumulated 893,590 points.

The user, Huang Zhi Yao (transliterated from Mandarin), shared the outstanding achievement in a Facebook group on Saturday (17 Sep).

In the caption, he said that he is only a few points shy of redeeming the iPhone entirely with GrabPoints.

He added that he will continue working hard to collect more points.

To the uninitiated, GrabPoints refers to the points one can earn via the Grab App to redeem various perks like discounts and freebies.

There are many ways to earn these points, and Mr Huang has used them to the best of his ability to get to his remarkable amount.

Speaking to MS News, he shared that he was inspired by another Grab user who used their points to redeem an iPhone 13 Pro Max.

For him, one of the fastest ways he used to collect the points was via the Maybank Grab Mastercard Platinum Credit Card.

The credit card allows users to earn 5x the GrabPoints with each transaction made either on the Grab app or via GrabPay, which comes out to 5 GrabPoints for each ringgit spent.

In Mr Huang’s case, he gets 6.5x the GrabPoints by first topping up his GrabPay wallet with the credit card, then using said wallet to pay for everything else.

As he subscribes to the GrabUnlimited membership programme, he also gets a boosted rate of 1.5 GrabPoints for every ringgit spent.

Another way he accelerated his point collection was simply to use GrabPay to fork out for as many daily necessities and expenses as possible.

Additionally, Mr Huang shared that he would sometimes undertake challenges within the app.

These challenges would award him with as many as 10,000 GrabPoints.

A look at past challenges in the Grab app shows events where users can earn GrabPoints by spending a certain number of times with GrabPay. 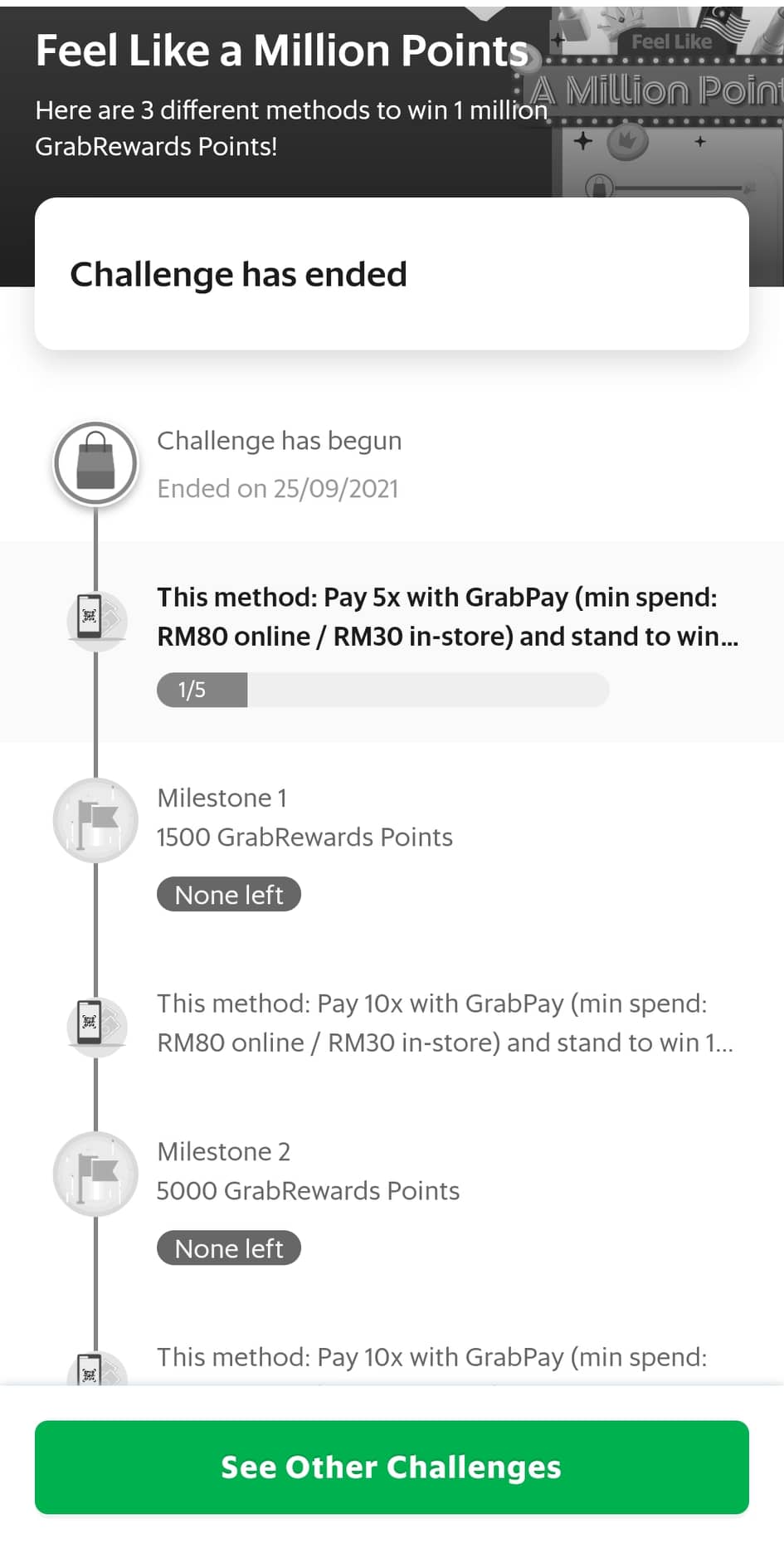 In a separate past challenge, users also had the opportunity to win a year’s worth of GrabFood free delivery vouchers by completing 3 orders from Grab Signatures.

With so many points accumulated already, Mr Huang is pushing on to redeem the iPhone 14 fully with GrabPoints.

He estimates that the remaining amount will take him around two months to collect.

While his post has gone viral with 1,800 comments and 2,600 shares to date, he never expected it to garner so much attention.

To those who wish to follow in his footsteps, he advises them to spend wisely and channel their usual expenses through the Grab app.

Accumulating 893,000 GrabPoints is definitely not an easy feat, and it’s clear that Mr Huang’s dedicated efforts have paid off.

We wish him good luck in redeeming his iPhone 14 and hope he completes his quest soon.

What would you redeem with this many GrabPoints? Let us know in the comments!