She’s got that red lip classic thing that you like

She’s talented, young, and successful — just like Taylor Swift. They’re both looked upon as fashion icons with styles that many girls look to emulate.

One of Singapore’s most prominent fashion bloggers, Andrea Chong gained visibility when she hosted ClickNetwork’s That F Word show, and the rest is history.

Despite being a late bloomer in the Insta fame game, Andrea, or better known as Drea, has managed to amass 231k followers and counting.

Here are 10 Andrea Chong facts you need to know:

Drea was from Zhonghua Secondary School, and later went to Victoria Junior College. She is currently finishing up her final year of English Literature at the Nanyang Technological University. 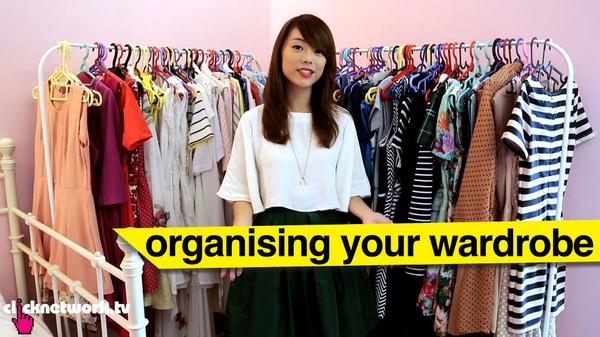 Drea didn’t exactly set out to be a fashion blogger and barely had any social media presence four years ago. But things changed in 2013 and she started her blog for two reasons.

She revealed in an interview with Senatus:

There were 2 motivations for setting up my blog — the first one was… I had been a “blogshop model” for one or two years and I’ve always been played the image of this sweet, ‘kawaii’ girl and I didn’t like that. I wanted to tell them that I could do more edgy, rocker-clothing as well. I found that setting up a blog was a way for me to establish my own identity. I wanted to debunk any stereotypes others had of me.

The second motivation was my clicknetwork show, ‘That F Word’ and the producers wanted me to have my own platform to reach out to my audience.

3. She makes a six-figure annual income

And this is all thanks to her blog, which garnered her a massive following online.

I went from starting a blog back in 2012 to being flown to places such as New York, Munich and Milan to work with top fashion brands like Gucci.

4. She has a long-time boyfriend

Drea and her boyfriend, Imran Rahim, are the epitome of #relationshipgoals. The adorable couple has been together since November 2007.

5. She shares the cutest relationship with her father

Drea is close to her father, and it’s easy to see why. The cool Mr Chong occasionally shows up on Drea’s feed, and even has an active Instagram account himself.

The father and daughter also seem to do everything together.

To exploring Penang together on a Vespa. Drea also shared an anecdote about her new age dad:

The two even watch MMA together. Hipster dad is hipster.

6. She is the Asian Taylor Swift

The pixie-faced blogger might not sing, but certainly bears semblance to the songstress – an observation many pointed out. 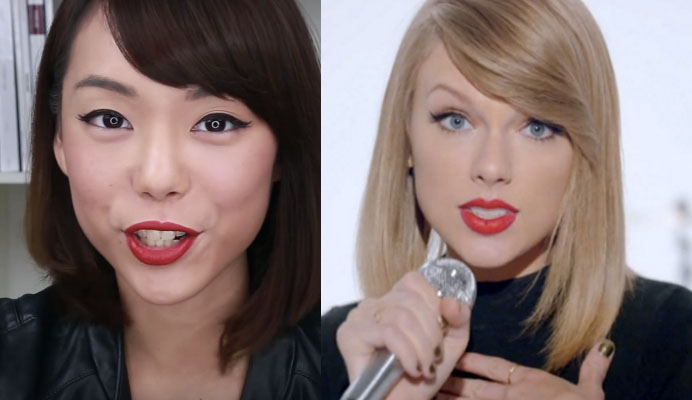 Of course, Drea and Tay Tay are not the only look-alikes out there — there are at least 14 celebrity look-alikes who could be twins.

Drea is not only Taylor Swift’s doppelganger – she is a fan of Tay Tay as well, and even attended her concert when the singer was in town.

As her follower rightly pointed out:

7. She has a Taekwondo black belt

Despite Drea’s dainty looks, she used to be rather athletic back in school:

I used to be very athletic when I was young, from secondary school to junior college. I did everything. I was on the golf team, did swimming, tennis, life-saving, scuba diving.

In fact, she even acquired her Taekwondo black belt when she was just 12.

I have a Taekwondo black belt. Am a certified scuba-diver and life-saver.

I don’t have as much time to exercise now, as I did when I was younger.

My mom put my brother and I on all of this. She tried to give me all the opportunities she didn’t have when she was younger. She made sure that whatever we did, we achieved something out of it — Black belt with Taekwondo. And with golf, we had to get our handicap and participate in competitions.

I got them (black belt and handicap) both when I was 12.

8. Her ambition was to be a dentist

Drea is definitely a fashion icon to many now – it’s hard to believe that she used to avoid working in anything fashion-related:

In an interview with Moments With Meera, Drea recounted:

My parents used to work in the fashion industry, so I’ve always been in tuned with the business side of fashion. Interestingly, because my parents were in fashion, I intentionally refused to work in any fashion-related jobs (Fun-fact: I dreamed of becoming a dentist). But life and irony come hand in hand, when I turned 19 I got approached to be a model, and the rest they say, is history.

9. She emceed an exclusive showcase for Victoria Beckham

How many 22-year-olds get the opportunity to emcee for an exclusive Victoria Beckham showcase?

Drea was one of them. In 2014, Drea got to meet and interview the star herself. The lucky fan girl even managed a selfie with the “incredibly nice” Victoria Beckham.

Drea also shared that she used to be a Spice Girls fan:

I used to be a really huge Spice Girls fan when I was younger, and to finally meet her in person was just surreal. As expected, there was an insane lot of preparation that went into preparing for the show: from memorizing the names and materials-used for every single dress featured, to preparing questions to ask Victoria, I had to be familiar with every dress or top or trousers featured during the trunk show, and be familiar with the Victoria Beckham brand itself. Victoria was incredibly nice (I mean, she was game to take a selfie!), and I only wish I was half as confident and eloquent as she is.

We know we would certainly get very inspired if we worked in an office like this too. #officegoals

More of Drea Chong to come

This girl has come a long way since her stint as a host at That F Word, and her popularity has been steadily on the rise since. Wearing many hats, the multi-hyphenate influencer hopes to build the Dreachong brand in future.