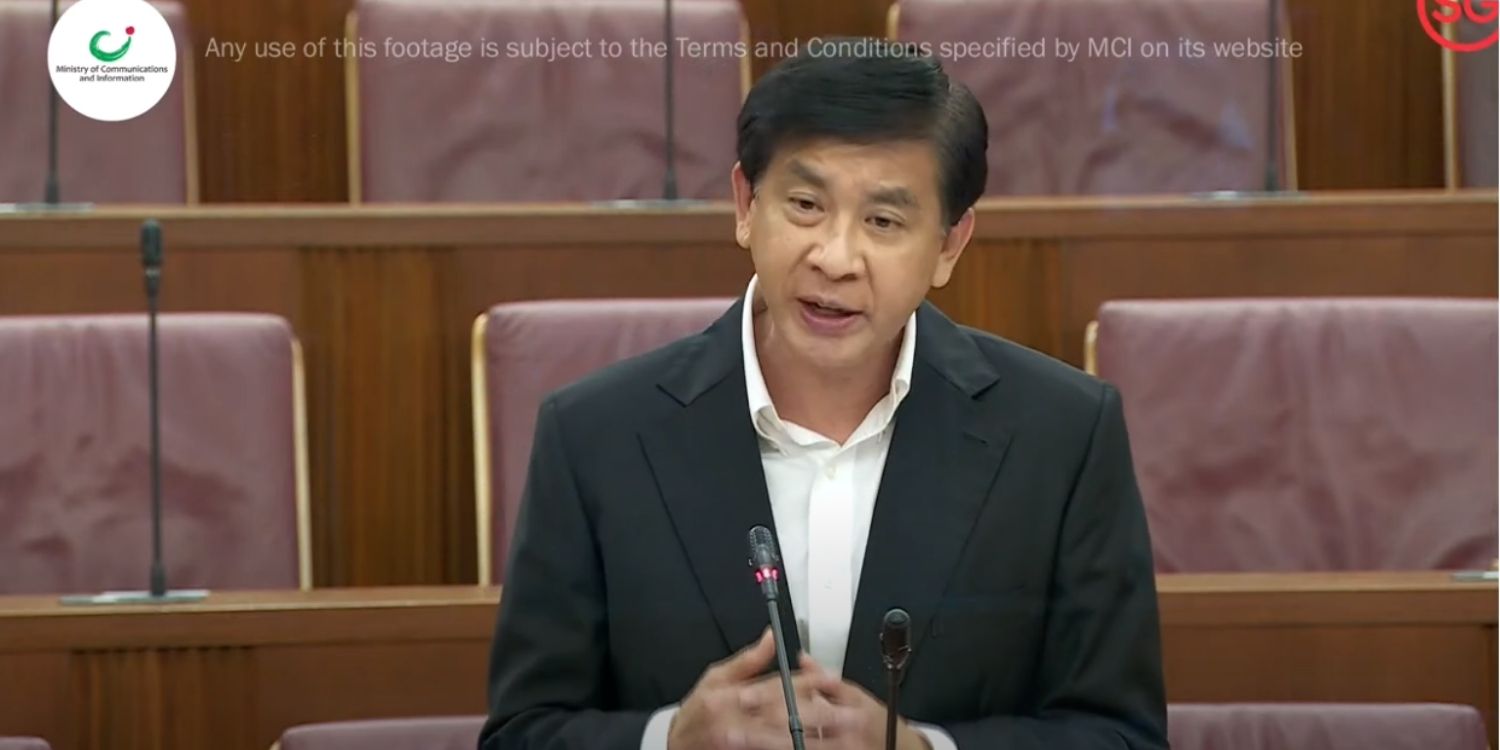 In a Parliamentary session on Tuesday (1 Mar), MP Ang Wei Neng raised many eyebrows when he suggested renewing the validity of university degrees every 5 years.

Since then, he has stepped up to clarify the intention behind his speech, which he maintained was not meant to be a policy recommendation.

Rather, he wanted it to merely be food for thought. Judging by the countless reactions, perhaps Mr Ang has achieved his goal after all.

If Singaporeans didn’t know who Mr Ang was before, they probably do by now.

The West Coast GRC MP sent many tongues wagging when he proposed setting a time stamp on local university degrees.

In light of the backlash, Mr Ang took to Facebook to explain his rationale for making that suggestion. 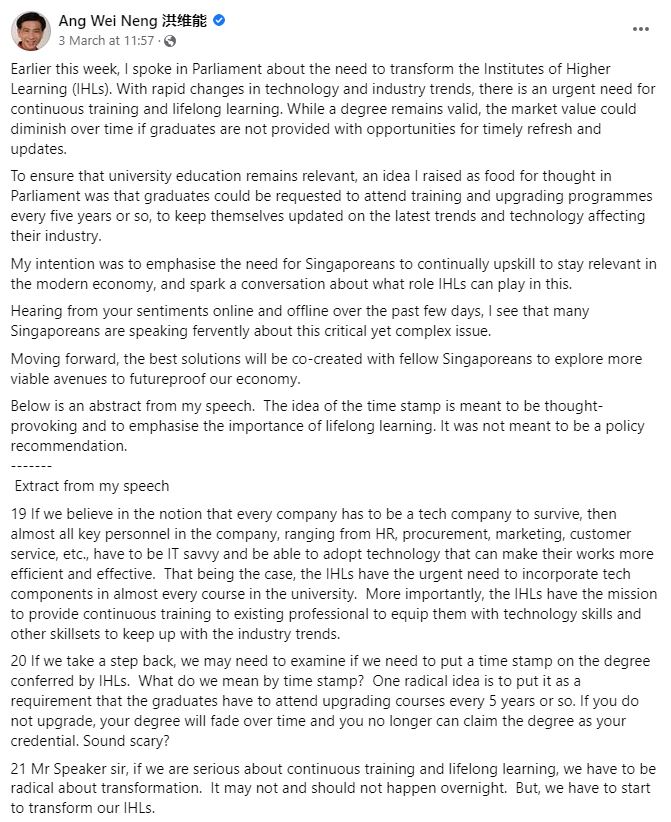 Reiterating his point that the value of a degree diminishes over time despite its validity, Mr Ang described his idea for regular training programmes as “food for thought”.

Since industry and technology trends are rapidly changing, he pointed out the need for graduates to keep up.

The best way to do so is through regular upskilling, which can be encouraged by putting a 5-year expiry date on a degree. If graduates don’t upgrade themselves, they can no longer claim it as their credential.

Quoting his own speech, Mr Ang labelled this a “radical idea” and indeed did not put it forth as a policy recommendation.

Be that as it may, many Facebook users had a lot to say in the comments.

Most notably, former Nominated MP Calvin Cheng applauded Mr Ang’s idea and shared what he claimed to be “the harsh truth”.

Considering what companies value and how they promote workers, Mr Cheng stated that university degrees are already expiring and losing their relevance.

This is because employers tend to favour experience and work performance when it comes to such matters. He thus chided Mr Ang’s opposers for not taking this into account.

Meanwhile, those who disagreed with Mr Ang shared their 2 cents too, with many offering alternatives to his idea.

One netizen acknowledged the validity of Mr Ang’s concerns but felt that it lacked consideration for how complex the issue is. Instead of an expiring degree, he proposed a more current syllabus that’s likely renewed more often.

Likewise, another Facebook user highlighted the preference to “learn on the job” instead of returning to university. Along with the financial strain of higher learning, she reasoned that there will always be a gap between what we learn in school and on the job.

Internships and professional attachments would thus be the better way to go.

While the outcome of Mr Ang’s Parliamentary speech was less than desirable, it has sparked discussions about an important topic.

Differences aside, we can all agree that skills upgrading is essential. How to go about encouraging it is the part that requires more thorough discussion.

Kudos to Mr Ang for bravely sharing his thoughts, but perhaps we’ll need more than just a “radical idea” to implement policy changes.

Nevertheless, let’s hope that something good comes out of this debate for the betterment of our society.