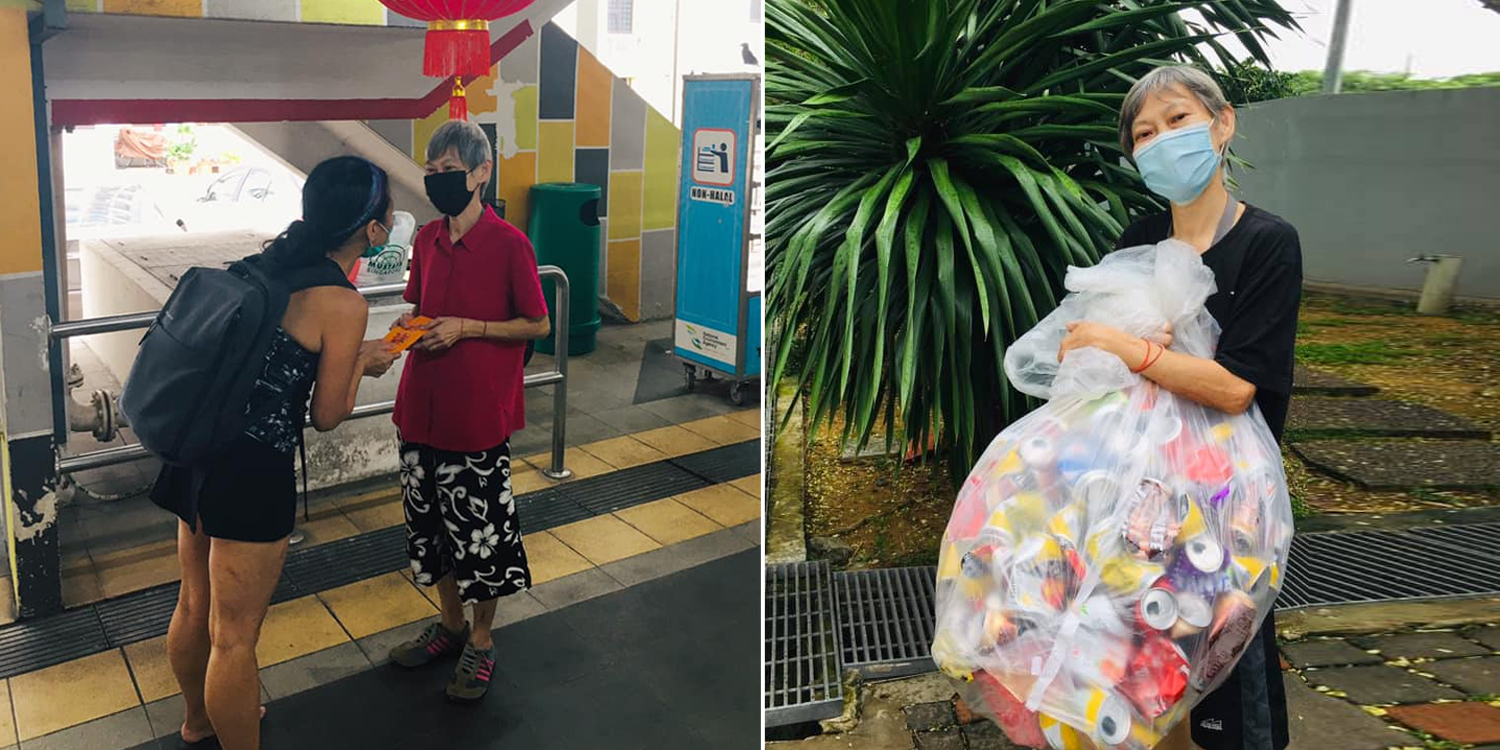 Auntie Who Collects Cans Has No Income During CNY, Eats Leftover Hawker Food

Many of us can count ourselves lucky for leading fairly comfortable lives, but we shouldn’t forget that others may be struggling to get by.

For some, they don’t even know when their next meal will be.

Back in Nov, Facebook user Ms Yeo chanced upon an auntie who was collecting empty drink cans. 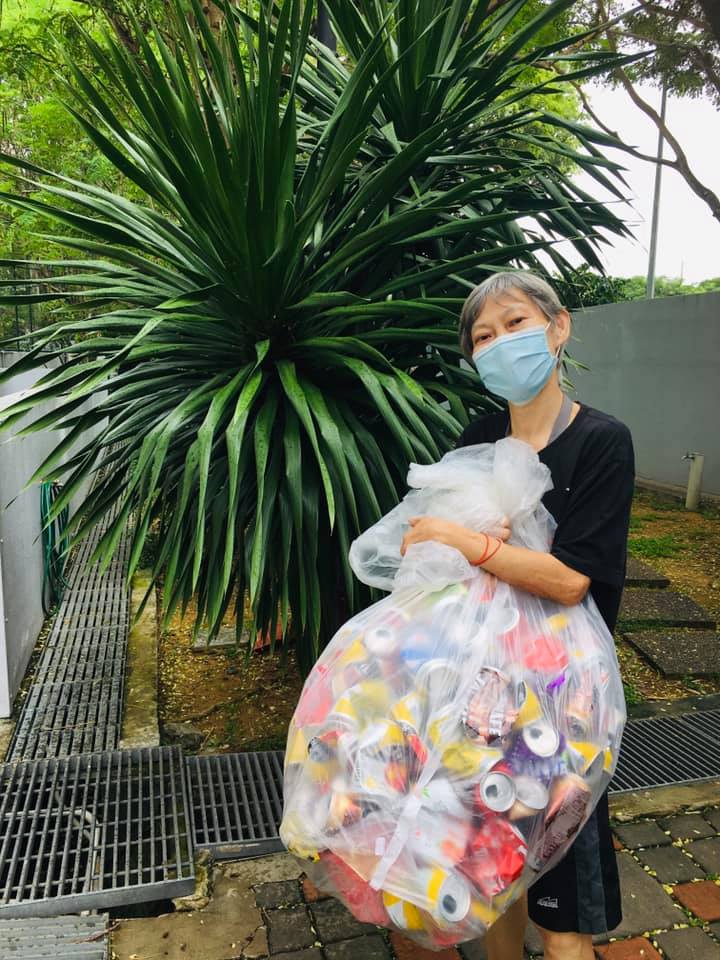 When they crossed paths again early this month, the auntie asked for her leftover food as she allegedly had no income for the month.

On Wednesday (24 Feb), Ms Yeo took to Facebook group Viral Kindness SG to share that a kind stranger had decided to gift the auntie a $100 angbao to help alleviate her situation. 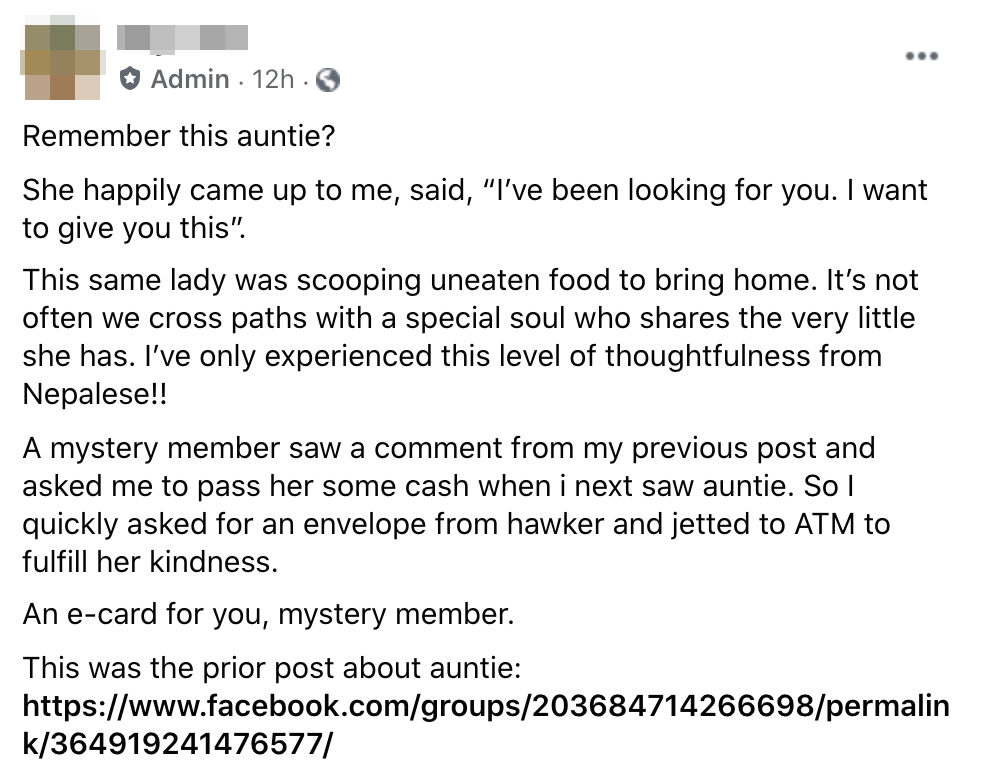 In Nov 2020, Ms Yeo shared about an auntie who collects empty drink cans for a living. 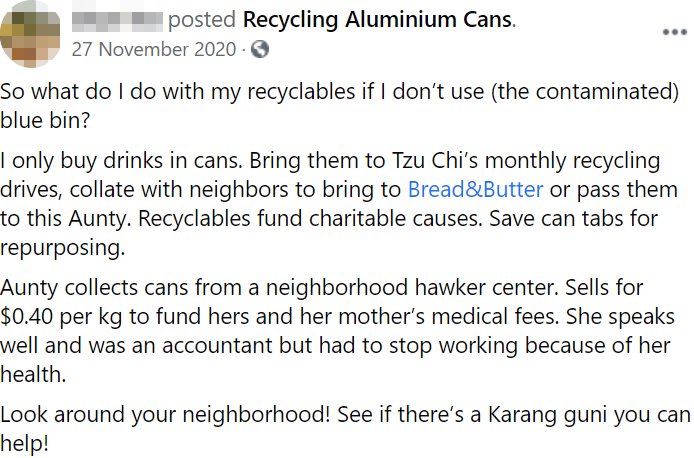 According to her, the auntie collects cans and sells them for $0.40 per kg. She uses the money to fund her and her elderly mother’s medical fees. 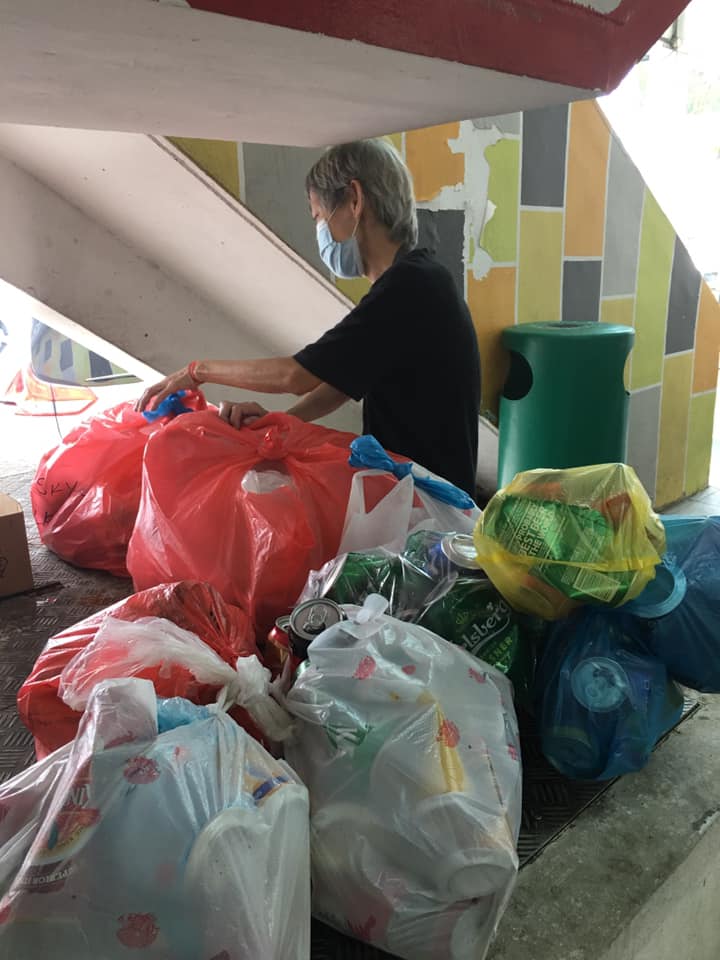 After conversing with the auntie, Ms Yeo noticed that she was quite well-spoken.

The auntie then shared that she used to be an accountant but had to stop working due to health reasons.

On 9 Feb, Ms Yeo crossed paths with the auntie again.

This time, she saw her scraping leftover food at the hawker. The auntie reportedly even asked if she could have Ms Yeo’s unfinished food to bring home for her and her mum to eat.

Turns out, the merchant the auntie sells her cans to had halted collections until after Chinese New Year (CNY), rendering her without an income.

Hearing this, Ms Yeo then passed her some cash for food.

Kind stranger gifts her with $100 angbao

When the auntie saw Ms Yeo again, she happily approached and handed her some CNY snacks. 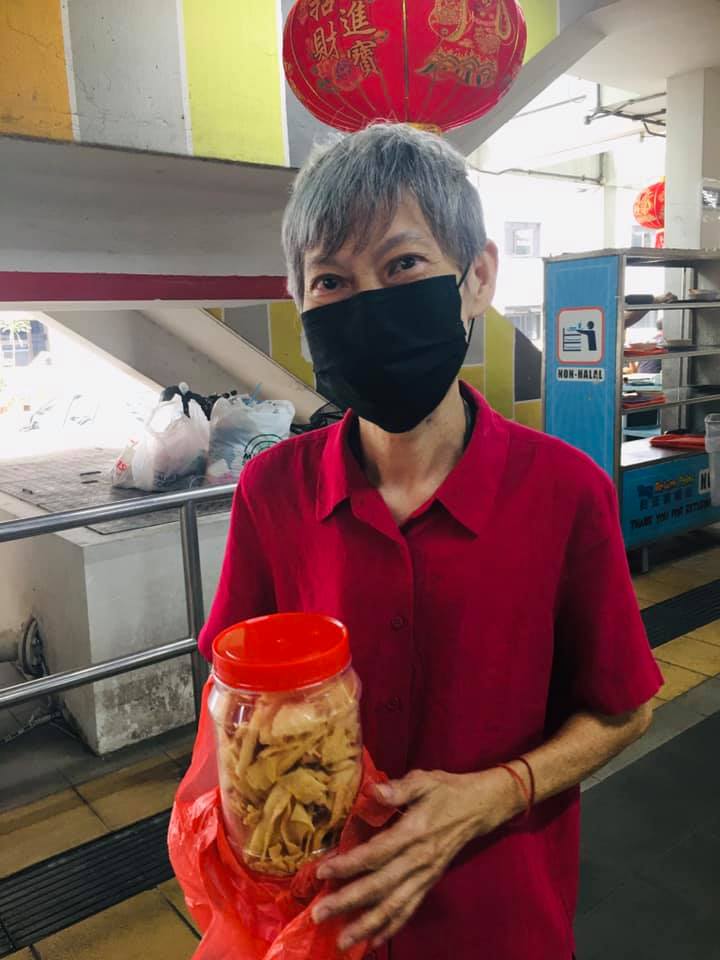 Ms Yeo was touched by this gesture — despite how little she has, the auntie was still keen on sharing it with those around her.

At that moment, Ms Yeo remembered that a kind netizen had requested her to pass the auntie some cash after coming across the Facebook post last November.

The woman then hurried off to the ATM and packed $100 in an angbao. 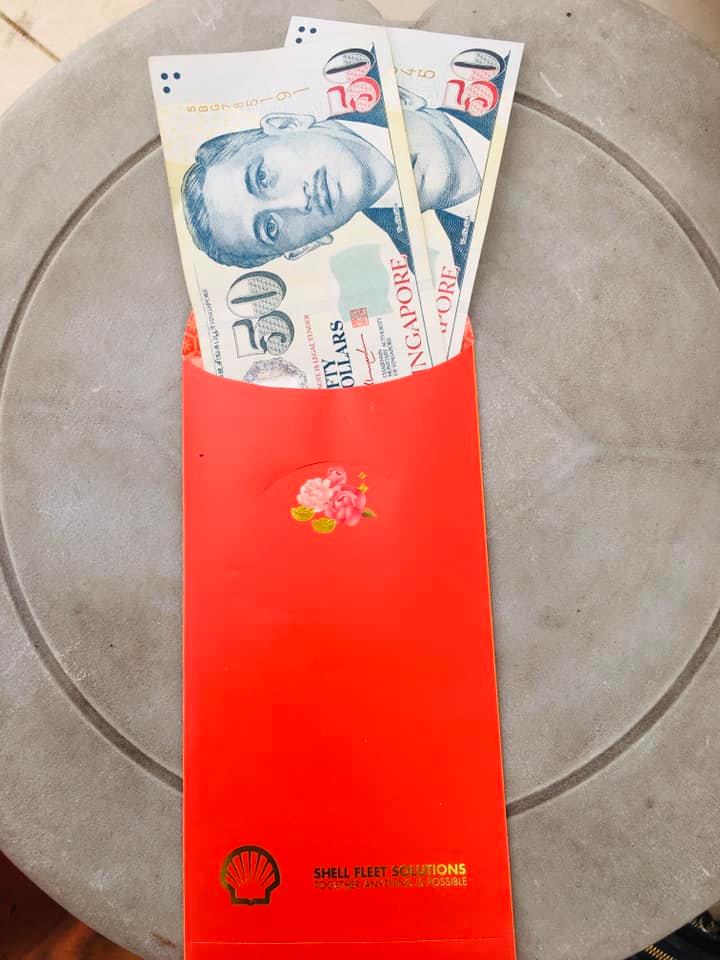 She returned and passed the red packet to the auntie, who instantly lit up with gratitude. 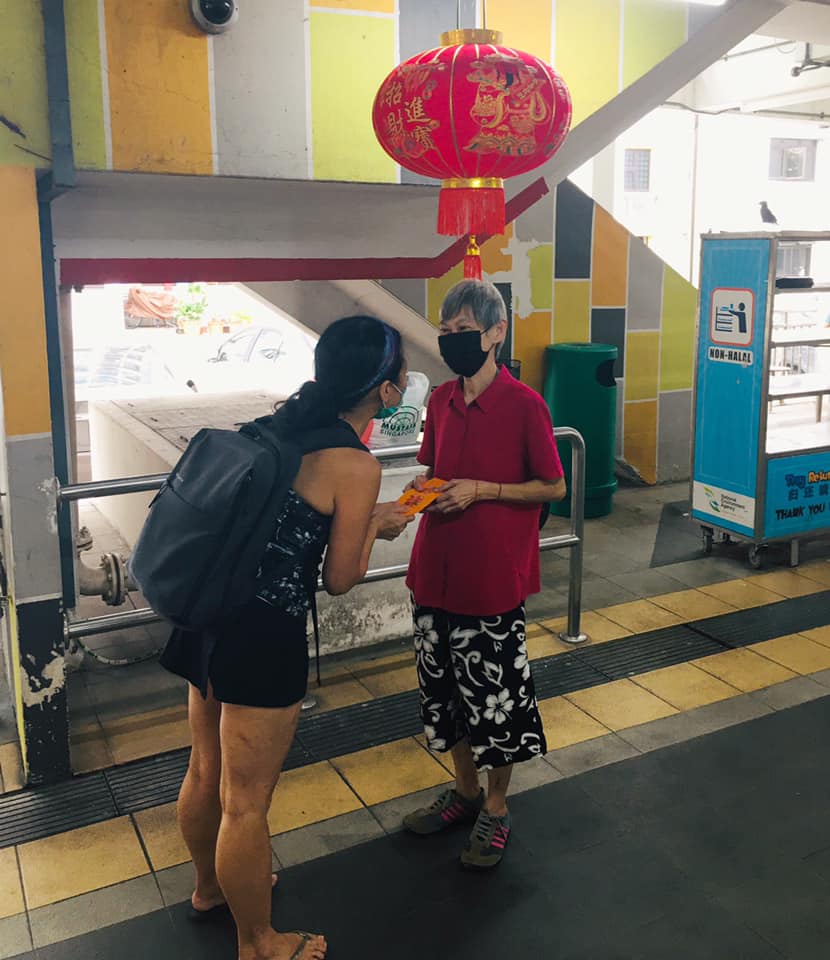 Kudos to the kind souls who helped the auntie

Life is a rollercoaster ride of ups and downs. It’s admirable to see the auntie persevere on despite the cruel hand life had dealt her.

Kudos to the kind souls who aided the auntie along the way.

Truly, it’s in tough times that the best of our human nature shines.

Hopefully, this story inspires others to also lend a helping hand to those who need it around them.